The first thing everybody notices is the car. Brian Preszler’s ’57 Corvette roadster is so striking it would’ve made Zora Arkus-Duntov a drag racing fan. In its second year of competition with Preszler at the wheel, the car gleamed, beamed, and took him right into the record books with a 2020 world championship title in Super Gas. 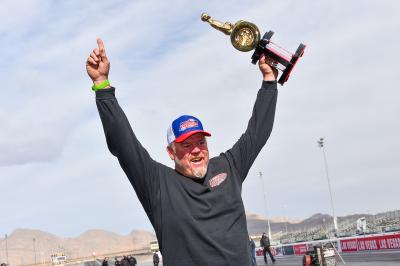 After electing to sit out the first Division 6 race in Seattle, Preszler began his season in Sonoma, where he defeated Dennis Paz, who broke out in the final round by just .001-second. In the second Sonoma race that same week, Preszler made it to the fifth round before being knocked out by Val Torres on a holeshot. “That let us really take a firm jump up in the points,” said Preszler.

The following month he towed out to Boise, Idaho, where he went three rounds, and then on to Montana, where he put together his second event win by defeating George Scott III. He banked more points at the second of the doubleheader races in Montana by making it to the third round before losing to Ed Olpin Jr.

That wasn’t exactly the way Preszler thought 2020 would go. Coming into the year, he hoped to run five national events on his side of the country. But with the West Coast races cancelled due to COVID-19, he had to travel to Indy, Dallas, and, finally, Las Vegas (for both the Dodge NHRA Finals and the JEGS NHRA SPORTSnationals). In a year where nothing was as it was supposed to be, he says the travel to tracks offered a sense of salvation. 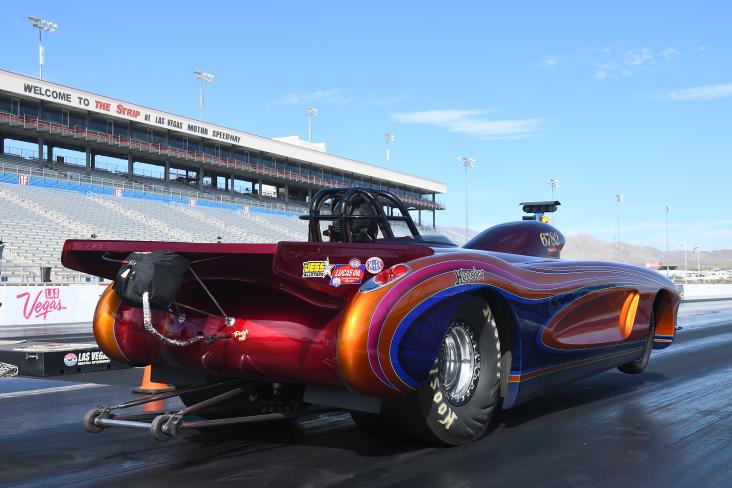 “Basically, my wife, Terri, and I only take a couple of trips every year,” said Preszler, “and this year the only vacation we got was in our motorhome at the races.” From the comfort of their house on wheels they found it easy to social distance, stay safe, see friends, and find success. “[The racing] was basically the only thing we had to look forward to this year,” he said.

Success at national events has always eluded Preszler. He went to Indy for the Denso Spark Plugs NHRA U.S. Nationals and the JEGS Allstars and ended up losing in the first round of both. Then he went clear down to Texas and lost in the first round there, too. “My success came in at the divisional races this year,” said Preszler. “Those seven-round races were a large part of my championship run.” He says that when he first started drag racing, his three goals were to win a divisional championship (which he’s done three times), have a single digit on his hoodscoop, and to win a national event.

“I’ve won a lot of races knowing where my opponent was on the track and not taking the stripe.”—Bryan Prezsler

With two of his three missions accomplished, the national event win still escapes him, but the points earned at those races in 2020 certainly contributed to his championship run this year. “I’ve just always put a lot of pressure on myself to win a national event,” he said, but it seems the pace of the divisional events suits his intensity. “I’m winning, I’m winning, and going rounds, and I’m in the groove, and things are working for me.” 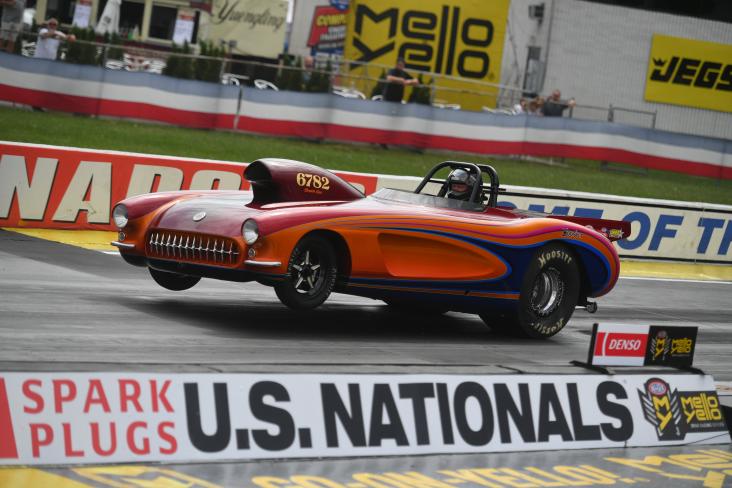 At a national event where racers run a few rounds on Friday, then a couple rounds on Saturday, and then run the last two rounds on Sunday, “[it’s] been hard for me to keep that rhythm going. I do better at races where I can race start to finish in a day.

“Originally it looked like I wasn’t even going to get all my divisional races in this year. So, we were going to go from Houston to Dallas and race those two national events, and then come up and race the Las Vegas divisional and national events.” When the schedule changed and NHRA added two divisionals, plus the national, plus the JEGS SPORTSnationals in Las Vegas, Preszler withdrew from the second Texas race.

“I talked to my employees back home and told them, ‘I’m in a lot better spot than I was in 2019.’ ” He figured if he didn’t at least take the time off and try, he’d never know what might be possible. “So, we went ahead and took off for a one-month journey that started in Texas, and then spent three weeks in Vegas,” he said. “It was the most time I’ve taken off work in 25 years.” 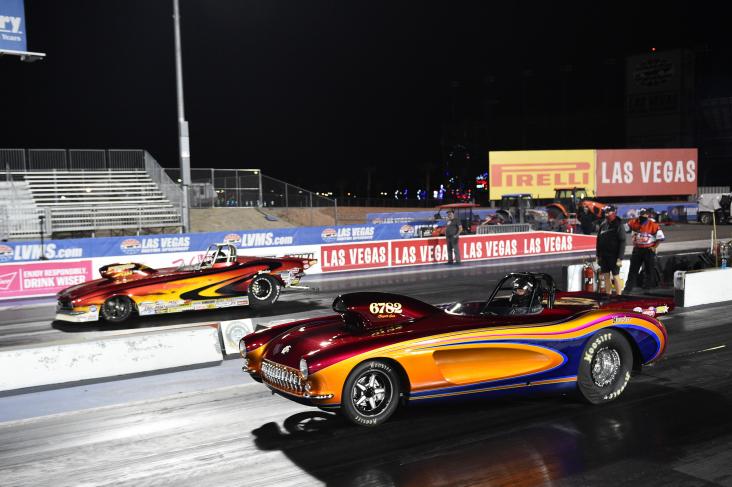 When Preszler rolled into Vegas, he knew he’d have to go three to four rounds at each race. “Rick Cates was the one who had all the races left on me,” said Preszler. “Me and him were the only ones left.” Preszler’s championship season was fully realized from the waterbox of The Strip at Las Vegas Motor Speedway. Cates needed to go two rounds further than Prezsler to get around him.

In the third round at the Las Vegas SPORTSnationals, Preszler was one pair behind Cates and got a front-row seat to see Cates’ opportunity to run for the championship come to an end. “[Cates] was in the left lane ahead of me, and I was in the right lane watching the whole thing unfold. When he went down, I was celebrating in the car because I knew then and there it was over.”

Preszler attributes his success in 2020 to the reliability of the car, the seat time campaigning a Super Comp car as well as the Super Gas car, and to his wife, Terri, who was by his side for all of the miles they needed to log to bring home the championship.