ProCharger to participate in NHRA Contingency program in Top Alcohol, Top Dragster, and Pro Mod in 2020

In addition to its sponsorship of the Pro Mod class at the 2020 NHRA U.S. Nationals in Indianapolis this year, ProCharger has stepped up and joined NHRA’s contingency program. Winners and runners-up in the Pro Mod class are now eligible for $500 (winner) and $100 (runner-up). In the Top Dragster, and Top Sportsman classes, racers are now eligible for $300 (winner) and $100 (runner-up) providing they meet NHRA’s contingency program rules (run the product and display the contingency decal).

The NHRA’s new Pro Mod rules make ProCharger’s F-series centrifugal supercharger legal to compete with a 526-cid engine combo in one of the most exciting classes to hit the quarter-mile. 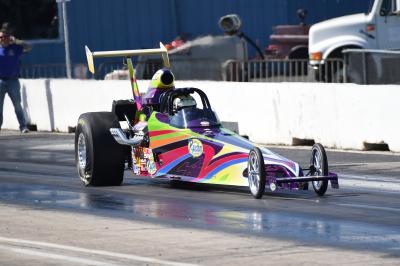 Several ProCharger racers compete in the Top Dragster and Top Sportsman classes as well. ProCharger superchargers are the first centrifugal superchargers allowed in a top level NHRA class, after years of dominating the various “street legal” classes (many of which have NHRA Pro Mod racers competing) in other sanctioning bodies.

With more than 25 years of experience in the supercharging world, ProCharger says it offers the most complete supercharger systems in the industry along with many racing systems. ProCharger racers have won more than 150 championships in only 10 years, and now ProCharger looks to make its mark and add to that championship number within the NHRA.