Grinding it Out: Tips to finding the best cam for your application

It’s often said the camshaft is the brain of the engine because it dictates the opening and closing of the valves, thus controlling the flow of air/fuel mixture to the cylinders. That’s the simple explanation, but there’s more to the story.
20 Apr 2020
Evan J. Smith, National Dragster Contributor
Racing Technology 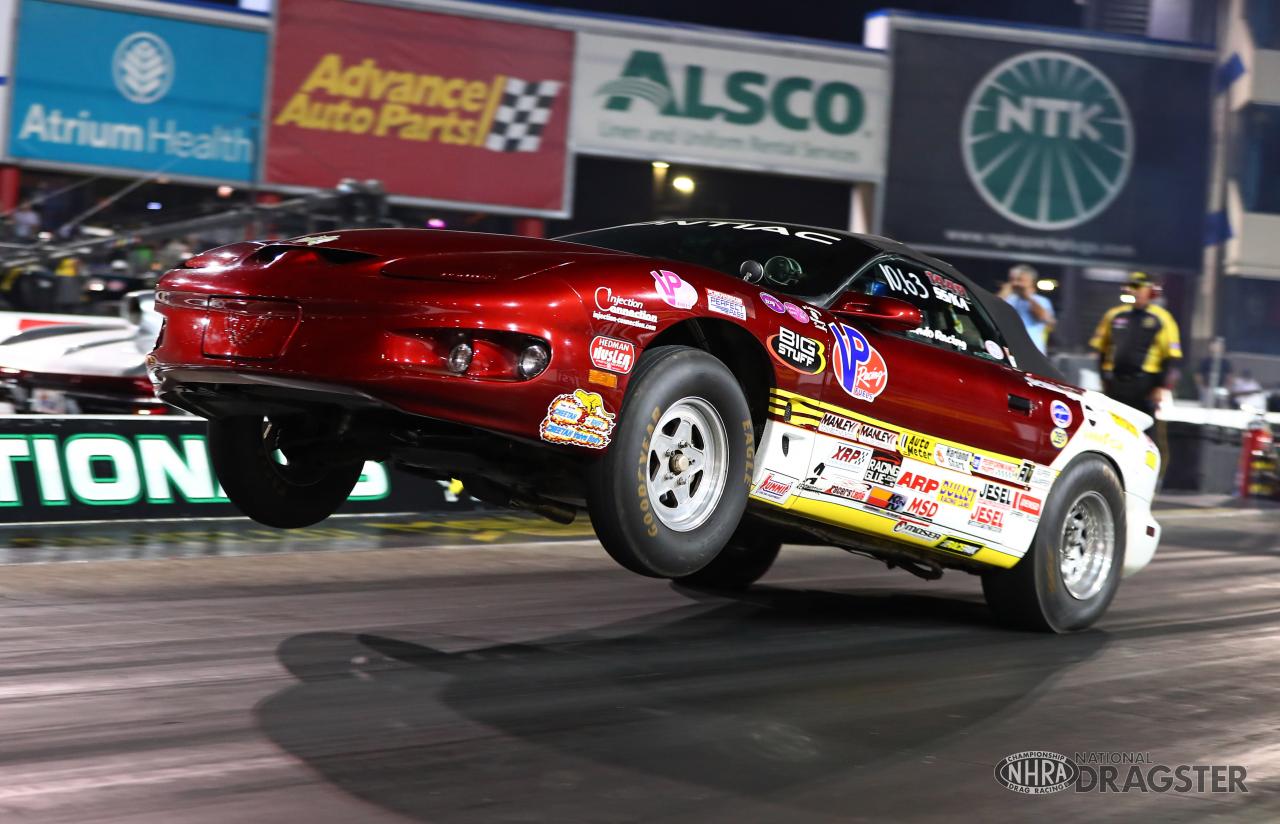 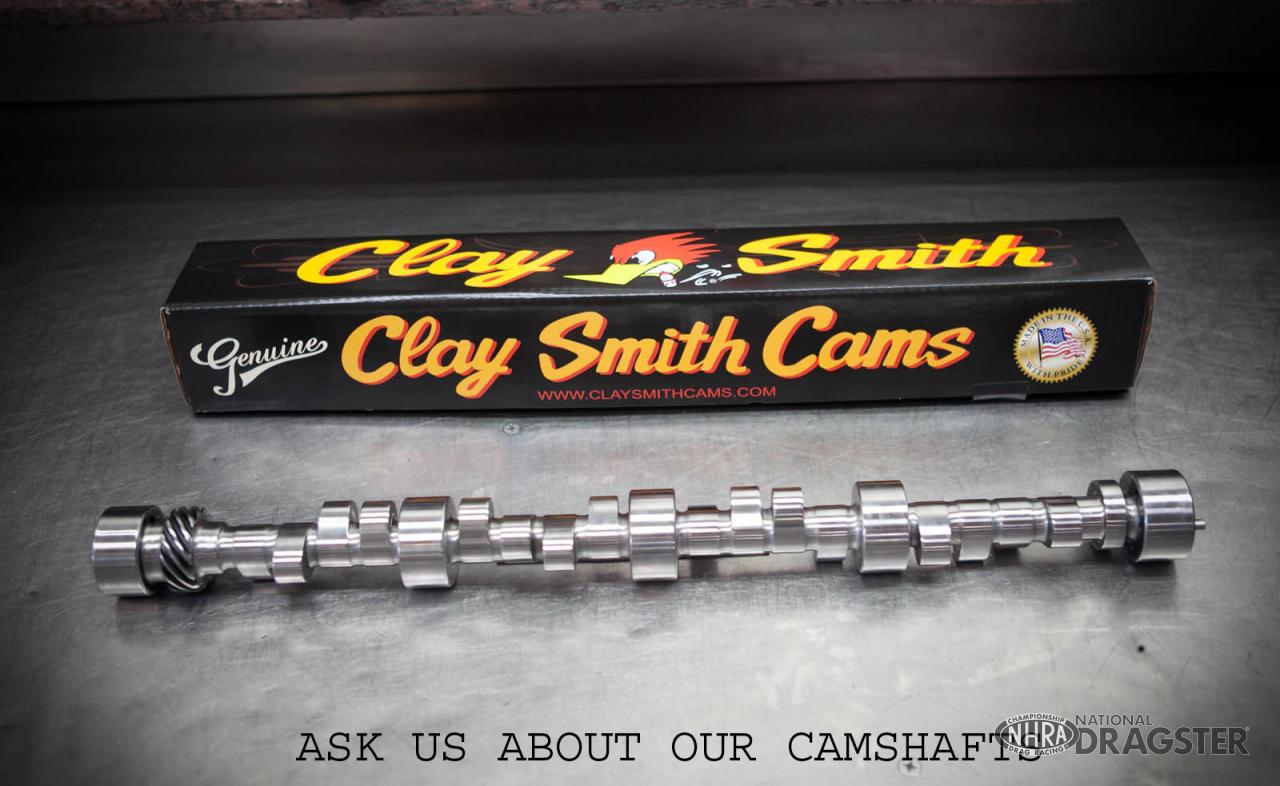 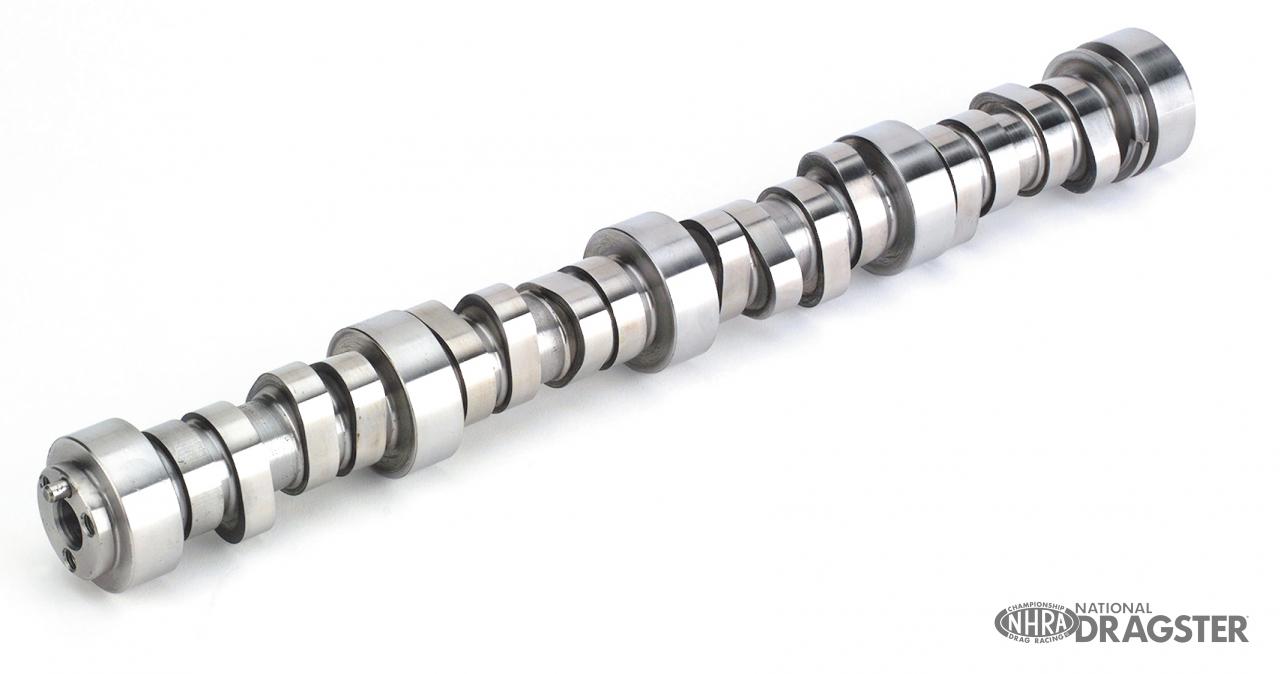 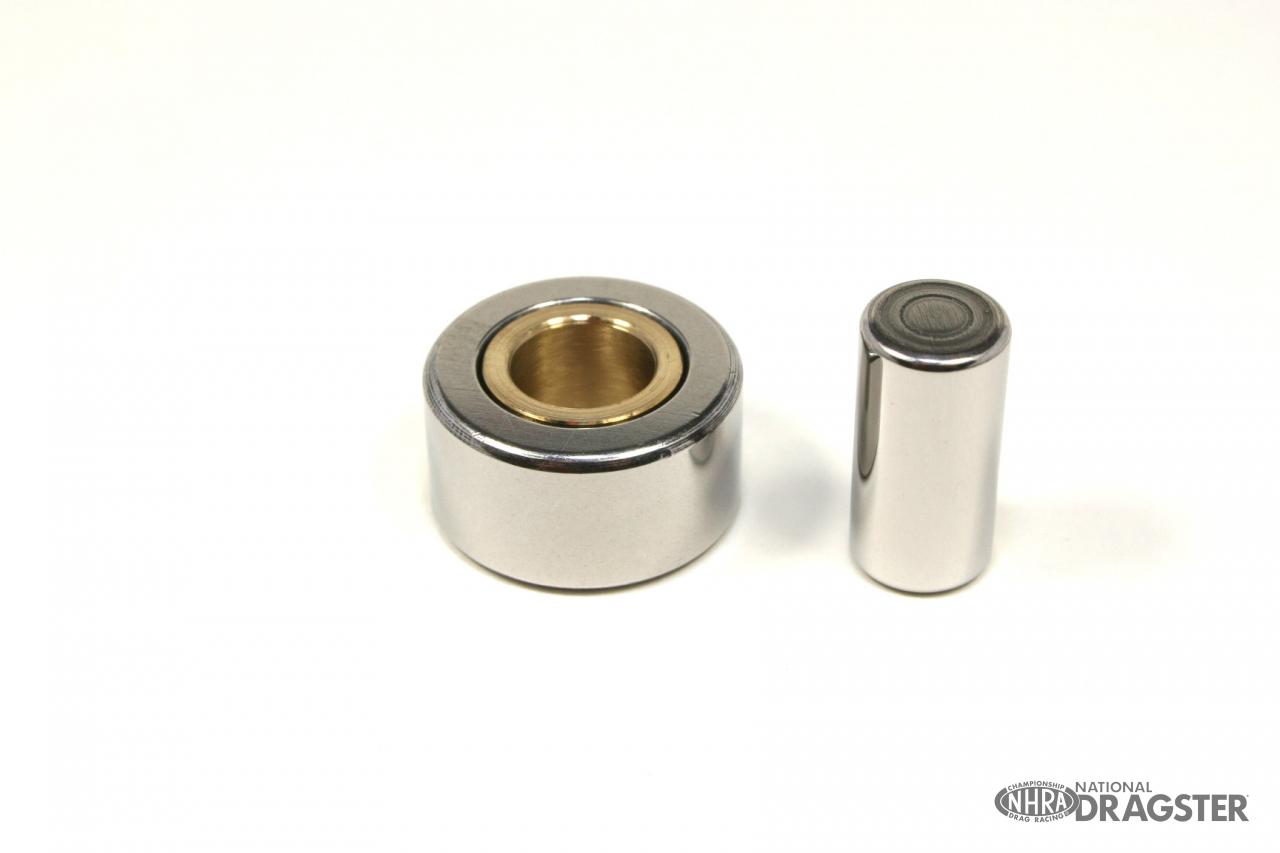 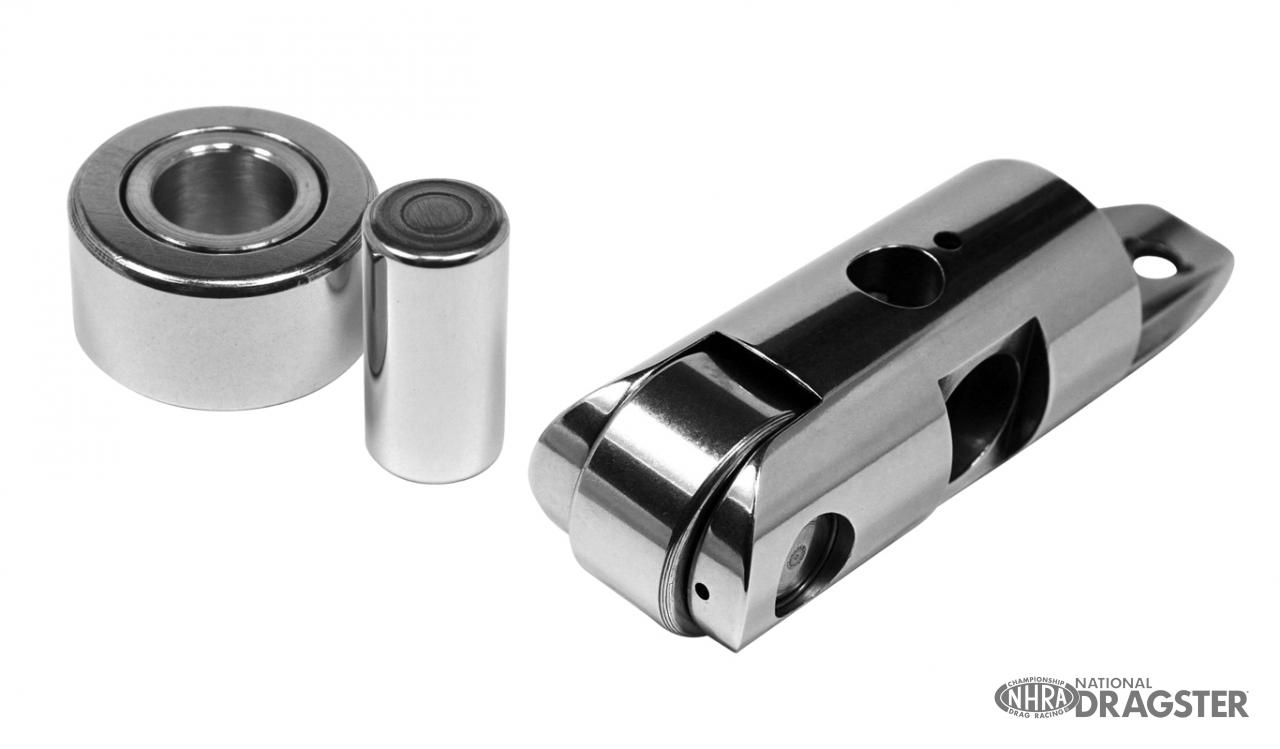 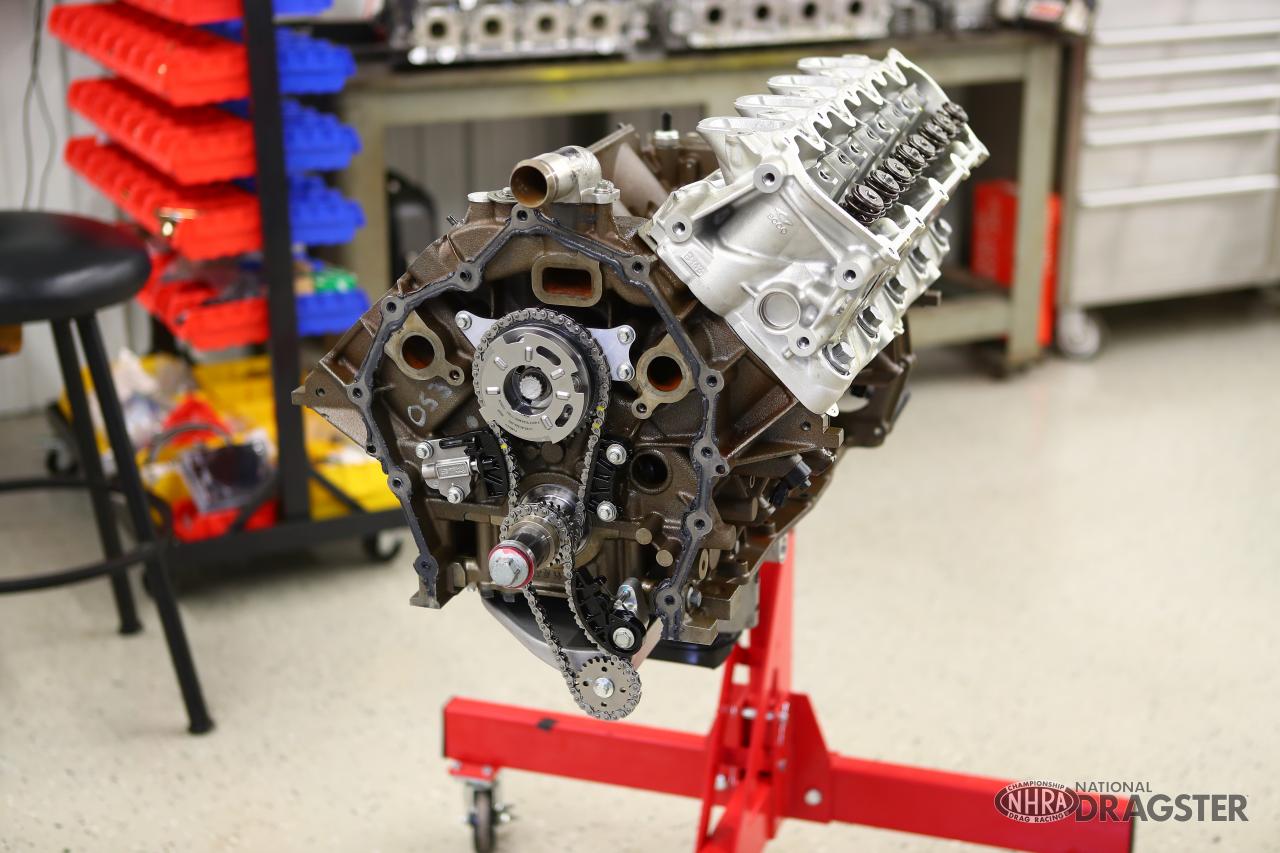 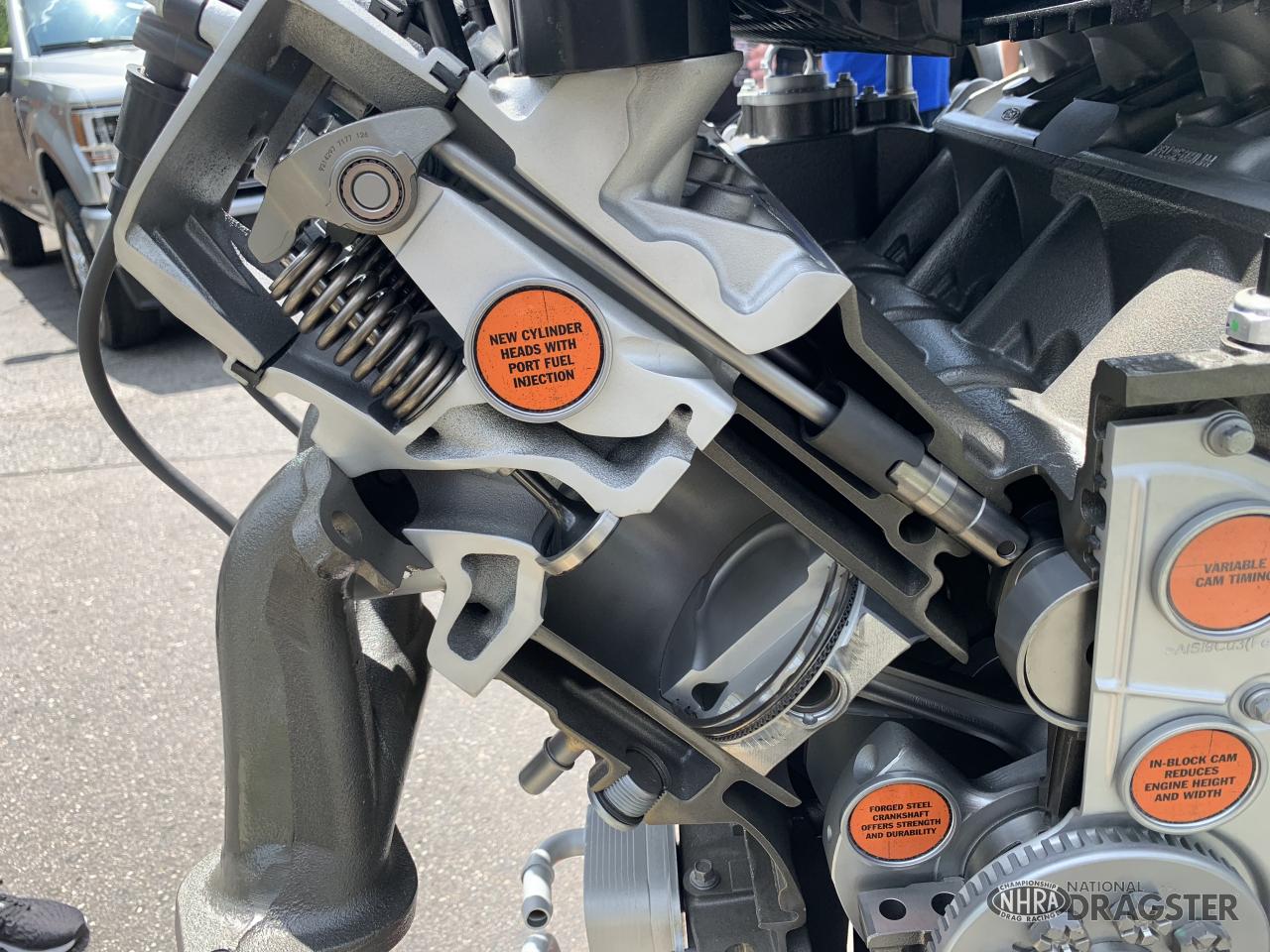 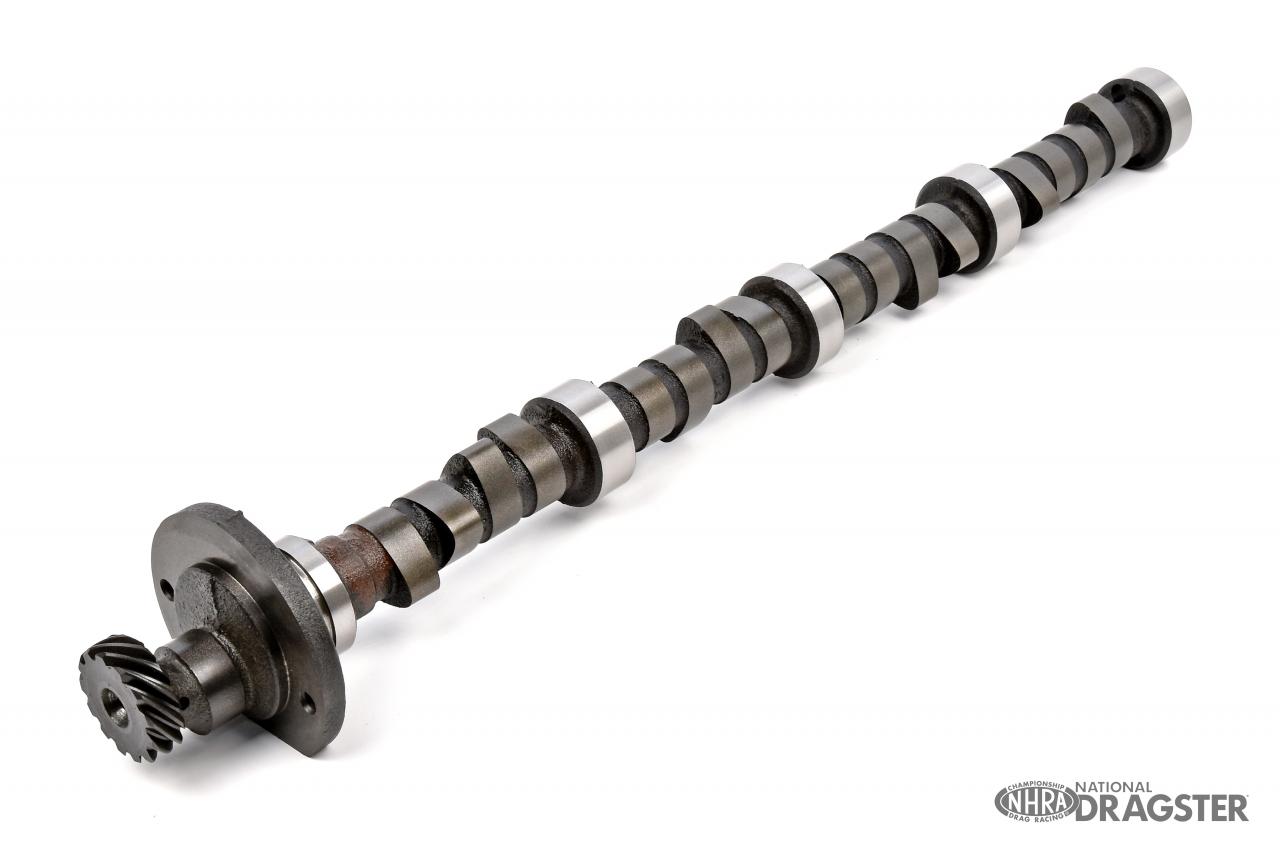 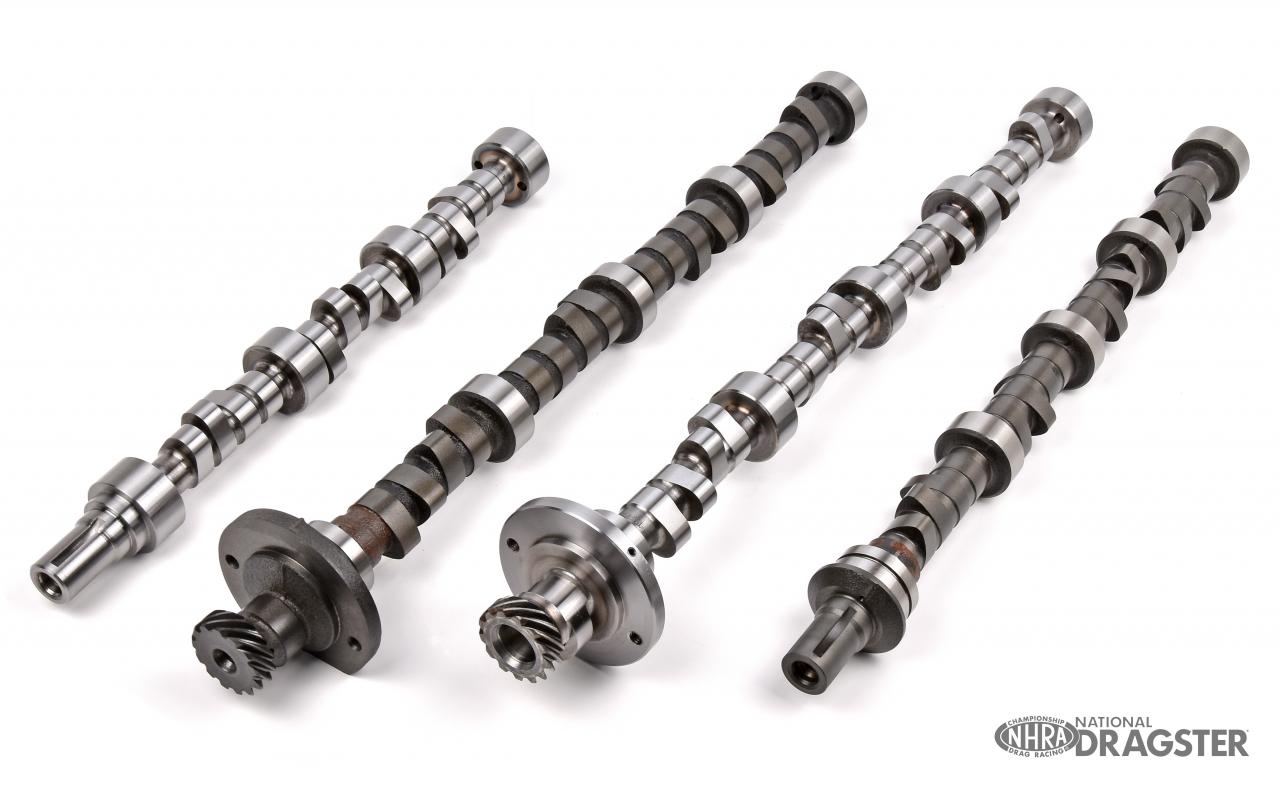 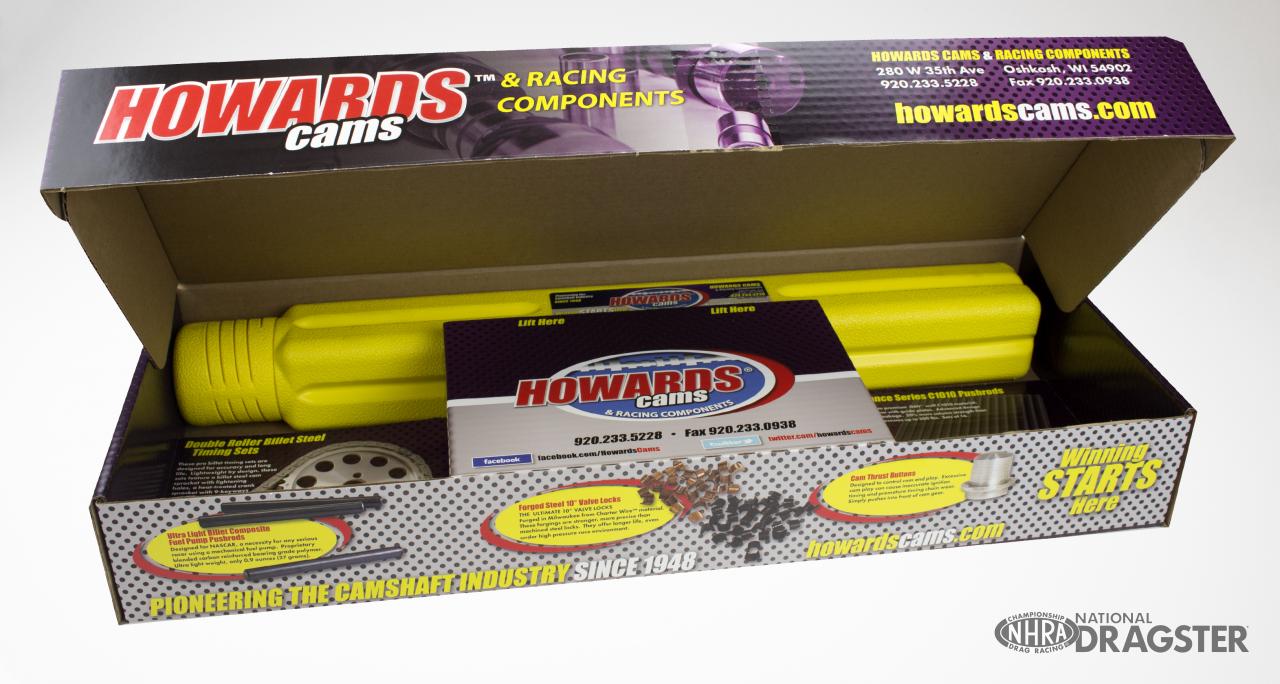 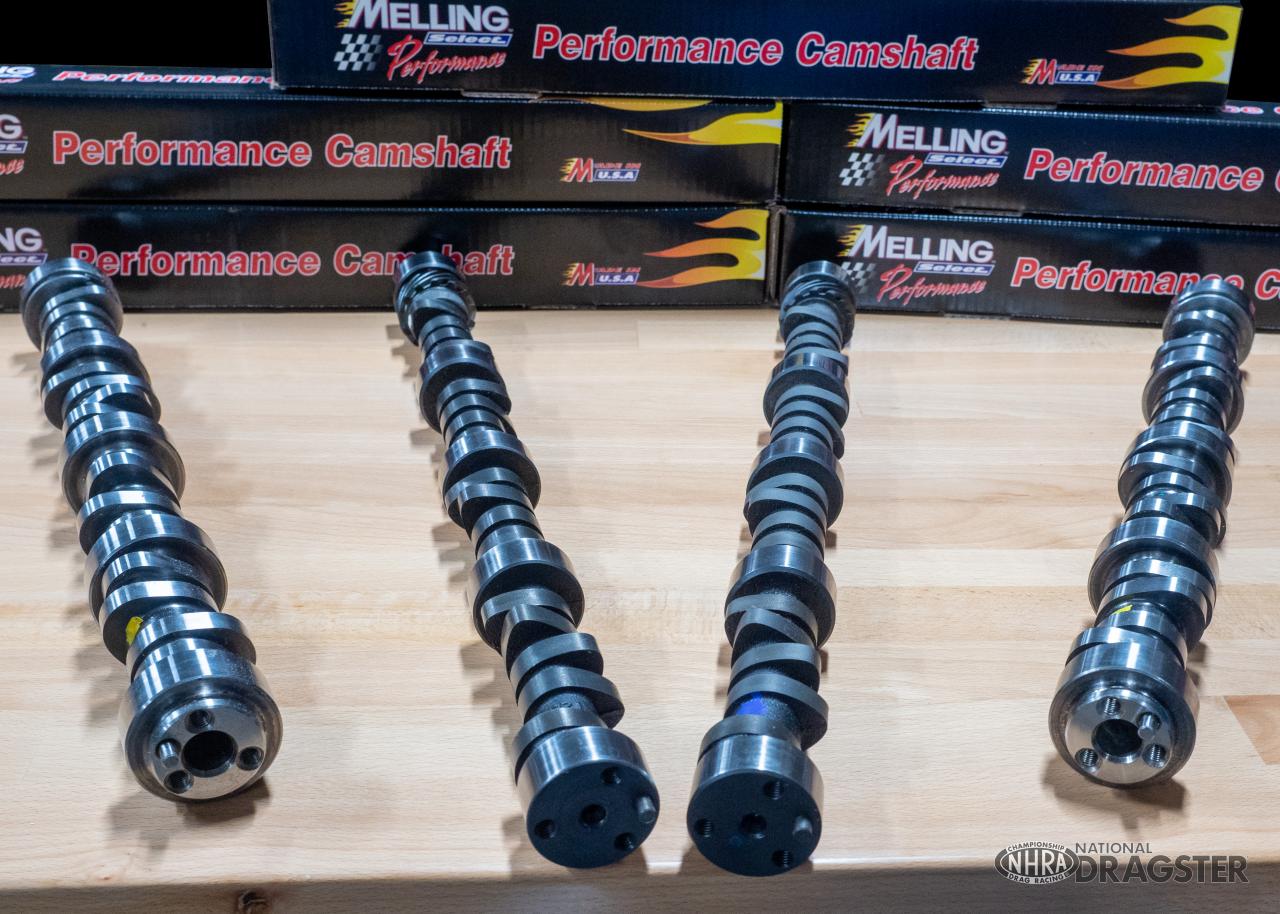 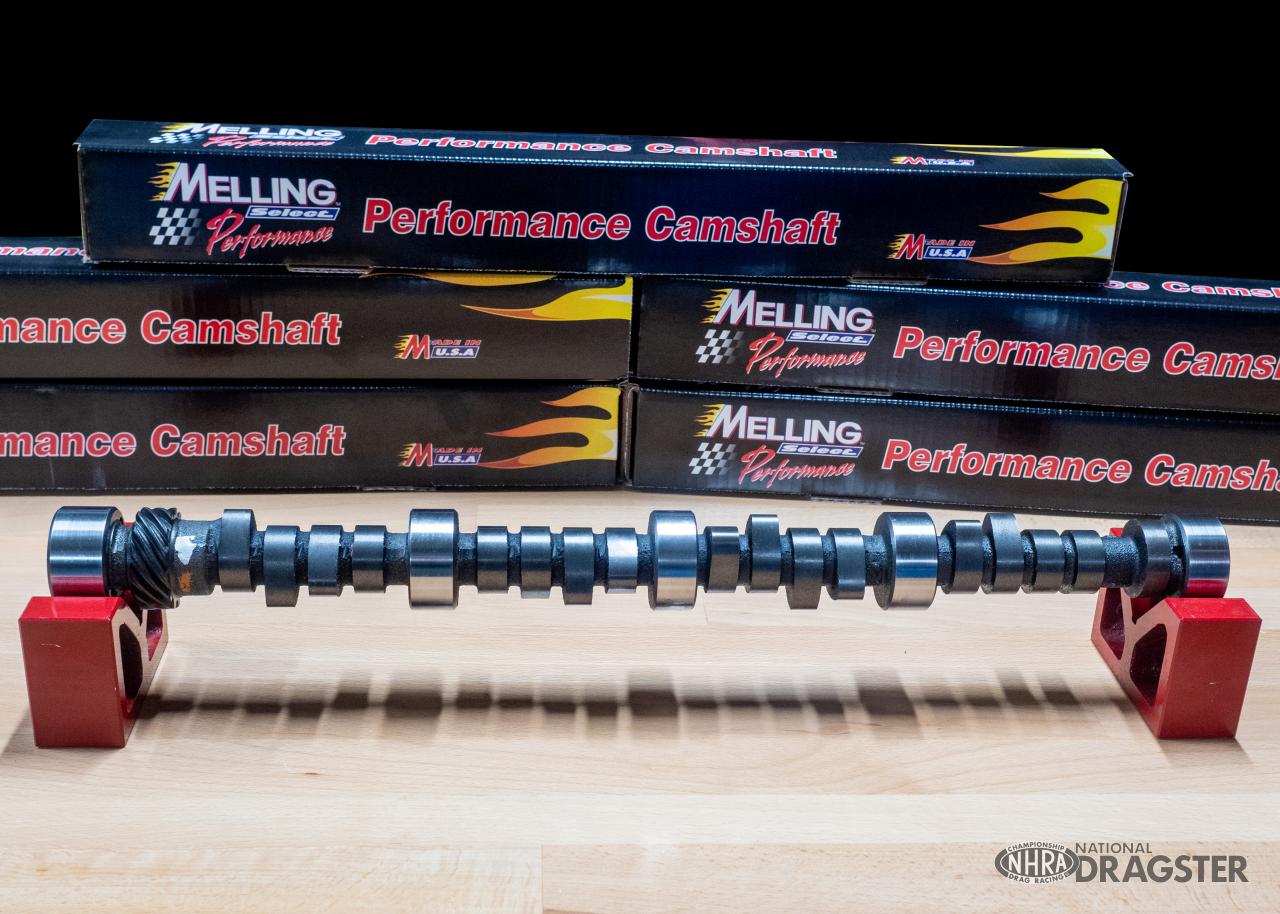 It’s often said the camshaft is the brain of the engine, but do you know why? It’s because the cam dictates the opening and closing of the valves, thus controlling the flow of air/fuel mixture to the cylinders. That’s the simple answer, but there’s more to the story.

To achieve maximum power from any cam, it must be matched to work in unison with the entire combination, from induction to displacement to gearing and even vehicle weight. We commonly concern ourselves with lift, duration, and overlap as they define a camshaft’s potential, but in addition to cam specs, every four-stroke engine relies on precise valve timing to best fill and empty the cylinders.

Typical pushrod engines use a cam-in-block design with the cam riding in a machined bore. The cam rides on bearings (actually, a thin layer of oil) within the bores. Overhead cam engines often have the cams riding directly on the machined aluminum heads with no bearings.

The cam (or cams) is driven by a chain or belt arrangement off the crankshaft. To remain in time with the four cycles, cams spin at half the speed of the crank. Maintaining this relationship is critical. Things get a little more scientific when you properly time the cam or, in lay terms, position the cam to manipulate the valves in precise relationship to the crankshaft. Doing such allows you to dial in the exact moment the valves begin to open to generate the best volumetric efficiency (VE). In addition, altering the cam timing allows you to “move” the powerband up or down. While the engine may not necessarily make more power, you can increase torque by advancing the cam and get more power at a higher rpm by retarding the cam on some engines. This is one way to fine-tune your engine to take advantage of gearing or induction.

As you know, the cam and valvetrain live in a pretty harsh environment. The camshaft is the brain that actuates lifters, which in turn moves pushrods and rockers to open the valves. Once the lifter crosses the nose of the lobe, valve spring pressure forces the valves to shut. As you can imagine, the relationship between the lifter and the cam lobe is pretty important. It’s critical that the lifter follows the lobe through the range of motion; any float or bounce can lead to a loss of performance or broken parts.

Ultimately, all racers and performance enthusiasts will want a cam (or cams) that offer the most power and reliability. Thanks to modern technology and the internet, there’s a wealth of information available at your fingertips.

This all leads to advanced methods for cam selection. Experts rely on experience and computer software programs that can predict camshaft performance. Computer modeling is really neat, as you can change cams virtually with all your engine specs in place and see different predicted results. One thing I’ve learned over the years is that you must look at your induction, compression ratio, gearing, and vehicle weight to determine what you’ll need from the cam. There are literally cams designed for everything, from towing to Pro Stock, and it’s easy to select something that is too big or just too aggressive.

Along with finding a cam that will work with your combination, you’ll want to ensure the cam and valvetrain is mechanically sound. In more aggressive applications, you should consider testing with a Spintron. Spintron machines are used to physically run the rotating assembly and valvetrain components while allowing the operator to collect invaluable data. The Spintron machine uses an electric motor to spin the engine, so you can witness and record valve movement at real engine speeds. This enables you to determine if there’s valve float, valve bounce, and/or if there are issues with valve springs, etc.

These days, racers want a custom cam for a specific application. Common obstacles, however, are class rules and budget. For instance, Stock eliminator requires factory valve lift to be maintained, but racers can go with any duration or overlap. While this sounds simple, it opens the door to try endless combinations of duration and overlap — at least as many as budget (or time) will allow. Stock eliminator rules require factory induction, stock valve sizes, and factory lift on the cam, so extending duration is the only way to improve VE. But, as I found out years ago, getting aggressive with ramp rates and selecting a huge duration cam can lead to disaster. In one instance, I tried a cam that made great power on the dyno, and unfortunately, I didn’t have enough valve spring pressure, and the result was very bad. The engine experienced massive float that led to a dropped valve after just a dozen runs. Increasing spring pressure solved the problem, but it was an expensive lesson.

“Areas that we look at are cylinder heads, the design of the piston and combustion chamber, along with valve sizes,” said Cale Risinger, technical services manager at Melling Engine Parts. “They affect compression ratio and may also limit the amount of valve lift; the valve size can also be critical in providing proper intake and exhaust flow into and out of the combustion chamber. You also have to consider the fuel system, intake manifold, and exhaust manifolds/headers. When selecting a performance cam, you need to be sure the fuel system and intake are capable of supplying an adequate air-fuel charge and that the exhaust has the capability to get rid of the exhaust gasses. And you’ll need the proper torque converter to optimize the performance of an engine with a performance camshaft, too. It’s common to select a stall converter that engages at least 500 rpm into the effective power band of the camshaft. Too much gear ratio may run the cam out of its power range too soon, while too low of a gear ratio may bring the cam into the power range.”

He continued, “The most important aspect would be what the intended use of the engine is going to be. A camshaft with .500 inch of valve lift, 250 degrees of duration at .050-inch lift, and a 108 LSA [lobe separation angle] would not be a good choice for a daily driver due to poor performance in the low- to mid-rpm range. Next would probably be the budget. The above cam should have no problem making good power up to around 7,000 rpm but will probably be pretty sluggish under 3,000 rpm, so installing this camshaft into an engine with a stock rotating assembly that will only handle, say, 5,500 rpm or an engine with stock cylinder heads, intake, and exhaust manifolds that will not allow enough flow into or out of the combustion chambers would not make a lot of sense.”

Eric Bolander, of Howard Cams, added, “Timing events, duration, and lobe separation are going to be the make-or-break factors as far as an engine making power or not. Lift is the least important of all the numbers. Cylinder heads are forgiving; should you miss the optimum lift number, the engine will probably still run pretty well. If you miss the timing event numbers, you can easily turn the engine into a creampuff. It’s all about balancing the combination, picking the right cam for the cylinder heads, cubic inches, and compression. Then it's all about choosing the right components to actually complement the combination. The most common mistake people make is ‘bigger is better.’ I will say that has gotten a little better in recent years. People still tend to go right to the bottom of the page in the catalog, but it seems to be easier to reel them back into reality.”

He continued, “Do your research, have a good idea what parts and components you want to use. Then speak to a cam expert, who will take the time to go over the combination and explain the process of cam selection, rather than getting ahold of a guy who picks a number out of the catalog and is not able to tell you why it will work for you.

“Lastly, there is a necessity of degreeing a camshaft. Degreeing your camshaft is the process of installing the camshaft, so it is timed perfectly to the crankshaft, rather than just hacking your engine together, crossing your fingers, and hoping for the best. Even if a cam is ground with perfect phasing of the lobes to the dowel pin, you still have crank phasing, key-way position on the bottom gear, positioning of the dot on the bottom gear, length of the timing chain, etc. This can, and often will throw off the phasing of the camshaft. On the cam gear, if something is only 1% out of whack, that will put your phasing off by 3.5 degrees. If something is 1% off on the crank end, it’s going to throw you off by 7 degrees once it all reaches the camshaft.

“The really bad part is, if you are off, you don’t find out about it until you get the engine in the car and it’s not running right. Degreeing a camshaft while the engine is on an engine stand is far easier than trying to do it in the car. So, degree your cams!”