#StumpBob: Has any Sportsman racer won in five classes at the same event?

Has there ever been a Sportsman racer who has won the same national event in five different classes? NHRA historian and statistician Bob Frey cannot be stumped!
27 Oct 2022
Bob Frey
Stump Bob

Another good question … and another one that could be considered a “trick” question (as a lot of them seem to be!). 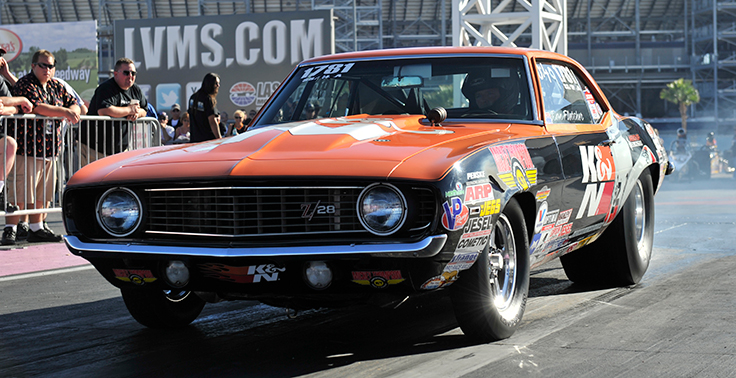 As for the others, along that same line of thinking, Jeg Coughlin won in four classes at the JEGS SPORTSnationals, but he did it at three different locations. He won twice in Columbus (Stock and Super Gas), once in Fontana, Calif., (Super Comp), and once in Belle Rose, La., (Top Dragster), giving him a win in four different classes at one event (the SPORTSnationals) even if they were a continent apart. (Plus he doubled at the 2015 Columbus event, winning in both Stock and Super Gas on the same weekend.)

And that, to the best of my knowledge, is the complete list (although, as I often say, I may have missed one … and if I did, I am sure I will hear about it).

Now that I think about it, any list that includes Coughlin, Fletcher, Richardson, Stinnett, and Butner is a pretty impressive list, any way you look at it.

Want to try to Stump Bob? Click here to send him an email.

(Questions should be stats-based. No questions like "Which racer is nicknamed 'Big Daddy'?")