#StumpBob: Which Top Fuel driver won a national event after failing to qualify? 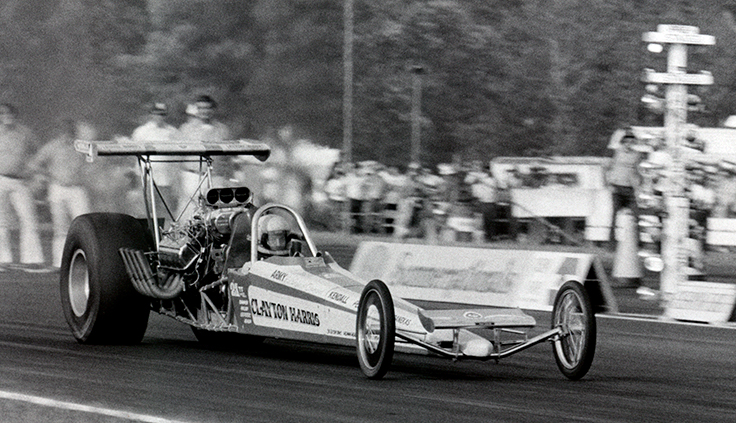 Well, you must be talking about one of my favorite people, a Drag Racing Hall of Fame member and a guy who drove one of the baddest (if that’s a word) Top Fuel cars of his era: Clayton Harris.

At the 1973 Summernationals in Englishtown, Harris struggled during qualifying and wound up as the second alternate. When Gary Beck couldn’t answer the call for round one and the first alternate, Chuck Kurzawa, decided not to run, Harris got in the show. And from there, it was all luck.

Herm Petersen fouled in round one. Dave Settles, who broke his chassis in his round-one win, didn’t show for round two, and that put Harris is the semifinals, where he would meet Marvin Schwartz. 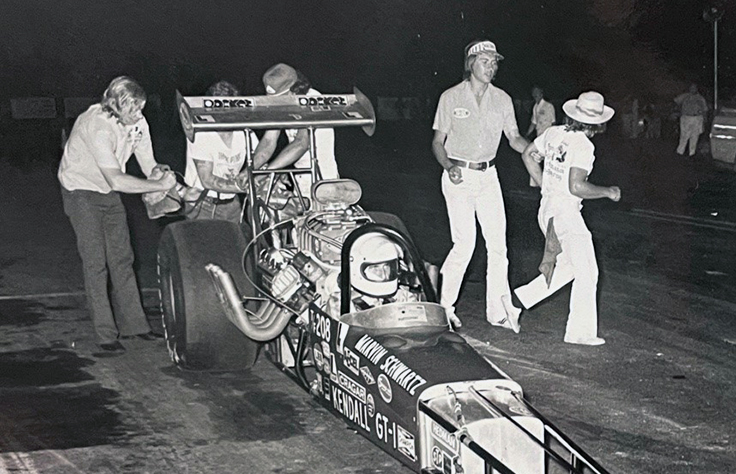 Well, as Schwartz was pushing down the fire-up road, his parachute came out, and when his crew took their time and finally shoved it back into place, Schwartz had to stage without the help of a burnout, and you know how that usually ends — with a lot of smoke.

Harris won that round with a 7.30 and moved on to the finals to meet Jim Bucher, another future Hall of Fame driver and, as luck would have it, for the second time in 1973, Bucher’s car was shut off on the starting line in the final round (it also happened to him in Gainesville).

Harris took a leisurely stroll down the track (8.72 – 149.50) to record his first and only NHRA national event win. Didn’t somebody once say, “I’d rather be lucky than good?” Well, that certainly applied to Harris on that day in Englishtown.

PS: Later that same year, a guy by the name of Tom McEwen won the NHRA Supernationals, and he got in the program as an alternate, and his opponent was a no-show for the final round. Really!!

(Questions should be stats-based. No questions like "Who was the first to run 300 mph?" or "Which racer is nicknamed 'Big Daddy'?")