Austin Williams’ ambitious 2021 NHRA racing schedule includes trying to chase championships in three different classes, but he uses a scientific approach to data to work his magic,
31 May 2021
Josh Hachat
From the pages of National Dragster

The way he figures, it’s doable to do the full complement of NHRA national event races in three classes (Super Comp, Stock, and Super Gas), followed by the six divisional races in Division 4. Williams will then do the double divisional in Topeka — a track where he’s enjoyed immense success over the years — then Great Bend, Kan., and Bowling Green, Ky., on the way to Indy for the Dodge//SRT NHRA U.S. Nationals and then stay in Las Vegas after the national event for the divisional race.

That leaves one remaining race for the two-time world champion, something Williams believes he can check off in either Phoenix in October, maybe Denver in June, or ]another stop close to his Texas home. 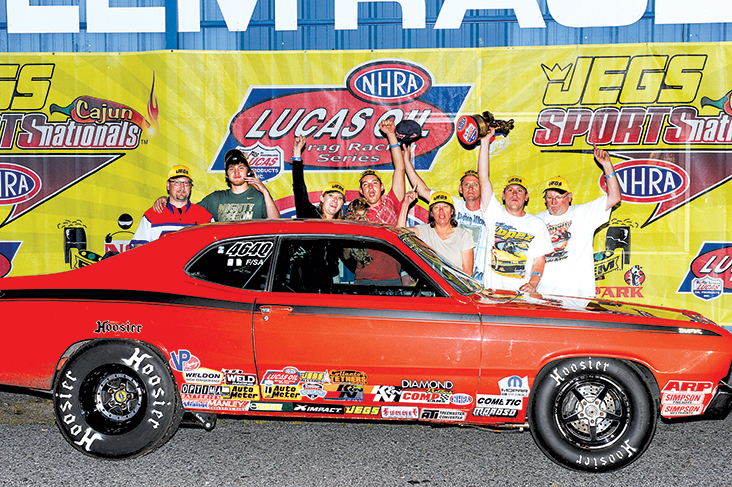 It’s a detailed plan Williams mapped out when the NHRA Lucas Oil Drag Racing Series schedule was released, and best believe, he enjoyed every minute of it.
That’s what happens when you have a guy who loves numbers nearly as much as he loves to race.

“It’s kind of crazy, but I think it would be cool to be in the hunt in three different classes,” Williams said. “It would almost be dumb not to give it [a try]. I like to race, period. Every year I plan my stuff out once NHRA releases the schedule. I’ll start with the national events, add in the divisional races, and we’ll see what we can do. I think we can make it work.”

Williams’ spreadsheets aren’t a thing of lore yet, but word continues to get around that he’s the man with all the Sportsman stats.

It’s the way Williams feeds his desire to crunch numbers, research the history of a sport that’s always been his passion and, if need be, create a new spreadsheet.

He dutifully tracks everything he can, and the more obscure or unique the stat, the better for Williams. The idea to start the stat and spreadsheet project came from two important factors, and Williams has no plans of stopping it.

“Boredom at work and a love for the sport,” Williams replied when asked of his reasons for starting the stats files. “I like looking for those random stats, and I just like the challenge. I’m a big racing history buff, and the history aspect is really appealing to me. I started keeping track of some stuff and one thing sort of led to another.

“Plus, I like being able to move up the ladder of certain accomplishments of stuff.”

One stat Williams enjoyed tracking was consecutive years winning a national event. He figures it’s a good way to track sustained success, diving into patterns, keys, and what it took for a driver to achieve that success. 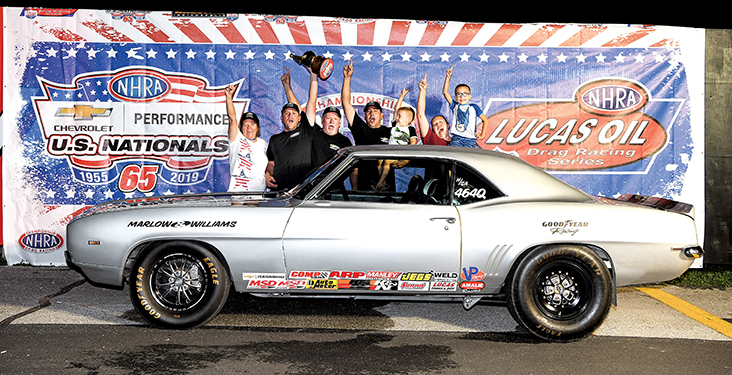 He lauds the work of Justin Lamb, who carries a nine-year streak into 2021, making him the current leader. That gives Williams something to investigate, looking for any way to improve his already stout program.

“I think you can learn a lot from the past and see who has had sustained success,” Williams said. “Take Jimmy DeFrank — out of 25 years, there were 20 years where he finished in the Top 10. What is he doing that I can apply to my program? In the day of live feeds, you can learn a lot without having to be at the track.”

It’s led to a thorough investigation of his program, and there are a few important tidbits he’s picked up on as well.

A large part of it centers on the preparation, which suits Williams’ data-driven mindset perfectly.

“It’s all about planning and execution. I know where my strengths and weaknesses are, and I want to give myself the best probability to turn on a win light in any situation,” Williams said. “I think my planning is 90% on most of the rounds, and where I fail is execution. I’m OK with that if I have the right plan. Where I struggle is if I have trouble planning the round.”

The 31-year-old Williams knew early on there were two things he was most interested in: racing and numbers.

That meant hanging out at the track with his parents at a young age and excelling in math. It turned into racing Jr. Dragsters across the country and spending memorable Saturday nights at the old Texas Raceway in Kennedale, Texas, just outside of Dallas.

“We would just go down on a Saturday night, sit at the finish-line bleachers, and just watch,” Williams said. “I learned so much about this community at a local level. Once you’re in this life, it’s like a giant family, and that’s probably the best part of it.”

Williams also knew from an early age he was exceptional at math. Once he succeeded in that and racing, it fueled him to do more and keep at it.

He started racing his mother’s ’69 Camaro when he turned 16, and by 2014, Williams had his first NHRA world championship in Stock. He also graduated from Texas A&M in 2013 with a chemical engineering degree, using his skills to carve out a career as an engineer in the oil field service industry. 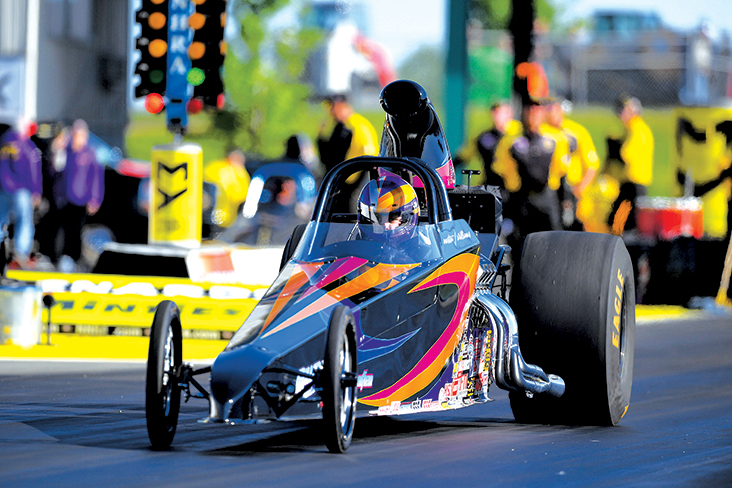 It allows Williams to play on both of his strengths, and combined, he’s found the perfect match in Super Comp and Super Gas racing.

“I deal with numbers and probability, and I apply that approach to my racing,” Williams said. “That’s probably why I’m drawn to the Super Comp/Super Gas side of things. Tommy Phillips said, ‘Super-class racing is just high-speed math.’ You’re reading the weather, the throttle-stop numbers, and all those things, and all of these numbers are coming into play at 170-180 mph.

“If you were to dive into that class from the numbers aspect, it’s super interesting stuff. On the Stock eliminator side, it’s probably my more natural habitat. I think it’s the most natural, authentic form of racing.”

Williams’ track record is already remarkable, but the young talent may just be warming up.

Still, it’s hard not to be impressed at what he’s already accomplished. 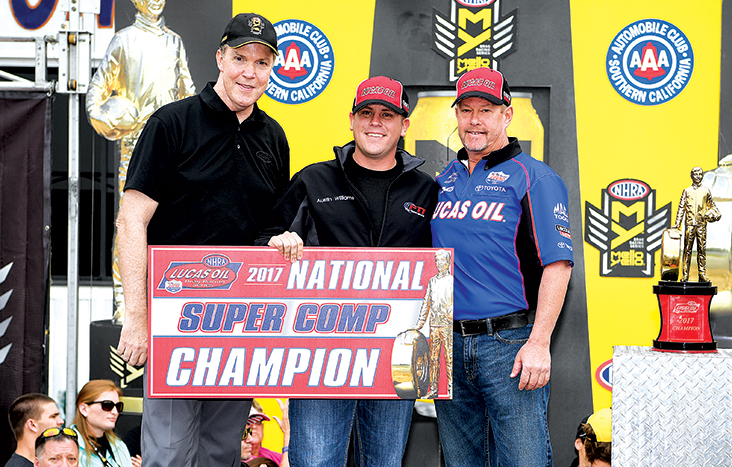 There was the world championship in 2014, another one in 2017 in Super Comp, and 14 career national event wins, and Williams recently picked up his 17th career NHRA Lucas Oil Drag Racing Series victory, opening the season with a win in Super Gas at No Problem Raceway in Belle Rose, La., in February.

Williams knocked off Luke Bogacki in the final round, starting his 2021 season in style.

“It’s always nice to get an early win, especially over Luke,” Williams said. “I usually don’t start the season well, and this year, I started better than normal. That’s a huge step and keeps you motivated the rest of the year.”

There are plenty more accomplishments to mention, too.

Like the double-division championships in Stock and Super Comp in back-to-back years (2015 and 2016), or the five consecutive wins in Topeka.
It’s also impossible to ignore the 2019 win in Stock at the U.S. Nationals. That heads-up final round will live in lore, as Williams’ perfect .000 reaction time to claim the victory at the sport’s biggest race sent shockwaves through the racing world.

“I don’t know if I’ll be able to have a singular win top that,” Williams said.

He’s certainly going to try, though.

Williams has listed a few items still on his bucket list, including a JEGS Allstars event victory. He’s been seven times and yet to win, so that remains a big goal, as does a victory at the Summit E.T. Racing Series finals.

Add in another Dallas national event victory and there’s plenty to keep him motivated. Williams said driving one of Buddy Wood’s roadsters in Super Gas has been challenging and reinvigorated him, while he redid his mother’s ’69 Camaro over the winter. Williams called that his favorite car of all time, and coupled with his Super Comp dragster and ’72 Duster, he’s got plenty of opportunities to succeed in 2021 — ambitious schedule and all.

“There’s still a lot I would like to accomplish,” Williams said. “I’ve tried to keep my racing simple, trusting my instincts and trusting my program and previous experiences. I want to keep it simple and not get overly fancy, control what I can control, and hopefully win lights will come on.”