The 2021 season wraps up next weekend at the Auto Club Raceway at Pomona with the Auto Club NHRA Finals, the 57th running of the race that’s colloquially best known as “the World Finals.”

From 1960 through 1964, NHRA’s world champions were decided under an ever-changing formula. In 1965, Southwest Raceway in Tulsa, Okla., hosted the first NHRA World Finals, and for the next nine years, the winners of the World Finals were that season’s championship until a points-based championship was introduced in 1974. The Finals stayed in Tulsa through 1968 then went to Dallas Int’l Motor Speedway in 1969 and 1970 before moving on to a three-year stint in Amarillo, Texas. 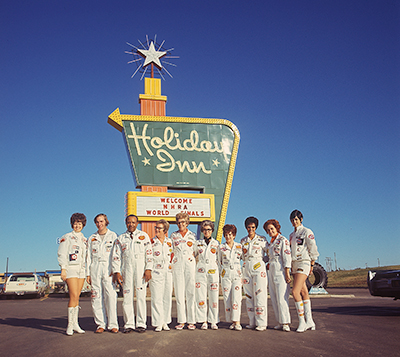 Since 1974 — except for last year’s COVID-19-caused finale in Las Vegas — the last 45-plus Finals have been contested in California, from Ontario Motor Speedway to Orange County Int’l Raceway and then Pomona, but I thought I’d pick a nice, round 50-year jump back into time for a look at the 1971 Finals in Amarillo, the first of three held in the Texas panhandle.

The move to Amarillo was a surprising one and came in August after the Dallas track decided midyear to switch to IHRA affiliation, not long after NHRA hosted its Springnationals at the track, reportedly to get a larger split of gate receipts. Looking for minimum disruption of the racers’ already-committed travel plans and to keep the event centrally located, NHRA turned to hotel-stocked Amarillo, even though the track’s 3,700-foot elevation did cause some concerns. In fact, the 1971 Finals was the first NHRA national event to use correction factors for index and records. 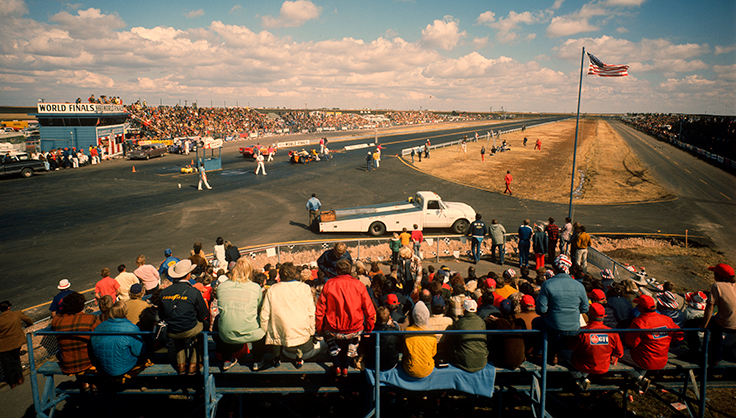 Texas governor Preston Smith was on hand to welcome the racers and fans from 39 states to the revitalized raceplant, which included  expanded grandstand seating and staging lanes and an all-new two-story timing tower. Track operator Earnest Walker rallied the whole town of Amarillo to his side, including a 75-racecar parade down the main drag, Polk Avenue, and considerable local television coverage. And, of course, there was the legendary eatery, The Big Texan, where you could get a free 72-ounce steak — if you could eat it and all the trimmings in an hour (many tried, and many failed). 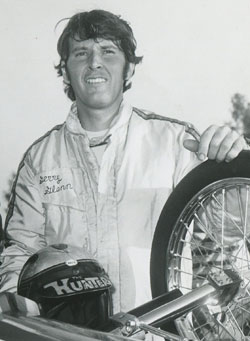 The 1971 Finals featured what to many was considered an upset Top Fuel final as Gerry “the Hunter” Glenn beat recently-crowned AHRA World Champ “Big Daddy” Don Garlits, who was looking to unify the class championship for the first time in history.

Even though rear-engined cars — most notably Garlits' Swamp Rat 14 — had begun to take over the Top Fuel landscape. Southern California fans knew just how badass the uniquely-engineered, Bill Schultz-tuned Schultz & Glenn slingshot was, having racked up impressive e.t.s and big wins that season.

Although all 32 cars in the field were “qualified” by virtue of their respective points standings in the Western and Eastern Conferences, qualifying runs were used to determine ladder positions and every first-round race featured a West vs. East matchup.

Glenn led Western Conference qualifying with a 6.68, just ahead of future Funny Car star Raymond Beadle, who had won the Division 4 race in Amarillo earlier that season and put the front-engined Vance Hunt/Prentiss Cunningham rail in the No. 2 spot with a distant 6.82. Behind them were recent Nationals champ Steve Carbone (6.86) and Division 5 champ Bob Stewart (6.92).

Bob Gibson led Eastern Conference qualifying with a 6.76, which was matched by Clayton Harris in his new rear-engined machine. Pat Dakin, who had won Le Grandnational in Canada earlier that year, was third at 6.80, and Garlits was fourth at 6.84 (which, essentially, was the sixth quickest time of all qualifiers).

After a first-round bye, Glenn plowed his way past Eastern Conference champ Jim Paoli, Dave Uyehara, and Jim Walther with a best of 6.69 to reach the final round, and Garlits beat Division 4 champ Mike Tarter and red-lighting Jerry Ruth and Beadle, before unleashing a low e.t. blast of 6.60 on Harris to make the money round.

Garlits, still stinging from his loss to Carbone in the great burndown at the year’s Nationals, was favored to win the final and staged quickly, then inexplicably fouled away a stunning 6.55 to Glenn’s 6.59 at 227.29 mph (top speed of the meet) to make Glenn the world champ. 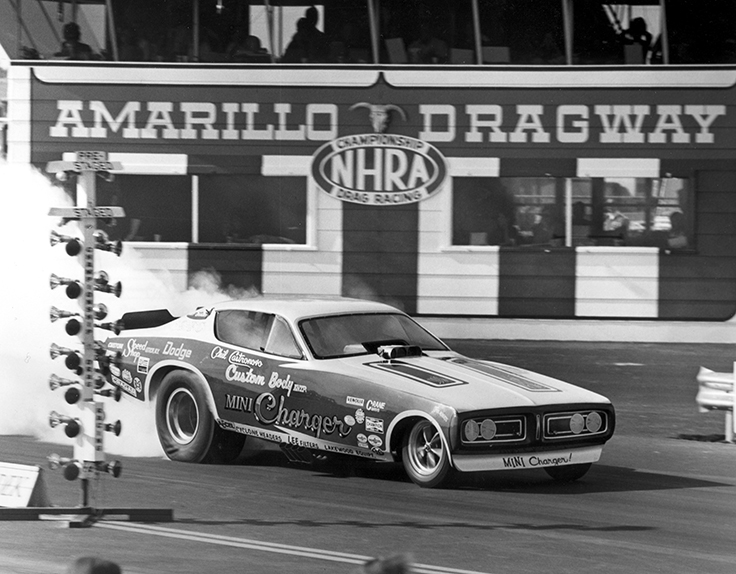 Leroy Goldstein and reigning world champ Gene Snow led their respective conference’s qualifying efforts with matching 6.90s. Goldstein ended up with the altitude-factored national record of 6.80 in the Candies & Hughes entry and reached the semifinals before a broken rear end stopped him against Castronovo, who, interestingly enough, had upset Snow a round earlier when “the Snowman’s” Charger also suffered a broken rear end. 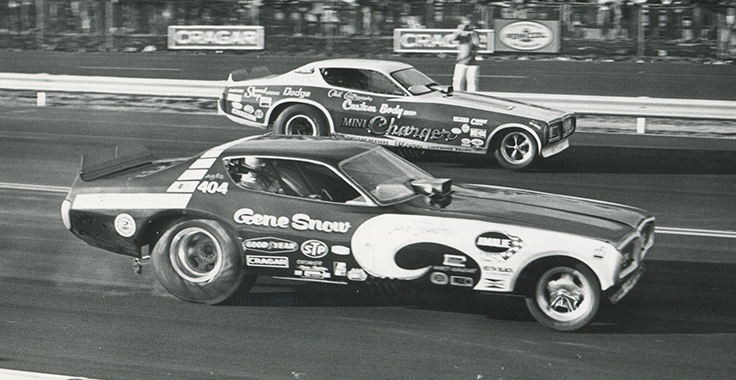 The final pitted Castronovo against Snow’s teammate, Jake Johnston, who had beaten Al Marshall and Kelly Chadwick sandwiched by a pair of byes. Johnston’s good fortune ended in the final round with — you guessed it — a broken rear end. It was the first of two almost world championships for Johnston, as you can read in the above-linked story.

Pro Stock went in another upset to Mike Fons, who not only stopped the unstoppable Ronnie Sox in the semifinals, 10.06 to 10.14, but also beat Sox’s teammate, Herb McCandless, in the final, 10.05 to 10.40, to earn a conclusively huge win for the Rod Shop team.

Austin Myers won what was the last NHRA Top Gas world championship, taking the win in Butch Hummel’s twin after favored Bill Mullins — say it with me — suffered a broken rear end. The Top Gas class was discontinued after the 1971 season.

Thanks for taking this fun trip a half-century back in time with me. Odds are that Texas will be a big part of this year's Finals in the name of Steve Torrence.