It's Ford vs. Dodge vs. Chevy as the SAMTech.edu NHRA Factory Stock Showdown debuts this weekend

A year ago, the SAMTech.edu NHRA Factory Stock Showdown produced some of the most thrilling action of the season with former Pro Stock driver Drew Skillman earning the championship over a stacked field that included fellow Pro Stock alumni Bo Butner, as well as current Top Fuel star Leah Pruett. Five different drivers won a least once last season with the Ford Cobra Jet claiming six titles and the COPO Camaros earning two. While the Dodge Challenger Drag Pak teams were shut out of the winner’s circle, Pruett, the 2018 class champ, scored a runner-up at the season ending event in Dallas. 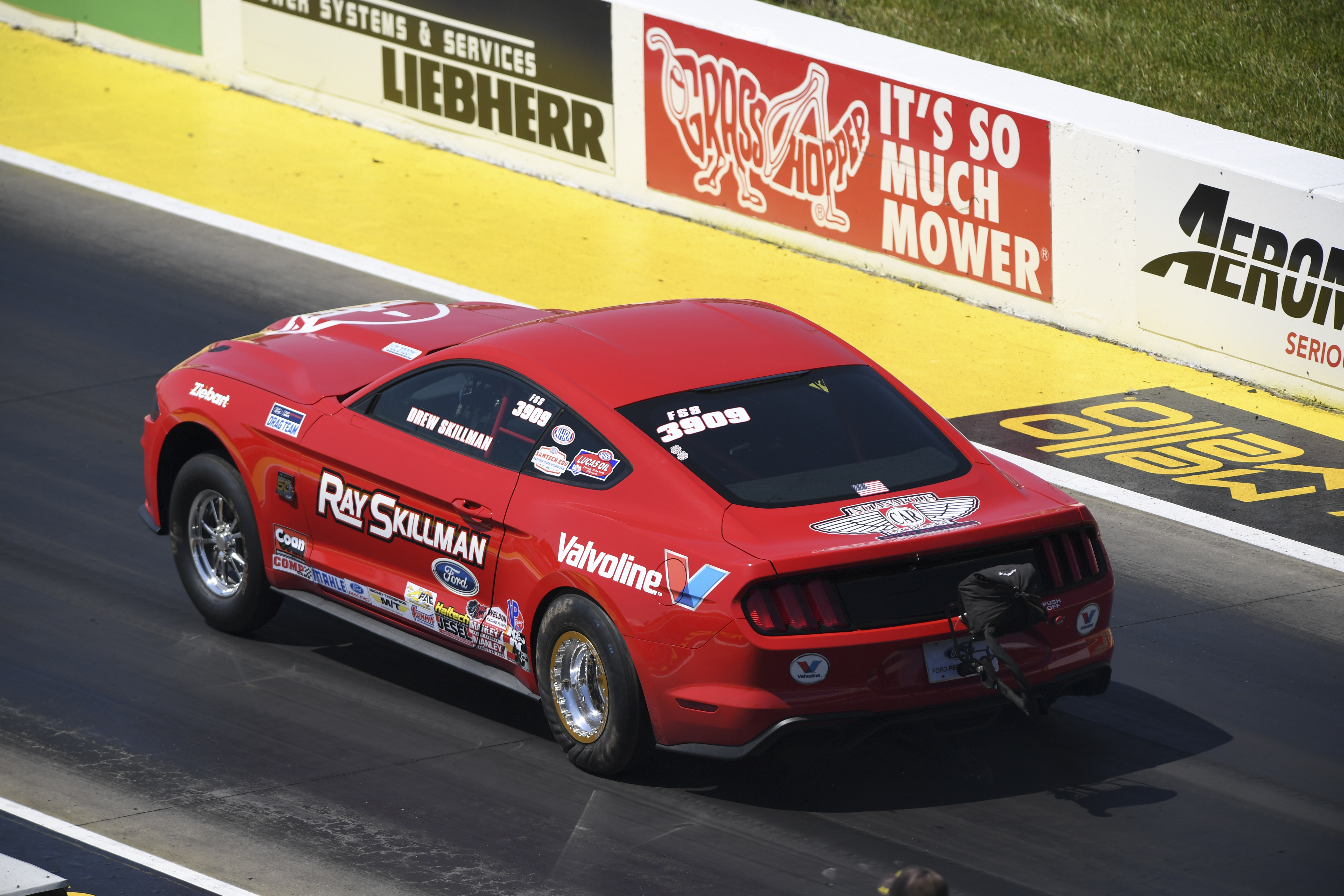 Throughout the eight-race season, maintaining parity among each of the three brands was an ongoing process with the NHRA Technical Department issuing multiple rules changes, mostly adjusting minimum weights and supercharger overdrive. In the end, the racing was extremely competitive with the top eight cars rarely separated by more than a tenth of a second. While Skillman and his father, Bill, combined for five wins in six final rounds, the championship wasn’t decided until the final weekend of the season. 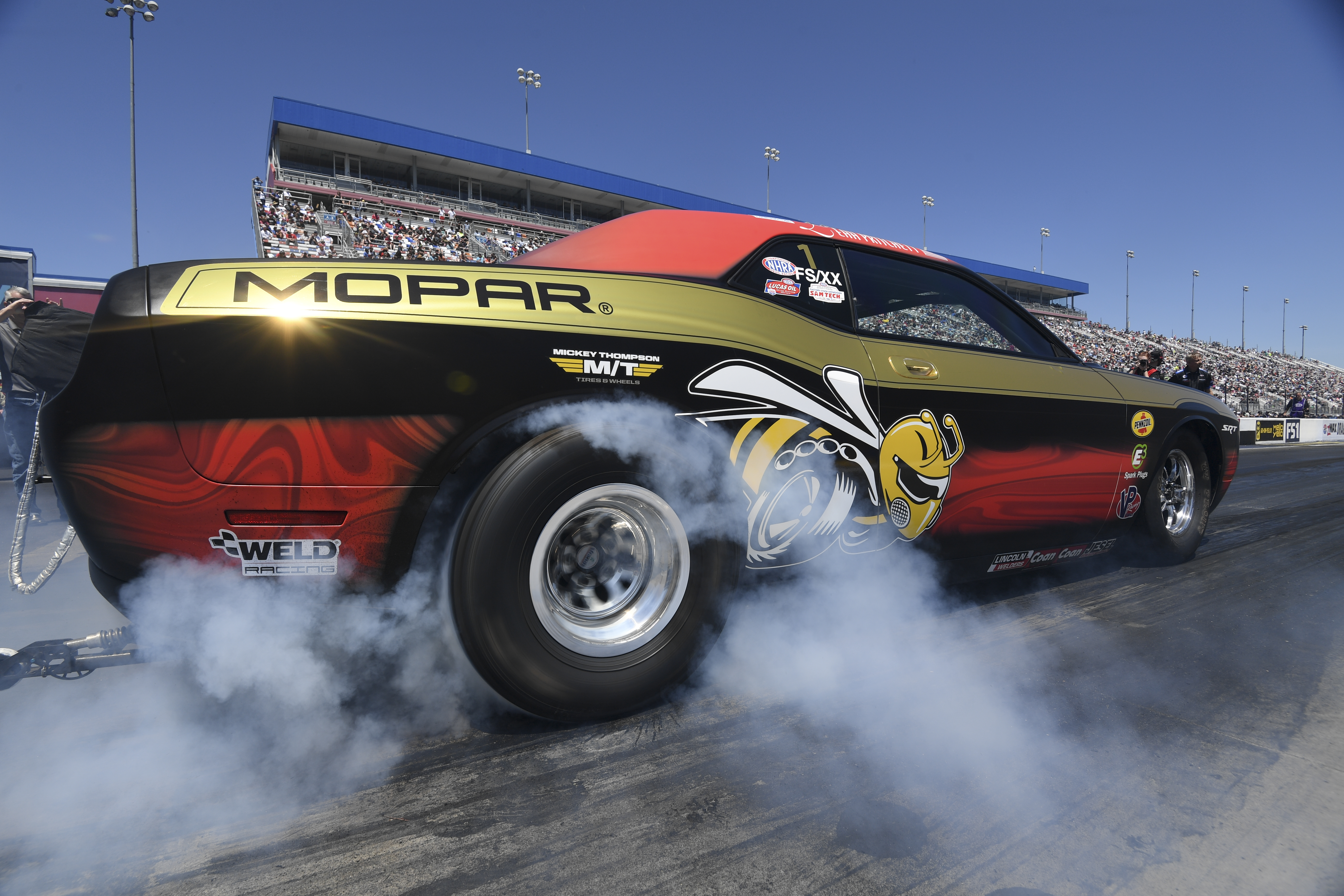 So, what’s ahead for the popular Factory Stock Showdown class now that it’s finally getting underway at the Lucas Oil NHRA Summernationals at Indianapolis? Four-time world champion Kevin Helms remains the crew chief of the Don Schumacher Racing Dodges driven by Pruett and former Pro Stock driver Mark Pawuk. Helms is eagerly awaiting the delivery of the team’s new 2020 Drag Pak Challengers but admits that they won’t be ready for the Indy opener. Instead, he’s prepared to do battle with the same cars they finished the 2019 season with.

“We’ve got a new car coming and the new 3.0-liter supercharger, but we don’t have them yet,” said Helms. “We’ll be in Indy, but obviously, I wish we had the new cars. I don’t think we’ll be at the top of the class, but I think we can hold our own.” 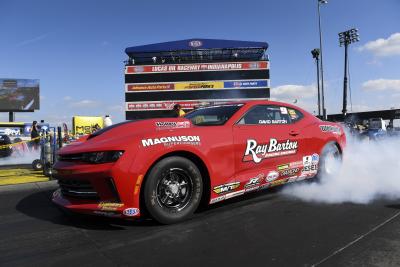 Helms understands the need to maintain parity in the class and the challenges associated with doing so in a class that features a wide variety of body style and engine combinations. “Last year, [the Dodge teams] didn’t get anything, and we had to work all year to catch up,” Helms said. “This year, we eventually have a new supercharger and a new car, but we still don’t know what to expect. We also got a 3.50 [-inch] pulley, so that means I still need to pull out a magic wand and find a tenth, and I’m sure that [engine builders] Chris Holbrook, Greg Stanfield, and David Barton didn’t sit back all winter and spring and do nothing. Still, this is a fun class, and it’s still a driver’s race. And, you still have to get the car down the track, which is always a challenge on those [9-inch] tires.” 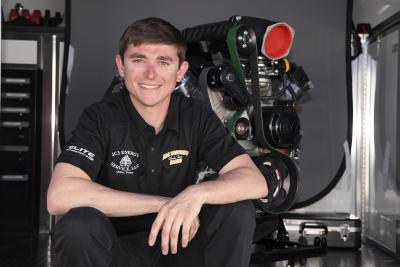 As Helms noted, engine builders, including Greg Stanfield, did indeed have a hectic and productive offseason. Stanfield, who won four world championships in Super Stock before launching a successful career in Pro Stock, currently builds engines for a number of successful Factory Stock competitors, including 2019 event winners Arthur Kohn and Stephen Bell. Stanfield’s son, Aaron, is also expected to pull double duty this year in Pro Stock and Factory Stock, and Chris Garner has partnered with Kohn to expand the Stanfield team to four cars.

“Four cars are enough,” Stanfield laughed. “To be honest I don’t do a lot [of development] anymore. That’s all Aaron and his guys in the shop. They’ve got a couple of kids from the SAMTech program, and they’re very good. They work extremely hard, and I’m mostly there as a security blanket if they get stuck on something.” Last year was a watershed year for the Factory Stock class in terms of performance. 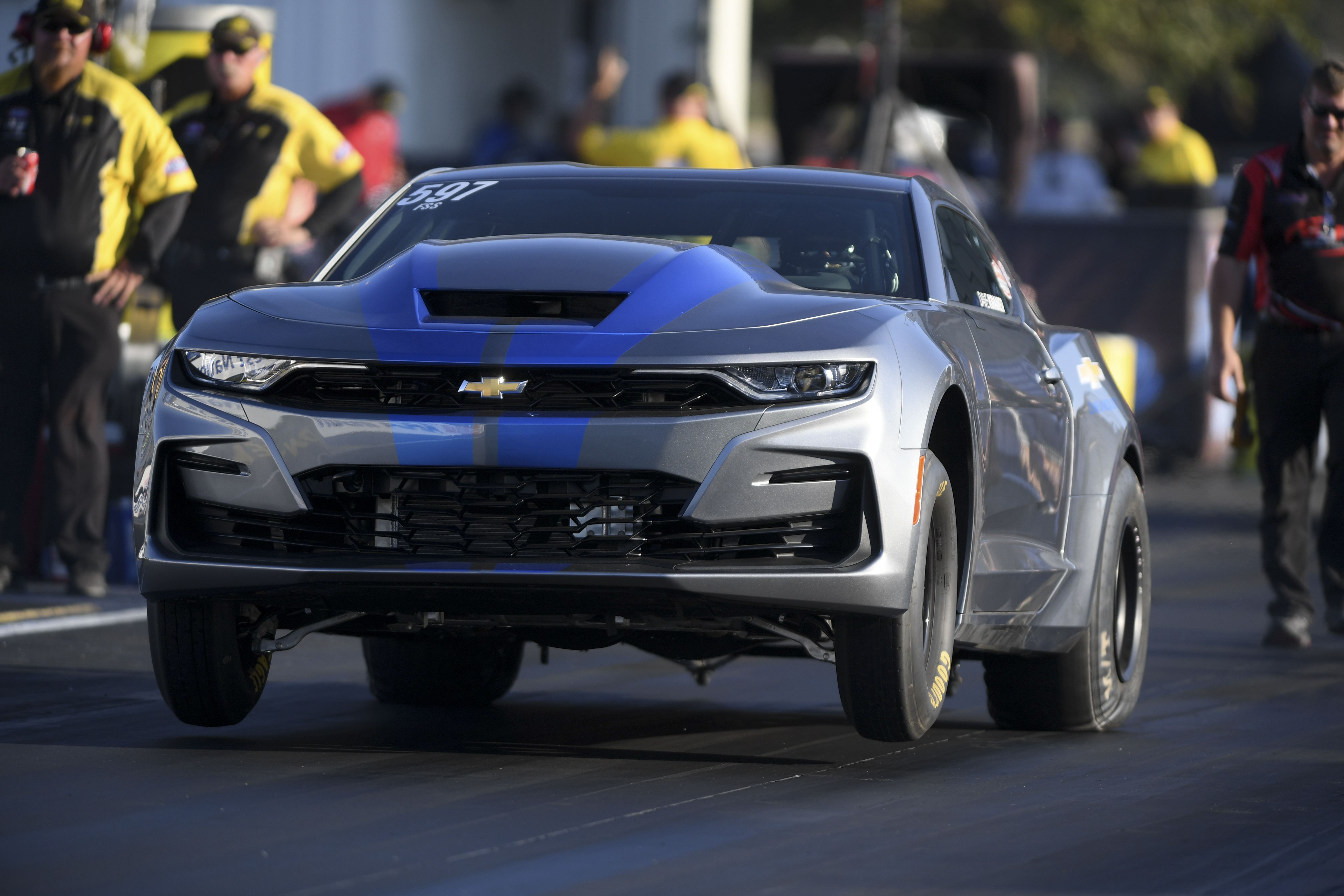 New rules combined with advancement in supercharger technology caused elapsed times to plummet deep into the seven-second zone. Drew Skillman made the quickest pass of the year with a 7.71, and a number of Factory Stock racers topped 180 mph. Those numbers likely won’t be challenged this season since current rules have dialed power levels back a bit. Regardless, seven-second runs should be the norm, and Factory Stock teams are still faced with the difficult challenge of applying approximately 1,500 hp to a 9-inch wide rear tire.

Stanfield’s engines appeared in five finals last year, including Bell’s win against Kohn in the all-COPO Camaro final in Topeka. He predicts another extremely competitive season. “This year, I’m hoping we have another good season. We finished No. 2 in the last two years, and now, we need to close it out,” said Stanfield. “I like this [Factory Stock] deal because it’s not like Pro Stock where every car is the same, and it’s all about who can make the most horsepower. Factory Stock requires a lot more finesse, and there are a lot of areas to work in. Let’s face it, the people who have money will always spend it, but if you have a brain and the ability to work hard, you don’t necessarily need money. I preach that to Aaron all the time. If you’re willing to put in the work, you’ll be successful.