Depending on your perspective, the Hemi engine has always been loved or feared. Three-generations of the architecture have terrorized drag strips burning gasoline, alcohol, and even nitromethane. While all three generations of the engine are different, they all have proven to respond well to supercharging.

The first ’08 Dodge Challengers weren’t supercharged, but they were all offered in the high-performance trim SRT8 configuration with 6.1L Hemi engine. Initially, some thought Dodge was building a collector car to attract attention. Drag racers saw the makings of a new Super Stock car.

A year after Dodge launched its Challenger, the ’09 Challenger Drag Pak debuted with three different naturally aspirated engines. After a foray into the V-10 world with a Viper-powered Drag Pak, Dodge and Mopar got serious and developed a supercharged 354-cid Hemi package in 2014. Coincidentally, right around the time the 707-hp supercharged Dodge Challenger Hellcat was making news.

As the Drag Pak’s horsepower went up, so did the street car’s. When the ’18 Dodge Challenger SRT Demon’s 840 hp was announced, it made the car one of the most powerful street-legal vehicles you could buy at any dealership. It also meant Dodge and Mopar were getting closer to offering the same kinds of hardware in their street and strip cars. And make no mistake, the closer the street car is to the race car—the more formidable the performance will be for all customers.

But when we talk about what the Drag Pak and Demon cars are, we’ve typically only shared the features you can see, who’s behind the wheel, what the timeslips say, and the role Top Fuel and Factory Stock racer Leah Pruett played in developing both. To rectify that, we present a deep dive into the specs that make the supercharged Challenger Drag Pak cars capable of competing with the best from Chevy and Ford on the quarter-mile in the SAMTech.edu NHRA Factory Stock Showdown. 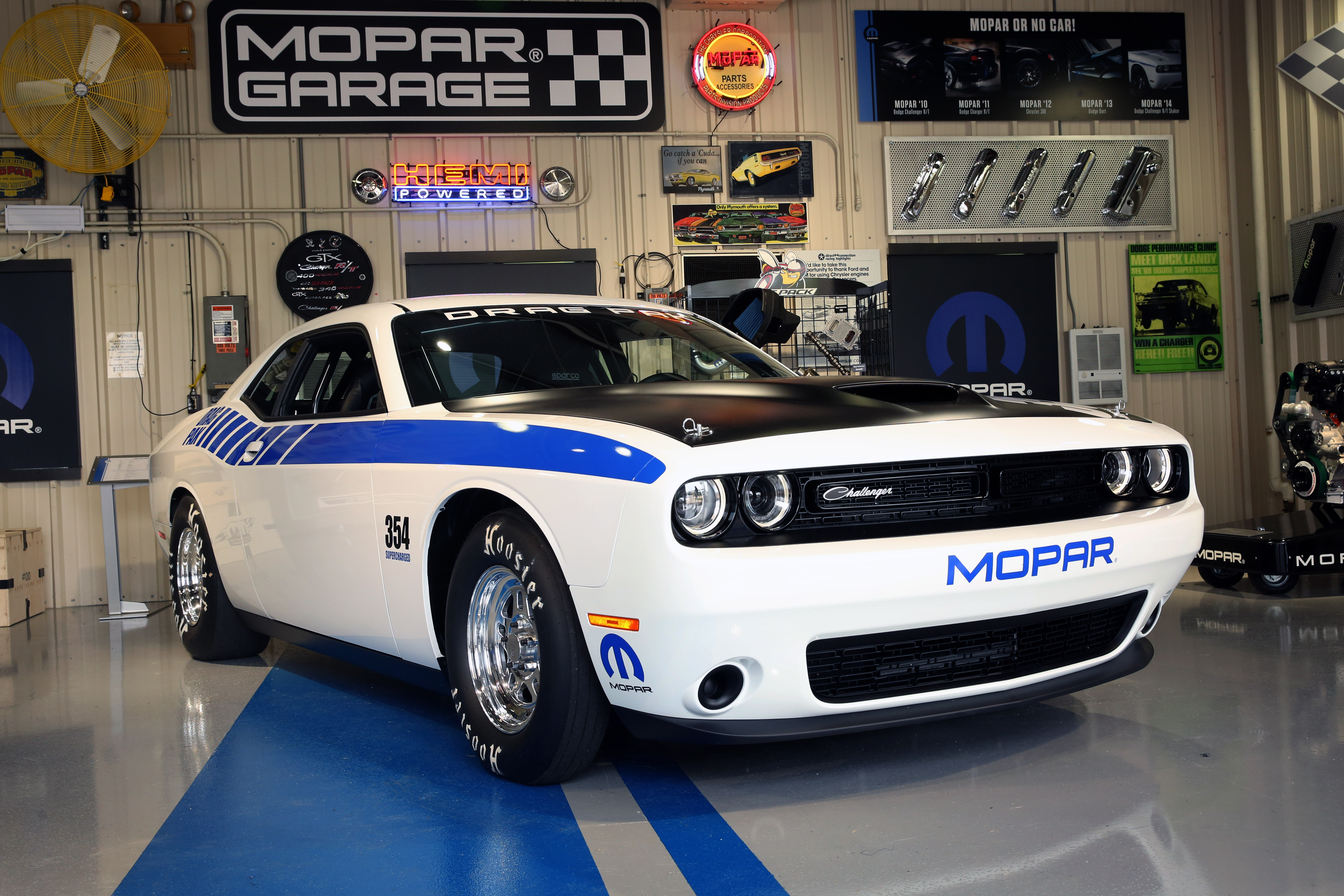 Model year car(s) scheduled to be raced this year: 2015

Car build location: The cars began life as a bare Challenger body from FCA’s Brampton Assembly in Brampton, Ontario, Canada. The cars were then built at a facility under the direction of Mopar/SRT Engineering as ordered.

Where customers buy one: From another racer 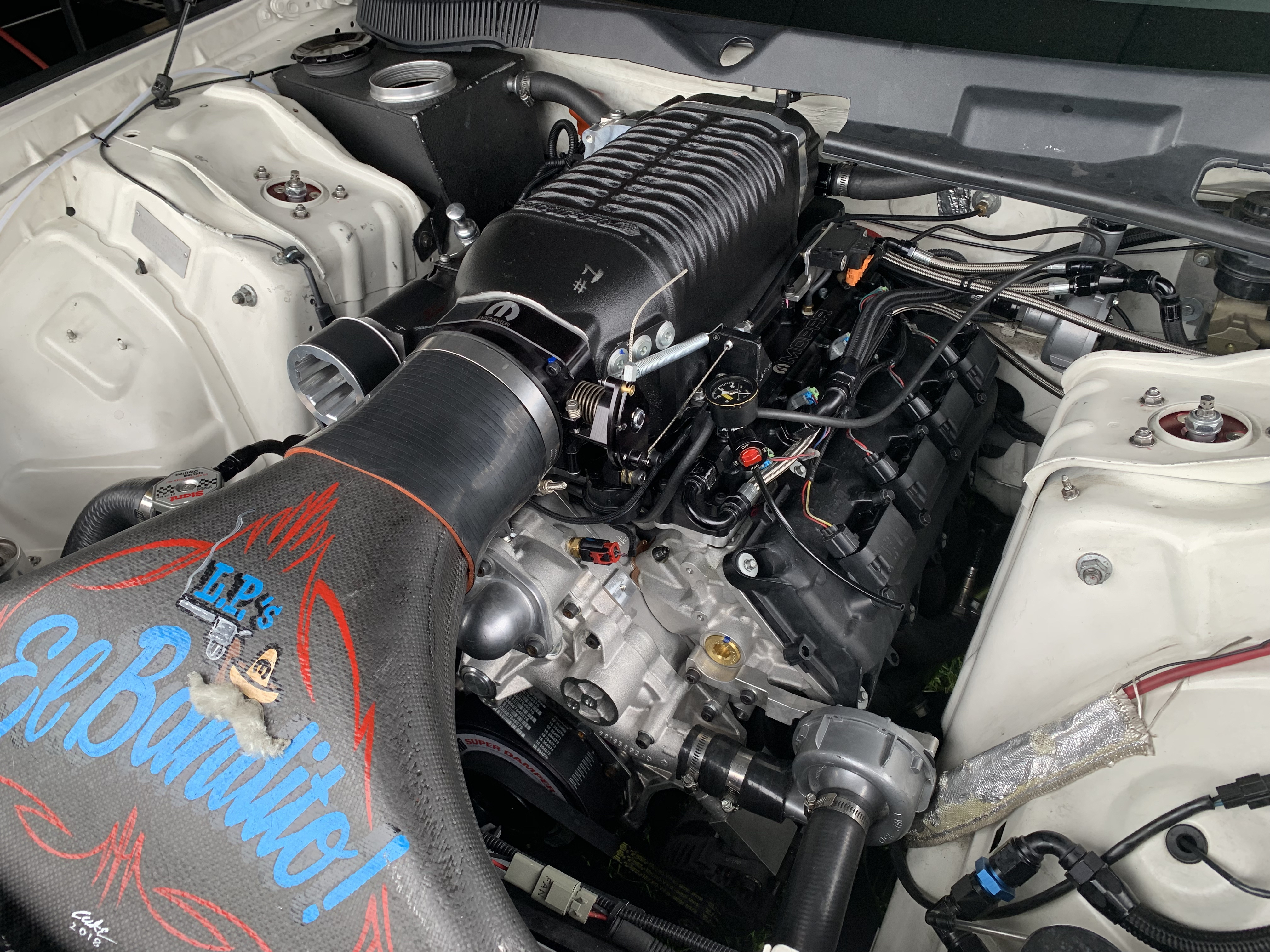 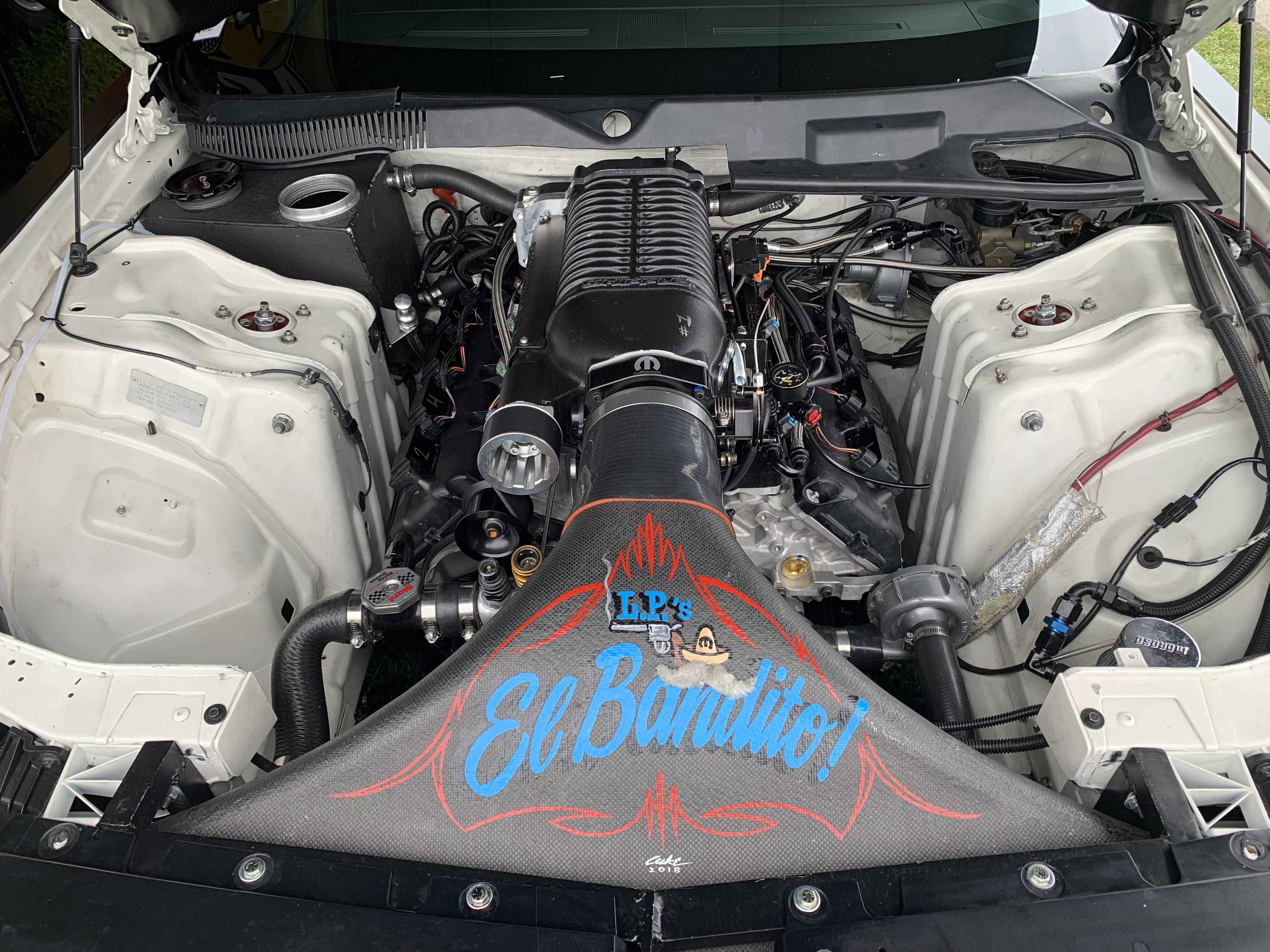 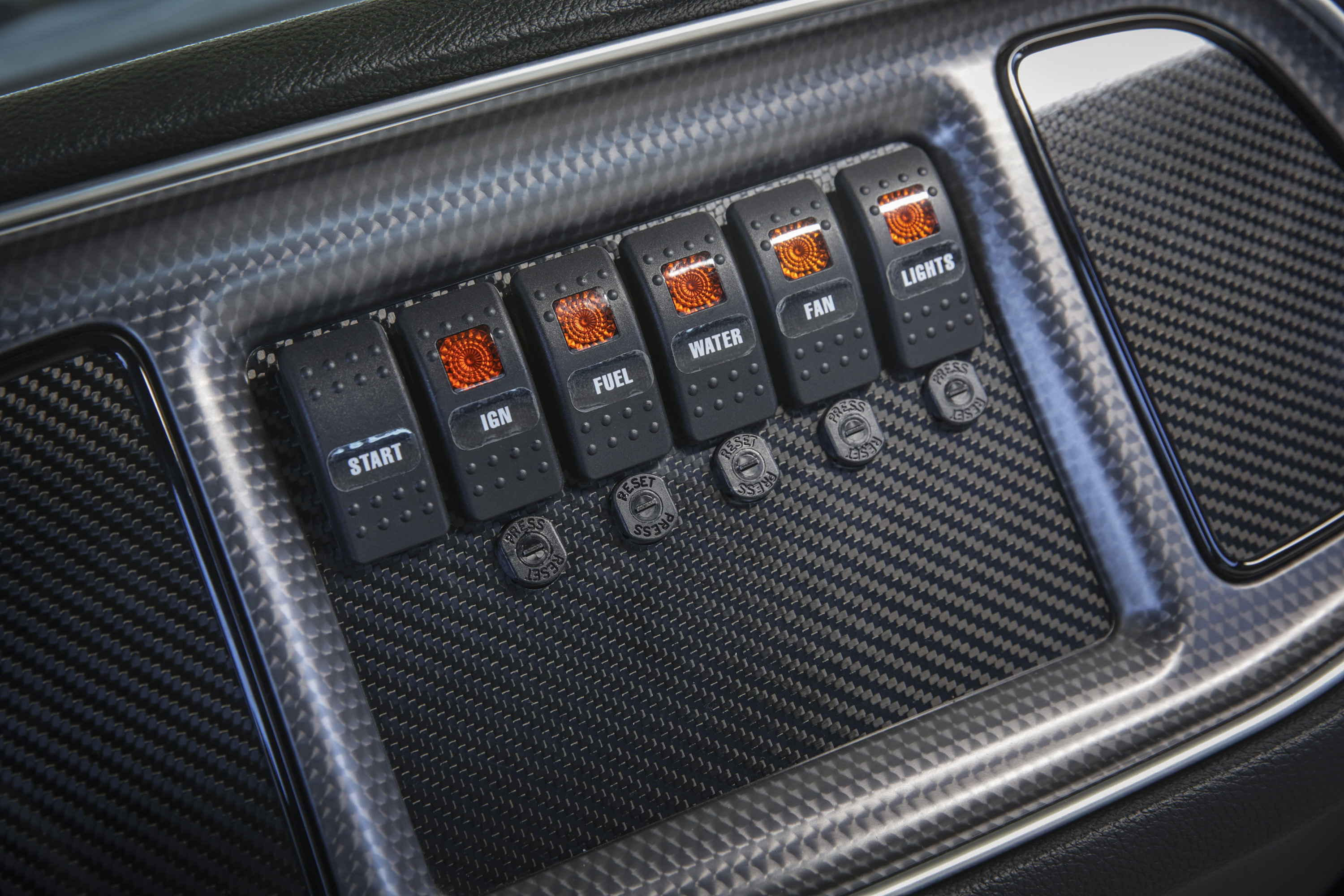 How much of the car is raced “as delivered?” Leah Pruett’s 2018 SAMTech.edu Factory Stock Showdown winning car was originally built in 2008. Nearly every part on the car has been addressed.

Exotic materials are used on the car: The Drak Pak intake scoop is made of carbon fiber.