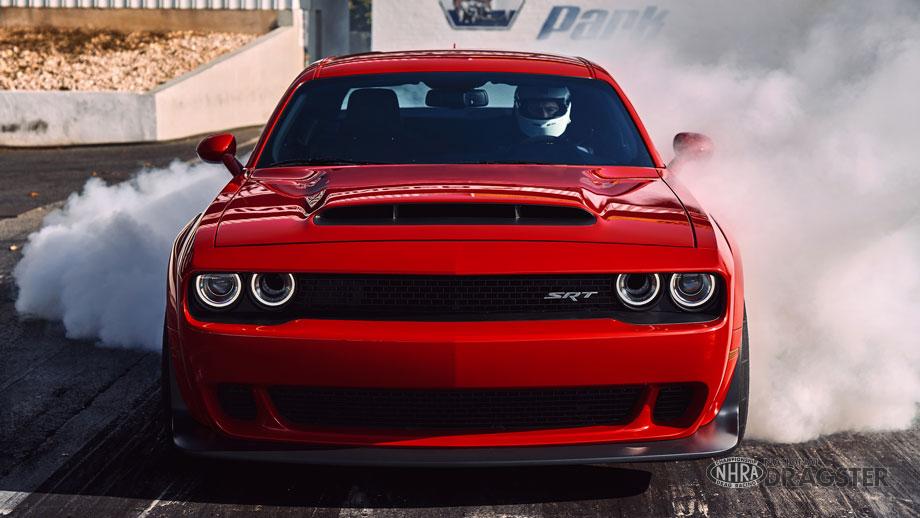 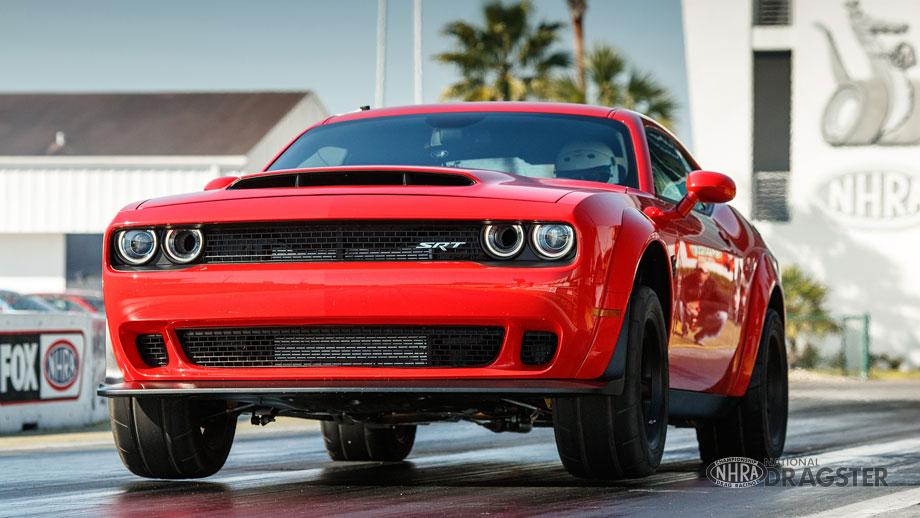 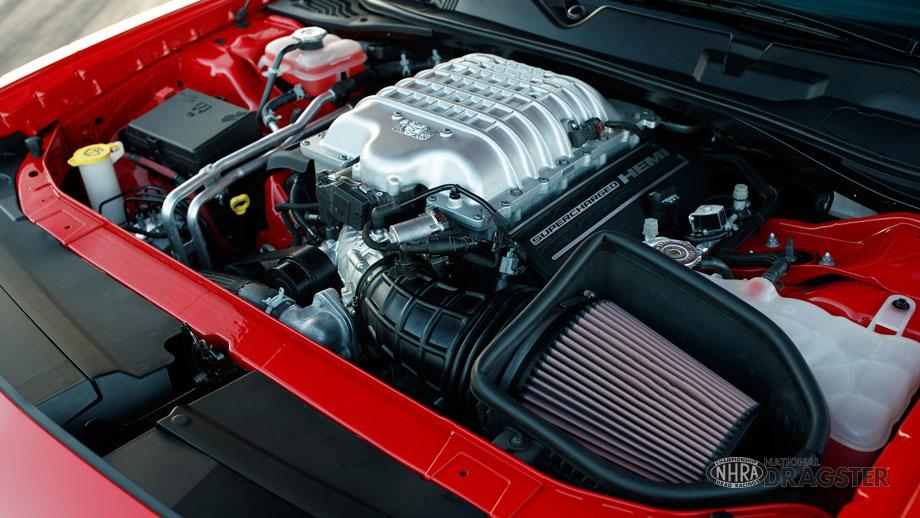 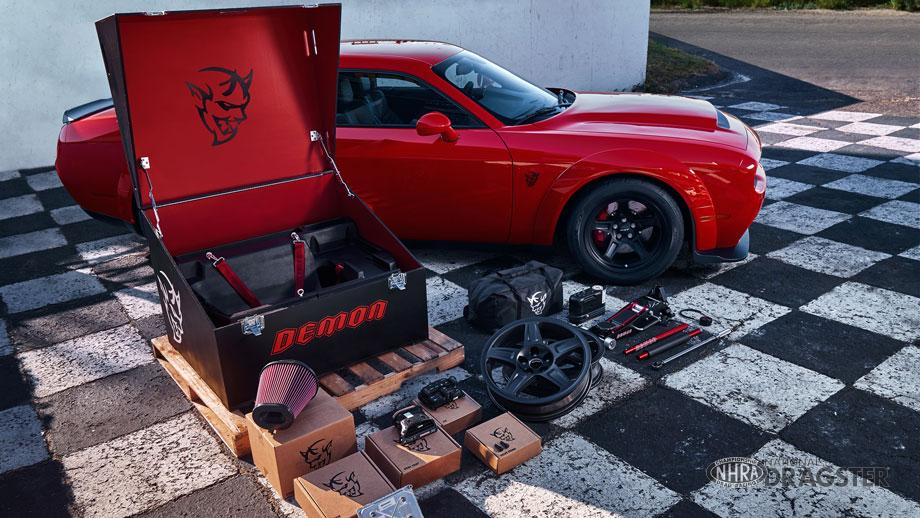 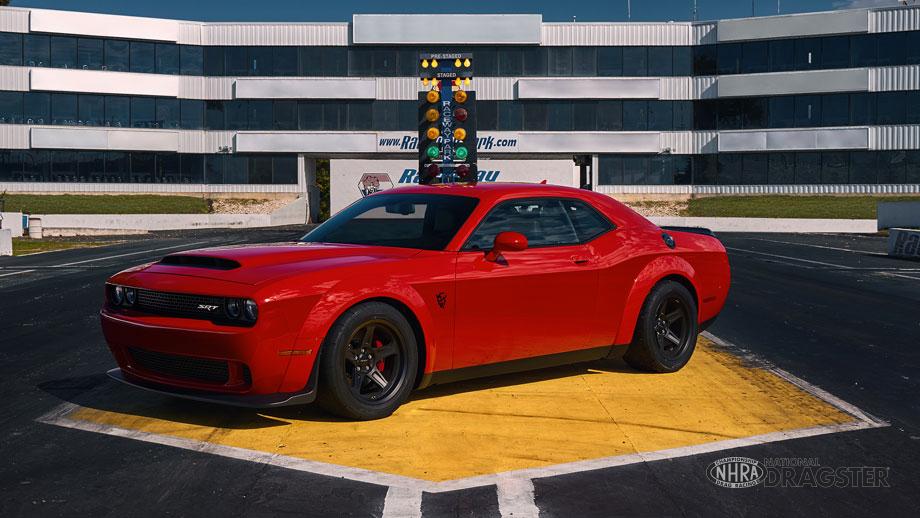 At the 2017 New York Auto Show Dodge officially introduced the 840-horsepower 2018 Challenger SRT Demon. A heavily modified version of the popular 707-horsepower Dodge Challenger Hellcat, the Demon features an incredible list of factory-engineered drag-racing upgrades that blurs the line between street car (which is what the Demon is) and drag car (which are the kind of e.t.s it’s capable of).

In testing at Gainesville Raceway in Florida, the NHRA certified the Demon is capable of running the quarter-mile in 9.650-seconds at 140 mph, making it the quickest and most powerful street car ever built by an American manufacturer. 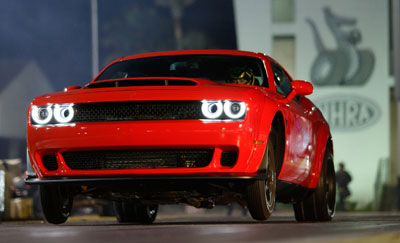 Naturally the Demon’s performance numbers drew the attention of the NHRA Technical Services Department. In November of 2016, NHRA Vice President-Technical Operations Glen Gray issued a letter to Fiat Chrysler Automobiles (FCA) that said, in part, “The car exceeded our limits of 9.99-seconds and 135 mph. Therefore, it must be brought into compliance with the rules and regulations found in Section 4 of the NHRA Rulebook.”

“We currently have guidelines in place that allow new (2008 and newer) performance models to run as quick as 10.00-seconds provided they are stock vehicles as delivered from the factory,” Gray explained. “However, once a competitor runs 9.99-seconds or quicker, there are a number of changes that would need to be made to a stock vehicle in order for it to be accepted for competition.”

That’s why you’ll see the tag line “Officially Banned by the NHRA” used in Dodge’s national ad campaign for the car.

Gray went on to explain that a vehicle running 9.99-seconds or quicker would need to have certain NHRA-accepted equipment, including, but not limited to, a certified roll cage, window net, aftermarket driver restraint system, a driveshaft loop, and a master cut-off switch. It is also necessary for a driver to hold an NHRA Competition License and wear accepted clothing, including a helmet and SFI-certified jacket, pants, gloves, and a neck collar or HANS device. However, just because the Demon doesn’t come with some of this equipment, that doesn’t mean Demon owners can’t install it — in fact, NHRA expects many of them will.

“It’s very exciting to see that the factories are building amazing new performance cars like the Dodge Demon, and we certainly encourage any new racers to come out and participate in our events,” Gray said. “Once the performance level reaches the nine-second zone, you’ve got a very serious race car on your hands, and it’s important that we have specific guidelines for these vehicles.”