From start to finish, Antron Brown enjoyed the best weekend of his 2022 NHRA Camping World Drag Racing Series season just days ago in Bristol, Tenn., leaving the three-time Top Fuel world champ eager to get back in action.
Feature

Last week’s Thunder Valley NHRA Nationals in Bristol will be a hard act to follow, but if history has taught us anything, crew at Summit Motorsports Park, the host of this week’s Summit Racing Equipment NHRA Nationals, will be up to the task.
News

Toyota Racing’s beloved Sponsafier campaign will make a return for the 2022 season. Three new commercials, one of which focuses on 2018 NHRA FUnny Car champion J.R. Todd, will begin airing nationally on FOX and NBC during NHRA and NASCAR telecasts.
News

Take a trip back to 2014 and the Summit Racing Equipment NHRA Nationals to watch the final rounds, which includes some familiar 2022 winners.
Nitro Time Machine

One Down and One To Go

Kings of Vapor to reign with Caruso Family Racing in Norwalk

Camrie Caruso will be flying the colors of Kings of Vapor, an Ohio-based vapor store and online business that has been a longtime supporter of Caruso Family Racing, at the Summit Racing Equipment NHRA Nationals.
News

A visionary and transformative figure in both business and entertainment, Ollen Bruton Smith, the founder and executive chairman of Sonic Automotive, Speedway Motorsports and Speedway Children’s Charities died June 22 of natural causes. He was 95.
News

Take an unfiltered look behind the scenes as Justin Ashley, Ron Capps, Aaron Stanfield, and Jerry Savoie celebrate their victories with crewmembers at the top end after the NHRA Thunder Valley Nationals.
Feature 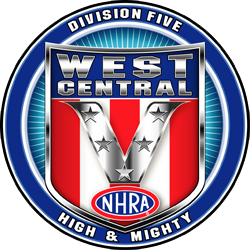