Not surprisingly, those three drivers will again be among the favorites as the Camping World NHRA Series returns to Wild Horse Pass Motorsports Park near Phoenix for the first time since 2020. Here’s a look at what we can expect. 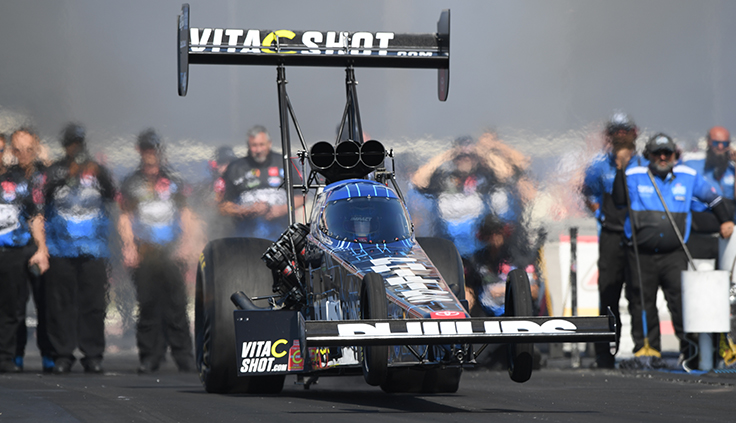 The favorite: Last week, we openly questioned whether anyone could knock four-time world champion Steve Torrence from the top spot. By a razor thin margin, Justin Ashley has done just that. Torrence began his title defense with a very respectable semifinal finish, but Ashley’s performance was otherworldly with a 3.676 to qualify No. 2 and four runs between 3.692 and 3.702 on race day to kick off the season with his third Top Fuel victory. To be perfectly clear, Torrence is still the boss in Top Fuel, but Ashley is quickly climbing the ladder.

The contenders: Lets start with Torrence, who missed a chance to win the season-opener but didn’t’ exactly struggle with a string of low 3.7s on race day. The Capco team won the last time NHRA raced in Phoenix in 2020 so that should count for something.

The Force team also enjoyed a solid outing in Pomona with Austin Prock giving Ashley all he could handle in the final round, while Brittany Force qualified No. 1 at a 3.66 and reached the semifinals. Tony Schumacher, Josh Hart, Antron Brown, and Mike Salinas each won a round in Pomona, but undoubtably have higher expectations as the season moves to stop No. 2.

The darkhorse: Last week, we went with Doug Kalitta as our darkhorse pick and guess what? We’re going to do the exact same thing this week. After a disastrous 2021 season, Kalitta has high hopes for this year after adding Alan Johnson and Brian Husen as tuners of his Mac Tools dragster. Kalitta made progress in Pomona, but still look an early loss when his 3.73 fell to Tony Schumacher’s 3.72. Better days are clearly ahead for the Mac Tools team. 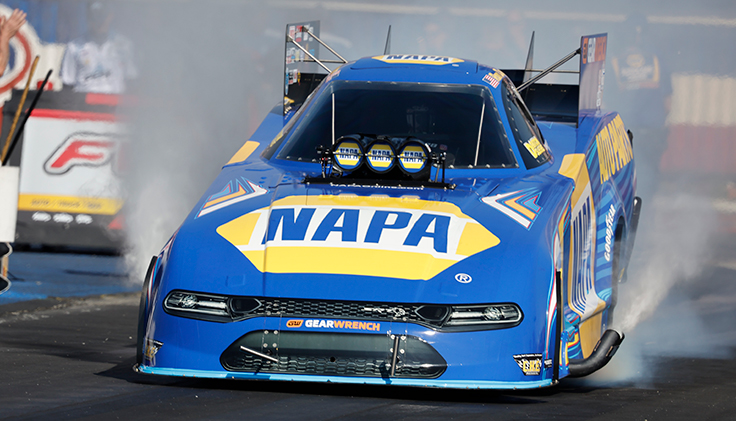 The favorite: He didn’t win in Pomona, but Ron Capps did almost everything else as he opened his title defense with an impressive runner-up finish. Capps was the low qualifier and made three 3.8-second runs on race day to get to the final, where he came up a couple of thousandths short against Robert Hight. Not bad for his first outing as an independent team owner. Capps has won Phoenix three times in his career, and there is no reason to think he can’t bag another title this weekend. By a slim margin, he’s our favorite this week.

The contenders: We can start with Robert Hight, who looked solid in his season-opening victory in Pomona. Hight struggled during the Countdown, but it’s obvious that crew chief Jimmy Prock figured a few things out during the off-season. Honestly, there is no reason to think Hight can’t go two-for-two to open the 2022 season, but that’s awfully tough to do in any class. He’s also got just one Phoenix victory on his resumé and that came in 2012.

Based on their results last year, it wasn’t much of a surprise to see Matt Hagan and Cruz Pedregon reach the semifinals in Pomona. Pedregon figures to be a contender all season now that he’s entering his second year with John Collins as his tuner. Hagan also has the same Dickie Venables-led team that has delivered three Camping World Funny Car championship, although he’s obviously now racing for new team owner Tony Stewart. Hagan has also won three of the last six races held in Phoenix.

The darkhorse: This week, Tipster is going with Alexis DeJoria and her Bandero Toyota team. DeJoria ran well in Pomona, losing a close race to Pedregon in round two. She’s also a past winner at Wild Horse Pass Motorsports Park, having won there in 2014 with a popular win over Matt Hagan in the final. For most of the 2021 season, DeJoria was a prime candidate for a big break out, and that once again appears to be the case.

The favorite: This is a fairly easy choice since Erica Enders not only won the Winternationals, but looked awfully good in the process. For most of the 2021 season, Enders’ Elite Camaro was a tick behind rival Greg Anderson in term of performance, but in Pomona, that wasn’t the case as Enders was more than a hundredth quicker than any of the KB cars in qualifying. It’s too early to tell if that was a one-time occurrence or an indicator of things to come, but if nothing else it inspires confidence going forward. It’s also worth noting that Enders lights on race day were .013, .016, and .012 before an off-pace .050 in the final.

The contenders: It’s hard to say whether or not Greg Anderson would have beaten Enders in the semifinals in Pomona had his HendrickCars.com Camaro not gotten loose past the 1,000 foot mark. Enders left first and never trailed so she likely would have won regardless. That being said, Anderson still has one of the quickest cars in the class and desperately wants that 100th victory.

Aaron Stanfield raced to the final round in Pomona and then went home to Louisiana just in time to witness the birth of his first child so he’s had a week to remember. Stanfield ranks among the best drivers in the class so this likely won’t be his last final. Dallas Glenn is also expecting better things in Phoenix after a narrow loss to Enders in the quarterfinals.

The darkhorse: Let’s take a real shot in the dark here and go with Rodger Brogdon. Don’t laugh, we can make a solid case for him here. First off, Brodgon not only qualified well in Pomona, but he advanced to the quarterfinals and his reaction times were .024 and .012. In fact, he was just .001-second behind Stanfield at the finish line in their second round match. Brogdon also one of just four current Pro Stock drivers with a win in Phoenix, joining Enders, Anderson, and Chris McGaha.