Tricky Tipster, NHRA’s resident oddsmaker, provides his insight into this week’s season opening Lucas Oil NHRA Winternationals presented by ProtectTheHarvest.com. Starting a new season, it’s hard not to go with the reigning champions so he’s selected Steve Torrence and Greg Anderson as the favorites in Top Fuel and Pro Stock. In Funny Car, Tipster has gone off the board and picked 16-time world champ and 16-time Pomona winner John Force as the favorite. 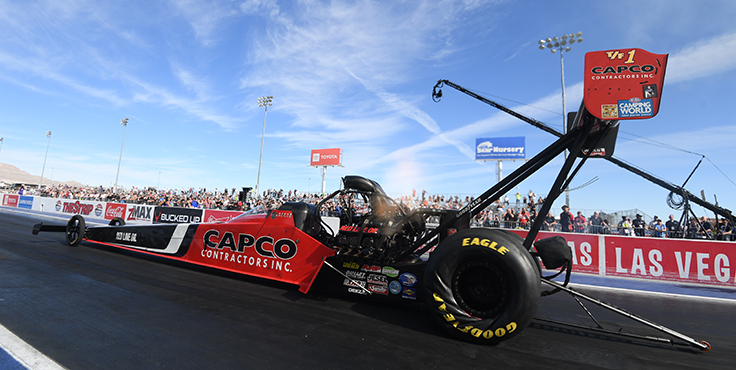 The favorite: How could it possibly be anyone other than Steve Torrence? The Capco team has not only won the last four Camping World NHRA Top Fuel titles, but they also won the most recent race in Pomona, the Auto Club NHRA Finals last November. We’ve said this numerous times before, but the Capco team is No. 1 until someone else steps up and takes it from them and so far that hasn’t happened.

The contenders: This season, there are many, which is going to make Top Fuel worth watching all season long. If Torrence doesn’t win this race, there are probably 8-10 others fully capable of handling the job including Brittany Force, who had arguably the best car for most of last season.

Antron Brown also merits a good bit of consideration as he embarks on his first season as a team owner/driver. Brown has three Pomona wins in his career, but all of them have come at the Auto Club Finals in November. Josh Hart and Justin Ashley might lack experience when compared to some of the other contenders, but they’ve both proven themselves to be more than capable.

There is also Mike Salinas, who had a great car in the second half of 2021. Salinas has made a crew chief change and his Scrappers dragster is now tuned by Rob Flynn.

The darkhorse: for someone who has had so much success, it’s hard to imagine Doug Kalitta as a darkhorse, but he’s coming off a season with no wins and no final rounds. That being said, Alan Johnson and Brian Husen are now calling the shots on the Mac Tools dragster so there will undoubtedly be a turnaround, and it will likely come quicker than most people would expect. 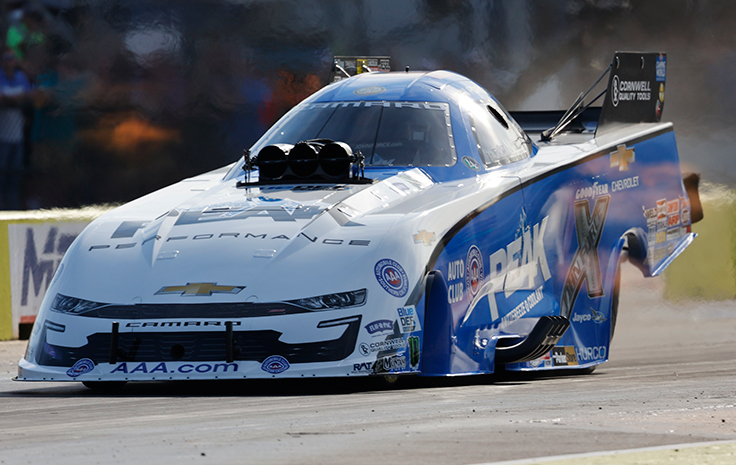 The favorite: It isn’t easy to pick a favorite here but we’re going to go with 16-time world champ John Force, but this is hardy just a sentimental pick. Force has a long history of success in Pomona and he recently posted a blistering 3.83 during pre-season testing in Phoenix. Force has won an incredible 16 races at Auto Club Pomona Raceway including seven Winternationals titles, the most recent of which came in 2014. It’s hard to know how much fuel Force still has left in the tank, but it appears to be plenty.

The contenders: As a whole, the Funny Car class isn’t much different than Top Fuel with a lot of cars capable of winning on any given weekend. We can start with reigning Camping World NHRA champ Ron Capps who should easily be among the favorites. Capps likely would have gotten the top spot, but we’re going to take a race or two to see how quickly he can adjust to his new role as team owner. Matt Hagan is in a similar situation as he’s moved from DSR to Tony Stewart’s team although his crew, led by Dickie Venables, has remained largely intact.

The recent additions at Kalitta Motorsports would figure to bode well for J.R. Todd and his DHL Toyota team. Another driver who is really worth watching is three-time world champ Robert Hight, who struggled in the second half of the 2021 season, but should be primed for a big come back. Cruz Pedregon is coming off one of his best seasons in recent memory and his Snap-on team is also intact including crew chief John Collins so he figures to be in the mix. The same goes for Alexis DeJoria, who is eager to debut the new Toyota Supra body.

The darkhorse: Interesting fact; Tim Wilkerson has won at least one race at 18 different tracks but he’s yet to win at Auto Club Pomona Raceway. There is no reason to think that can’t change this weekend since Wilkerson rarely shows up with an uncompetitive car and he should be quick to adapt to the Pomona racing surface, which has been ground and polished this winter. 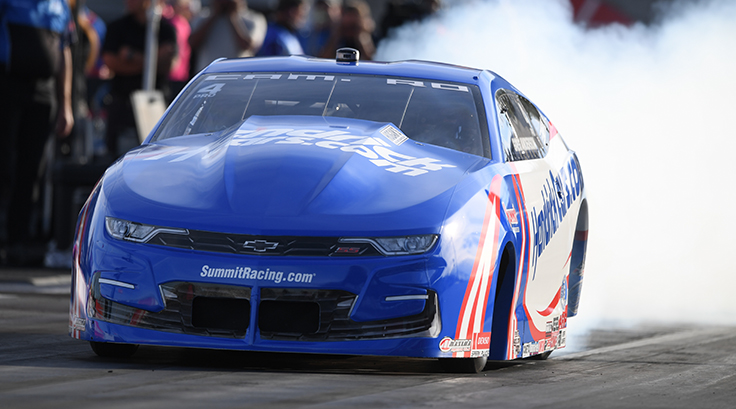 The favorite: Who else but Greg Anderson, who celebrated his fifth Pro Stock world title the last time we were in Pomona about three months ago. Anderson had the best car in the class for most of the season in 2021 and it will be interesting to see of the KB team can maintain that edge. It’s hard to decipher much from testing since Pro Stock teams are so secretive so we’re going to give Anderson the benefit of the doubt for the first race.

The contenders: Let’s start with Erica Enders, who came within a couple of rounds of winning her fifth world title last season. Enders has just one win in Pomona, and that came at the 2014 Finals. Dallas Glenn finished last season as the hottest driver in the class and it’s hard to imagine that he’d have anything resembling a sophomore slump. We also feel there is a strong chance that Kyle Koretsky, Troy Coughlin Jr., Aaron Stanfield, and Mason McGaha go deep into Sunday’s final eliminations. Matt Hartford also figures to have a better year in 2022 after struggling at some events last season.

The darkhorse: How about Bo Butner, who is returning to the class on a full-time basis with the Johnson’s Horsepowered Garage Camaro, run as part of the Elite team. Given his experience, it likely won’t take long for Butner to get up to speed.