With two races remaining before the Countdown to the Championship playoffs begin, it’s officially crunch time in the NHRA Camping World Drag Racing Series. This weekend’s Lucas Oil NHRA Nationals in Brainerd will go a long way towards determining the final seeding for the seven-race playoffs, which kick off next month in Reading.
20 Aug 2021
NHRA National Dragster staff
Tricky Tipster®

With two races remaining before the Countdown to the Championship playoffs begins, it’s officially crunch time in the NHRA Camping World Drag Racing Series. This weekend’s Lucas Oil NHRA Nationals in Brainerd  will go a long way towards determining the final seeding for the seven-race playoffs, which kick off next month in Reading. Just three Top Fuel drivers and four Funny Car racers have officially locked up their playoff spots, which means there’s likely to be a lot of shuffling towards the back of the pack. 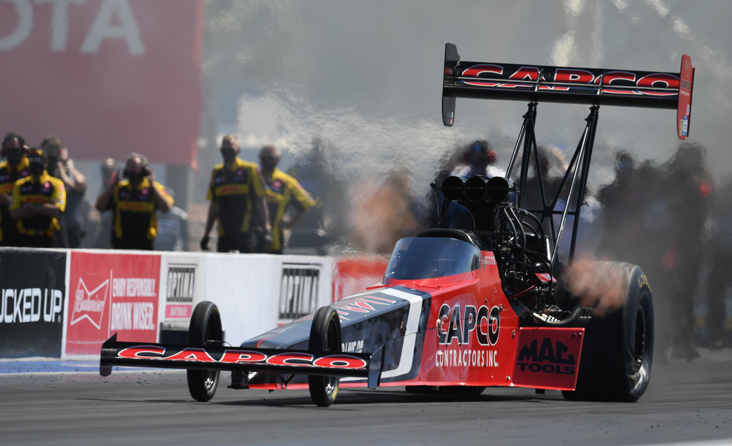 With a massive lead of 342 points in the Top Fuel standings, he’s not only locked up a spot in the Countdown but is also guaranteed to be the top seed. So, one might be tempted to ask, what’s he got left to race for? Well, quite a bit actually. The Capco team is making history this year with a stunning 30-5 record in elimination rounds. Yes, they haven’t won in two races, but that’s hardly a slump.
Odds: 3-1

Their Topeka win was long overdue but not at all unexpected because this has been one of the best cars in the class all season, and at times, one could make the case that it is the quickest car in the sport. Now, the question becomes, can they sustain this level of success? Honestly, there is no reason why the Monster team shouldn’t win several more times this season.
Odds: 4-1

The turnaround for this team in the last month has been particularly impressive with back-to-back finals in Sonoma and Pomona. True, they stumbled a bit in Topeka, but losing a 3.73 to 3.77 match to the points leader is hardly a cause for alarm. They were simply in the wrong place at the wrong time. There are a handful of cars that are likely to apply pressure to Torrence during the Countdown, and this is certainly one of them.
Odds: 5-1

To put it mildly, this has been a tough season for the Kalitta Motorsports Top Fuel teams, but the DHL crew continues to find ways to turn on win lights. Coming off a semifinal finish in Topeka, there is reason for optimism. After all, they’ve been hanging around the Top 5 all season and figure to enter the Countdown as one of the top cars in the class.
Odds: 7-1

With a win and six semifinal finishes, this hasn’t been a horrible season for the Matco Tools team, and they’re definitely going to make some noise in the Countdown as they pursue a fourth championship. In the interest of fair reporting, they’d be ranked a touch higher for this weekend’s event if not for a tough round-one loss in Topeka. They figure to rebound quickly.
Odds: 8-1

A few races ago, they were on the verge of not making the Top 10 after Millican had to sit out the Norwalk race. That’s ancient history as they’re solidly in the field thanks to a runner-up finish last week in Topeka. Somehow, someway, this team continues to punch well above their weight class. It’s also worth mentioning that they had the quickest run on race day in Topeka with a 3.73 in the first round. That’s impressive.
Odds: 10-1

A holeshot loss in Topeka is a bitter pill to swallow, but this team has made steady progress this season, and they’ve recently had success with a couple of semifinal finishes on the Western Swing. They are more than capable of winning race, and it isn’t much of a stretch to say they’ll be a factor in the Countdown playoffs. That being said, a positive result here would be a great confidence booster heading into Indy.
Odds: 11-1

He came back in Topeka after a short break and didn’t look rusty at all with a narrow quarterfinal loss against Shawn Langdon. He’s also got a bit of positive history at Brainerd Int’l Raceway with a win at the 2018 event. He’s also got a great chance to move up a couple of spots in the standings ahead of the playoff re-seed.
Odds: 13-1 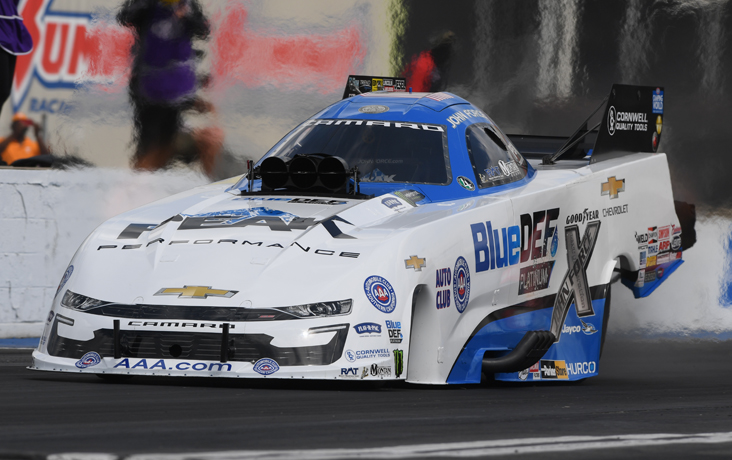 Show of hands. Were you one of the people who thought the 16-time champion would never return to forum after he took most of the 2020 season off? Do you now agree that he’s as competitive as he’s ever been and is a genuine threat to win a 17th championship, which would tie him with NHRA leader Frank Manzo? Force is coming off one of the most impressive wins of his long career, and there is every reason to think he’s going to win a few more races this season. Oh, and he’s also won here 11 times.
Odds: 3-1

It’s officially a tough day at the office when you make the quickest run of the second round and don’t see a win light on in your lane, which is exactly what happened to the NAPA team in Topeka. The good news is that Capps is the defending champion from this event (in 2019) and also won here on five other occasions, including a three-year sweep from 2012-14, so his affection for BIR goes well beyond the famed “Capps Corner” in the Brainerd Zoo.
Odds: 4-1

Got to think the Brainerd fans would love the idea of the Bandero Tequila entry winning their home event, and based on recent performances, that’s entirely possible. We’ve already had six different Funny Car winners this season, so there is every reason to believe this will be the seventh and that it will happen sooner rather than later.
Odds: 6-1

He’s cooled off a bit since a hard-fought Sonoma win a few weeks ago, but that doesn’t change much. This is still one of the most dangerous cars in the field, and he’s got a respectable track record in Brainerd with a victory here in 2015. There’s just 68 points separating the top six drivers in Funny Car, so a run at the top spot between now and the start of the Countdown isn’t out of the question.
Odds: 7-1

Back-to-back final rounds was just what the doctor ordered to keep the DHL crew in the thick of the points battle. He’s currently just 38 points out of first place, so it doesn’t take a lot of imagination to see him heading to Indy as the leader should he have a great run in Brainerd. Tipster’s only concern is that he’s never won or been to a final here, but there’s always a first time for everything.
Odds: 8-1

In addition to Hight, this is the other driver that is 68 points out of first place, so yes, he’s also in the running for the No. 1 seed in the Countdown. Interesting to note that he’s never won this race before but has appeared in a couple of final rounds. There are about eight or nine drivers who are capable of winning here, and this is most certainly one of them.
Odds: 9-1

We’re not really sure what’s going on here but the Motorcraft team hasn’t done much since they got to the final round in Norwalk a couple of months ago. The good news is that they haven’t slipped too far behind the leaders, and there is still time to make up ground heading into the Countdown. If there is one team primed for a get-healthy weekend, this is it.
Odds: 10-1

He won here during his first championship season in 1992, which doesn’t’ have much relevance to this year’s race other than to show his longevity. More telling is the solid semifinal finish he just had in Topeka, even after a qualifying mishap with Tim Wilkerson. Remember, these guys won in Norwalk, and the crew has a lot of final-round experience at this track.
Odds: 12-1 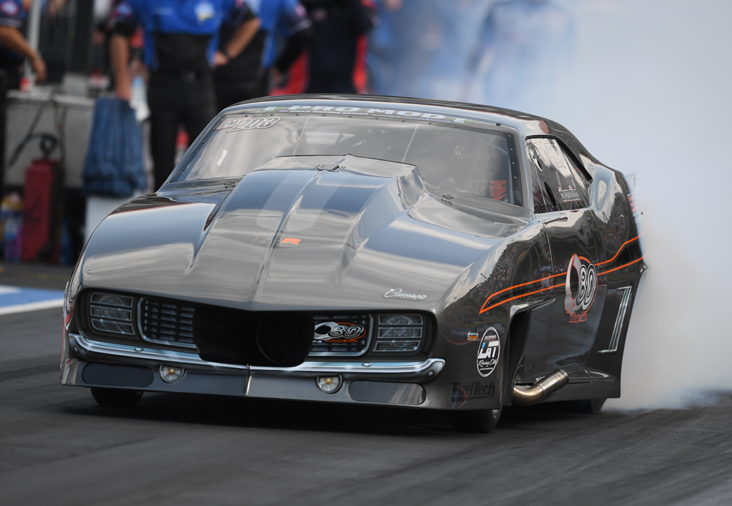 By winning the two most recent events, he’s taken over the points lead and doesn’t seem inclined to want to give it up anytime soon. He didn’t just win in Norwalk and Denver. He arguably had the best car at both of them with a pair of great qualifying efforts. He also happens to be a heck of a driver, which is why he gets the top spot this week.
Odds: 3-1

He was on fire to start the season but is coming off a couple of rough outings at the last two races in Norwalk and Denver. Regardless, this is one of the best cars in the class and a legit championship contender. He’s going to be in the championship battle until the bitter end.
Odds: 4-1

It would be foolish to count him out in the championship battle, so we’re not going to, but he could certainly use a good result here in order to keep the pressure on the leaders. This is the first time Pro Mod cars have run in Brainerd, and if anyone is going to figure out a new track in a short period of time, it’s this guy.
Odds: 6-1

In five races this season, he’s got a runner-up and three semifinals, so the only thing he hasn’t done is win a race, but that could happen at any time, especially this weekend. His last two losses have come against Gonzalez, so he’s going to want to even the score.
Odds: 7-1

It’s hard to predict where the AAP team will be just because they haven’t raced much this season. When they are on top of their game, they are as strong as anyone else in the class. It might be a little too late to make a run at the championship but not too late to win races.
Odds: 8-1

If not for a crash in Denver, he’d be ranked a few spots higher, but this is essentially a new car with a limited amount of data. The Janis team will certainly figure things out, it will be just a matter of when.
Odds: 10-1

How will the nitrous cars perform in Brainerd? We’re going to see with this entry. He’s only run a couple of races this year in Pro Mod and hasn’t done much, but we’re expecting a better result this time.
Odds: 12-1

He’s quietly having a fine season with a semifinal in Norwalk to go along with a solid outing in Charlotte. This would be a perfect time to take the next step.
Odds: 14-1