From Calvin Rice to John Force, a look at the history of NHRA's all-time winners

One thing that likely will never change in our lifetimes is that John Force is the winningest driver in NHRA history (154 victories and counting), but he wasn't always the GOAT of winners. Here's a historical look back at NHRA's winningest drivers over the decades.
01 Oct 2021
Phil Burgess, NHRA National Dragster Editor
DRAGSTER Insider 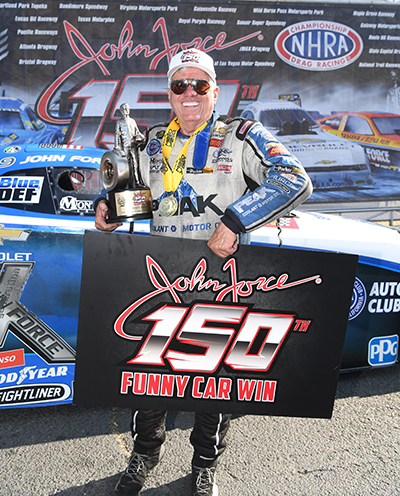 A lot has happened since the last Dragster Insider column, including four straight weekends of national event racing (hence the column’s absence), but one thing that hasn’t changed, and likely will never change in our lifetimes, is that John Force is still the winningest driver in NHRA history, as he has been for more than 20 years.

You could argue about whether he’s the sport’s GOAT (versus, say, Don Garlits), but there’s no doubt he’s the winningest national event driver in NHRA history and probably always will be. Honestly, no one is even in Force’s zip code. Greg Anderson has 97 wins, but his years are numbered (no offense, Greg) in a way that means he won’t win the 57 he needs to tie Force’s 154, and that’s, of course, if Force never won another race (which he undoubtedly will).

Although Force has been NHRA’s winningest driver since the summer of 2000 – no one has held the title longer – there, obviously, were others before him who claimed that mantle. Here’s a historic look at the all-time win leaders over history. The list includes the number of wins, the event where they became the winningest driver, how long their tenure lasted, and who knocked them off. 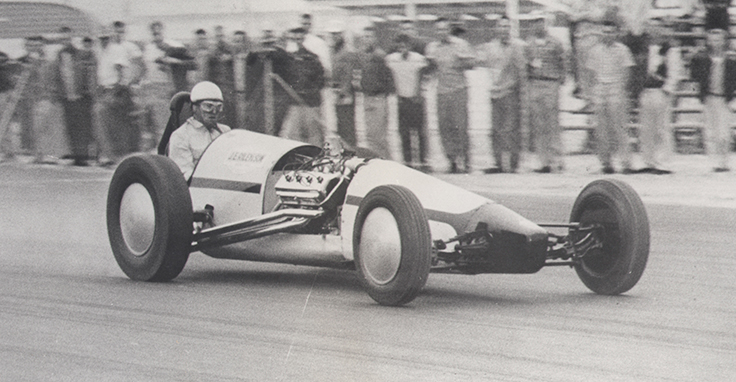 Rice won NHRA’s first official “national event,” the National Championship Drags in Great Bend, Kan., in 1955, so Rice became NHRA’s first de facto “all-time wins leader.” For the first three years (1955-57), only the Top Eliminator — the winner of a shootout between the various dragster, gasser, and doorcar subclass winners — was considered the victor; it wasn’t a very fair system as there was no handicapping, so dragsters almost always won.

When dragster drivers Melvin Heath and Buddy Sampson won the Nationals in 1956 and 1957, respectively, they tied Rice at one win apiece. In 1958, NHRA addressed the performance inequity of Top Eliminator by adding Little Eliminator, and in 1959, the Nationals included Top, Middle, and Little Eliminator plus Stock and Sportsman, but there were no repeat winners, so at one point the title of “winningest driver” (with one win apiece) was shared among 10 drivers. 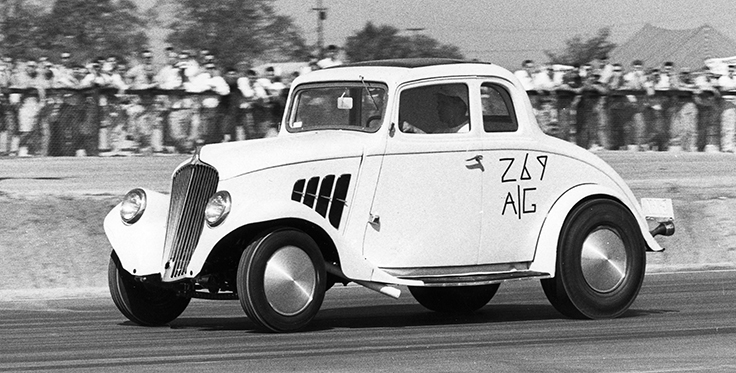 With so few races a year for the first decade, it’s no wonder this stat was stagnant at times. “Ohio George” Montgomery, who won Little Eliminator at the 1959 Nationals in Detroit, became NHRA’s first two-time national event winner when he wheeled his supercharged Cadillac-powered Willys to a repeat win the next year. Montgomery held the “winningest” mantle for about 18 months until Don Nicholson and Jack Chrisman both won the Winternationals back-to-back in 1961 and 1962. Hugh Tucker, runner-up to Montgomery at the 1963 Indy race and also a winner at the 1962 Winternationals (Little Eliminator), became the sport’s fourth two-time winner when he won the Jr. Eliminator crown at the 1963 Winternationals. 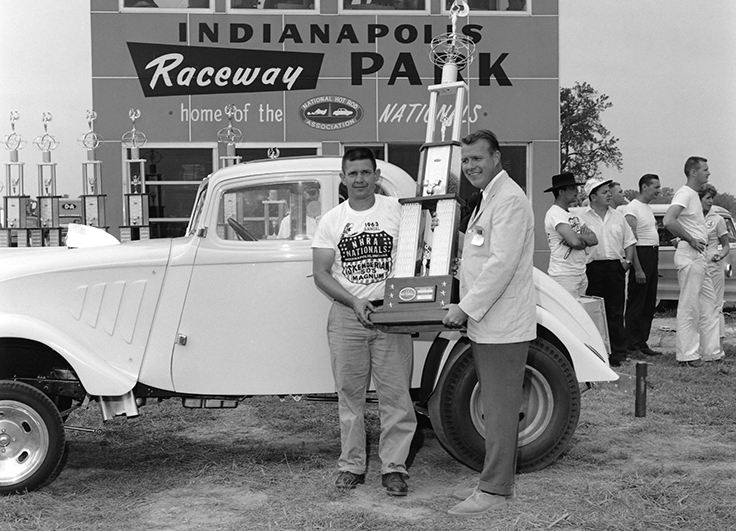 Montgomery vaulted back into the all-class lead by winning the Nationals for the third time in 1963, this time in Middle Eliminator, and he held the honors for more than two years until Hugh Tucker struck again at the 1966 Winternationals, and Top Gas star Gordon “Collecting” Collett earned his nickname by collecting trophies for wins at the 1964 Nationals, the 1965 Springnationals (Bristol), and the 1966 Winternationals. Jere Stahl went on a tear of his own in 1966, becoming the sport’s fourth three-time winner with Stock and Top Stock scores at the Springnationals (Bristol), Nationals (Indy), and World Finals (Tulsa, Okla.), the latter of which won him the world championship. 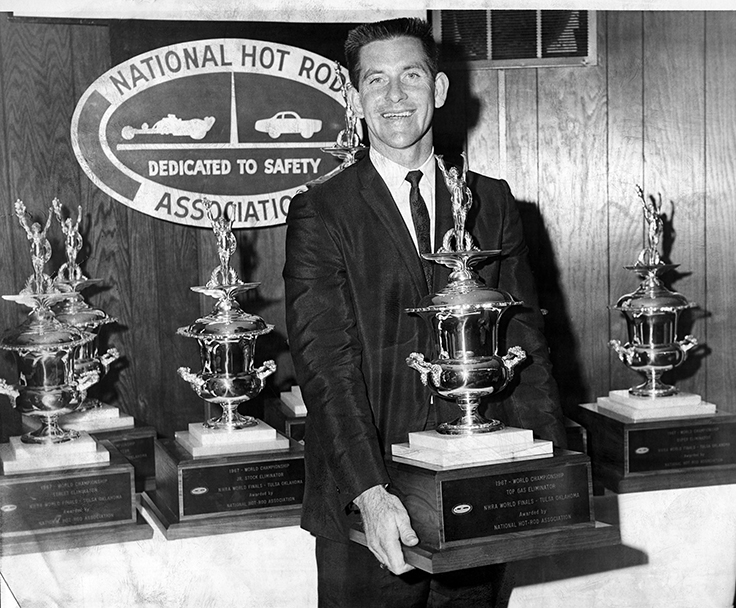 Collett kept collecting big wins, and his score at the 1967 Winternationals gave him sole possession of the crown of the winningest driver. Fans today don’t realize what a dominant figure he was back then. He bookended 1967 with wins at the Winternationals and World Finals (winning the championship as a result) then won the 1968 Winternationals and 1970 Gatornationals, becoming the first NHRA driver to win four, five, six, and seven trophies before finally being tied by the great Ronnie Sox midway through 1970.

Tied at 15 by Don Prudhomme (1976 Winternationals) 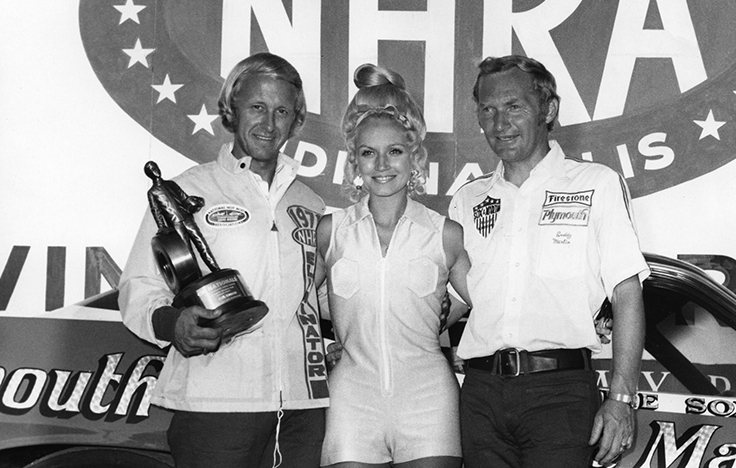 Sox had accumulated his first six wins in Super Stock between 1964 and 1969 and had been nipping at the heels of the other big winners, but he finally seized the top spot in 1970, Pro Stock’s first year. Sox won the sport’s third Pro Stock race, the Dallas-based Springnationals, which tied him with Collett, but he then went on a tear with two more Pro Stock wins that year, the World Finals (also in Dallas, which earned him the first Pro Stock world championship) and the Supernationals at Ontario Motor Speedway in Southern California.

Sox added six more Pro Stock wins in 1971 to reach 15 wins, reaching a total that many thought would never be challenged. At the time, the national event schedule only had eight races, and no one could dream that someday we’d reach 24, but Sox didn’t win another event after the 1971 season, and a guy named Don Prudhomme started nibbling away at that lead. 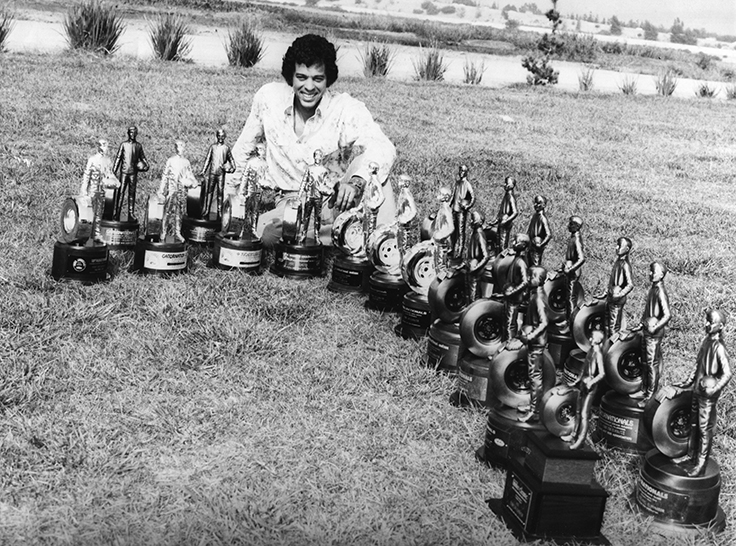 Prudhomme had been collecting trophies at a regular but not frenzied pace since his first in Top Fuel at the 1965 Winternationals. He finished the 1960s with just four total and added just four more between 1970 and 1974, the last three after switching to Funny Car.

Prudhomme famously caught fire in 1975, wheeling his vaunted Army Monza to six Funny Car wins in eight starts to pull him to within one win of Sox’s title. “The Snake” wasted no time in 1976 streaking past Sox, winning the season’s first six races en route to a wild seven-wins-in-eight-races season, helping build a lead that would last more than four years.

Prudhomme’s winning pace slowed (by his standards) through the rest of the decade, winning seven times between 1977 and 1979 and just twice in 1980, which ultimately was not enough to hold off the hustlin’ Hoosier, Pro Stock star Bob Glidden, who caught and then passed him before 1980 was over. Although Prudhomme would add another 19 trophies to his mantle before retiring in 1994, he never got back around Glidden.

Glidden spotted Prudhomme about eight years and eight wins, but finally caught “the Snake” when he notched his 31st career win at the 1980 season-ending World Finals in Ontario, Calif. Glidden had won his first race at the 1973 U.S. Nationals and had 27 Wallys on his shelf by the end of the decade — thanks largely to unprecedented success with his Ford Fairmont in 1978 and 1979, when he collected 14 victories, split evenly between the two seasons — and four world championships.

Glidden won four times in 1980 — Columbus, Denver, Seattle (where he tied Prudhomme’s event win total), and Ontario — to Prudhomme’s two and scored his fifth championship to break another sport-leading tie he shared with Prudhomme. Glidden would remain NHRA’s winningest driver for 15 years, becoming the first NHRA driver to reach the 50- and 75-win milestones in the process, and today, nearly 30 years after his last win, he is still among the sport’s Top 10 winningest drivers. 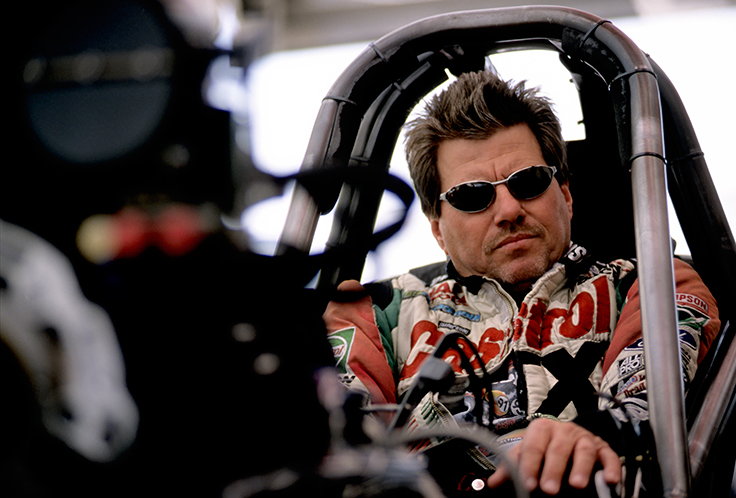 By the time that Force had begun the final transition from perpetually underfunded part-time racer to event winner, Glidden’s and Prudhomme’s win totals were in another universe. Force just wanted one win, and he finally got it in Montreal, Canada, in June 1987. At that time, his lifelong hero, Prudhomme, already had 35 wins but was slowing. Glidden was at 55 and still climbing. It’s doubtful Force ever thought about catching either, let alone getting to double digits.

But Force’s late-1980s collaboration with tuning mastermind Austin Coil and funding from Castrol GTX began his rocket-ship ride to the top. Although he only won four more times to end the 1980s, he dominated the 1990s like none before him. He won a staggering 76 times over those 10 years and won the championship in nine of the 10. Force entered the new millennium with 81 career wins, just four behind Glidden. After an early-season win in Phoenix, he won back-to-back-to-back in Richmond, Atlanta, and Dallas to tie Glidden’s once-unassailable total.

One race later, at the NHRA Prestone Nationals at Route 66 Raceway outside of Chicago, Force defeated Tony Pedregon in the final round for win No. 86, and the one-time long-haul truck driver, who in the 1970s didn’t have two nickels to rub together and survived on bologna sandwiches in hotel rooms packed with six people, was suddenly NHRA’s all-time winningest driver.

Force didn’t take his foot off the gas, winning 40 more times before the decade ended and adding another 26 since then. He became the first to reach 100 victories at the 2002 Houston event and the first to score 150 at the 2019 Seattle race. His total at press time is 154 victories, including three already this season.

Only three other drivers — Sportsman racers Frank Manzo (105), Dan Fletcher (105), and David Rampy (100) — also have reached the century mark, and Force’s closest active Pro-class rival, Greg Anderson, sits at 97 wins, unlikely to ever catch him as both approach the twilights of their careers.