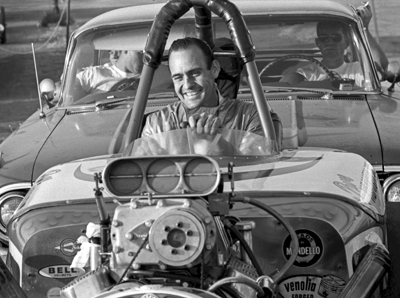 Although both Fitzgerald and Bryant were both Southern California favorites in their fields, Fitzgerald was actually born in Oklahoma in 1933 and the family migrated to SoCal in the early 1940s, finally settling in Long Beach, which, of course, a decade or so later would become the home of fabled Lions Dragstrip. How convenient! 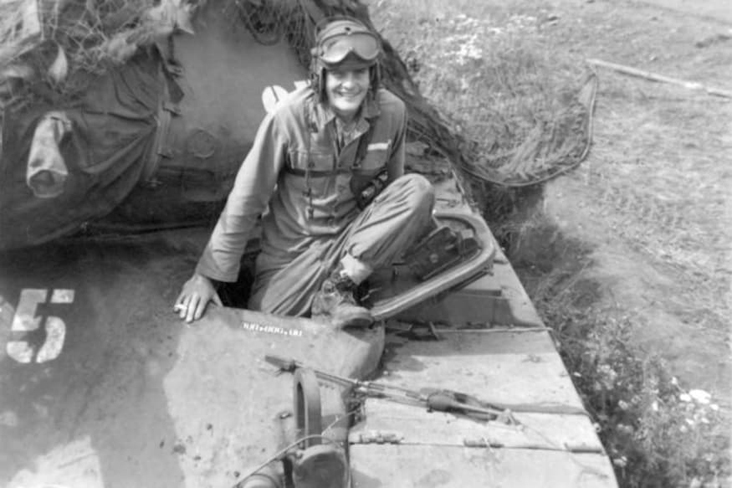 Before Lions came the Korean War, and Fitzgerald was drafted and assigned to a tank battalion in Frankfurt, Germany. He was discharged from the Army in late 1954, resumed his pre-war job as a milkman, and a few years later bought a brand-new '56 Ford pickup into which he swapped a new Oldsmobile V-8. ‘Man, that thing could smoke the tires for a half a block,” he told Hot Rod magazine in 2017. “That was the beginning of my hot-rodding days."

Racing took a back seat as he and wife Darlene welcomed children and he opened his first speed shop, Fitzgerald Racing Equipment, on the same Fullerton, Calif., lot where Jess Tyree sold headers

Fitzgerald raced at the famed Santa Ana Drags in the late 1950s and, in the early 1960s, Fitzgerald partner with fellow milkman Ted McMullen to buy Glenn Ward's dragster. They installed a Potvin-supercharged Olds engine, but the car was crashed by friend Jack Eskelson during a licensing run, so he and Eskelson built a little injected Chevy-powered Fiat altered that Fitzgerald drove to mid-nines at 154 mph. 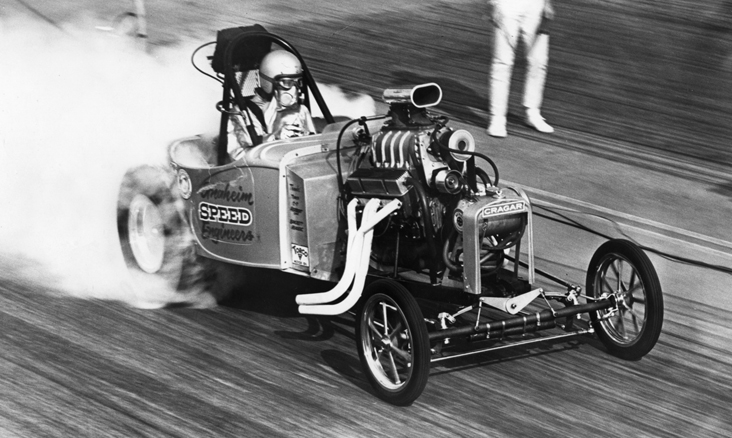 Richard Rockman volunteered his blown-fuel small-block Chevy to go into the new '32 Bantam roadster that Fitzgerald and Eskelson had under construction and with third partner R.T. Reed the Pure Heaven car came into life, supported in part by Fitzgerald’s newly renamed business, Anaheim Speed Engineers.

“The Fuel Altereds were really coming into their own at that time,” Fitzgerald told National Dragster in a 2000 interview. “The top drivers were starting to get rated into top 10 lists in the drag racing weeklies, so a lot more of the altered were being built. We called it Pure Heaven in direct response to Rich Guasco’s Pure Hell car, which we were running a lot.

"That car really put us on the map," he said. "We won a bunch of fuel altered shows at Lions, Irwindale, and OCIR."

Pure Heaven II followed a few years later, replacing the 327 with a new 427. It debuted at the 1966 Bakersfield March Meet with low eight-second passes at 175 mph and eventually ran in the sevens at more than 200 mph. 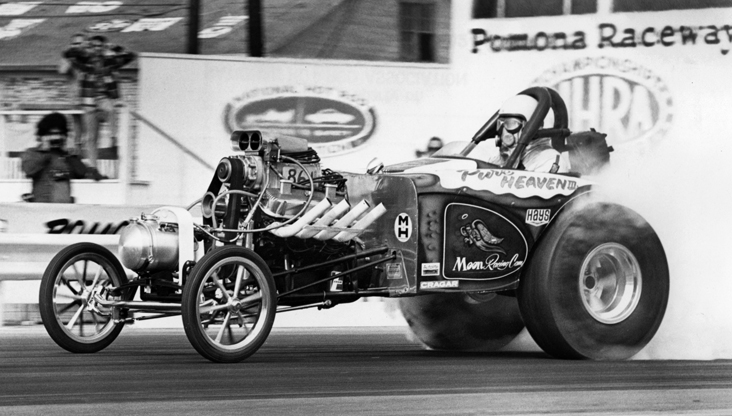 Pure Heaven III won class at the 1971 NHRA Winternationals, beating Dave Hough, Mike Sullivan, and Gary Hazen, then went on tour with “Wild Willie” Borsch, Leroy Chadderton, and others and was the top finisher, which gave him enough money to buy a two-speed Lenco and reverser, a first for the class. The new combo then earned him class honors at the U.S. Nationals in 1971. The car ran a best of 7.11 at 205 before he retired from driving in 1975. 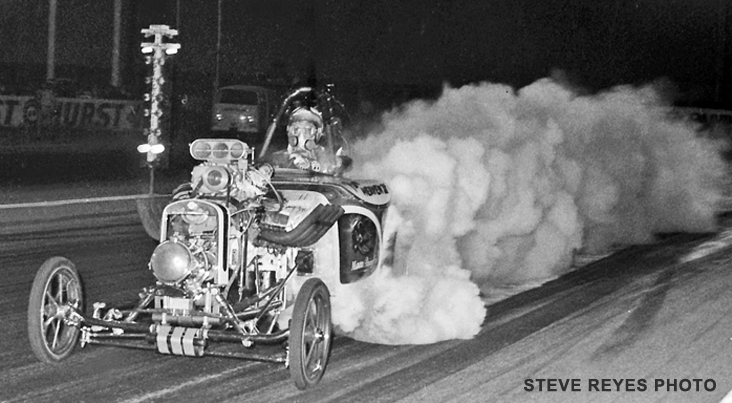 "I kind of felt that by the time you reached age 40 you were supposed to quit," he told Hot Rod. "I had a growing family and a good job with seniority working at Chrysler [New Car Prep Department], so it seemed like a good time to hang up the old driving gloves. After that, Alan Miller drove for a couple of years. Then I sold the car but kept the drivetrain. Art McLaren had a brand-new altered, so we put my drivetrain in his altered and christened the car Pure Heaven IV. Art drove, and we ran that car from 1975 to 1979." 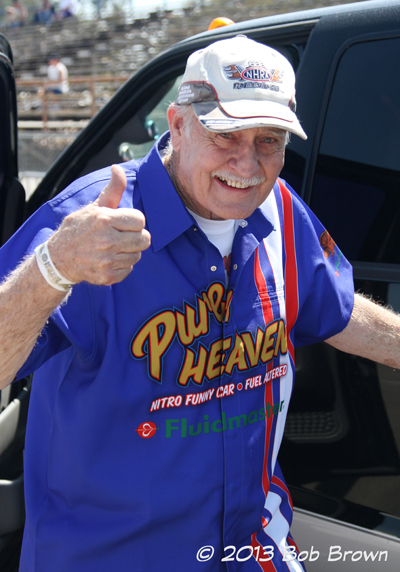 Fitzgerald got into building sand dragsters (and, oddly enough, toilet-tank shutoff valves  for Fluidmaster) and was sucked back into drag racing with the restoration of Pure Heaven II by Bob Nylander, which Fitzgerald briefly drove before handing over the reins to Howard Haight. Fitzgerald’s grandson, Chris Bennett, fielded a Pure Heaven Camaro Nostalgia Funny Car, and, in 2013, Fitzgerald and Eskelson reunited to build Pure Heaven V, which both Chris and his father, Jeff, drove.

Fuel Altereds are among the wildest machines to ever tackle the quarter-mile, but the short-wheelbased (95 inches, typically) cars never fazed Fitzgerald.

“I had inched my way up in speeds from 125, so it never really seemed like a big deal,” he told ND. “The car wasn’t that bad. It was always a bit out of shape, but it went fairly straight compared to some of the other cars. That’s probably why we won more races in a row than the other guys.” 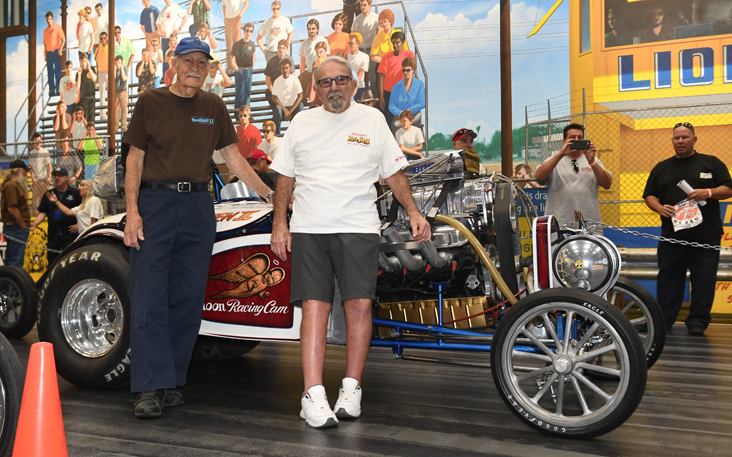 The Pure Hell II AA/FA is on display at the new Lions Dragstrip museum (currently closed; sorry), where Fitzgerald, left, and Pure Hell owner Rich Guasco posed in front of the famed machine, which is on display as a perfect tribute to the "Awful Awful Fuel Altered."

Bryant first hit the radar screens of NHRA fans as one of the West Coast’s top Pro Stock players and even after small-blocks became all the rage in the class, I remember Bryan sticking with his favored big-block power in a series of killer Camaros. His greatest NHRA moment came in his lone final-round appearance at the 1979 Mile-High Nationals, which is best remembered for Randy Humphrey stopping Bob Glidden’s year-long winning spree (Glidden actually stopped himself with a red-light) in the semifinals. Bryant was in the other lane in the final round.

Bryant had qualified No. 2 in the field with a 9.20, but that was more than a tenth behind Glidden’s pack-leading 9.08. Humphrey was third with a 9.21 in an eight-car field that also included former world champs Don Nicholson and Ronnie Sox. Bryant advanced to the final round after a first-round red-light by Lee Hunter and a semifinal decision over fellow big-block Camaro racer Kevin Rotty, 9.28 to 9.32. Humphrey had run 9.25 against Glidden’s foul and followed with a 9.27 in the final to defeat Bryant’s 9.31.

Bryant says he got out from behind the wheel “because I didn’t like trying to get sponsors; I just wanted to find ways to make my car go faster.”

Bryant had worked his way through the Stock and Super Stock ranks before ending up in Pro Stock and his desire to always build more power led to the creation in 1973 of the family-owned and -run automotive machine shop, Bryant Racing, which in 1983 led to a line of crankshafts that built an amazing resumé of race winners and world champions in just about every powersports on the planet – from NHRA, NASCAR, and IndyCar through World of Outlaws and drag boats -- and Bryant was still deeply involved in the design, engineering, and manufacturing of his cranks.