Virginia is for winners

Tuesday's announcement about NHRA’s exciting national event return to Virginia this June got us thinking about the region and all of the great racers that have come from “the Old Dominion” over the years.
02 Feb 2018
Phil Burgess, NHRA National Dragster Editor
DRAGSTER Insider

Tuesday's announcement about NHRA’s exciting national event return to Virginia this June got me to thinking about the region and all of the great racers that have come from “the Old Dominion” over the years.

The region may be steeped in Civil War history, but it’s got some pretty substantial drag racing lore surrounding it, too. Fabled old tracks like Old Dominion Dragstrip and Suffolk Dragway (perhaps the most famous of the Virginia tracks as the host of divisional events, national opens, and match races) brought in cars and fans from along the East Coast; this page provides photos, videos, and information about two dozen dragstrips in the state since the 1950s.

The list of successful, famous, and memorable drag racers from the state could fill several books, but I’ll take a look this week at just some of the greats who called Virginia home. 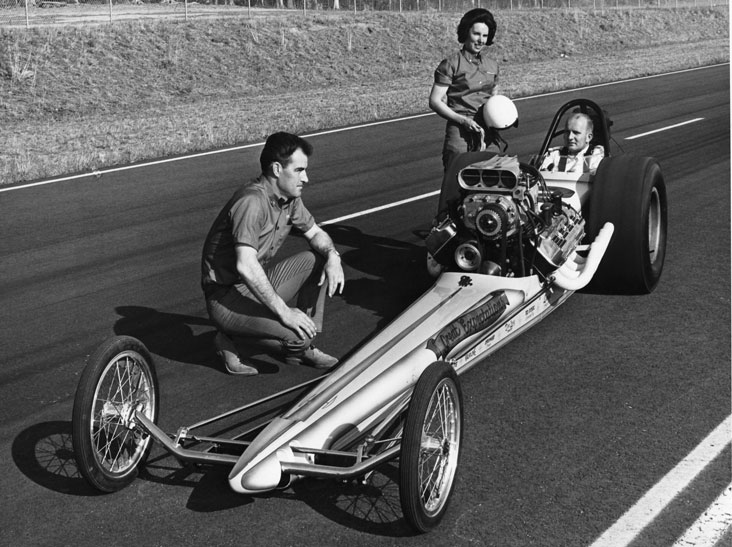 The husband and wife team of Jim and Alison Lee is among the most accomplished of drag racing’s Virginians, and if there’s a first family of Virginia, it’s them. (The Lees can trace their family lineage in the state back to the late 1700s, when the king of England deeded the family 150 acres of prime Virginia land.) Although Jim did drive gas dragsters early in their careers, they were better known as owners and tuners of their long string of successful Top Fuel dragsters based out of The Plains, Va. Alison wasn’t there to cook food; she was considered the top female mechanic of the time; Alison was Kim LaHaie probably before Kim was even born, a knowledgeable, skillful nitro tuner. They became Top Fuel team owners in beginning in 1967 with driver Bub Reese. Hank Westmoreland, Tom Raley, Ted Wolf, Lee Weller, Dale Thierer, Bobby Hilton, and Butch Osmon followed Reese into their cockpit up through their retirement in 1982. They were inducted into the International Drag Racing Hall of Fame in 1995. Hilton later married into the Lee family, and his son, Tyler, races with his dad and grandparents, who are still very much active, on the nostalgia circuit. 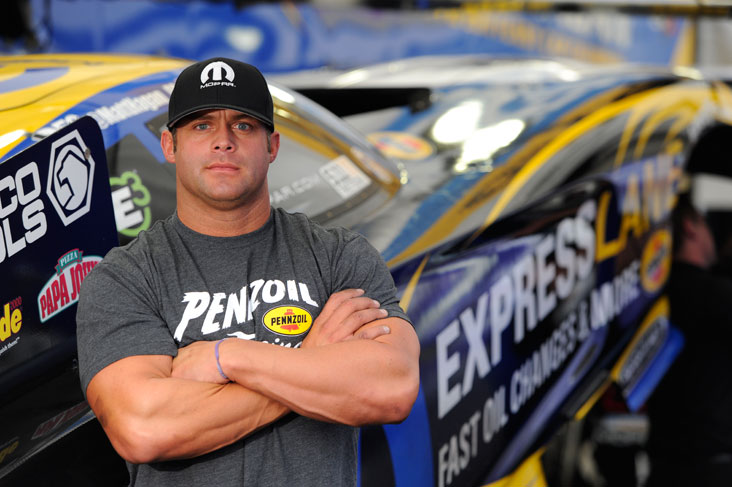 Today, the Virginia flag is carried highest by beefy Virginia cattle farmer Matt Hagan, a two-time NHRA Mello Yello Funny Car champion, record setter, and winner of 26 NHRA national event titles. The Christiansburg resident is at the top of his game these days, capable of winning events and championships every season. He’s won four races every year since 2013, when he won five, including a U.S. Nationals crown in 2016. 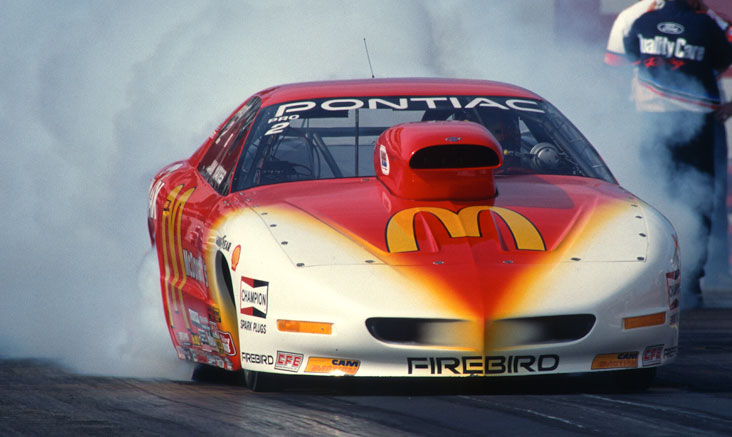 Almost exactly matching Hagan’s numbers is Alexandria’s own Jim Yates, who won back to back NHRA world championships in Pro Stock in 1996 and ’97 and a for parts of five seasons fielded a two-car team with son Jamie at the wheel. Jim won 25 NHRA Wallys at 14 different national event venues, but his homestate track was not among them. Yates did, however, become the fifth member of the Speed-Pro 200 MPH Club at the 1999 Richmond event, two years after Warren Johnson shattered the 200-mph barrier there. Both Yates are still heavily involved in the sport, with Jim helping tune the Arana family Pro Stock Motorcycles and Jamie a tuner on Kenny Delco’s Pro Stocker.

When you call your car the Virginian, it leaves very little doubt about your loyalties, and for years Pee Wee Wallace was Virginia’s most visible representative. The Mechanicsville-based racer was an early competitor in the altered-wheelbase, injected-nitro Funny Car precursors as early as 1964. He eventually added a blower and began touring with wife Dot (and, later, sons Warren and Bruce) at his side. From 1967 through 1972, he ran a homebuilt Barracuda Funny Car, then teamed with Billy Holt to drive Holt’s Alabamian for two years, the transitioned into Jim Beattie’s Black ‘Stang. He won the Division1 championship three straight years (1973-75). His final season was 1976 with partner Dave Prime but their Monza burned to the ground in a fire at the Springnationals that year and he finished out the year in a Vega. He was inducted into the Division 1 Hall of Fame in 1980.

Bill Leavitt, who originally hailed from Michigan before moving to California in the late 1950s then raced for years out of Richmond, is another name that should be well familiar to longtime fans, especially those who follow Funny Cars (even though he began in Top Fuel). His line of cars – almost all called Quickie Too and mist of them Mustangs – were a familiar site from coast to coast. Although he never won an NHRA national event, his Donovan-powered floppers were low qualifier at a number of events, including the Winternationals in 1975 and 1978; he even reached the semi’s at the ’75 race before losing to Mike Miller and the Green Elephant. I know he did win some non-NHRA titles (the 1972 AHRA Green Valley Nationals in Texas and the 1973 Springnationals in Bristol being two of them). He also made the first sub-6.50 Funny Car run, a then-jaw-dropping 6.48 at Lions Drag Strip in late 1971. 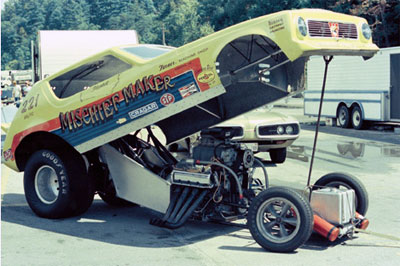 More recently, you had Scott Weis (Richmond), who in the late 1990s and 2000s competed in both Top Fuel and Funny Car and Blake Alexander (Smith Mountain) who also has driven both and last year made the transition to Top Fuel. 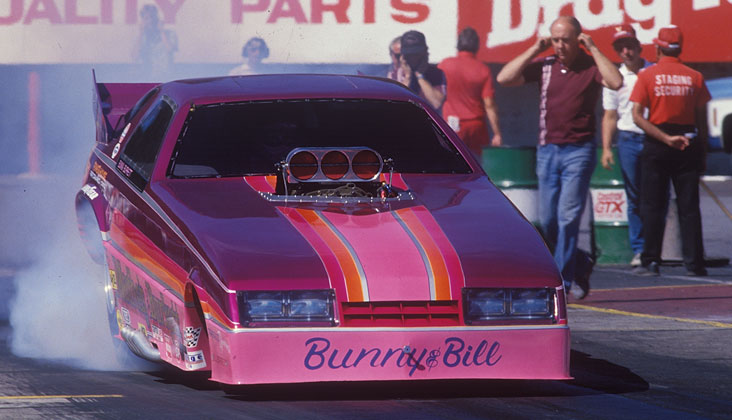 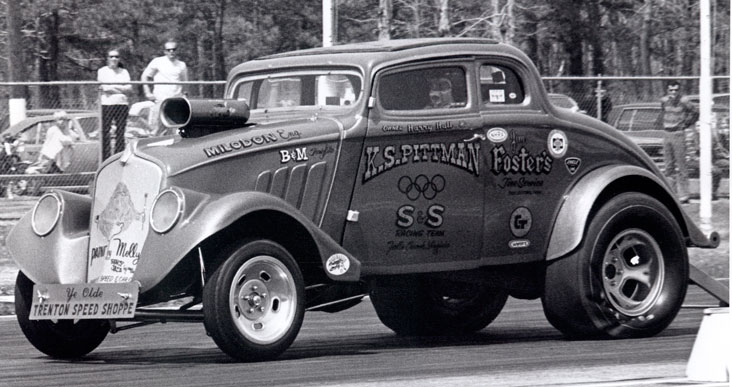 Outside of the Pro ranks, 1960s gasser greats K.S. Pittman and Gene Altizer both hailed from Virginia, as does current Sportsman superstar Anthony Bertozzi, who has 18 career wins including a Super Stock/Stock double in Epping in 2013 and a Super Stock championship in 2002.

We’re all excited to head back to Virginia to see what more history might unfold, and it would sure be great to reconnect with some of the state’s historical drag racing figures.