This weekend’s 64th running of the 2018 Chevrolet Performance U.S. Nationals will also mark perhaps an even more important milestone as it will be the 50th anniversary of the first presentation of the now-iconic Wally winner’s trophy.
31 Aug 2018
Phil Burgess, NHRA National Dragster Editor
DRAGSTER Insider 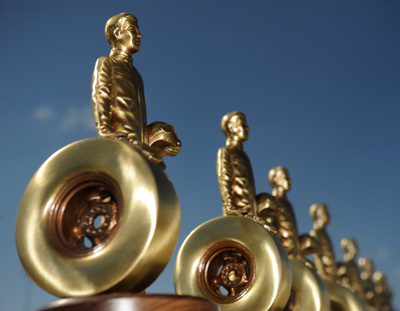 This weekend’s 64th running of the 2018 Chevrolet Performance U.S. Nationals will also mark perhaps an even more important milestone as it will be the 50th anniversary of the first presentation of the now-iconic Wally winner’s trophy.

NHRA President Wally Parks, ever the thinker, personally designed the trophy which today bears his name, and described it thusly in National Dragster: “The new NHRA trophy will be a base-mounted sculpture in burnished bronze finish, depicting a fire-suited driver standing beside a wheel and drag slick tire.”

Parks also had developed the exclusive trophies that NHRA had awarded at its major meets over the previous six or seven years, but they still bore a strong resemblance to trophies handed out far and wide, and Parks wanted something unique, memorable, and, above all, coveted. Parks then tapped The American Dragway Trophy Company of Chicago, who had been NHRA's exclusive official trophy supplier for much of the sport's lifetime, to handle the new trophy's production.

The winners of the 1969 U.S. Nationals initially got the traditional old trophy in the winner’s circle, and the new trophy was handed out at the annual post-event banquet with the first recipients being Top Fuel winner Don Prudhomme and the winners of the 14 previous Top Eliminator/Top Fuel titles at the Nationals dating back to the Great Bend, Kan., event in 1955. 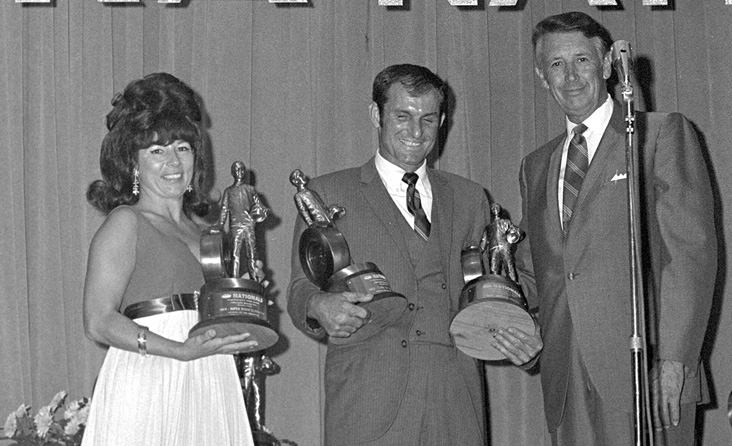 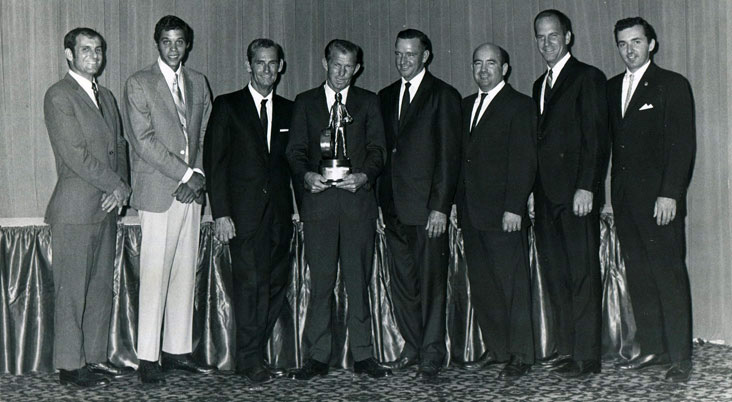 Since that 1969 U.S. Nationals, more than 9,000 of the full-size event-winner Wally trophies -– each standing 18 inches tall from the bottom of its solid walnut base to the top of the antique brass-plated head and weighing 12 pounds -- have been given out, including more than 500 to more than 350 different winners at Indy. Tens of thousands of smaller versions have been given out over the years to national event class winners, divisional event winners, E.T. Finals champions, special-award winners like Best Appearing and Best Engineered Cars, and to winners at select NHRA Member Track events.

Despite its presence on mantelplaces and trophy shelves across the drag racing universe, it remains the focus of drag racers everywhere, the ultimate prize in one of motorsports’ toughest endeavors.