The Great Northwest had some great car and great races, and some great photographers, too, as evidenced by the work of Herman Marchetti, who shares some of his images from the Seattle area in the 1970s.
18 Apr 2017
Phil Burgess, NHRA National Dragster Editor
DRAGSTER Insider 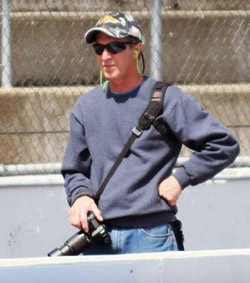 My column last week about the life and career of Hank Johnson stoked me into action to begin pulling together a large multi-column project I’d been working on of photos from the Great Northwest that were shot back in the 1970s by Herman Marchetti.

I had reached out via Facebook to Marchetti last year looking for approval to run one of his photos in my column and saw the treasure trove of photos he had shot. One thing led to another, and before I knew it had filled my Inbox with not only great images, but also his personal recollections.

I know that Southern California gets the lion’s share of love from nostalgia fans (Lions Drag Strip, Orange County Int’l Raceway, etc.), followed probably by the Northeast (Englishtown, Maple Grove, et al), but the Northwest had some great cars, some great races, and some great photographers, too. Here’s his story, the first of three parts that I will present throughout the year. Enjoy!

(Some photos cropped for space and color-corrected for age. Sorry Herman!)

“I attended his first race, the Skippers Funny Car 500 on a sunny Saturday day in July 1972.  My trusty Kodak Instamatic in my hand, I wandered the pits and got a few images but nothing on track. However in ‘73 I wandered out to the starting line with my trusty Instamatic and took full advantage of the lack of security and snapped a few from close up. The few I did get I knew I would have to upgrade my gear in order to get the kind of images I'd seen in Drag Racing Photo Greats magazines. This is where I learned the settings to use on my upgraded camera package. In the fall of ‘73 I purchased a used 35mm Canon FT camera from a friend, with four lens -- the biggest a 300mm -- for $200. My first big score.”

"Kenney Goodell: Only picture I got of this car. Instamatic score." 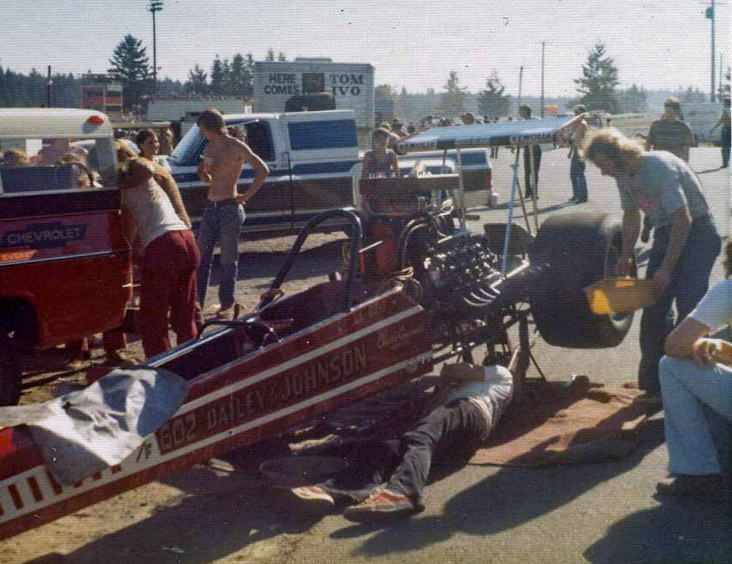 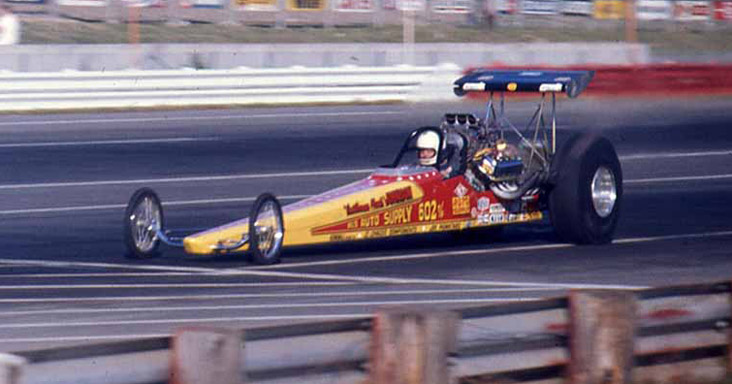 "Danny Ongais: I also have a pit stop photo of Danny Ongais taken in Portland, Ore., at the Indy Car races." 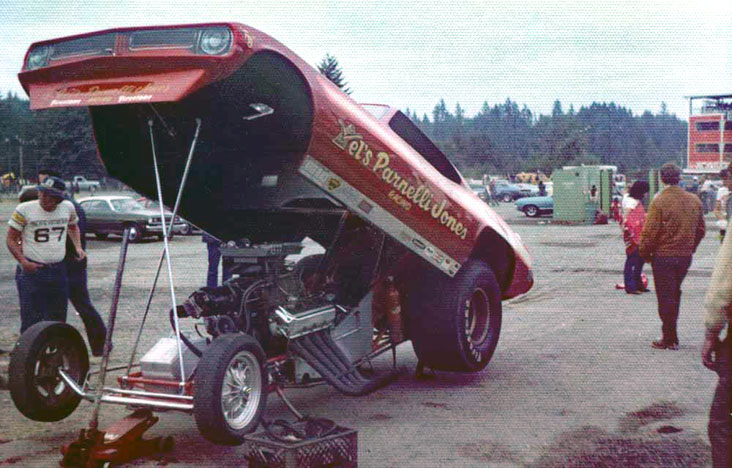 "Jerry Ruth: This is a scan of old print. Poor quality but one of the first ones that made me think, “I can do this!”" 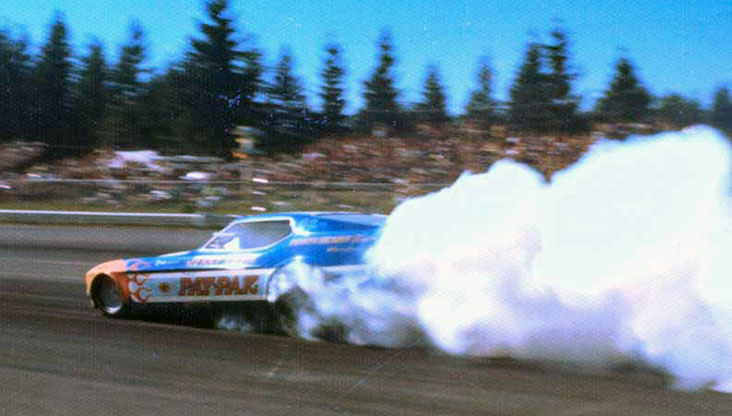 "Tommy Ivo: Fired from the hip. Looked up and snapped." 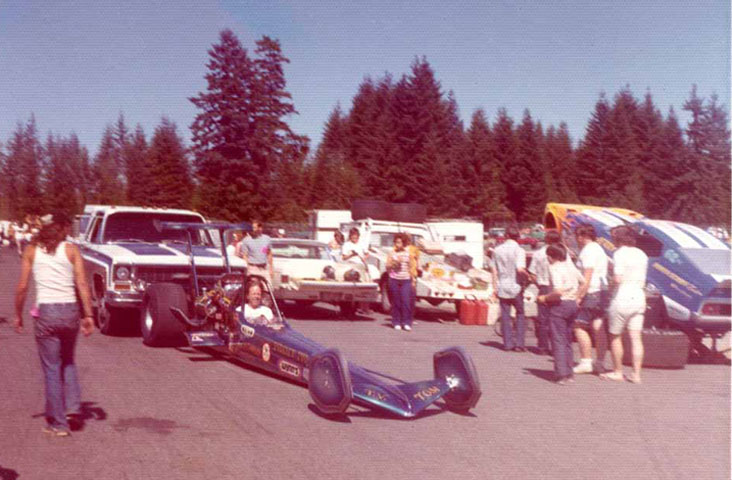 "Pisano & Matsubara: Little did I know at the time but this photo of the Pisano-Matsubara car contains Bill and Scott New. Bill was the owner of Firebird Raceway in Boise, Idaho, and Scott is his son." 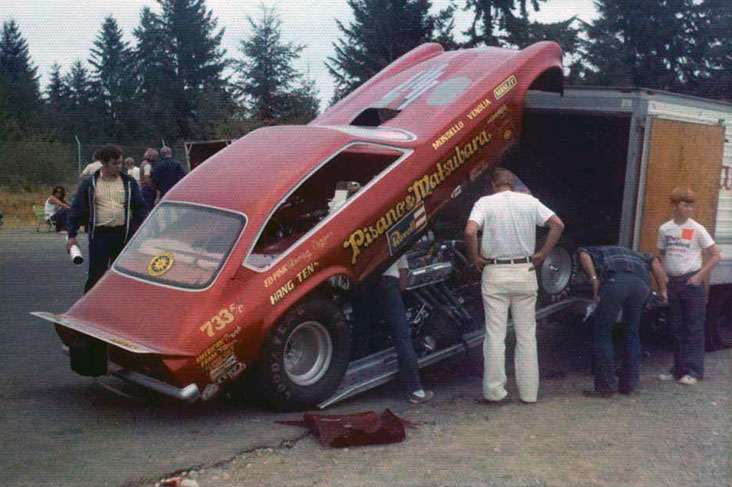 " 'The Snake' and “the 'Goose': Legends of the game. I got a lot of shots of 'Snake's' Monza because at the time he was winning every round. Always." 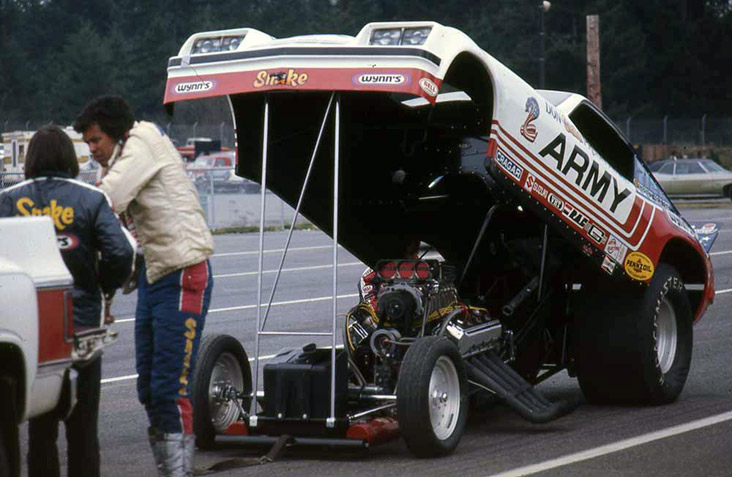 "My last side by side photo of them racing."

"And who can forget the silver and black Corvette? "

" 'The ‘Goose' got me once. Just short of the finish line, Tom Prock pulled his chute. Had him, but the Goose had recovered from a shaky start and the timing was perfect. I could hear him coming. Look at the rear quarter of the Custom Body Dodge. I wonder what is that I missed behind McEwen in the photo."

"Twig Zeigler was a favorite. I first met him at  Pizza Haven in Renton, Wash., two blocks from my house -- a Funny Car two blocks from my house. We shot the breeze for a couple hours. I saw him flip the Satellite on its top but I was on the starting line. I met up again when he began running in Nostalgia Funny Car and took their team photos one year. They were a great team. Still are. I see them at least once a year now." 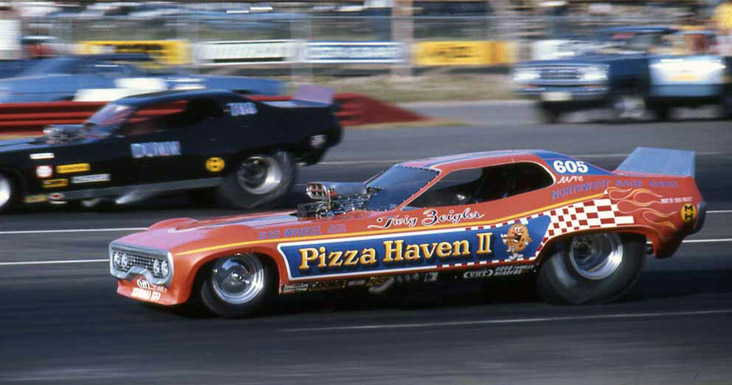 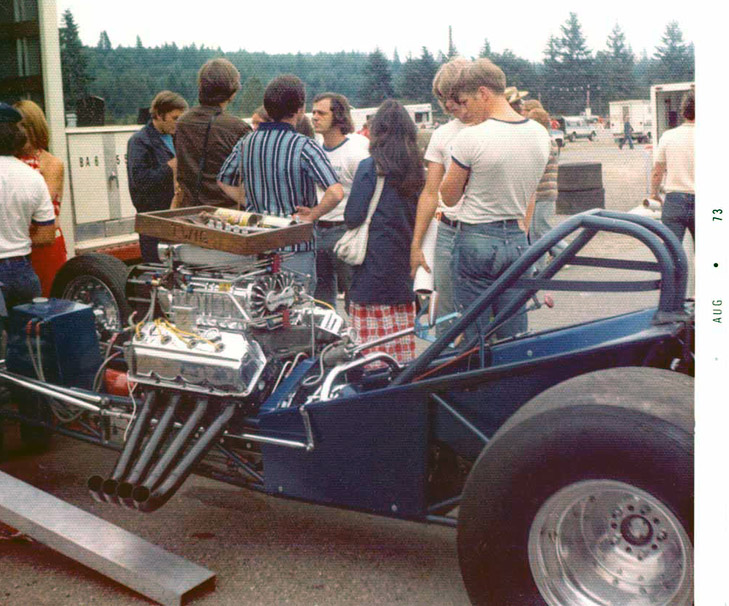 "Jim Dunn working on the rear engine Barracuda. I loved that car but never got a good photo of it with my Instamatic. Dunn always put on a good show and I got a flame shot from him.” 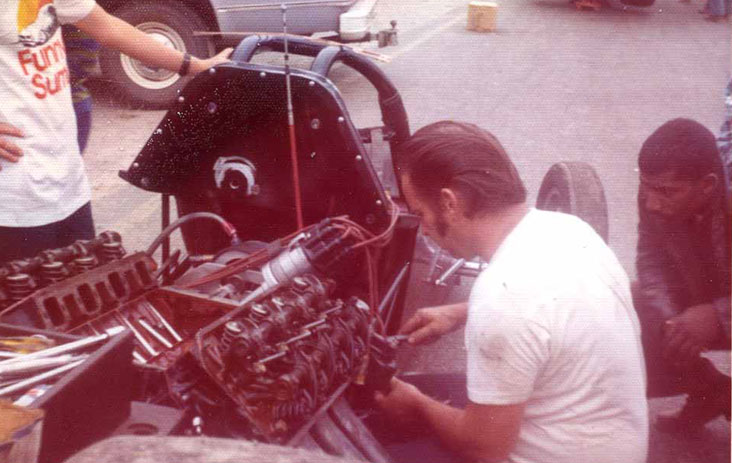 Thanks for sharing, Herman. As always, it’s great to see photos from people’s collection that maybe have never seen publication before. There are so many photos that I’ve seen time and again, photos of certain cars or incidents that are indelibly etched in my mind, which always makes seeing these cars and that era through new eyes.