In a year, a lot of stuff moves in and out of my e-mail box: photos, stories, Web site links, and I collect it all and store it like an animal preparing for hibernation, my own little collection of nuts and berries to get me through the winter. There's an amazing thread of photos on the H.A.M.B. forum that's nearly 400 pages and filled with great old shots like these; I only made it about a fourth of the way through before my finger (and my brain) went numb.

Below is a series of images that I found cool, interesting, or just weird (author estimate only; your taste may differ), along with my notes and thoughts. 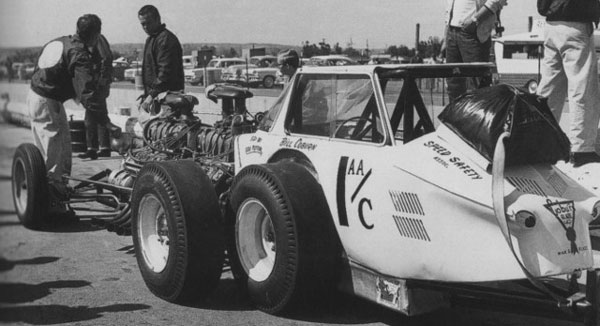 In the same vein, who says you even need four wheels or three wheels? The famed Leffler-Coburn Iron Mistress coupe had six! In a true example of the sum of the parts not being equal to the whole, Neil Leffler and Bill Coburn each took the fuel-burning Hemis from their competition coupes and paired them for this interesting experiment. It wasn't real fast, but it was spectacular.

We've seen lead weights and tubes filled with lead shot as front-end ballast, but a rock? I kid you not. Clearly, the Red Mountain Boys knew how to rock. 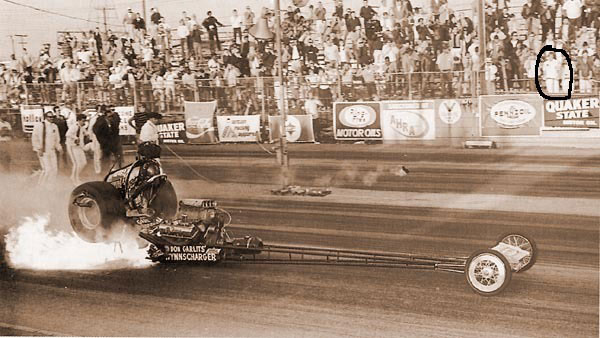 I think we've all seen the classic photo  of Don Garlits' career-changing transmission explosion at Lions, but here is Jon Asher's less-seldom-seen but equally-breathtaking downtrack angle. I'm not sure who circled the fan in the stands or why, but that's how this image was posted. 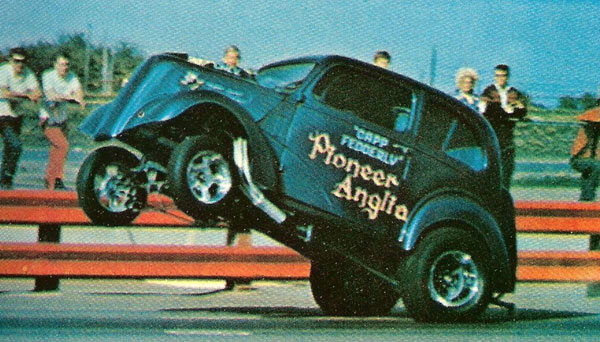 I've never seen this car before, but it can't be any mistake that the names on its side are Capp and Fedderly, as in future Top Fuel partners (and Indy winners) Terry Capp and Bernie Fedderly. Both are still at it years later, Capp in nostalgia racing and Fedderly as Austin Coil's alter ego on the John Force team.

The first rule of running against a jet dragster: Always leave first. 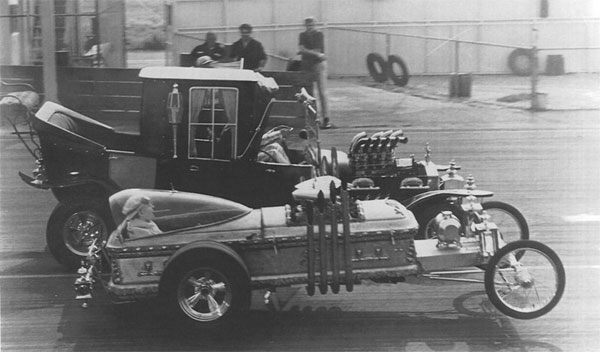 Herman Munster, far lane, and Grandpa dueled at Lions in a ghoulish go that was featured on the popular television show. 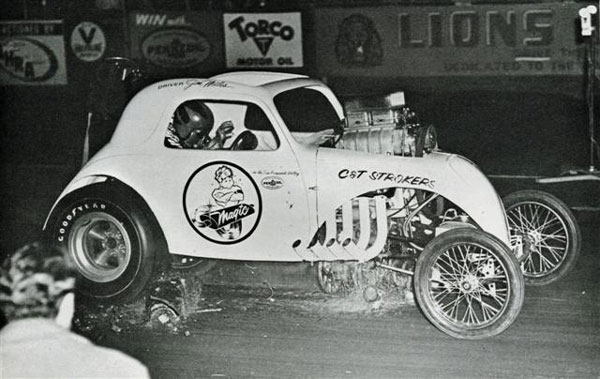 The driver's reaction in this photo is classic after his blown Fiat puked all over the Lions starting line.