Alex Laughlin has been named the new driver of the Jim Dunn Racing Funny Car for 2023. Team Manager Jon Dunn made the announcement at this year’s Performance Racing Industry show in Indianapolis. Laughlin, who has succeeded at every level in...
News

Watch Live! NHRA on FOX stage at the 2022 PRI Show—Thursday

Racers, race fans, enthusiasts, and businesses will gather at the 2022 PRI Trade Show Dec. 8-10 at the Indiana Convention Center in Indianapolis.
News

Ten unforgettable moments from the 2022 season

The 2022 season was filled with so many dramatic moments, historic victories, and milestone performances, that it's hard to remember them all but that didn't stop the National Dragster/NHRA.com crew from taking a quick trip down memory lane to recall some of our favorite moments from the past 12 months.
Feature

Elite Motorsports has announced that Scag Power Equipment will be joining its family of prestigious sponsors for the 2023 NHRA Camping World Drag Racing Season. The Scag logo will be proudly brandished on the Pro Stock machine of five-time NHRA Pro Stock world champion Erica Enders.
News

NHRA Top Alcohol Dragsters and Top Alcohol Funny Cars will be a featured attraction during the popular Cleetus and Cars at Lucas Oil Indianapolis Raceway Park. The two premiere Lucas Oil Series classes will race for a full regional payout and NHRA championship points during the unique event, scheduled for May 6-7, 2023.
News

Elite Motorsports has announced that it is expanding and returning to its roots with the acquisition of J.R. Carr’s Mountain Motor Pro Stock team.
News

Jim Dunn Racing has announced that it is parting ways with Funny Car driver Jim Campbell. The race team is expected to announce a new driver at the Performance Racing Industry (PRI) tradeshow in Indianapolis this week.
News

A Pro Stock specialty race is coming to Chicago, while the Pro Stock Motorcycle class will make its Seattle debut and compete in a Callout event in Sonoma.
News 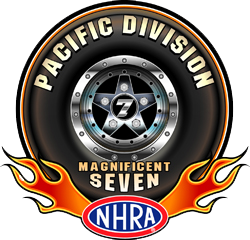