With a breathtaking backdrop in the heart of wine country, the NHRA Camping World Drag Racing Series is set to deliver an incredible weekend of 11,000-horsepower, 330-mph action at Sonoma Raceway during the 34th annual Denso NHRA Sonoma Nationals on July 22-24.
18 Jul 2022
Posted by NHRA.com staff
News

With a breathtaking backdrop in the heart of wine country, the NHRA Camping World Drag Racing Series is set to deliver an incredible weekend of 11,000-horsepower, 330-mph action at Sonoma Raceway during the 34th annual Denso NHRA Sonoma Nationals on July 22-24.

It is the 12th of 22 races during the 2022 season, marking the second stop in the famed three-race NHRA Western Swing and kicking off the second half of the year. Winners in Denver will look to keep rolling with a victory in Sonoma and set up a chance at history and to sweep the Western Swing with a win the following weekend in Seattle.

The annual stop in Sonoma has always been a marquee race for drivers and fans who love the picturesque setting in the heart of Northern California’s wine country as well as the incredible race conditions that has led to countless historical NHRA milestones over the years. This year promises to be just as thrilling, with nitro qualifying under the lights on Friday, two rounds of qualifying on Saturday, and eliminations on Sunday at one of the fastest tracks on the NHRA circuit. 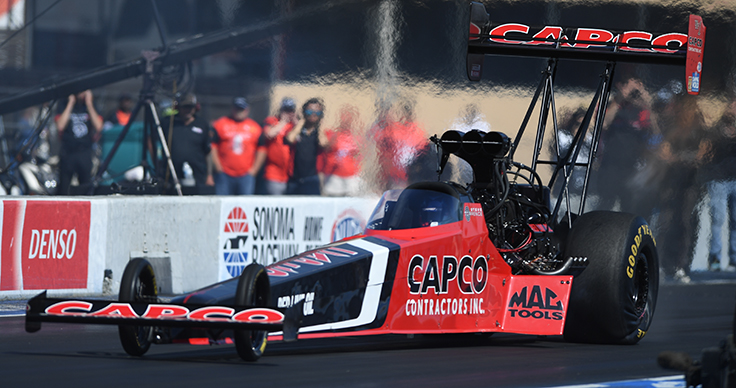 Torrence was one of three winners a year ago who picked up their first Sonoma victory, as he slipped past Leah Pruett in a thrilling final round. The Texan cruised to his fourth straight world championship, and he’s looking for his first victory of the 2022 Top Fuel season. Standing in his way is a plethora of talented drivers, including local native Mike Salinas, who has four wins and the points lead this year, Brittany Force, who has three wins this year, Dodge Power Brokers NHRA Mile-High Nationals winner Leah Pruett, Tony Schumacher, five-time event winner Doug Kalitta, Justin Ashley, Josh Hart, Clay Millican, Antron Brown, and Austin Prock. 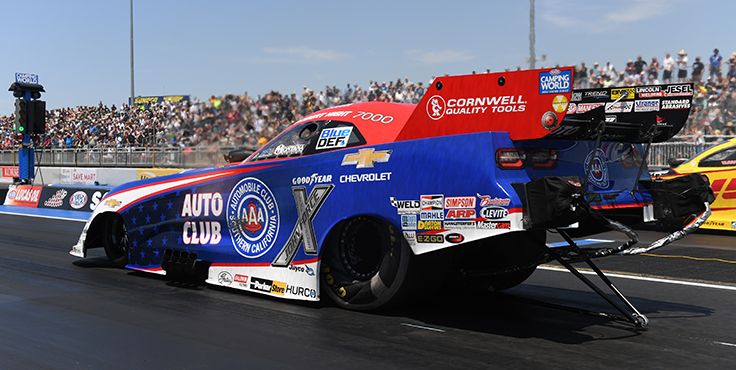 In Funny Car, Robert Hight, the winner in Denver last weekend, has dominated Sonoma Raceway in recent years, winning the last three races at the scenic track. He’ll look to make it four in a row – something no driver has ever done in Sonoma – and extend his points lead in the process, but it won’t be easy against a loaded field.

Pro Stock’s Aaron Stanfield drove to the win a year ago, capping off his hot summer stretch with his first Sonoma win. He’s picked up a pair of wins in 2022 to strengthen his championship contender status and was the runner-up last weekend in Denver, but this season has belonged to his teammate, points leader Erica Enders. She has won five times already this year and will look to win in Sonoma for the first time as she aims for a fifth world championship. 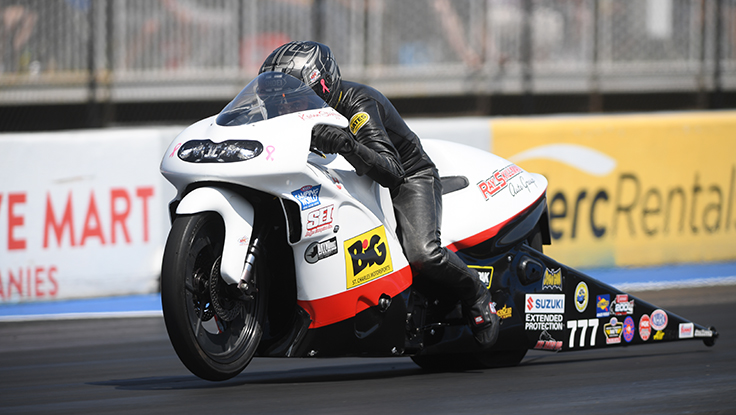 Karen Stoffer picked up her first victory at Sonoma Raceway a year ago, and she’s impressed so far in 2022 as well. She made the quickest run in class history en route to her Gatornationals win, and Stoffer will look for back-to-back victories in wine country. But trying to stop her are a host of talented riders in the two-wheeled category, including points leader Steve Johnson, defending world champ and Denver victor Matt Smith, Norwalk winner Angelle Sampey, Eddie Krawiec, who has three wins in Sonoma, Angie Smith, Bristol winner Jerry Savoie, Jimmy Underdahl, and Denver runner-up Joey Gladstone.

The event also will feature thrilling competition in the NHRA Lucas Oil Drag Racing Series, which includes some of the sport’s top drivers, as well as Top the Cops, Jr. Dragster and Street Legal exhibition runs. Before nitro qualifying on Friday, fans will have the opportunity to enjoy a nostalgia Cacklefest on the return road, as well as an exhibition run from The Little Red Firetruck Wheelstander. The popular wheelstander will also make a run on Saturday following the final nitro qualifying session.

Race fans at Sonoma Raceway can enjoy the special pre-race ceremony that introduces and celebrates each of the drivers racing for the prestigious Wally on Sunday and includes the fan-favorite SealMaster NHRA Track Walk. The final can’t-miss experience of any NHRA event is the winner’s circle celebration on Sunday after racing concludes, where fans are invited to congratulate the Denso NHRA Sonoma Nationals event winners.

As always, fans also get an exclusive pit pass to the most powerful and sensory-filled motorsports attraction on the planet in Sonoma. This unique opportunity gives fans a unique chance to see teams in action and service their hot rods between rounds, get autographs from their favorite NHRA drivers, and more. Fans can also visit NHRA’s popular Nitro Alley and Manufacturers Midway, where sponsors and race vendors create an exciting atmosphere that includes interactive displays, simulated competitions, merchandise, food, and fun for the entire family. The new Pep Boys midway display will include tire-change challenges, oil-change challenges, a slot-car track, and much more, adding even more excitement to the midway.