Forty years after his father, Tripp’s upset Funny Car win at the 1982 World Finals, Travis Shumake will return to Southern California with the same goal — to play spoiler in a championship battle — and will do so in a car honoring his late father.
09 Nov 2022
Posted by NHRA.com staff
News

Forty years after his father, Tripp’s upset Funny Car win at the 1982 World Finals, Travis Shumake will return to Southern California with the same goal: to play spoiler.

In 1982, the elder Shumake was brought in by Funny Car legend Billy Meyer as a “blocker” to defeat championship contenders Don Prudhomme and Frank Hawley. The single-race deal and Cinderella story ended with Shumake in the finals against Kenny Bernstein after taking out both Hawley and Prudhomme earlier in the day at the famed Orange County Int'l Raceway.

This weekend at the Auto Club NHRA Finals, Shumake wraps up a successful debut season racing the Randy Meyer-owned and -tuned Top Alcohol Dragster with the support of Envision RISE, an evolutionary platform that utilizes Organizational Change Management (OCM), Human Resource Management (HRM), and Diversity, Equity, and Inclusion (DE&I) to create a powerful integration and understanding between organizations and their workforce.

"Our partnership with Travis has created a direct path for us to connect in a unique way with the NHRA fan base and our clients,” said Envision RISE's founder and CEO, Joseph Anderson. “Travis has been a huge supporter of our mission and has worked hard to demonstrate his commitment to becoming a top NHRA driver and an advocate for opportunity derived from hard work and respect.”

The second-generation driver will be channeling the spirit of his popular father and the surprise success of his 1982 win with a throwback paint scheme, helmet, and crew uniforms. 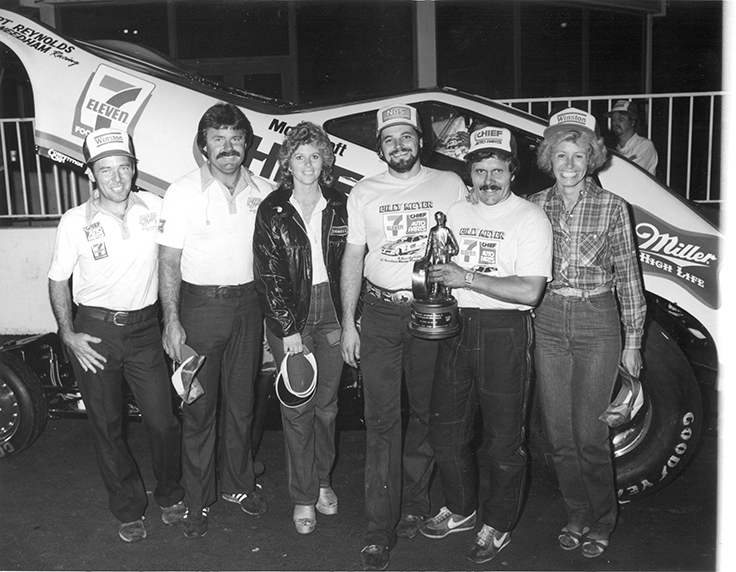 “I grew up watching VHS of my dad’s magical day at the World Finals. I still watch it. Regularly. I’m just as proud of his other wins and accomplishments, like being in both the Cragar Five-Second Club and the 250-MPH Club, but having the TV coverage and interviews make this race special. He’s been gone 23 years this Sunday and his finish-line interview with Steve Evans is the only place I can go to hear his voice. I get to hear him, see him, and now I’m hoping for my own finish-line interview with Amanda Busick. Makes the hairs stand up on my neck.”

“I’m not just here to honor my dad, I’m here to win and wouldn’t mind facing off with one of the drivers in the hunt for the championship. We’ve got the car. Between me, Hunter [Green], Fiona [Crisp], and Matt [Sackman], this Randy Meyer 'Team B' car has been turning on win lights all season long. If the points stayed with the car, this beast would be deep in the points battle."

Shumake grabbed a top-three qualifying spot in Charlotte and posted a career-best semifinal finish at historic Maple Grove Raceway, where he won the first two rounds on impressive holeshots. This weekend’s Auto Club NHRA Finals will be his fourth national event and a chance for the New York City resident to close out his season on a high note and carry momentum into the offseason as he looks to expand his racing schedule in 2023.

“I’m chasing funding for 2023 just like everyone else but am starting to get excited about the future.” Said Shumake. “Right now, I’m just enjoying the opportunity to learn from Randy and drive alongside Julie [Naatas]. Add all the marketing help I’ve gotten from Megan [Meyer] into that mix, and you quickly realize I’ve been training under the best in the business all season long. I hope bringing big names like Sheetz and Envision Rise into the sport shows folks I am serious, committed, and certainly no flash in the pan.”