A truly spectacular season in the Top Fuel ranks has come down to one last epic duel at this weekend’s Auto Club NHRA Finals at Auto Club Raceway at Pomona, where a championship will be crowned to close out the 2022 campaign in the NHRA Camping World Drag Racing Series.
11 Nov 2022
Posted by NHRA.com staff
News

A truly spectacular season in the Top Fuel ranks has come down to one last epic duel at this weekend’s 57th annual Auto Club NHRA Finals at legendary Auto Club Raceway at Pomona, where a championship will be crowned to close out the 2022 campaign in the NHRA Camping World Drag Racing Series.

Brittany Force’s incredible comeback at the most recent race in Las Vegas, where she won and made up nearly 90 points, puts her a mere seven points ahead of Justin Ashley heading into the finale, with Mike Salinas, Antron Brown, and four-time defending world champion Steve Torrence still lurking as well. 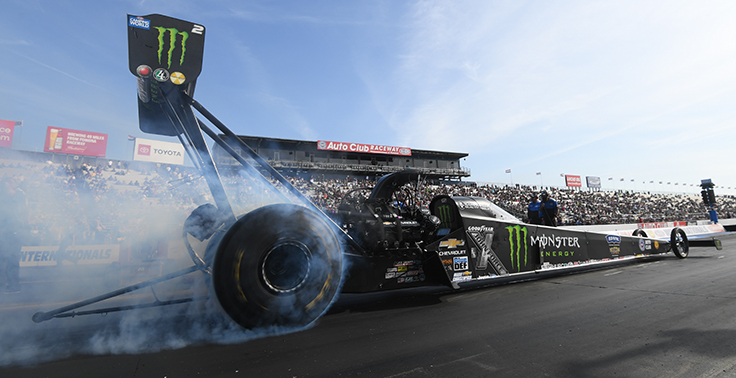 But Force and her team put themselves in contention to clinch a second world championship with their Las Vegas mastery, adding to what has already been a brilliant year in her 11,000-horsepower Monster Energy/Flav-R-Pac dragster. Force has claimed five wins, nine No. 1 qualifiers, the fastest run in Top Fuel history, and numerous track records, but she knows there’s still work to be done in Pomona.

“I’m really proud of our entire team, and we’ve had a great season,” Force said. “We’ve just got to keep doing what we’ve been doing. This team has been winning races and setting track records, and now, it comes down to the final race, as we knew it would. We’ve got to keep repeating what we’ve been doing, and it’s going to be an exciting weekend. It’s a lot of pressure, but I’m trying to find a way to enjoy it a little bit, and I am looking forward to Pomona and seeing where this ends up.”

Salinas is just 66 points back of Force, with Brown and Torrence trailing the leader by 78 and 87 points, respectively. That puts each within three rounds of Force, while Ashley can control his own destiny with a second Pomona victory in 2022.

“We’re keeping everything the same,” Ashley said. “There’s no reason to change what got us here, and we’ve got to focus on being the best version of ourselves and bring out our A game. The easiest thing to do is to get caught up in all the different scenarios. We just have to focus on doing the best we can and controlling our own destiny. But make no mistake, it’s going to be a battle, and you’ll see that throughout the weekend.”

Ashley, who has three wins in 2022, opened his season with a victory at the Lucas Oil NHRA Winternationals in Pomona and now will look to end his year with a win at the legendary facility. He slipped up in Las Vegas, falling in the first round, and that allowed Force to pounce, but Ashley’s confidence isn’t wavering heading into the pressure-packed moments that will be evident during the final race of the Countdown to the Championship playoffs.

“It’s an exciting time for our team,” Ashley said. “It was a disappointing weekend for our team in Vegas. We didn’t accomplish what we wanted to, but it would be silly to look at that race under a microscope. When you look at the season and the Countdown as a whole, we’re really happy with how we’ve been running. All you could really ask for is to be in it heading into Pomona.” 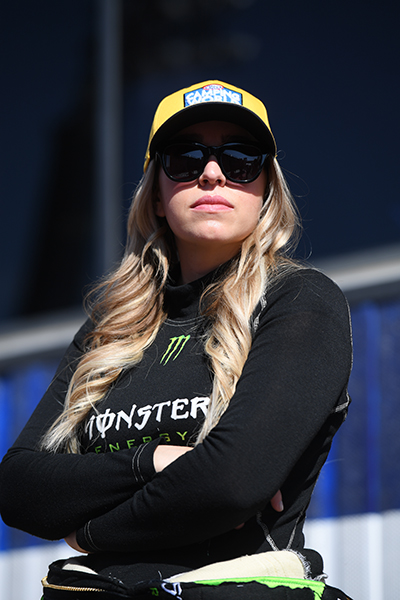 Force, meanwhile, found her playoff footing at the perfect time. After falling in the second round at the first four Countdown to the Championship races, watching her points lead slip away in the process, Force and her team responded with a dominant performance in Las Vegas. That wave of momentum is evident, and Force is banking on that energy to continue this weekend with a championship on the line.

“Our Countdown got off to a rocky start. The first four races, we didn’t perform like we had all season, and we started to stumble,” Force said. “But we turned it around in Vegas, and we all felt that energy. Anything can happen in Pomona with points-and-a-half, and we’ve all seen this before at this race. It’s still anyone’s game. That win in Vegas was huge for us, and we’re going to ride that through this weekend. That gives us confidence, and it motivates us to want to do it again.”

To purchase tickets to the Auto Club NHRA Finals at Auto Club Raceway at Pomona, call 800-884-NHRA (6472) or visit www.nhra.com/tickets. Children 12 and under are admitted free in general-admission areas with a paid adult.