Jeff Taylor took only a few minutes to savor his most recent victory at the season-ending 2021 Auto Club NHRA Finals before his thoughts drifted to his next victory, and what it will ultimately mean to him.

With 49 wins, Taylor is on the verge of joining fraternity of NHRA racers with 50 victories. For Taylor, joining the 50-win club is important, but it perhaps meant even more to his late brother, Charlie, who has always been his biggest supporter. Charlie, also a word champion, wanted nothing more than to see Jeff get to 50 wins. 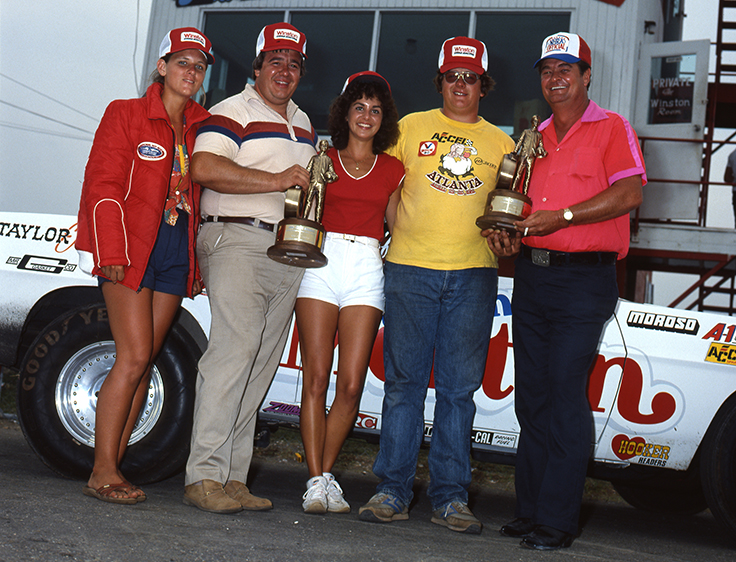 “Honoring Charlie; that’s what’s driving this,” said Taylor. “I can’t stop until I get there. I went home to North Carolina over Christmas and went to the cemetery, and I told Charlie, ‘Alright dude, I got one of them. we just need one more.’  The last time Charlie and I talked, a few hours before he passed away, he told me ‘You know darn well you can win two more races.’ He was right, but it’s hard. You can’t just snap your fingers and win a race.”

As teenagers growing up in North Carolina, the Taylor brothers raced together and achieved a lot of success. At the 1981 Cajun Nationals, they made history when Jeff won in Stock and Charlie bagged the Super Stock title. Later that season, they were crowned world champions in their respective divisions, the only brothers to do so in the same season.

Jeff has gone on to become one of NHRA’s most accomplished sportsman stars. His 49 wins have come in Stock, Super Stock, Super Comp, and Comp Eliminator and he even got the chance to dabble in Pro Stock in the 1980s.

Of all his wins, Taylor has a few that he’d consider his most memorable. Naturally, sharing his first Cajun Nationals win with Charlie ranks high on the list, but a few others are also noteworthy.

“I have two doubles and they’re both pretty special,” Taylor said. In Memphis [2001] I won Comp and Super Stock. I beat David Rampy in the Comp final and Peter Biondo in Super Stock. There aren’t many people who can say they beat those two guys 15 minutes apart.

“Winning Indy in 1981 was also pretty special. Charlie and I went there for the first time in 1980 and we didn’t event qualify. We went home, bought a dyno, and went to work. We came back the following year and qualified well and won the race. I remember standing in the winner’s circle with Charlie thinking, we just won Indy.”

Taylor’s thriving engine building business prevents him from racing as much as he used to, but he does plan on competing in approximately eight national events, giving himself a fair shot to hit the 50 win mark. At West coast events in Pomona, Sonoma, and Las Vegas, Taylor will continue to drive Jim DeFrank’s California Car Cover COPO Camaro, the same car he drove to his most recent win. Closer to his home in Southern Indiana, Taylor plans to drive either Jeg Coughlin’s JEGS.com Challenger or the new Super Stock Cobalt that will eventually be raced by third generation driver Clay Coughlin, Mike’s son. 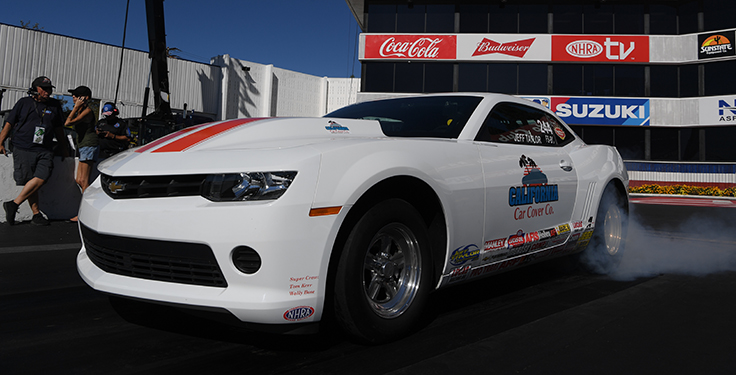 “I’ll be out West for Pomona with the DeFrank family so it would be nice to just get it over with then,” said Taylor. “Back east, I won’t race [a national event] until Norwalk because I’m just too busy to go to Gainesville or Charlotte.

Taylor admits that throughout his career, he never gave much thought to the prospect of winning 50 races.

“Heck, it took me five or six years to win the first one, something like this never crossed my mind,” he says. “Now that I’m this close, it’s all I want to do. I don’t have another goal after this. I’m not going to just up and quit, but I will certainly race a bit less than I used to. It’s hard now. As you get older you tend to make stupid mistakes. At my age, there’s no telling what I might do. I might forget to shift or something. I’m not taking anything for granted, but I am going to focus on winning just one more.”