The climate gods blessed the weekend with benevolent weather, giving over 170 drag racers pleasant conditions at Sacramento Raceway and a chance to snatch one of the 10 gold Wallys up for grabs as the 2022 Heritage Racing Series winds down with only one race remaining on the schedule
20 Sep 2022
Posted by NHRA.com staff
News

The climate gods blessed the weekend with benevolent weather (no triple-digit heat) giving over 170 drag racers pleasant conditions at Sacramento Raceway and a chance to snatch one of the 10 gold Wallys up for grabs as the 2022 Heritage Racing Series winds down with only one race remaining on the schedule (Famoso Raceway in October). 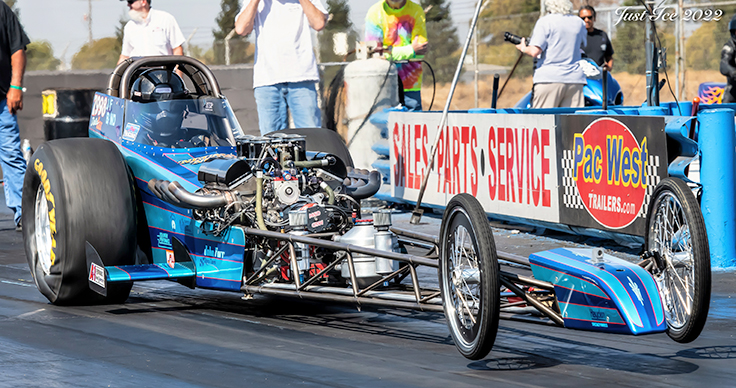 The big story of the 15th year of the Heritage Racing Series is Dustin Lee’s quest for championships in both Jr. Fuel and Nostalgia Eliminator I. Lee defeated No. 2 Brad Woodward in the final round of Jr. Fuel to retain the lead and got some help in Nostalgia Eliminator I to keep his nearest pursuers at an arm’s length. ] 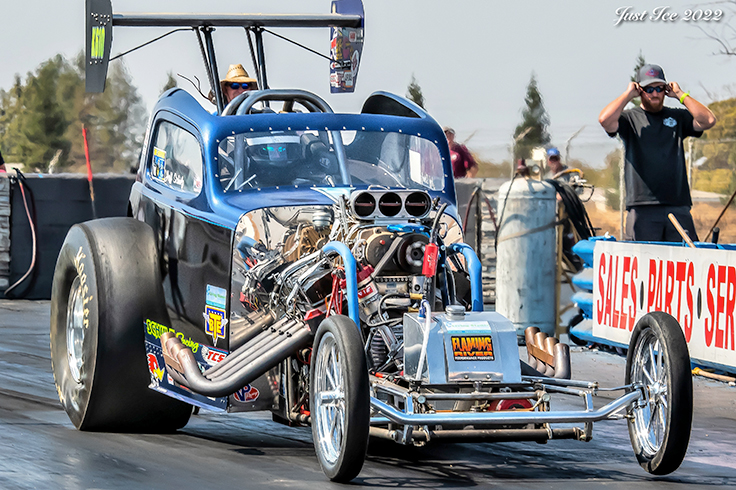 In round one of Nostalgia Eliminator I, Lee lost to eventual winner Jeff Schultz by a margin of victory of .002 (.011 RT, 7.608 to .012, 7.609). Fortunately for Lee, No. 3 Jason Barta also lost in round one, and No. 2 Dave Lawson went out in the next round of competition. The drama continues and the final act will be played out at Famoso in October. 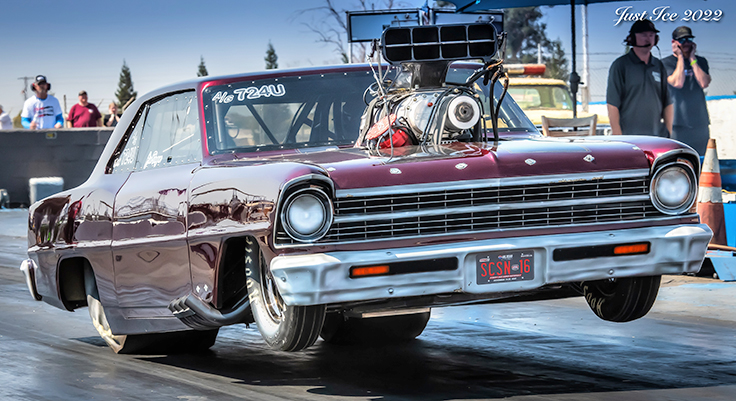 Ken Saisi, a West Coast Pro Gas Association standout racer, sliced and diced a very competitive B/Gas field including the association’s 2022 champion Byron Franks, in round two. Saisi cut an .006 reaction time and that was pretty much lights out for Franks. Saisi would go on to win by dispatching Karl Whisenhunt and Rich Zondervan, respectively. Jim Teague won A/Gas in a very tight final round against Brian Rogers. Rogers took a slight lead at the start, but Teague’s 7.716 was enough to tame Rogers’ 7.735.

The 25-car C/Gas field provided some of the most competitive side-by-side racing of the entire event as the top qualifiers fell left and right with only No. 4 Billy Anderson reaching the semifinals. The final round pitted Stockton’s Michael Corradi (No. 14) against Reno’s Lee Roberts (No. 15). Corradi took a .015 advantage off the line, but Roberts’ 9.617 elapsed time pushed Corradi under the index with a 9.582.

The D/Gas final matched No. 5 qualifier Randi Snyder against No. 6 James Burt. Burt was gapped off the starting line and Snyder’s 10.653 held up when Burt went too quick with a 10.589. That got us to Mr. Roger Phillips and his almost unbeatable ’69 Nova. Phillips, Sacramento Raceway’s Summit Pro ET champion, qualified No. 1 and used his superb reaction times (only Dan Rowley left on him) to drive himself to another Sacramento Raceway winner’s circle. In the final round, Phillips got an early jump (.013 to .034) on Junior Stanley and that was too much pavement for Stanley to make up.

A much anticipated 7.0 Pro final round did not occur when No. 1 qualifier Jason Vanderpool broke and allowed No. 2 Richard Phillips to single for the win. Sam Tucker, no stranger to a winner’s circle celebration, took Nostalgia Eliminator II. Tucker’s reputation as a quick leaver may have contributed to Miguel Lomas’ red light giving Tucker another Wally to add to his collection. Nostalgia Eliminator I went to Gold Hill’s Jeff Shultz. In the final round, Jeff’s opponent was Dan Martin. Martin was out first (.027 to .063) but went agonizingly too quick at 7.591 as Shultz was right there, too, with a near-perfect 7.604. Nostalgia Eliminator III went to Dan Mallory over Cameron Webb. Webb got the edge off the line but his 9.881 could not hold off Mallory’s 9.723.