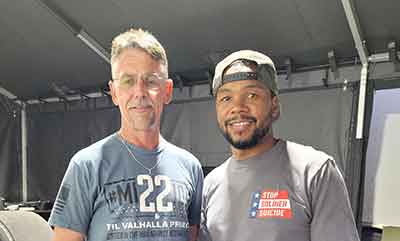 Gadson is a third-generation drag bike racer and five-time national champion in XDA, NHDRO, SEMDRA and ManCup. He is also the nephew of former NHRA Pro Ricky Gadson.

Brandt started his drag bike racing career just over a year ago riding the Military Suicide Awareness drag bike in the NHDRO and ManCup Series in honor of his son, active Army Sgt. Riley C. Brandt, who he lost to suicide in November 2020.

The new Gadson/Brandt entry highlights two nonprofits, Mission 22 and Stop Soldier Suicide, to bring both his and Gadson’s vision of competing in NHRA Pro Stock Motorcycle to life.

“If I would have known about even one of these nonprofits, maybe just maybe I could have heard something, seen something in my son or been able to suggest these organizations to him for help other than the Army,” said Brandt, who grew up in the NHRA pits with his father, Hall of Fame mechanic Bob Brandt Sr., who was crew chief for Don “the Snake” Prudhomme through the 1970s and '80s. “I want to bring awareness and hope to help someone somewhere someway. After an overwhelming response to the bike in Rockingham [N.C.] in the ManCup Series and Indianapolis in the NHDRO, it was my goal to take this mission to the NHRA and build a Pro Stock Motorcycle team. With the help of Richard, we’ve been able to make that happen.”

The team is privately funded with no donations of any kind from Mission22 or Stop Soldier Suicide going towards team operations. Currently, Gadson will not only ride the GBR Military Suicide Awareness bike, but he’ll also share tuning duties with Michael Goñi, owner of Standard Cycle Company.

The bike that Gadson will ride in Texas is owned by James Johnson, a 22-year Army veteran who rekindled his passion for drag bike racing after retiring to help cope with his diagnosed PTSD. Johnson was first mentored by NHRA former Pro Stock Motorcycle racer Tom Duke and only stopped drag racing to pursue his career in the military. 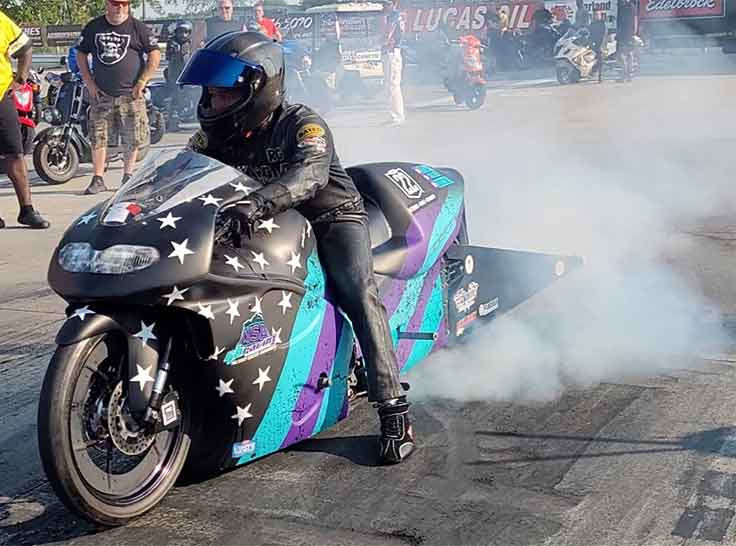 "I’m so grateful for the opportunity that James Johnson and his JJR Suzuki is allowing us to debut at the Texas Motorplex,” said Gadson. “It's been a lifelong dream of mine to compete in the NHRA. Huge thanks to everyone who helped us get this far. I never knew how hard it was to field a Pro Stock Motorcycle; much respect to the entire class. To team up with Robert to honor his son and other fallen soldiers on the bike with Stop Soldier Suicide and Mission22 is very special.”

“Nobody is more deserving and ready to make this move than Richard Gadson, and I am truly blessed for his belief in my mission to honor my son and soldiers who took their lives,” Brandt added. “GBR is racing for a mission, Military Suicide awareness and championships, having Richard as our rider and tuner will help us with both.”

Gadson/Brandt Racing is actively pursuing sponsorship and partnerships to run the remaining races of the 2022 NHRA Camping World Pro Stock Motorcycle tour as well as the 2023 season. Brandt has taken his mission a step further by starting a nonprofit, The Sgt. Riley C. Brandt Foundation, in honor of his son which will aim to honor two families of deceased soldiers on the GBR Military Suicide Awareness bike and as guests at each NHRA event.