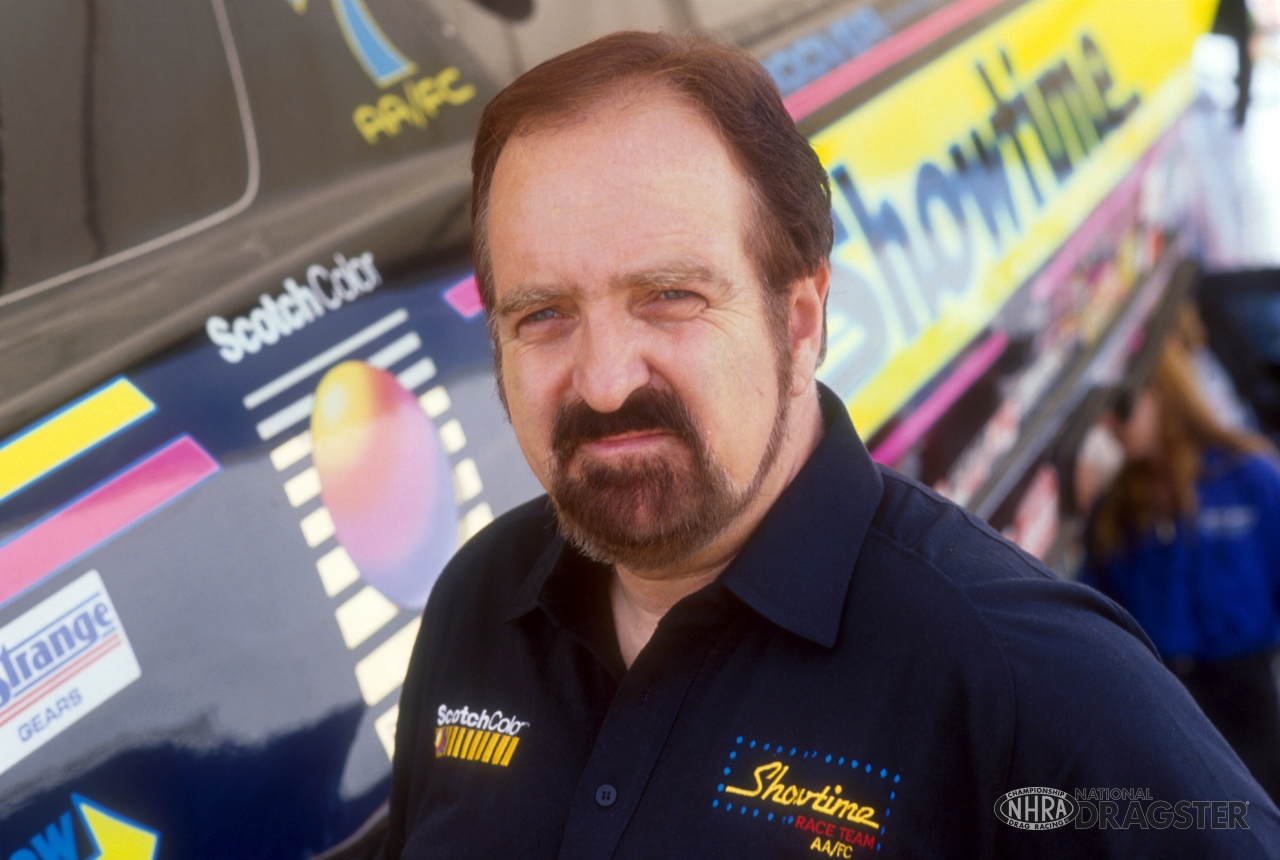 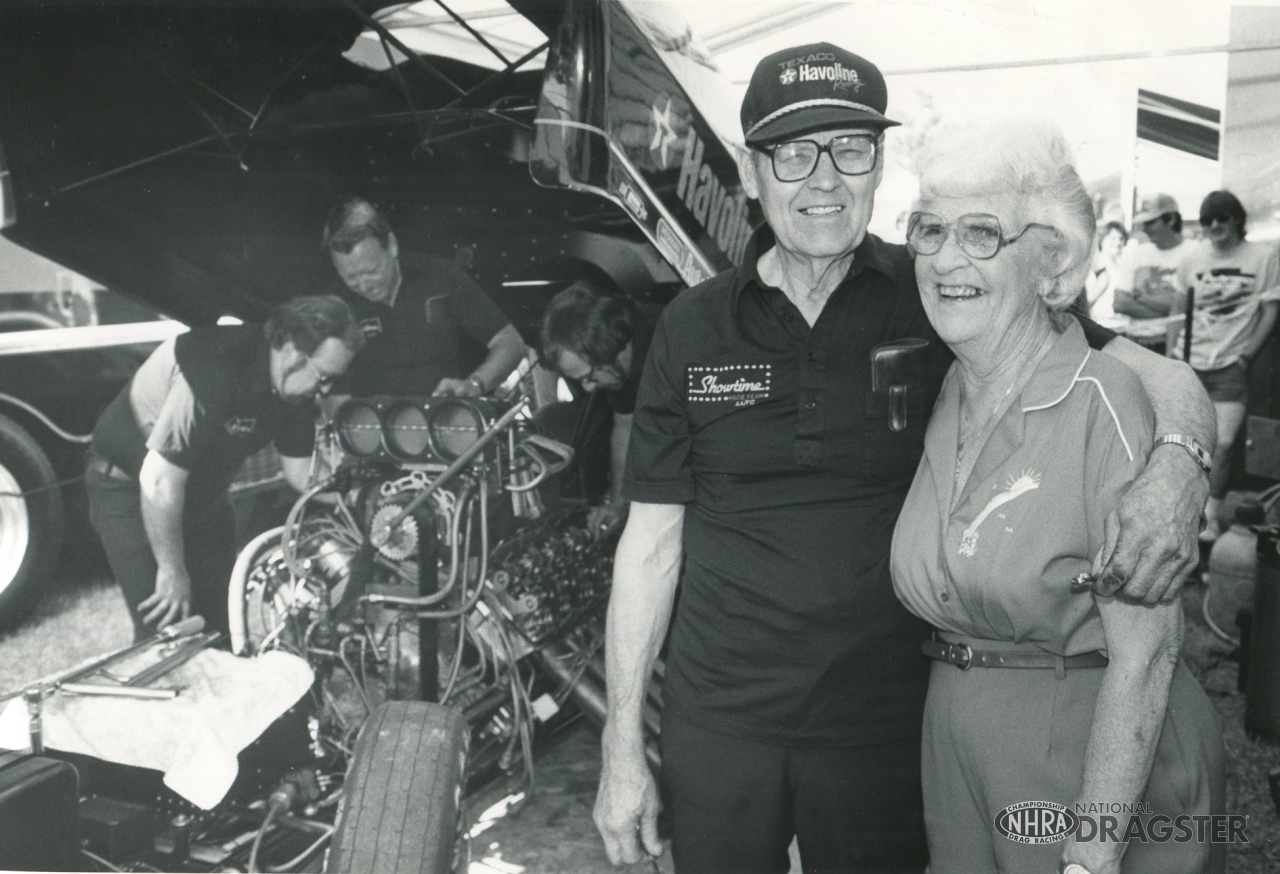 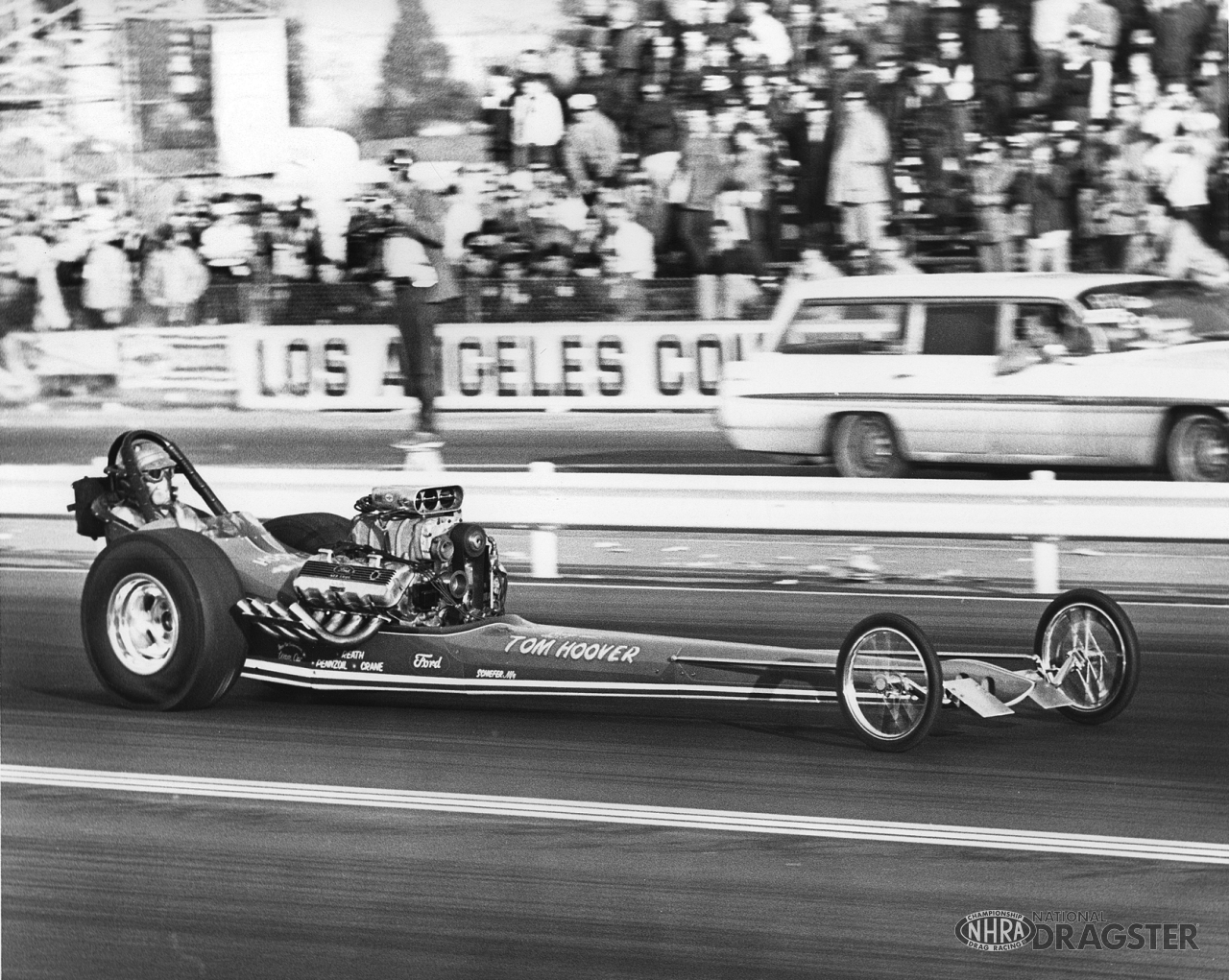 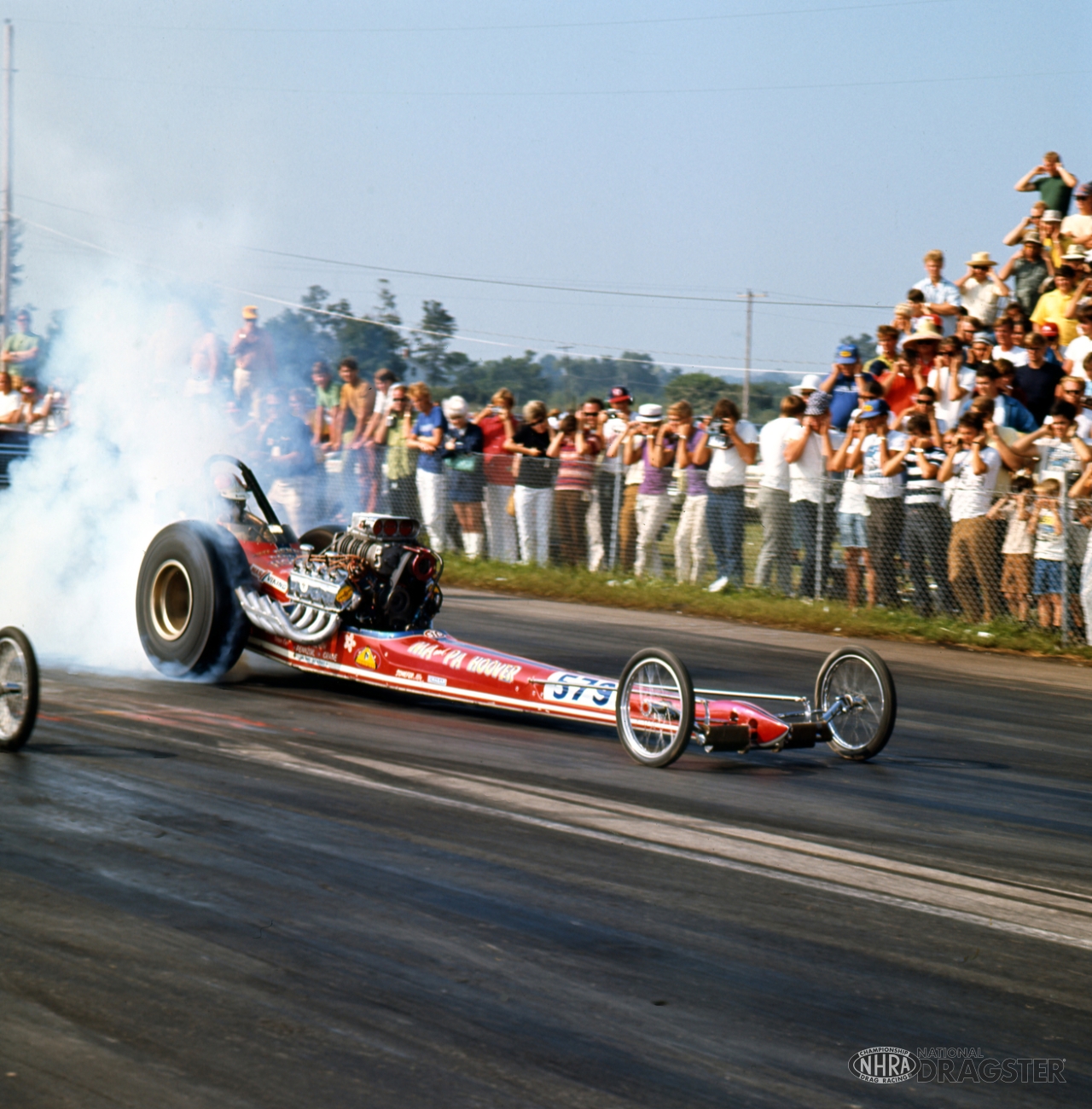 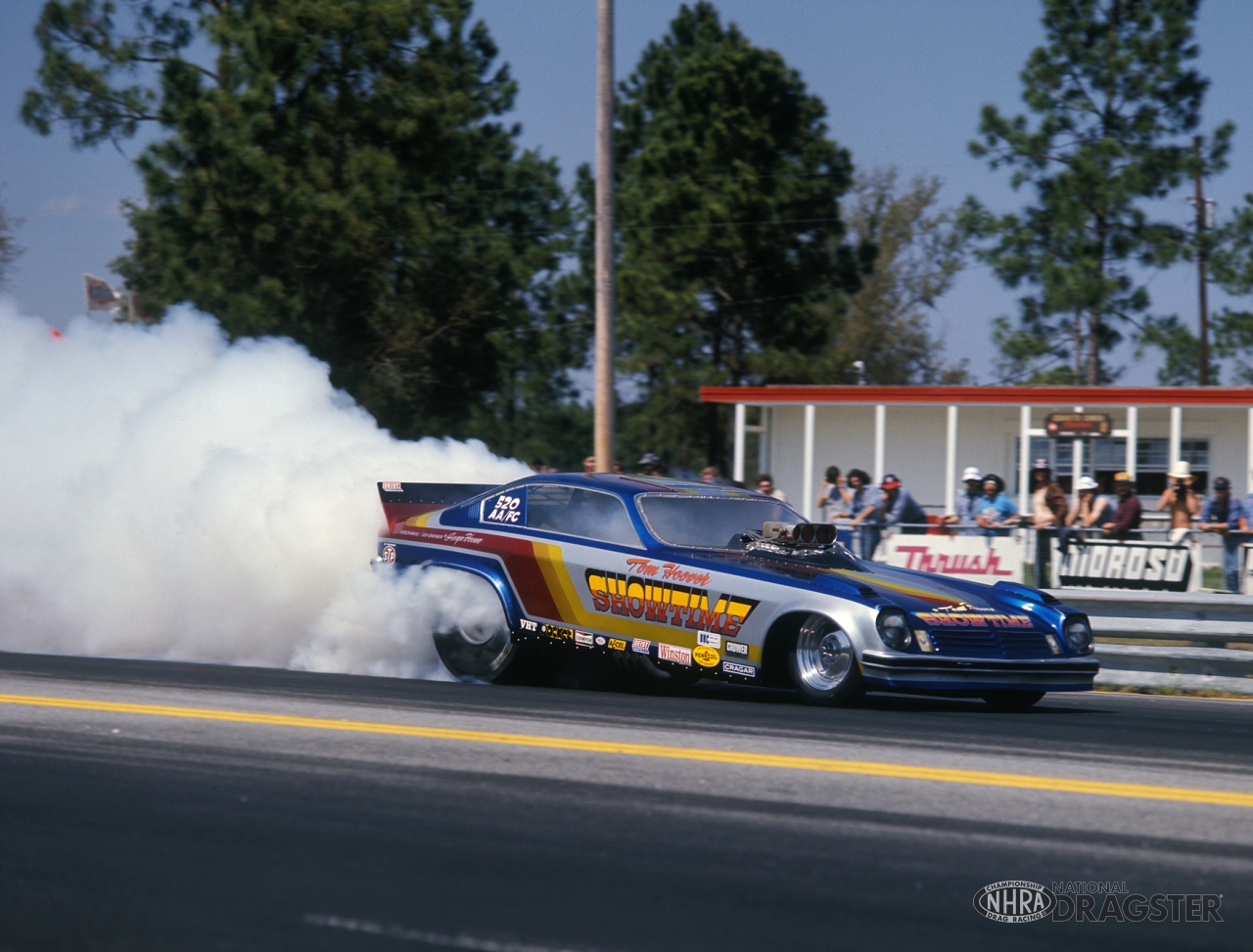 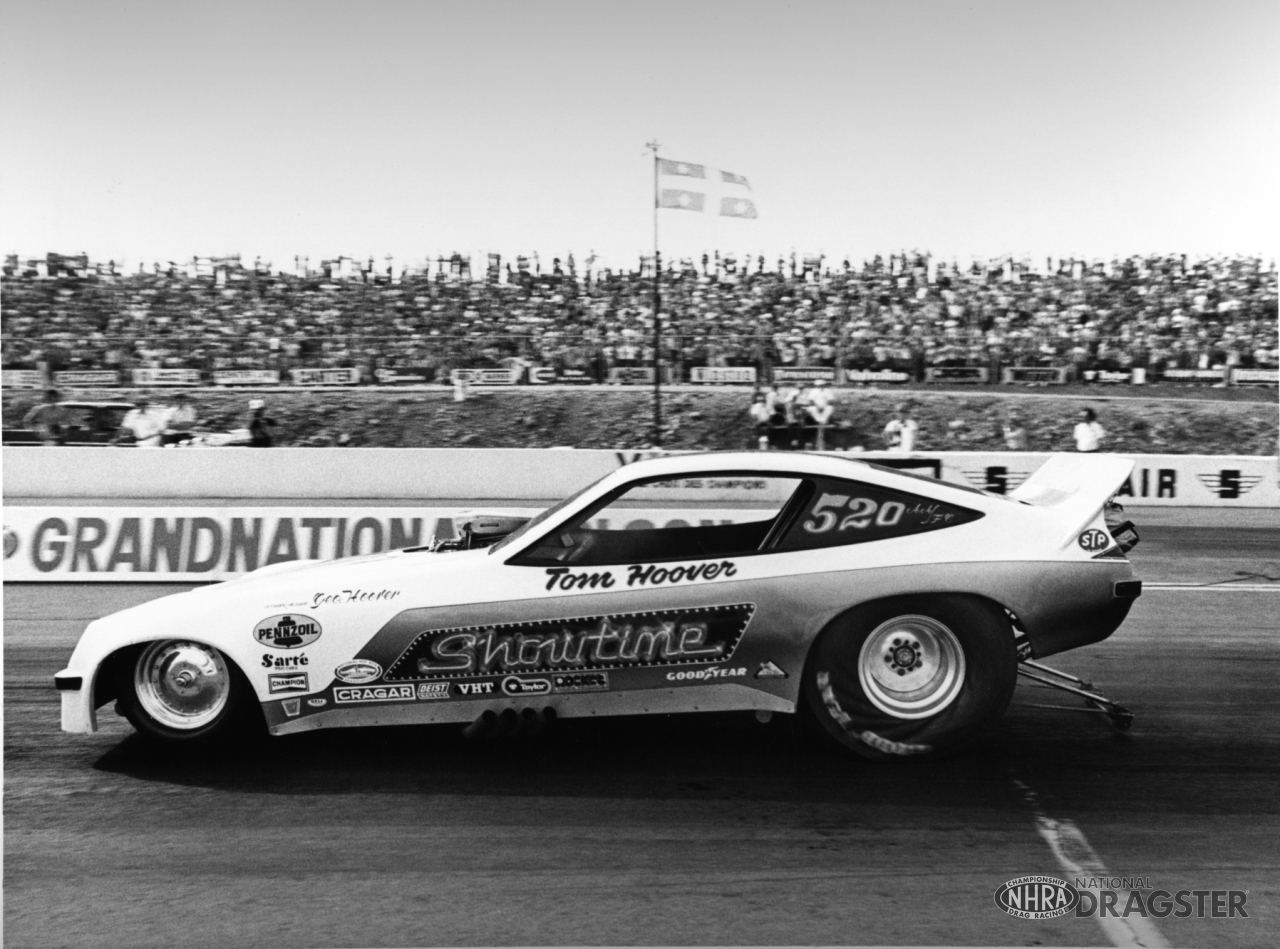 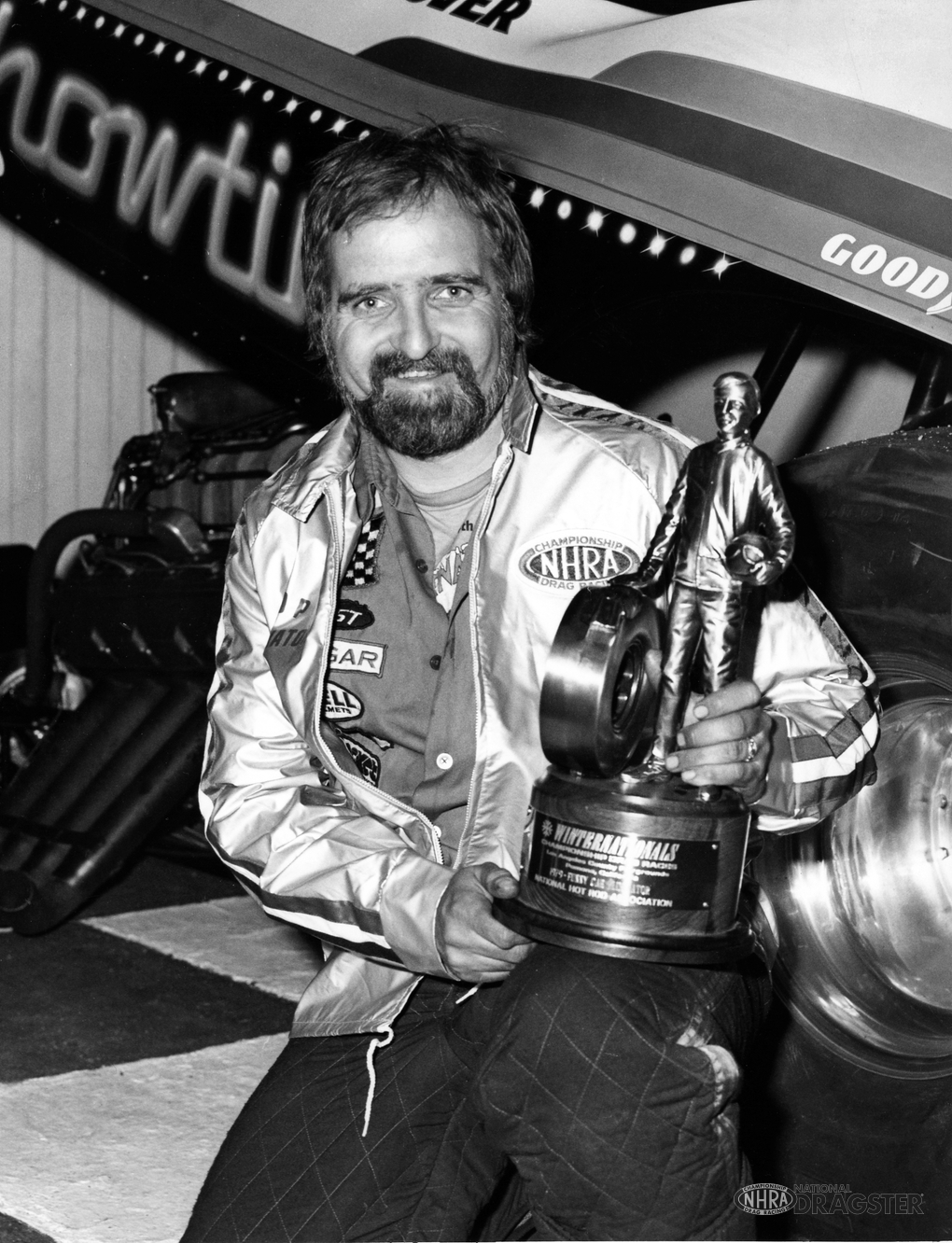 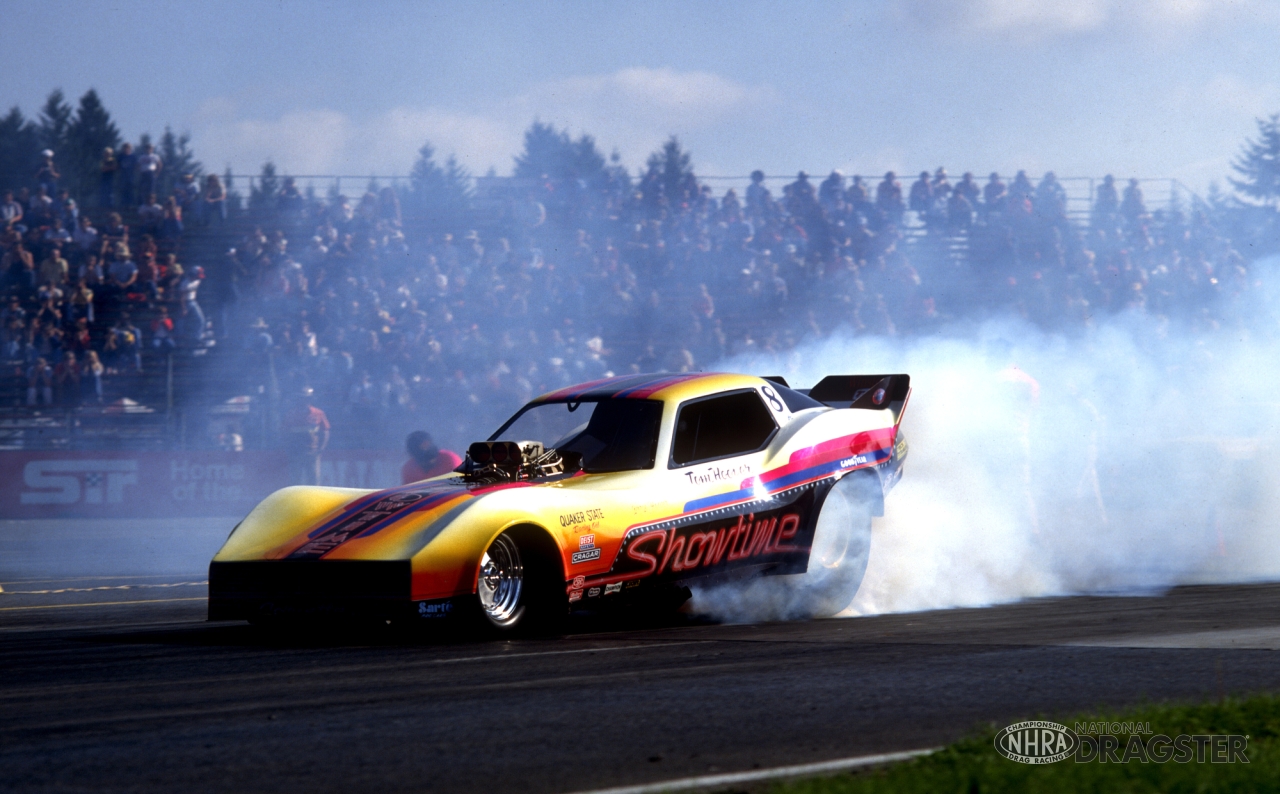 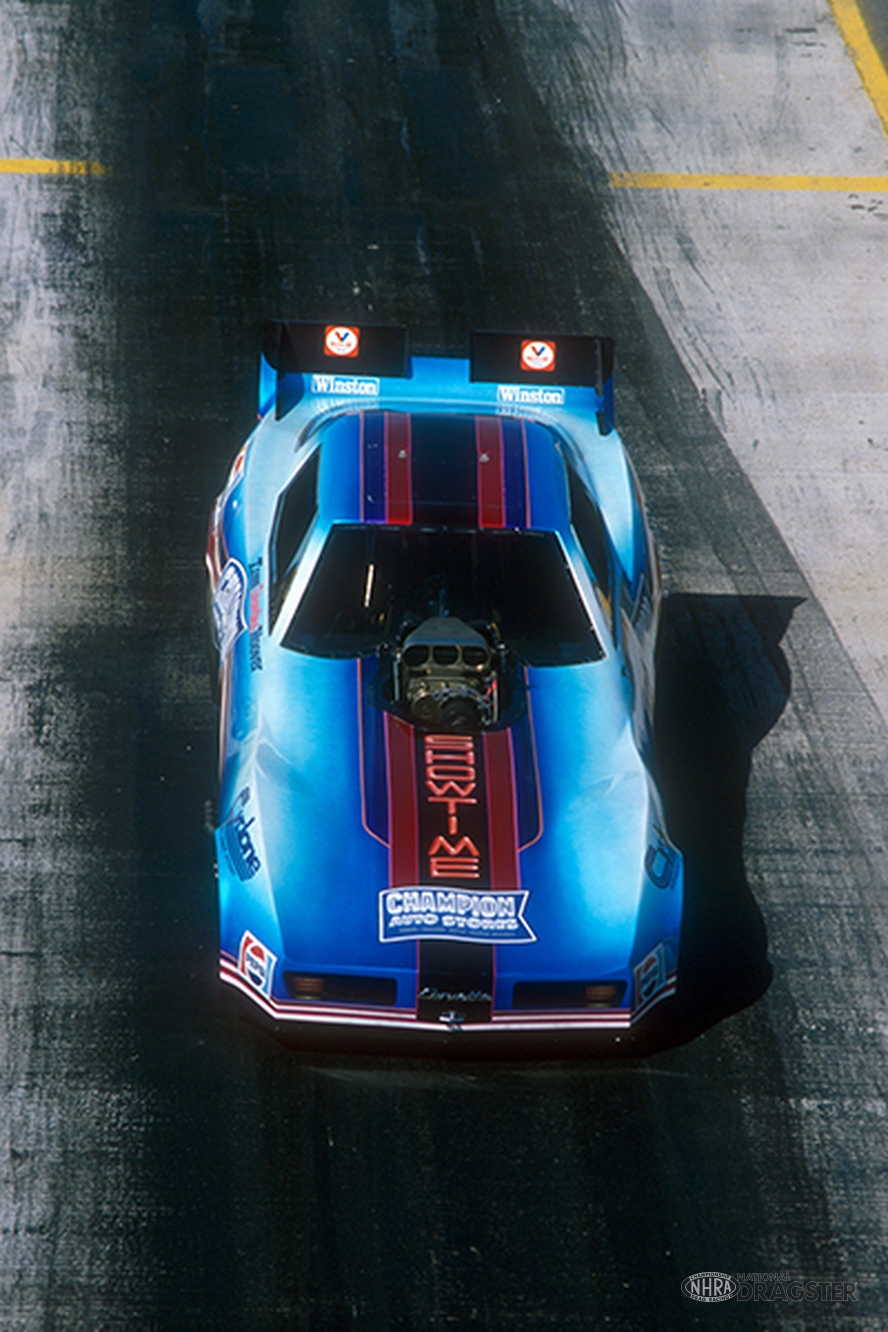 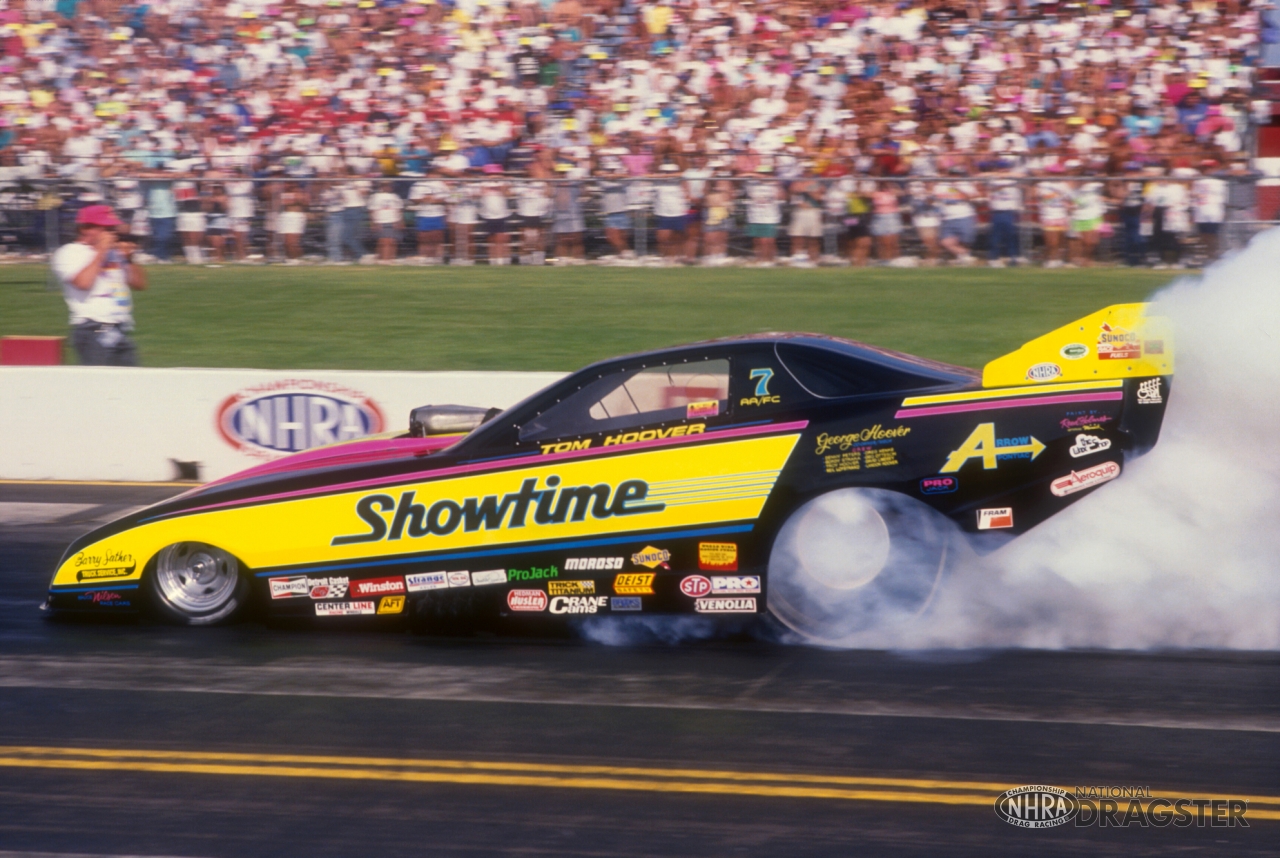 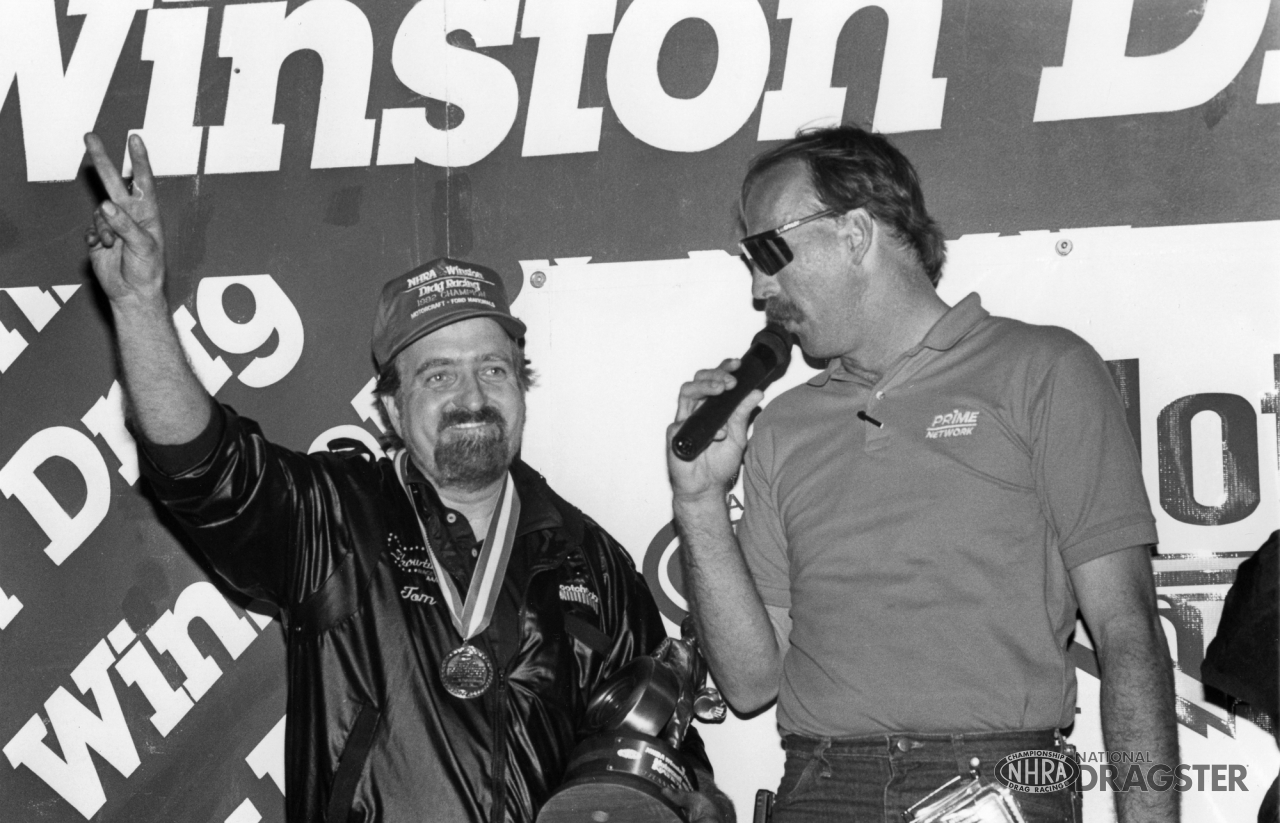 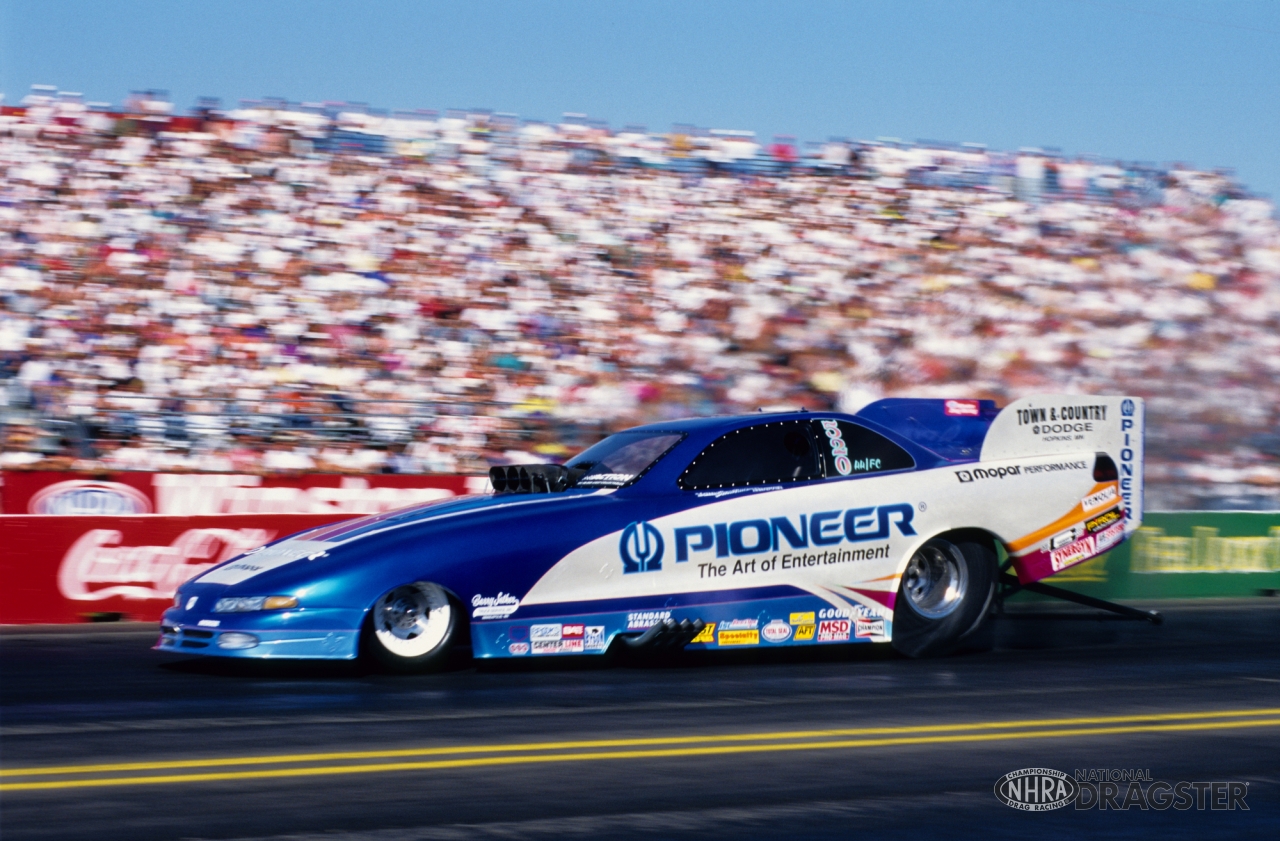 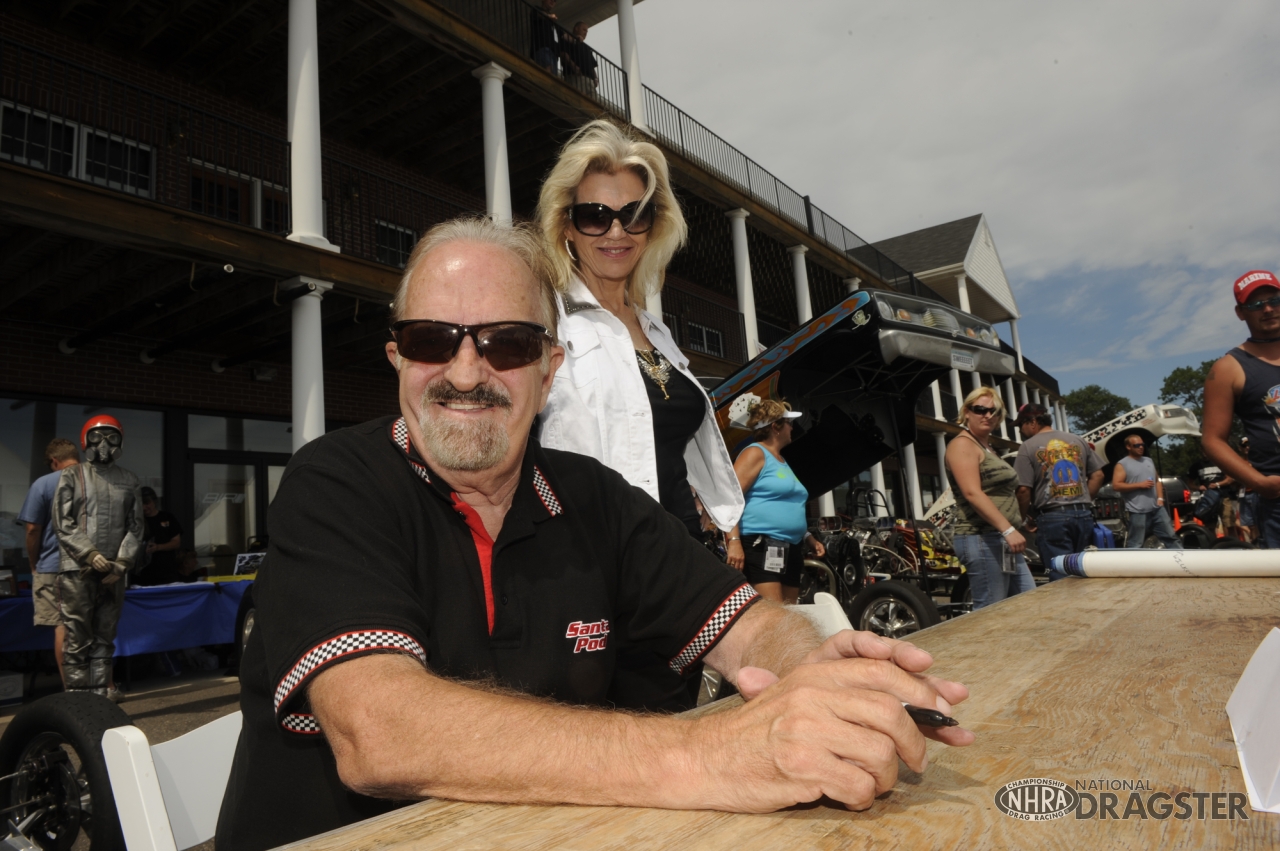 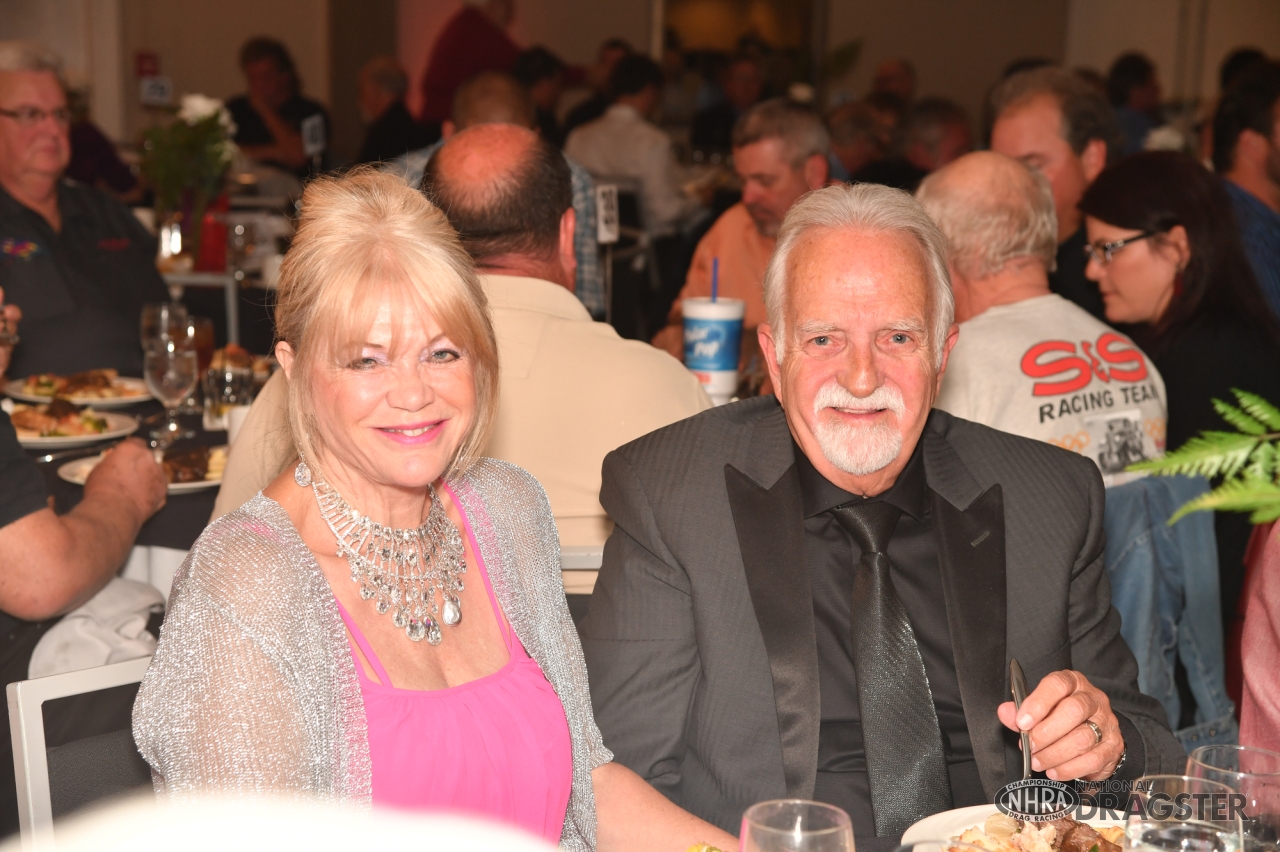 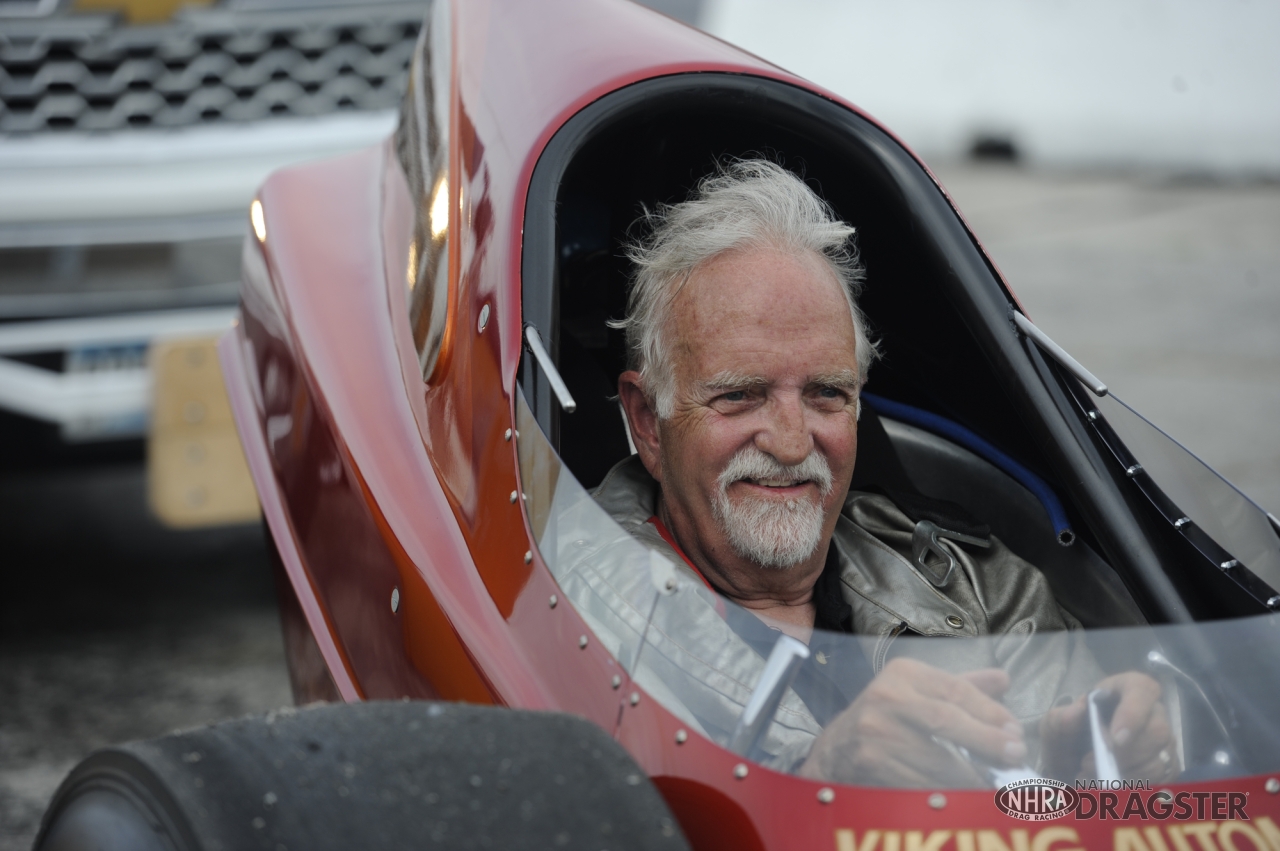 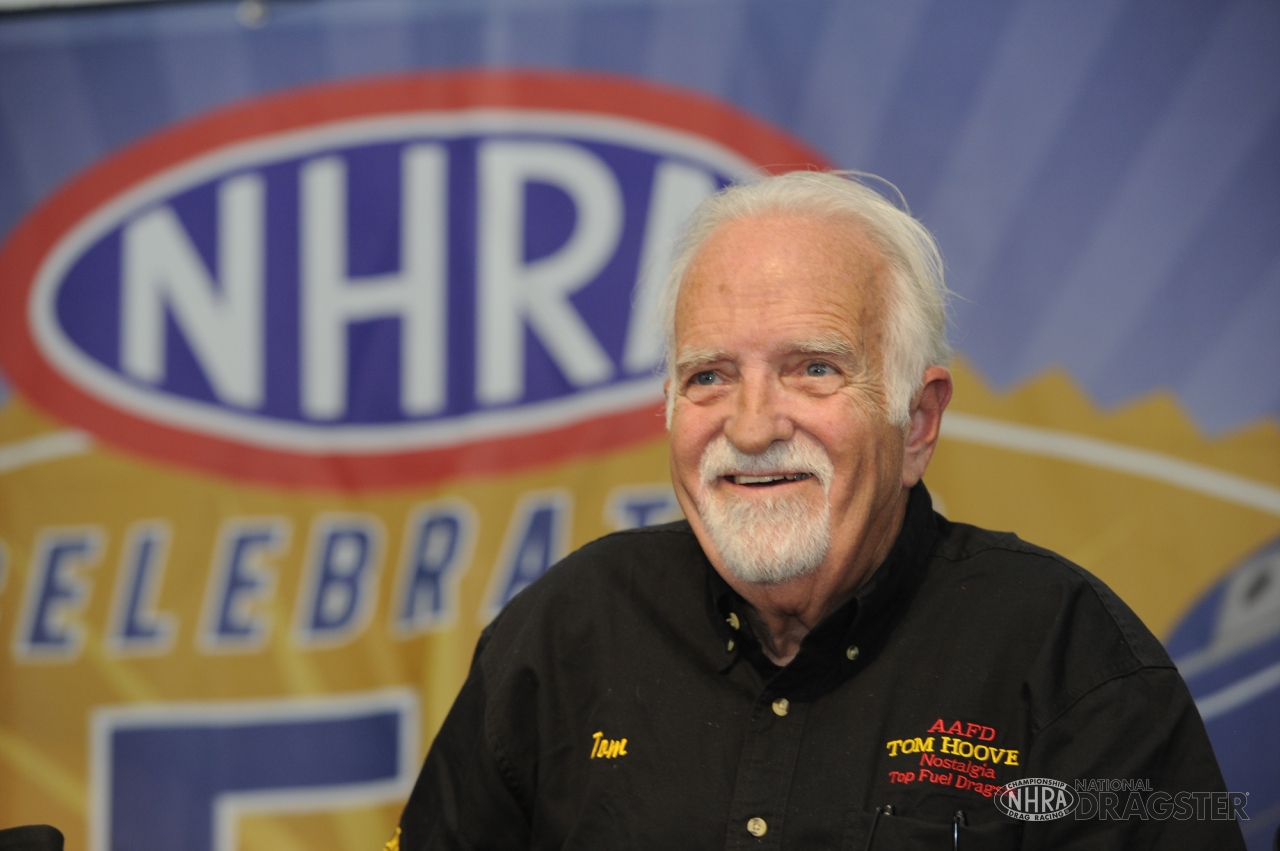 Tom Hoover, whose beautiful Showtime Funny Cars were marquee performers on the NHRA Drag Racing circuit for decades, passed away Oct. 21. He was 81.

Hoover burst onto the scene in the 1960s in Top Fuel with a family-run team that included his father, George, and mother Ruth, who became known to legions of fans simply as “Ma and Pa Hoover.” George tuned on his son’s Funny Cars well into his '90s before passing away.

“All of us were learning by trial and error back then,” said Hoover, “so, that AHRA victory was very important because it showed we were heading in the right direction.”

The Hoovers soon gained enough respect that they were among the few handpicked by Ford factory officials to run one of the new SOHC Ford Hemi engines, joining the ranks of Pete Robinson, Connie Kalitta, and the Lou Baney/Don Prudhomme team.

He switched from Top Fuel to Funny Car in 1970, and his immaculately painted cars and strong performance made him a popular draw at match races across the country.

Hoover won five NHRA national events in Funny Car – his first came at Le Grandnational in 1977 and his last 20 years later at the NHRA Springnationals in Columbus. He was a member of both the five-second and four-second Funny Car performance clubs, joining the exclusive fraternities, respectively, in 1981 and 1998.

While Don Prudhomme was dominating the NHRA Funny Car series in the mid-1970s, Hoover was doing the same on the AHRA circuit, winning three titles, 1976-77-78.

Hoover's fans came from around the globe as he became an international draw with frequent appearances in England, where he partnered on a car with Bill “Cannonball” Sherratt, and went on to become an international ambassador of drag racing, bringing his passion for speed and pushing the limits of performance to Canada, Mexico, and even earning the title of “World Champion of Australia” in a dragster in 1995.

Hoover is survived by his wife of nearly 50 years, Betten Hoover, and his children, Trent Hoover (deceased in 2018), Troy Hoover, Leighe “Paige” Steers, and Landon Hoover, as well as 10 grandchildren and three great-grandchildren.

“Anyone who ever met Tom would certainly remember that very moment,” said his wife, Betten Hoover. “His presence and personality were both larger than life, and he could put a smile on anyone’s face with his wit and humor. He was fearless in his racing pursuits and lived for the sport, but it was his family legacy that meant the most to Tom.”