Known as the House of Speed, Heartland Motorsports Park is again set to host the exciting, must-see action of 11,000-horsepower, 330-mph racing from the NHRA Camping World Drag Racing Series at the Menards NHRA Nationals presented by PetArmor on Aug. 12-14.

It is the 14th of 22 races during the 2022 season, and the event will mark the first time since 1997 that all four NHRA Professional categories (Top Fuel, Funny Car, Pro Stock, and Pro Stock Motorcycle) will be in action in Topeka. That guarantees a thrilling and memorable weekend at a facility known for record-breaking performances and monumental speeds, as fans get to enjoy a primetime nitro qualifying session on Friday, two qualifying sessions on Saturday, and final eliminations on Sunday.

With the Countdown to the Championship playoffs approaching, the race also comes at a pivotal point as race teams look to pick up a key win in Topeka’s House of Speed. Brittany Force (Top Fuel), John Force (Funny Car), and Dallas Glenn (Pro Stock) won the 2021 event, and this year’s race will be broadcast on FOX Sports 1 (FS1), including live eliminations coverage starting at 2 p.m. ET on Sunday, Aug. 14. 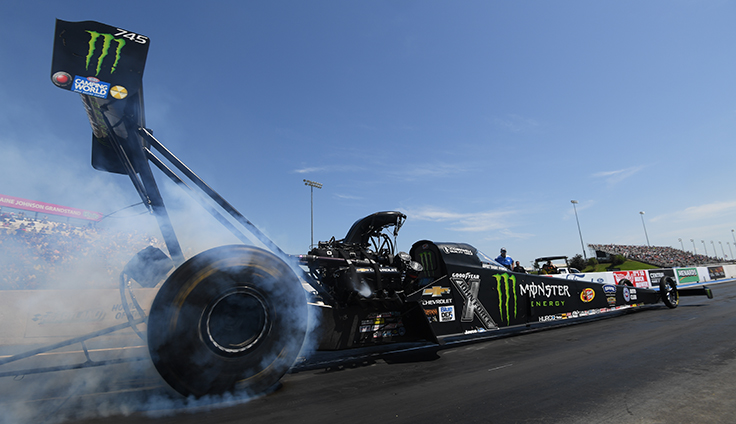 Brittany Force enjoyed a historic moment with her father, John, last year in Topeka, as they shared the winner’s circle for the first time and became the first father-daughter to win at the same race in NHRA Camping World Drag Racing Series history. That was her only win last season, but she has been impressive in Top Fuel in 2022, racking up four victories and the points lead.

John Force earned an incredible 10th Funny Car victory at Heartland Motorsports Park a year ago, continuing his amazing success at the facility. Last year was his first Topeka win in 13 years, and he’ll try to make it two in a row against a star-studded group of competitors. That list features points leader Robert Hight, who has four wins this year, Matt Hagan, defending world champ Ron Capps and Cruz Pedregon, who each have four wins in Topeka, Sonoma winner Bob Tasca III, J.R. Todd, Alexis DeJoria, Tim Wilkerson, and Chad Green. 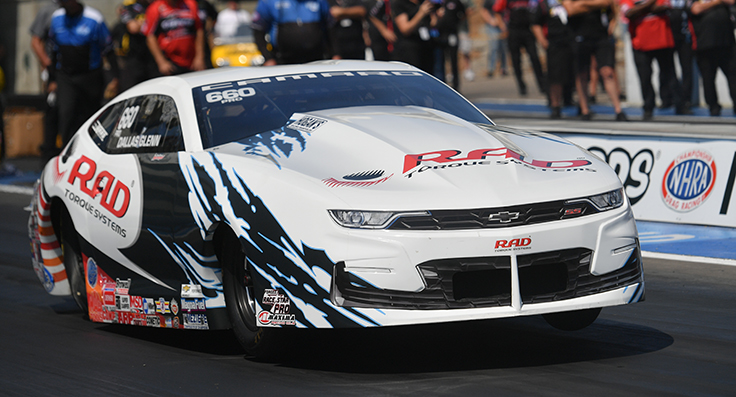 Dallas Glenn’s memorable rookie season in Pro Stock included a huge moment in Topeka when he had a perfect .000 reaction time in the final round to pick up the victory en route to NHRA Rookie of the Year honors. He has a win in 2022, but everyone is chasing points leader and four-time champ Erica Enders, who has an impressive six victories already this season. She’ll look to keep rolling against stiff competitors like reigning world champ Greg Anderson, Kyle Koretsky, Seattle winner Troy Coughlin Jr., Aaron Stanfield, who has a pair of wins this year, Matt Hartford, and rookie Camrie Caruso.

It is Pro Stock Motorcycle’s first trip to Heartland Motorsports Park in 25 years, and only points leader Angelle Sampey has a victory among active riders, picking up the win in 1997. But the exciting two-wheeled category is back and ready to put on a show, with plenty of championship contenders looking to position themselves for the Countdown to the Championship. Joey Gladstone, who picked up his first career win in the class in Sonoma, is only two points behind Sampey in the standings, and other standouts include reigning world champ Matt Smith, Steve Johnson, Angie Smith, Jerry Savoie, Karen Stoffer, Eddie Krawiec, and Jimmy Underdahl.

The event also will feature thrilling competition in the NHRA Lucas Oil Drag Racing Series, which includes some of the sport’s top drivers, as well as Street Legal exhibition runs. After nitro qualifying on Friday and Saturday, fans can see an exciting performance from the “Miss Elle” jet funny car driven by Mickey McCormick, as well as a wheelstander exhibition from the “Walking Tall” PT Cruiser driven by “NitroMike.” On Saturday, fans can also attend Nitro School to learn more about how the cars operate and reach their thrilling speeds.

Race fans at Heartland Motorsports Park can enjoy the special pre-race ceremony that introduces and celebrates each of the drivers racing for the prestigious Wally on Sunday and includes the fan-favorite SealMaster NHRA Track Walk. The final can’t-miss experience of any NHRA event is the winner’s circle celebration on Sunday after racing concludes, where fans are invited to congratulate the Menards NHRA Nationals presented by PetArmor event winners.

As always, fans also get an exclusive pit pass to the most powerful and sensory-filled motorsports attraction on the planet in Topeka. This unique opportunity gives fans a unique chance to see teams in action and service their hot rods between rounds, get autographs from their favorite NHRA drivers, and more. Fans can also visit NHRA’s popular Nitro Alley and Manufacturers Midway, where sponsors and race vendors create an exciting atmosphere that includes interactive displays, simulated competitions, merchandise, food, and fun for the entire family.

To purchase tickets to the Menards NHRA Nationals presented by PetArmor, fans can click here or call 800-884-6472.