NHRA's new Street Legal EV class will make its championship debut at the NHRA Summit Racing Series National Championships at The Strip at Las Vegas Motor Speedway. The entry list includes eight drivers in the Street Legal EV across each of the seven NHRA divisions, marking a highly successful first year for the new class.

Adding the EV class provided an ideal platform for racers and NHRA partners to develop new technology and race in a safe and competitive environment. It culminates in the first Street Legal EV national champion in the NHRA Summit Series, where the lineup of championship hopefuls includes seven Tesla EV vehicles and one Polestar 2.

“We’ve enjoyed a really great year in the NHRA Summit Series, and it’s been exciting to see the growth and participation in the new Street Legal EV class from the member track level as we head to Las Vegas for the NHRA Summit Racing Series National Championship to crown our inaugural EV champion,” said NHRA Sportsman Racing Manager Sara Walker.

“We’ve seen drivers who have never competed at this level in the sport participate this year in the EV class, and we’ve been fortunate to add this new category to drag racing," Walker said. "There’s been some really strong EV programs throughout the country at our member tracks, and I’m confident the class is only going to continue to grow as well with the impressive performance and consistency of the EV cars."

“When NHRA announced the EV class, I instantly started running it. I’m very passionate about anything automotive, and that’s why we decided to get an EV,” said Bryan Tilson, who won the class in Division 4. “This class will only continue to grow in the future, and it’s exciting to have a chance to be the first EV national champion.”

The inclusion of the EV class in the Summit Racing Series is part of a broad initiative by the NHRA in regard to electric vehicles and has included electric-vehicle exhibitions sponsored by Pep Boys Electric Vehicle Service that have included Steve Huff's 200-mph electric dragster, Ford's Cobra Jet 1400, and the Lane & McCue electric-powered COPO Camaro.

The eight Street Legal EV drivers will join finalists in the Super Pro, Pro, Sportsman, and Motorcycle categories, who each won their division in the NHRA Summit Racing Series, which enjoyed another tremendous season. With as many as 80,000 racers competing across NHRA member tracks in North America, the series continues to boast incredible participation, finishing with a must-see national championship in Las Vegas. 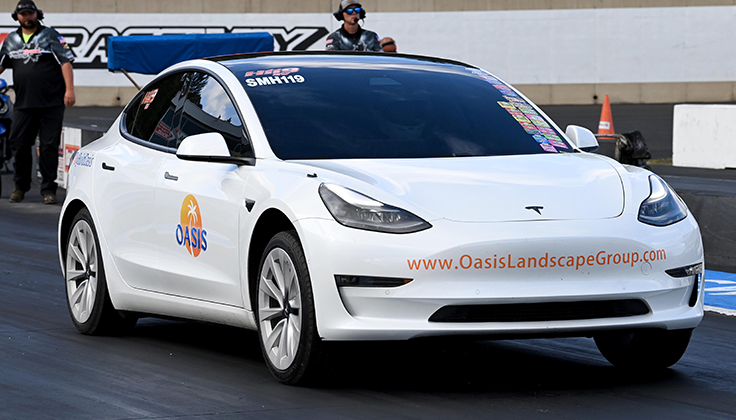 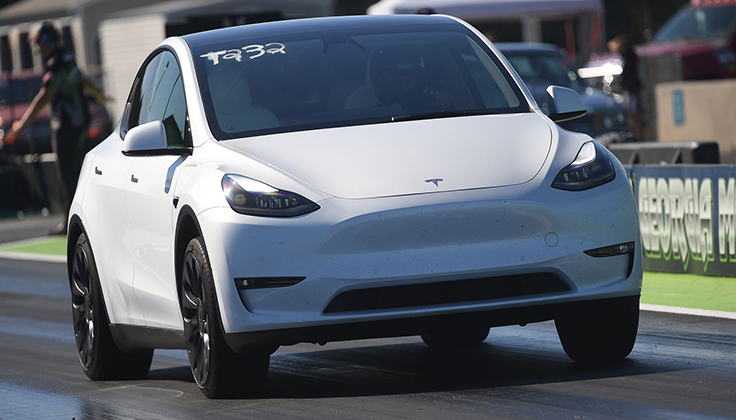 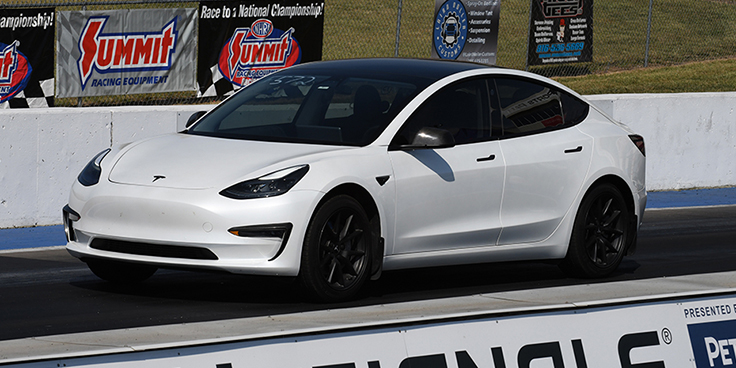