The penultimate event of the 2022 NHRA Camping World Drag Racing Series will be enhanced with Legends Nitro Funny Cars presented by Red Line Oil being part of the action at the NHRA Nevada Nationals at The Strip at Las Vegas Motor Speedway, Oct. 27-30.

The invitation-only event will feature 12 entries competing for eight qualifying spots with a winner being crowned after three elimination rounds. The category consists of Funny Cars with 1979-or-older body styles, blown nitromethane-fueled engines, two-speed transmissions, and 21-gpm fuel pumps harkening back to a wildly popular era of Funny Car racing.

Legends Nitro Funny Cars presented by Red Line Oil is thrilled to bring cars that have captured the imagination of fans and racers on the NHRA Hot Rod Heritage Racing Series to the forefront of a national event audience and FOX Sports telecast. For longtime fans, they are sure to invoke memories of the Funny Cars that barnstormed tracks across the country, such as Spring Valley’s now-defunct Stardust Int'l Raceway decades before the development of the modern The Strip at Las Vegas Motor Speedway facility.

Bill Windham, who will participate as the driver of the Shakedown Trans Am, is among the partners and organizers involved in bringing Legends Nitro Funny Cars to the NHRA Nevada Nationals.

“If you’ve never seen this class perform, they are exceptional race cars with a variety of body styles and paint schemes,” said Windham. “We are excited to showcase this class at a national event. It is going to add to the experience of everyone coming to see the cars competing in the NHRA Camping World Drag Racing Series.” 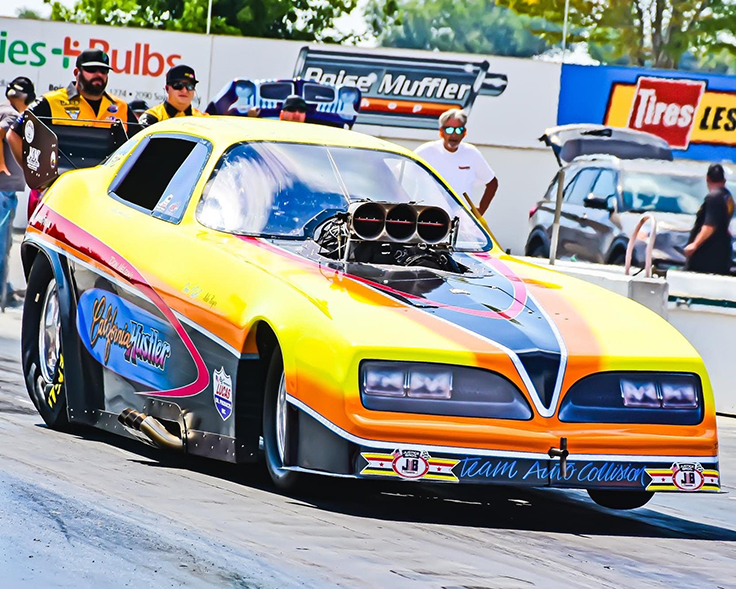 Legends Nitro Funny Car presented by Red Line Oil action will take place immediately following each round of nitro qualifying on Friday and Saturday. Two qualifying rounds will occur on Friday, the first two elimination rounds will be held Saturday, and eliminations will be concluded in the final round following the semifinals of the Professional categories on Sunday. Fans may recognize several names in the field, such as 34-time Top Fuel winner Cory McClenathan as well as reigning NHRA Hot Rod Heritage Racing Series champion Bobby Cottrell.

To purchase tickets to the NHRA Nevada Nationals at The Strip at Las Vegas Motor Speedway, call 800-644-4444 or visit www.lvms.com. Children 12 and under are admitted free in general-admission areas with a paid adult.