For the past five months since they’ve purchased Maple Grove Raceway, veteran NHRA racer Kenny Koretsky and his family have been hard at work on renovations and updates to the historic facility that will be noticeable at the upcoming Pep Boys NHRA Nationals.
12 Sep 2022
Posted by NHRA.com staff
News 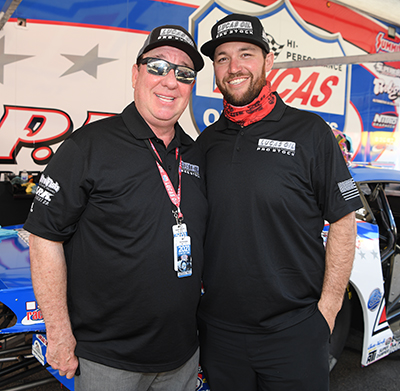 For the past five months since they’ve purchased Maple Grove Raceway, veteran NHRA racer Kenny Koretsky and his family, which includes his sons Kenny Jr. and current Pro Stock driver Kyle, have been hard at work on renovations and updates to the historic facility.

Numerous improvements have already been made and will be noticeable for fans and race teams heading into next weekend’s 37th annual Pep Boys NHRA Nationals. It’s been a tremendous amount of work, but the Koretsky family is excited to show off the revamped facility at the opening race in the NHRA Countdown to the Championship.

“It’s taken a lot of work from everyone, and there’s still a lot of work to be done, but we’re proud of what we’ve done and the response we’ve already heard from fans and racers,” Kyle Koretsky said. “We’ve even had racers who have offered to help the place succeed. There’s a lot of history here, and we want to make sure this track succeeds. Our family has put our heart and soul into this, and there’s no room for failure. That’s not in our vocabulary. We’ve built a strong team here, and we’re looking forward to having a great race and a great future here.”

Among the updates are complete renovations to both towers, including all of the VIP suites and the timing tower, as well as the completion of the first phase of a new audio system at the track. They’ve started the process of adding new LED lights throughout the entire track, as well as repaving the upper lot, the turn-off at the top end – which has also been widened to 35 feet – and the starting line. 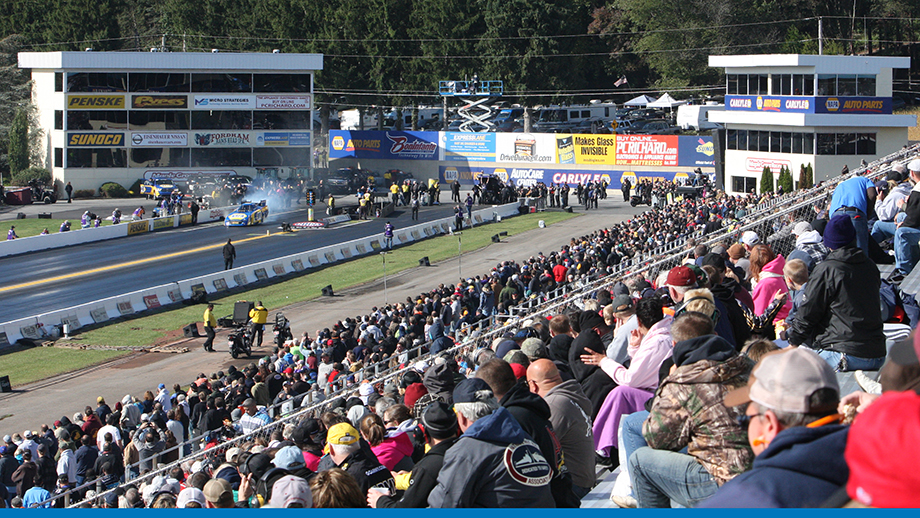 The Koretsky family and their team have also created 11 new RV spots for camping with plans to add 30 more for next season. They’ve added new air conditioning, new fencing, fresh paint, improved the overall look of the facility, and recently completed renovations to the bathrooms. The concession menu for race fans has also been completely revamped, as the Koretsky family has put a strong emphasis on improving the fan experience at the track in all areas.

“It’s taken a lot of work to get it to our standard, and it’s going to continue to take work. We’re not done yet,” Koretsky said. “The racetrack is only part of it. Fans want a clean facility, they want to eat well, and we want to make sure we give our customers and fans a great facility. That’s something we take a lot of pride in, and that’s what we want to accomplish here.”

Already a fan-favorite facility and penchant for delivering some of the quickest and fastest runs in NHRA history, Koretsky and his family are focused on making Maple Grove Raceway a destination track for years to come. This year’s race will feature all four Professional categories, as playoffs as championship drivers in Top Fuel, Funny Car, Pro Stock, and Pro Stock Motorcycle will look to start their world championship bids with a win. Located in the heart of Amish country, the track has always boasted a wonderful, scenic backdrop for the massive fanbase.

Brittany Force, who will start the playoffs as the Top Fuel points leader, made the quickest run in NHRA history at the facility in 2019 with her run of 3.623 seconds, while Billy Torrence (Top Fuel), Tommy Johnson Jr. (Funny Car), Greg Anderson (Pro Stock), and Steve Johnson (Pro Stock Motorcycle) won last year’s race. This year’s playoff opener will be broadcast on both the FOX broadcast network and FOX Sports 1 (FS1) in 2022 and will also serve as the NFL adjacent broadcast on FOX, putting the NHRA on a huge platform to open its 2022 playoffs.

“I hope everyone notices and enjoys the work we’ve put in,” Koretsky said. “If you saw this place five months ago to today, you would have said this wasn’t even possible. We want to see that excitement from everyone when they get here. We’ve had some hiccups, and it’s been stressful and a lot of hours, but seeing the excitement from all the hard work everyone has put in, that’s the icing on the cake for me. We’re hoping for a packed house, and we want to make this a premier facility.”

To purchase tickets to the Pep Boys NHRA Nationals at Maple Grove Raceway, click here or call 800-884-6472. All children 12 and under will be admitted free in the general-admission area with a paid adult.