There is no greater prize for an NHRA drag racer than a Wally, and each summer, drivers in the NHRA Summit Racing Jr. Drag Racing League have two shots at winning one of the prestigious trophies thanks to the Conference Finals events. The first of those national-level events, the Right Trailers NHRA Jr. Drag Racing Western Conference Final presented by Nic Woods Racing and JR Race Carsis just around the corner. Bandimere Speedway will host hundreds of racers from throughout the United States June 24-26. 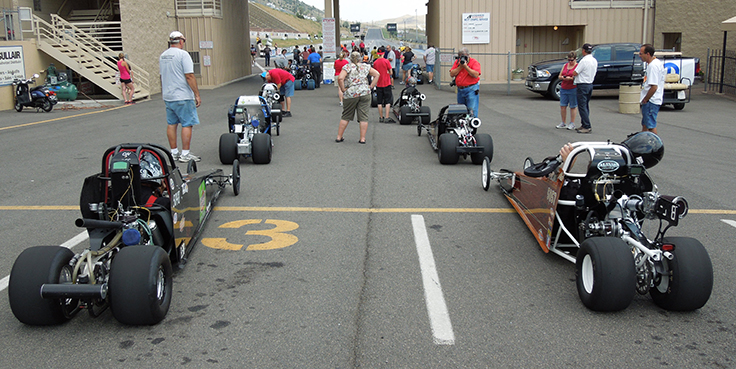 The venue may be changing for 2022, but the event format remains the same. There will be individual competition in eight age groups – 6-9, 10, 11, 12, 13, 14, 15, and 16-17 – and a team competition. Only drivers from NHRA Member Track Networks in Divisions 4, 5, 6, and 7 are eligible for the team championship. The winner in each age group earns a full-size Wally like those awarded at NHRA Camping World Drag Racing Series events, as well as the lion’s share of the event’s purse. Members of the team champion receive a small Wally for their efforts.

In addition to the traditional Western Conference Finals activities, the weekend will also give Jr. Dragster drivers the opportunity to earn a spot in the National Shootout at the Dodge Power Brokers NHRA Mile-High Nationals at Bandimere Speedway in July. During the BBQ and awards ceremony Saturday night during the Western Conference Finals, one participant and one alternate from each of the eight age groups will be drawn to participate in the eight-car shootout at the national event.

The Western Conference Finals weekend will also feature the 2022 Division 5 Jr. Championships, adding another opportunity for racers to win a championship title.