It's race day on the second stop of the iconic NHRA Wester Swing, and race fans should be ready for a blockbuster first round of nitro racing scheduled to begin at 10:30 a.m. (PDT)
24 Jul 2022
David Kennedy
News

The Sonoma, Calif., hills will roar with the sound of NHRA Camping World Drag Racing today as the 2022 Denso Sonoma Nationals eliminations begin with a wicked fast first round thanks to the cool, dense air that fills the hills here each morning. Fans will see the quickest passes made on this, the second stop of the Western Swing.

Elite Motorsports' Troy Coughlin Jr. and Erica Enders were both running strong in qualifying. Both cars use new engine packages that debuted at Norwalk, while Enders had a slightly more aggressive combination that’s new for Sonoma. This "No Name" engine (as each Elite Motorsports DRCE Pro Stock engine has a name, except this one) seems to have allowed her to put down more power and take the number one qualifying spot.

Elite Motorsports' nemesis Greg Anderson followed a similar pattern at the Denso NHRA Sonoma Nationals to what we saw here last year. In 2021 he qualified in the fourth position on Friday night and then eclipsed that performance in the first session on Saturday to move to the number one spot. This year Anderson qualified ninth and then came back to claim the number two spot on Saturday morning. Unable to improve on that e.t. in the afternoon session, Anderson did see teammates Dallas Glenn and Kyle Koretsky improve to shift the ladder and bring the KB Racing and Elite Motorsports pairs into a more stoichiometric balance.

Those fans who have chosen to camp out and stay on the Sonoma Raceway property will be rewarded with the quickest commute to get to the best seats in the house. Today’s can’t miss racing begins early with a series of scenarios that will play out and answer many questions about where the momentum of the 2022 race season is headed.

With three of the four NHRA Camping World Drag Racing Series pro categories dominated in qualifying by female racers, how many of them will be able to convert that early success into a winner’s circle celebration? Will we see track records reset in the first round of eliminations? Will Steve Johnson reinforce his points lead toward his first NHRA Pro Stock Motorcycle championship? Will Erica Enders change the course of her hero’s journey and alter her relationship with this track forever? Will Robert Hight keep his 2022 success and Sonoma dominance intact? And is this the race where Doug Kalitta’s Top Fuel team fully realizes its potential? It’s a great day to be an NHRA Championship Drag Racing fan. 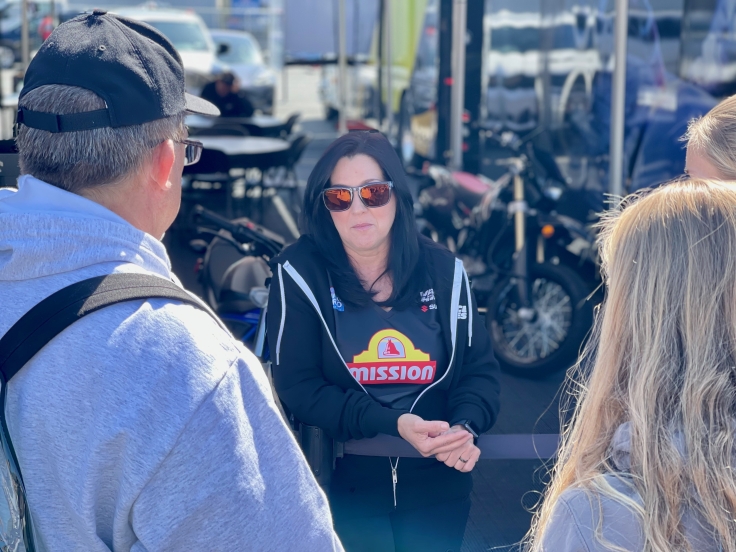 Angelle Sampey’s Vance & Hines Suzuki has the speed and the support from Andrew Hines and teammate Eddie Krawiec to convert qualifying success into a race win. Though the three-time champion still seems to struggle with deserving her success, competition brings out the best in her. 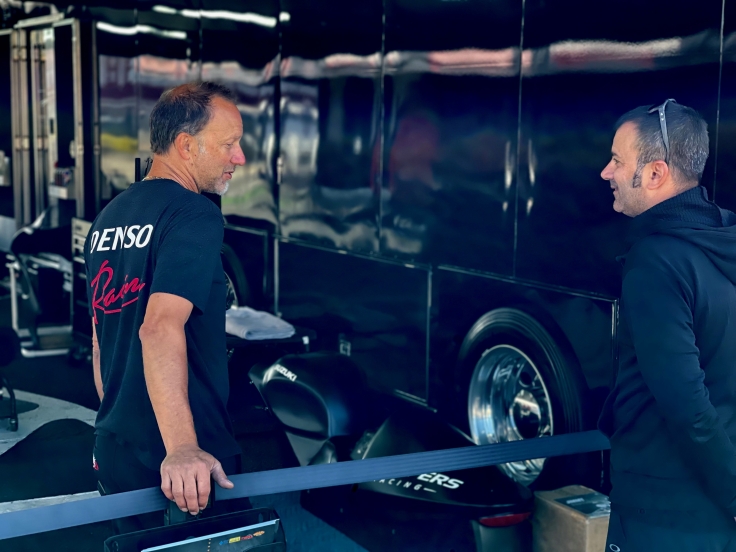 And there’s no better place for Pro Stock Motorcycle competition than  Sonoma Raceway in July. Watch for Angelle to battle Steve Johnson and Matt Smith right down to the wire this afternoon. And keep an ion Jerry Savoie and Joey Gladstone that can’t be counted out. 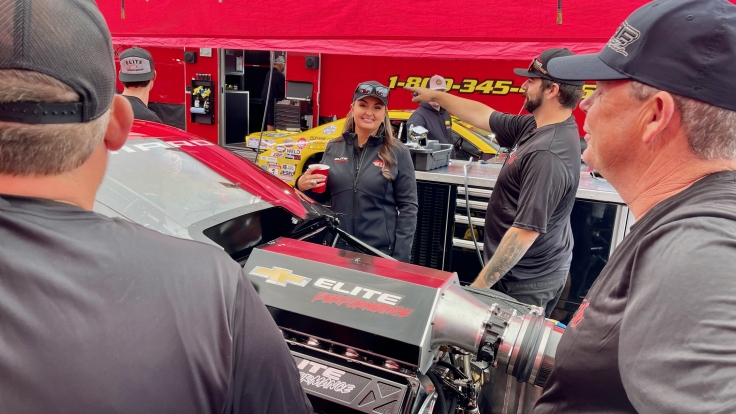 In Pro Stock car Eric Enders could make peace with her Sonoma nemesis after a number one qualifying position and the momentum of a 2022 season fueled by six wins. The  Elite Motorsports team has the horsepower, has enough cars to collect the data, and has a driver who is laser-focused on success. Will KB Racing’s Greg Anderson, Dallas Glenn, or Kyle Koretsky upset her yet again in Sonoma, or is this the year she finally rewrites her personal history and puts the Sonoma Raceway in her success column? 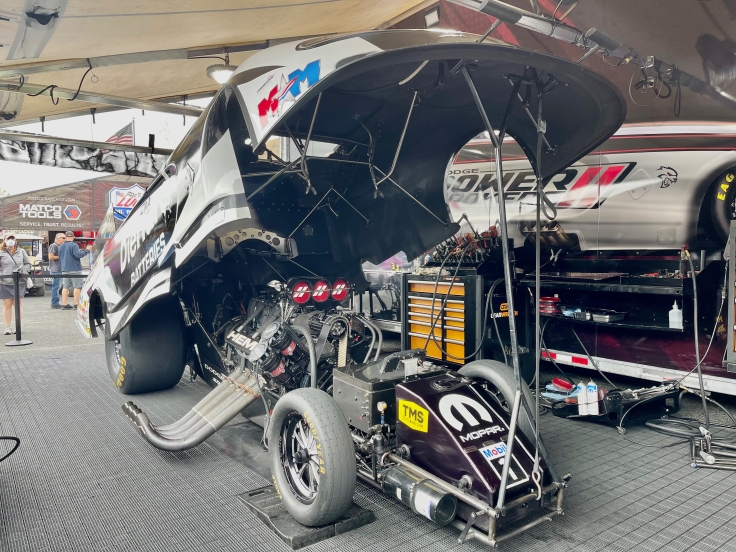 The 2022 Funny Car season has been a battle between Matt Hagan and Robert Hight and after winning the Denver race, Hight seems to have taken ownership of the Funny Car season. That’s bad news for Hagan because Sonoma is the House of Hight and his John Force Racing team is exhibiting the temperance and patience of a championship-winning machine. Can Hagan win where Hight dominated last year? Or will we see Alexis DeJoria, Ron Capps, or J.R. Todd disrupt and come out on top this afternoon? 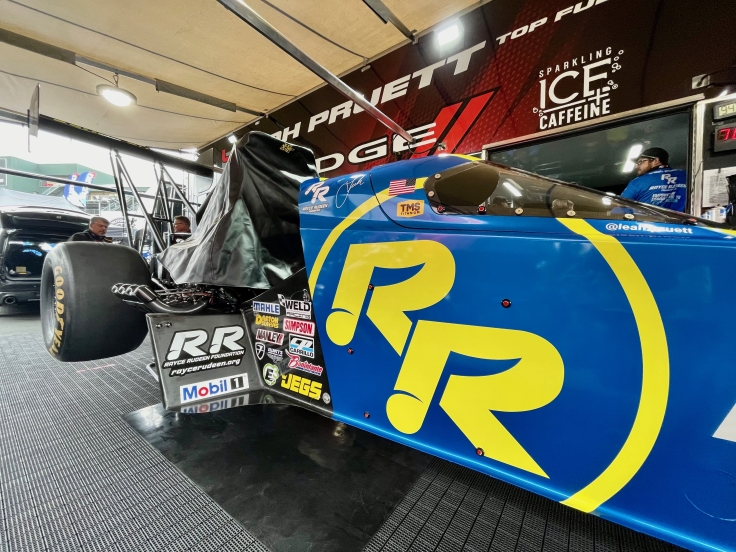 In Top Fuel, can Leah Pruett ride the momentum of winning Denver and show that her Tony Stewart Racing team is coming to their own? The exuberance of the win and the number one qualifying spot has clearly been converted into calmness and a confidence that the team will ride into round one. 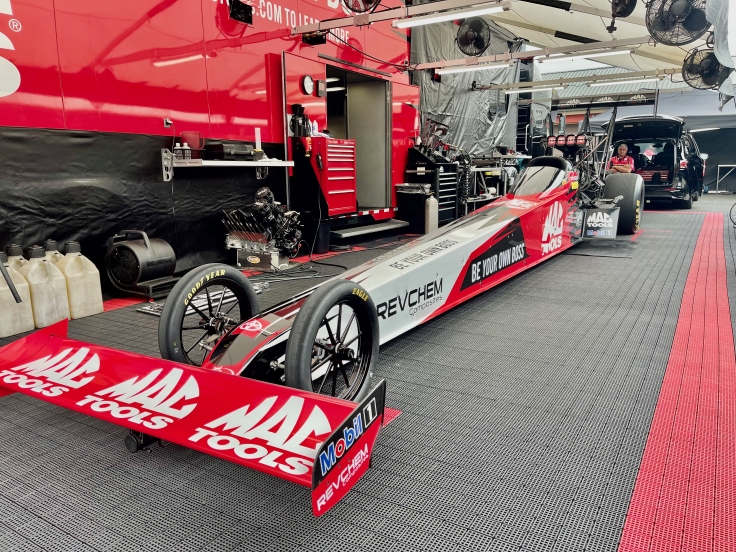 Doug Kalitta also exhibits confidence that could lead to a win this afternoon. The mega team of Kalitta and Alan Johnson have excited fans and drag racing writers alike as the combination seems unbeatable, and Sonoma looks to be the point that the duo begins firing on all cylinders together.

Former Alan Johnson customer Mike Salinas will be looking to put a stop to that newfound momentum, and look to convert his top-three qualifying success into another race win in what is his most successful season in Top Fuel. 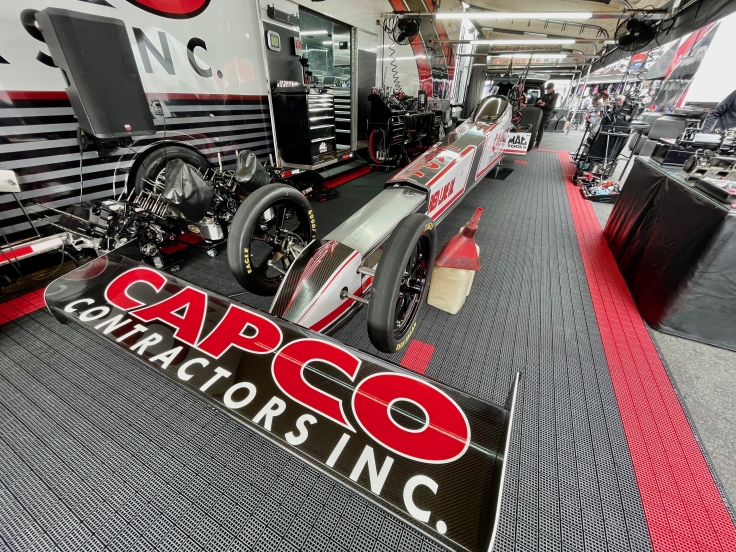 But don’t count out Steve Torrence who is running lower in the pack than expected. This is the race he won handily last year, and he could easily be in the winner’s circle this afternoon after keeping a lower profile through qualifying.

These things are for sure, today will be a beautiful day to be at Sonoma Raceway, the times will be quick this morning, and expect great performances round after round as crew chiefs benefit from the consistent weather we’ve seen all weekend to make for great performances and an epic day of NHRA Camping World Drag Racing.