For 51 weeks of the year, Sonoma, California, is wine country. When the NHRA Camping World Drag Racing Series comes to town, it’s Speed For All country.
22 Jul 2022
Posted by NHRA.com staff
News

After racing last weekend at the Dodge Power Brokers NHRA Mile-High Nationals on top of a mile-high mountain, the Camping World Drag Racing Series descended to just 15-feet above sea level for the Denso NHRA Sonoma Nationals this weekend. In the four days that elapsed between the two events, teams and drivers had to prepare for the biggest horsepower and speed change they would see all season, as the cool, dense air of Sonoma County and warm, grippy surface of Sonoma Raceway combine to make for a radically quicker Friday night qualifying session.

As the second stop of the Western Swing, the Denso NHRA Sonoma Nationals is also where Top Fuel, Funny Car, and Pro Stock  teams not only vie to win each event but also take on the famed challenge of ‘Sweeping the Swing” where racers look to find success three weekends in a row. With just four races remaining before the Countdown to the Championship begins, Top Fuel’s Leah Pruett, Funny Car’s Robert Hight, and Pro Stock’s Matt Hartford will all have that goal in the back of their minds going into nighttime qualifying runs tonight, two qualifying sessions on Saturday, and Sunday’s final. 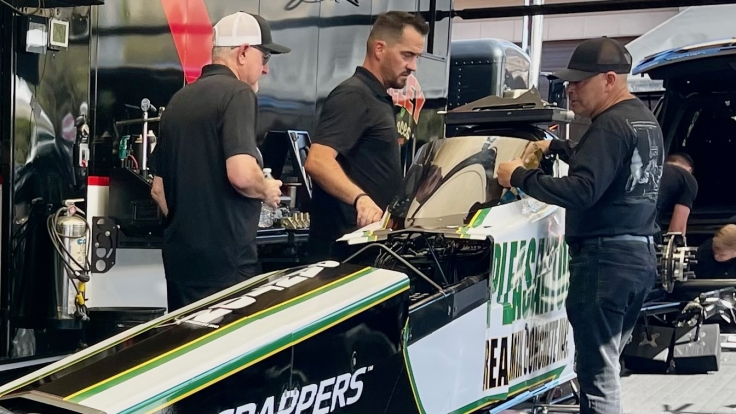 Beyond just Sweeping the Swing, Mile Salinas’ Scrappers Racing Pep Boys Top Fuel dragster leads Brittany Force by 10 points and Justin Ashley by 92 points coming into Sonoma during the most successful season of his career. In a near-home-town race, Salinas looks certain to improve on his 2021 performance where mid-track traction issues meant Doug Kalitta was able to get around him for the round win.

Pruett will be looking to keep that from happening as her Dodge Power Brokers dragster comes off a win for her Tony Stewart Racing team at their sponsor’s race. Sonoma has been good to Pruett, who made it to the final round in 2021 against Steven Torrence where she had a better reaction but a slower car.

Fellow California-born Top Fuel driver Brittany Force will also be looking to convert her historic track-record-setting and qualifying success into a race win this weekend. Doing so would stop Pruett from Sweeping the Swing and allow her to pass Salinas in the points standings. She’ll have her work cut out for her with 2021 Sonoma winner Steve Torrence, Billy Torrence, Antron Brown, and Clay Millican all well-positioned and capable of Sonoma success and looking to disrupt Salinas and Pruett’s momentum. 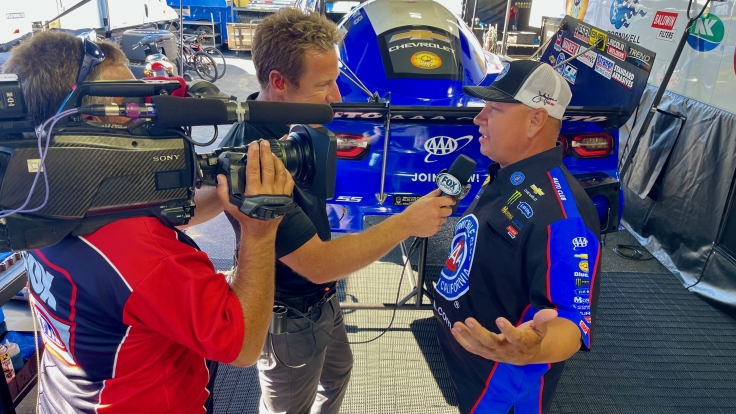 The Funny Car field enters Sonoma with two titans of speed leading the standings: Robert Hight and Matt Hagan. Hight has been lethal to the competition at this track; Sonoma has rewarded him with national records (339.87 mph in 2017) and Wallys in 2021, 2019, and 2018. Hight’s Camaro is nearly unstoppable in Sonoma and looks strong to go to Seattle in to Sweep the Swing in Funny Car.

The man most likely to stop Hight’s speed march west is Hagan. Though 95 points back in the standings, Hagan has given Hight a run for his money here. In 2019 Sonoma’s Funny Car final came down to a Hagan vs. Hight duel with Hight the victor on a holeshot. History repeated in 2021 when NHRA Camping World Drag Racing Series returned to Sonoma and saw Hagan and Hight in the final again in an even closer race. Again, the advantage went to Hight.

While the Hagan’s Hellcat Charger and Hight’s Camaro will be the ones to watch Ron Capps has also proven to be a contender in the Bay Area. He was runner-up here in 2018 and 2016 and the number-one qualifier last year. His GR Supra could be poised to put an end to the Hagan/Hight Sonoma showdown. 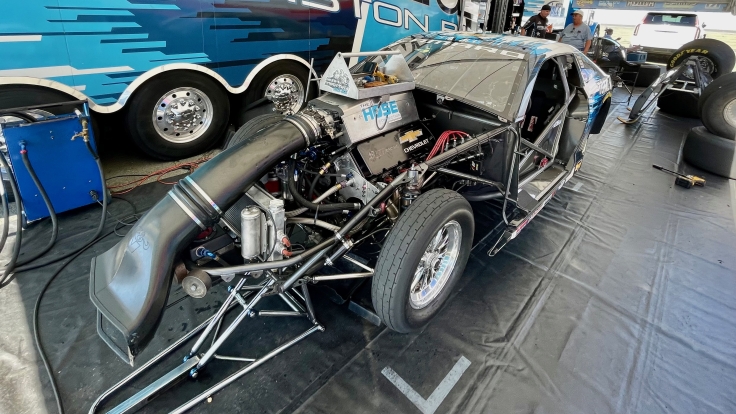 Pro Stock's return to Western-Swing sweeping potential (the class didn’t run in Denver in 2021) means their 500-cid DRCE big-blocks are going from asphyxiation to great air. Many teams will be swinging for the fences with tonight's atmospheric conditions on tap, and fans will want to watch whether the right strategy is restraint or radical.

Matt Hartford is the racer to watch as his team was tested on the track on Sunday and then logistically tested on the road to Sonoma when their tractor-trailer was unable to haul the race trailer as planned. Will the momentum of success outweigh the strain of the stress of getting to California? Not if Erica Enders has anything to say about it—and she will. Shockingly, Enders has never been to the final in Sonoma, but coming off her win in Norwalk, look for her to be as lethal as ever at the top-end of the track. If there was ever a year for her to rewrite her Pro Stock history, this is it.

Enders does come to Sonoma in the points lead with teammate Aaron Stanfield right behind her followed by a pack of KB Racing cars (Kyle Koretsky, Dallas Glenn, and Greg Anderson) all looking to qualify in the top five and stomp Hartford’s Western Swing dreams as Hartford stomped Anderson’s in Seattle back in 2019. 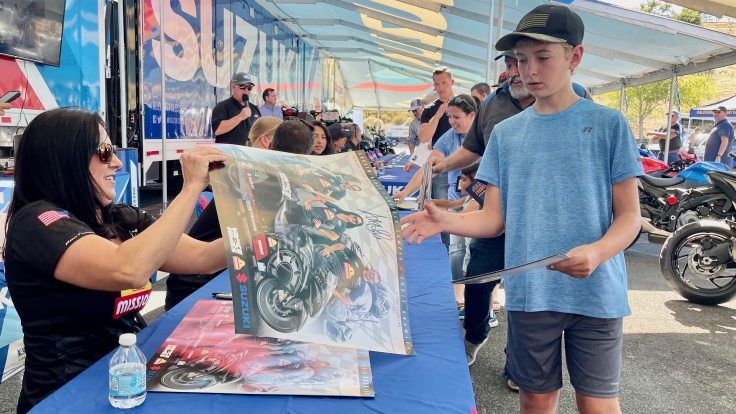 Pro Stock Motorcycle racers will not have a chance to Sweep the Swing, but the bikes will still be a class to watch. The difference in power coming from Denver to Sonoma on a motorcycle is enormous, with the rev-gain and trap speeds each rider experiences tonight in Sonoma vs. Sunday in Colorado requiring their complete attention. Be sure to watch the riders at the top end of the track and catch their breath before the interview.

Matt Smith is a solid contender, he's got the power, the finesse, and the team architecture to execute. What changes does he have to make to the bikes between Denver and Sonoma? "We change engines, gear ratios, and the clutch—and in my case we changed the whole bike," said Smith. Who can stop him? Vance & Hines —but it won't be easy. Andrew Hines and Eddie Krawiec are used to battling Smith at Sonoma, and the qualifying sessions will prove that old rivalries make for entertaining racing. Steve Johnson's newfound success and continued discipline also put him in the pipeline for a solid qualifying that might lead to victory on Sunday.