Defending national champ Caissie among those vying for Summit championships

Division 1 Pro E.T. representative Dan Caissie will return to the NHRA Summit Racing Series National Championships this weekend to defend his 2021 national title and will be joined by two other returning divisional winners at The Strip at Las Vegas Motor Speedway.
28 Oct 2022
Posted by NHRA.com staff
News

It’s a huge weekend for the NHRA Summit Racing Series, the world’s largest motorsports program when it comes to racer participation, as 40 standout competitors will race for a national championship as part of the NHRA Nevada Nationals at The Strip at Las Vegas Motor Speedway. A record number of drivers will be competing in the NHRA Summit Racing Series National Championships with more than $145,000 set to be given away this weekend.

The list of standout competitors includes some of the top drivers from around the country, with the NHRA Summit Racing Series allowing racers in many types of vehicles, including dragsters, roadsters, sedans, coupes, motorcycles, and electric cars to compete in the different categories.

Among those taking part in this year’s competition are three returning competitors from last year, including Dan Caissie, the Division 1 representative in Pro E.T., who also went on to win last year’s national championship. The other returning finalists are Division 5 Sportsman champ Ryan Montford and Division 3 Motorcycle champ Garreth Sheppeard. 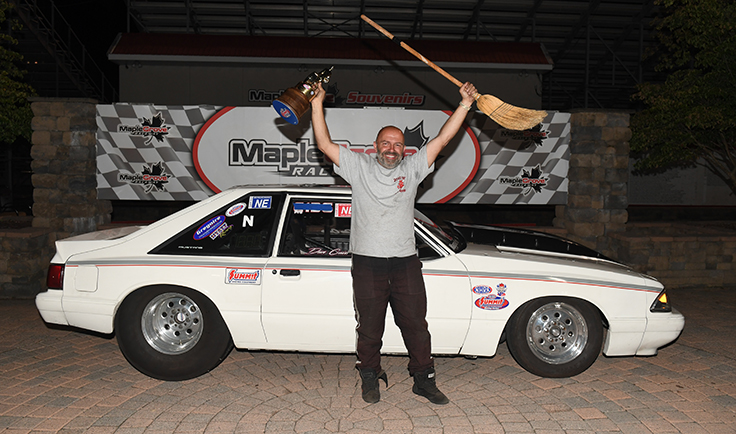 Connecticut-based Caissie, who drives an '85 Mercury Capri, also is one of the finalists who won both the main Summit event and the Race of Champions at their respective Summit Series divisional finals. The others are Division 1 Sportsman winner Paul Northrop, Division 5 Motorcycle winner Beau Drexler, and Division 6 champ Terry Holloway.

“What makes the NHRA Summit Series so great is anybody can go out and participate. It’s the grassroots, entry-level foundation of our Sportsman programs, and we’re thrilled to put them in the spotlight in Las Vegas as they race for a national championship this weekend,” said NHRA Sportsman Racing Manager Sara Walker. “Along with our EV class, it’s been exciting to see the continued growth of the traditional classes that have been supported by NHRA racers for decades. We’re looking forward to recognizing each of these talented competitors and, ultimately, crown national champions this weekend in Las Vegas.”

The weekend starts with a welcome dinner, and along with the payout, competitors will also race for a national championship Wally, jacket, and contingency awards. All 40 competitors will be recognized on stage during Sunday’s pre-race ceremony for the NHRA Nevada Nationals as well.