“We’ve been at the shop working hard for the start of the season. We’re ready to get it started in Gainesville,” said two-time defending class champion and driver of the Janac Bros. COPO Camaro Aaron Stanfield, who already in 2022 has a win and a semifinal appearance in the NHRA Pro Stock category.

“We’ve been working on some longevity things on the engine, overall, trying to find a little bit more power on the dyno. We know we have targets on our backs. That’s our goal every time we show up, to win. I know everyone else wants to, too, but we’re hoping to make that bounty larger and larger, just come out and get the win every time.”

Stanfield started his 2021 championship campaign with a win at the Gatornationals. He didn’t see the winner’s circle again until back-to-back wins at the final two races of the season secured him the championship and racked up his bounty to $2,000 entering the Gatornationals. Introduced in 2021, the Constant Aviation NHRA Factory Stock Showdown Bounty Program has increased fan and driver interest in the class. The bounty on Stanfield will increase until another driver defeats him during eliminations.

One driver looking to cash in on that bounty is manufacturer rival Mark Pawuk, a six-time Pro Stock national event winner who honed his drag racing skills bracket racing in Norwalk in the 1970s and joined the Factory Stock Showdown class in 2018. 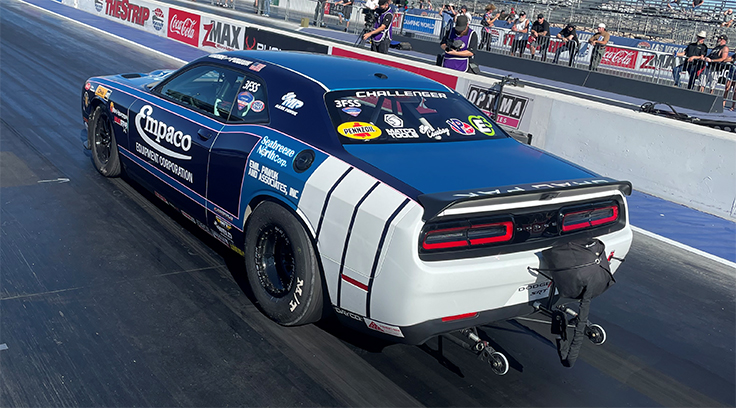 “We’ve had some pretty good results in testing this offseason. Obviously, everything resets coming into the Gatornationals. That’s one race I’ve really wanted to do well at over my entire career. It’s one of my favorite events,” said Pawuk, driver of the Empaco Equipment Mopar Dodge Challenger Drag Pak for Don Schumacher Racing. “I’m just really looking forward to going out and being able to build on what we learned this winter when we were doing our testing. We have a new teammate in Warren Welcher, and David Davies is back. So, I’m looking forward to us working together and building off each other and hopefully bringing some wins to Don Schumacher Racing this year in the Dodge.”

Pawuk finished the 2021 season with eighth in points and will be looking to lead a strong contingent of Don Schumacher Racing Dodges into the 2022 season.

Norwalk winner Chuck Watson II will once again be racing his Ford Mustang Cobra Jet, and he knows how big a win at the season-opening Gatornationals could be. 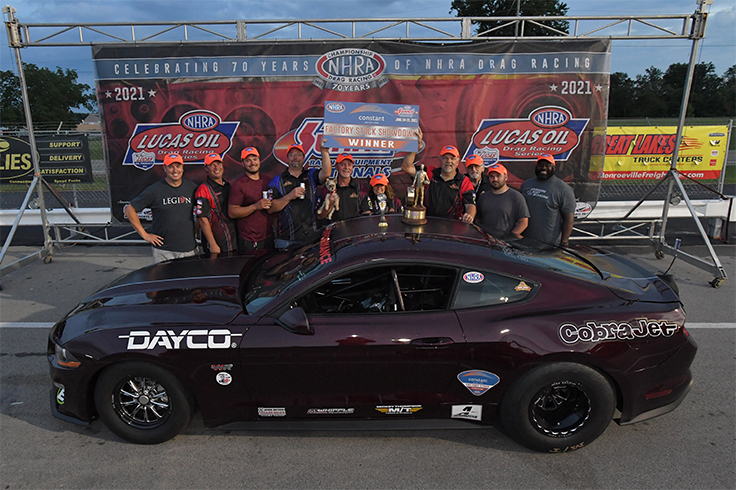 “I’m super excited. I just checked the car counts, and we’re at or over 30,” said Watson. “That’s phenomenal, and all three major manufacturers, that’s fantastic. It’s a nice spread. It’s what makes our class so exciting. On the outside, minus the stickers, these cars look like production cars, even on the interior. It would mean everything to come out to win the Gatornationals. I’m truly just thankful and excited to be participating in this class. Like I said, it’s extremely competitive, with a lot of experienced drivers, a lot of cars competing. To walk away with a win this weekend would be super exciting.”

Qualifying for Constant Aviation NHRA Factory Stock Showdown at the Amalie Motor Oil NHRA Gatornationals at Gainesville Raceway will begin Friday at noon followed by a second session at 3 p.m. Qualifying will continue Saturday at 9:30 a.m. before first round of eliminations at 1:15 p.m. Eliminations will continue Sunday at 12:55 p.m.