Priddy, a longtime crewmember for the Mountain View Performance Pro Stock team, will be crowned the 2022 NHRA Comp champ after an outstanding season that includes five victories. Driving a six-second A/Altered Automatic entry for owners Nick and Irene Mitsos, Priddy officially clinched the title after rivals Adam Hickey and Cody Lane both lost in the third round of eliminations in Las Vegas. 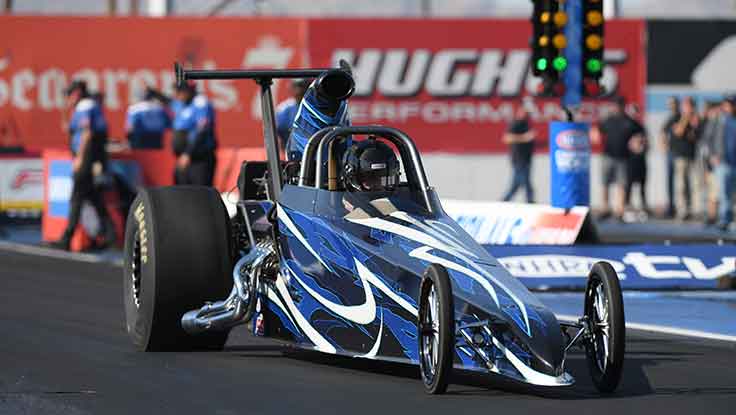 Glenn kicked off the season with a victory at the NHRA Winternationals in Pomona and was never far from the lead in Super Comp. He officially locked up the title with a clutch semifinal performance in Las Vegas that provided a 10-point cushion over two-time world champ Austin Williams. Ironically, Williams has attended just five national events, so he technically has one to claim, but because he’s already collected three wins, there is no way for him to improve his score. 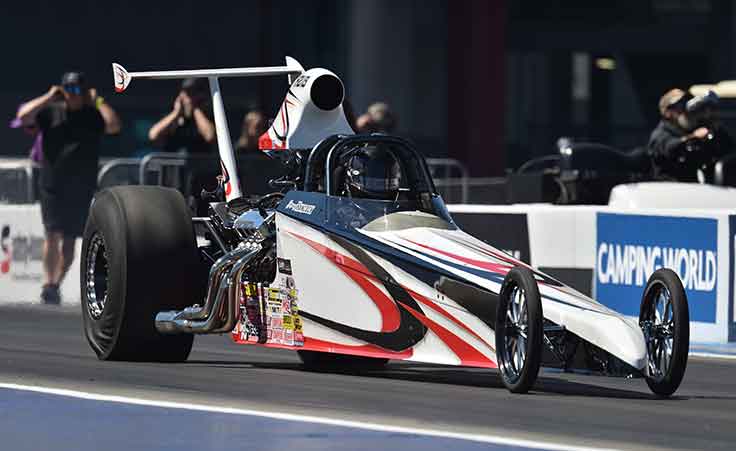 Georgia’s Hancock opened his 2022 season with a pair of Lucas Oil Series wins at South Georgia Motorsports Park and Gainesville Raceway, and he’s now the world champ in Top Dragster presented by Vortech Superchargers. Hancock did not race in the Las Vegas divisional event, but he was able to celebrate the title after none of his rivals were able to improve. Second-place Aaron Stanfield did not enter the event after wounding an engine during the Las Vegas national event a week earlier.

The rest of the NHRA Sportsman titles will be decided at this weekend’s Auto Club NHRA Finals in Pomona. Here is a rundown on each remaining class.

In Top Alcohol Dragster, Joey Severance is in the driver’s seat for what could be his fifth series championship. Severance won the Las Vegas event but wasn’t able to claim it as part of his total. He currently sits with 690 points, and the only two drivers still able to catch him are Jasmine Salinas and Matt Cummings, who both race as part of the McPhillips team.

Salinas and Cummings both need to win the Auto Club Finals and hope that Severance does not improve, which is a tall order because he’s dropping a round-one loss from Seattle. In other words, Severance just needs to win two rounds in order to clinch the title. 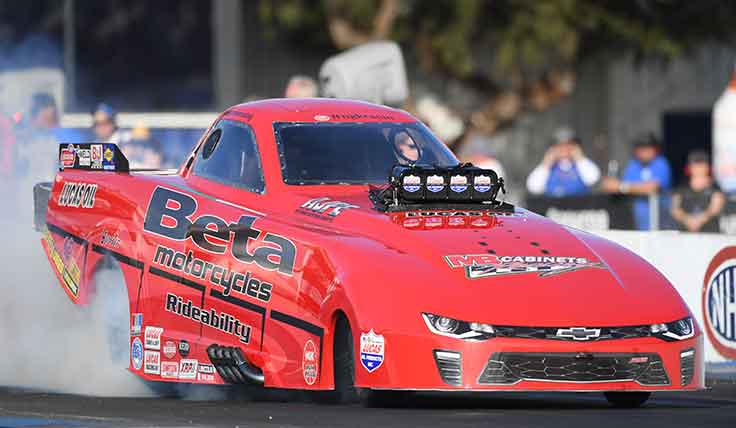 Doug Gordon’s comeback from a terrifying accident in Brainerd is nearly complete after he won last weekend’s Las Vegas event to reclaim the lead in Top Alcohol Funny Car. Shane Westerfield is 20 points behind Gordon and must win the event and hope Gordon does not make it to the final round.

The lead in Super Stock changed hands again in Las Vegas when Division 1 racer Pete D’Agnolo went around Greg Stanfield, who is chasing his sixth world title. Stanfield must reach the semifinals this weekend in Pomona to pass D’Agnolo. Ryan McClanahan is also mathematically in the mix and needs to win the race and hope that Stanfield does not improve his score. 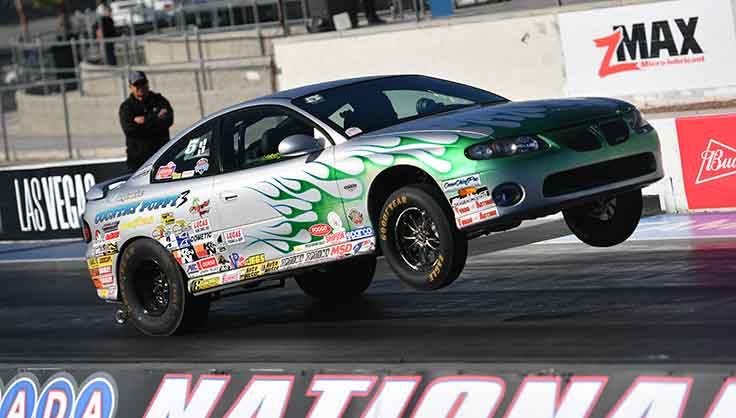 After numerous Top 10 finishes, Jimmy Hidalgo Jr. enters the Auto Club NHRA Finals as the leader in Stock, but he’s going to have to withstand a challenge from two-time world champ Brad Burton. Hidalgo can improve his score by reaching the final, and he may have to as Burton can take the lead by winning three elimination rounds, as he’s improving on a round-two loss in Denver. 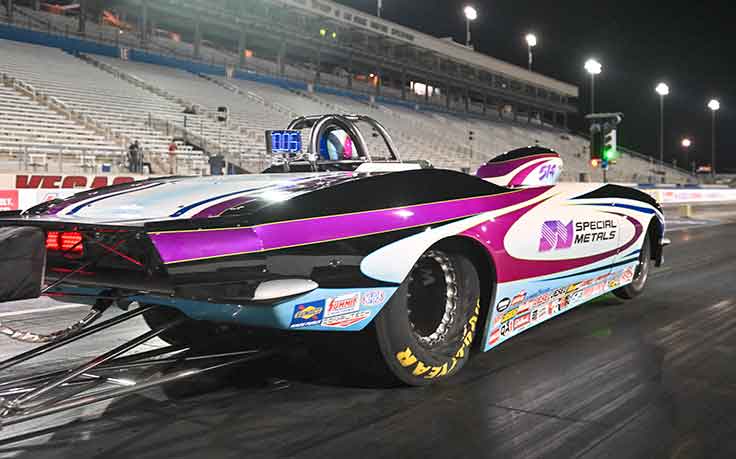 Phil Unruh lost early in Las Vegas but remained the leader in Super Gas. Unruh can clinch the title by reaching the semifinals. His only rival is Division 3 racer Bob Locke, who needs to win the Auto Club Finals in order to win the title. If Locke won the race, and Unruh lost in the semifinal round, the championship would be decided via a tiebreaker.

Lance Abbott may have lost the final round in Las Vegas, but he earned enough points to take over first place in Top Sportsman presented by Vortech Superchargers. Abbott, of Midland, Texas, can still improve his score by winning two rounds in Pomona. Abbott will most likely need to improve in Pomona because Don Meziere, Vince Hoda, Ed Olpin, and Richard Okerman are all still in the hunt for the title, and all four drivers can earn points in Pomona. Okerman is improving on a round-one loss, Olpin and Hoda have round-two losses on their scorecard, and Meziere needs to reach the semifinals to improve his score.