Chevrolet has been recognized as the top manufacturer in the NHRA for the record-extending 27th time. The award was presented Nov. 14 during the NHRA Awards Ceremony in Temecula, Calif.
17 Nov 2022
Posted by NHRA.com staff
News

Chevrolet has been recognized as the top manufacturer in the NHRA for the record-extending 27th time. The award was presented Nov. 14 during the NHRA Awards Ceremony in Temecula, Calif.

It is the sixth consecutive year and eighth time in the past 10 seasons that Chevrolet has won the award presented to the automobile manufacturer whose current-year models earn the most points for qualifying and category victories at NHRA Camping World Drag Racing Series national and NHRA Lucas Oil Drag Racing Series regional and divisional events.

Points accumulated by Chevrolet Camaro SS and Chevrolet COPO Camaro drivers in the Professional and Sportsman classes were more than triple the closest manufacturer.

Chevrolet first earned the award in 1966, and no other manufacturer has won it more times. GM brands Oldsmobile and Pontiac combined to win 24 titles between 1971 and 2006.

“I’m so proud of the hard work by the Chevrolet teams that delivered valuable points toward the Manufacturers Championship again this year,” said Jim Campbell, Chevrolet U.S. vice president, Performance and Motorsports. “Thanks to the owners, drivers, and crews in the Professional classes and Sportsman classes for another year of high-performance results every time they showed up at the track.” 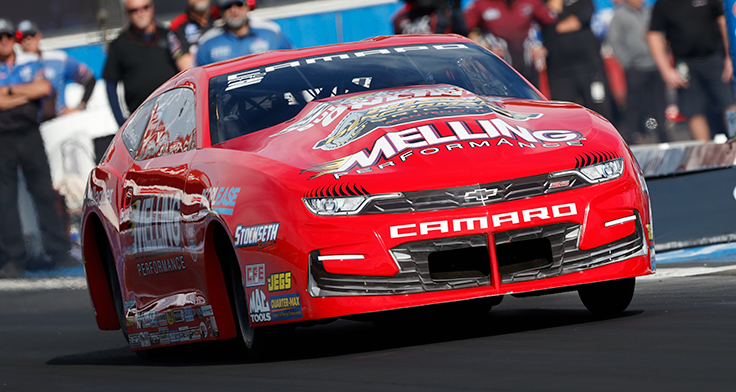 “I remember when Erica won her first race at Route 66 Raceway in July of 2012,” Campbell said. “We had the opportunity to celebrate that milestone win at SEMA later that year. Since that first one, she’s added 42 more wins and five championships. She’s an inspiration to so many drag racing fans.”

Chevrolet has amassed 18 Pro Stock driver championships and 366 victories, including 247 with the Camaro nameplate.

Aaron Stanfield, Dallas Glenn, Troy Coughlin Jr., and Greg Anderson also visited the winner’s circle as competitors won every race driving a Chevrolet Camaro SS. Anderson, who has driven a GM product to five Pro Stock championships, became the second driver in the Professional classes to reach 100 wins and won the season finale for No. 101. John Force with 155 Funny Car victories is the all-time leader.

Chevrolet Camaro SS Pro Stock driver Camrie Caruso was voted the NHRA Rookie of the Year. It is the second year in a row in which a Chevrolet driver has received the award and third time in the past four years. Dallas Glenn of KB Racing won in 2021 and Austin Prock of John Force Racing won in 2019. 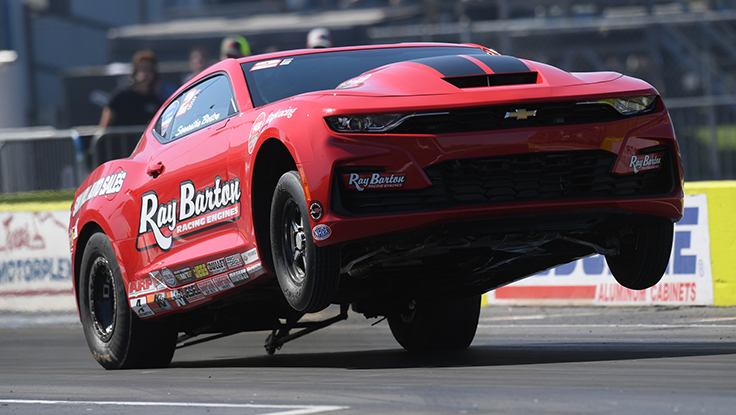 David Barton, of Reading, driving the Saw Mill Auto Chevrolet COPO Camaro, claimed the Constant Aviation NHRA Factory Stock Showdown series title for the second time. Drivers of the COPO Camaro won five of the eight races, including three by Barton and one each by two-time champion Aaron Stanfield and Len Lottig. Chevrolet has won the past three championships.

“It’s been an incredible season with driver championships in Top Fuel, Pro Stock, and the Factory Stock Showdown combined with winning the Manufacturers Cup,” Campbell said. 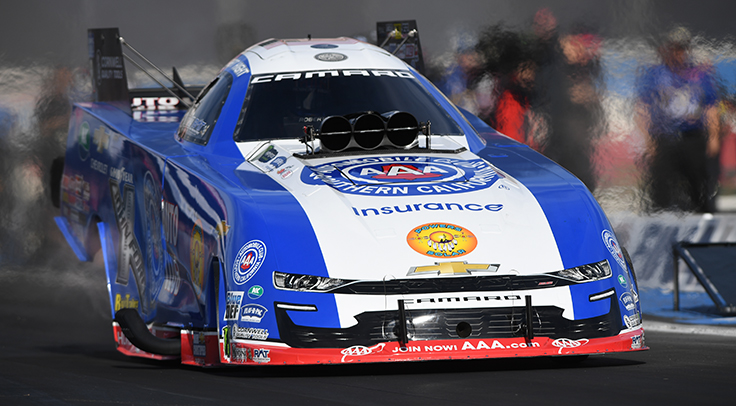 The Top Fuel class does not contribute points to the Manufacturers Cup standings, but Brittany Force and Austin Prock produced multiple highlights during the season in their Chevrolet dragsters.

Force won the Top Fuel championship for the second time. She recorded five victories, 10 No. 1 qualifiers, and set the national event speed record of 338.91 mph in the season finale in Pomona. Prock, returning to full-season competition for the first time since his rookie of the year campaign in 2019, won two races and earned his initial Top Fuel No. 1 qualifier honor in Dallas.