After a 30-year hiatus, Maurice DuPont will return to Top Fuel in Pomona

Maurice DuPont, who last competed in 1992, will make his return to Top Fuel after a 30-year hiatus, wheeling the dragster owned by Scott Palmer at this weekend’s Auto Club NHRA Finals. DuPont, 60, relicensed this week at Tucson Dragway in Arizona. 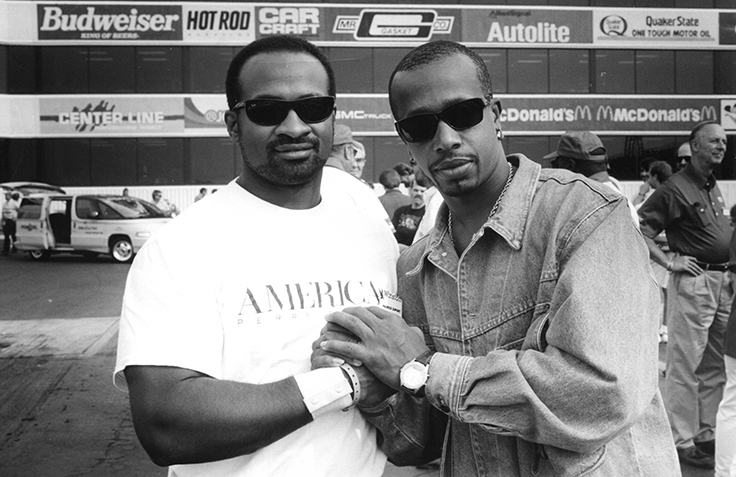 DuPont competed in 15 Top Fuel races from his debut in Brained in 1990 through his final event in Pomona in 1992 in a car owned and tuned by veteran Larry Frazier with backing from music icon M.C. Hammer. Although he never won a race or reached a final round in his Hammertime dragster, DuPont did pull off a couple of notable round-wins in 1992 over past world champs Eddie Hill and Joe Amato. 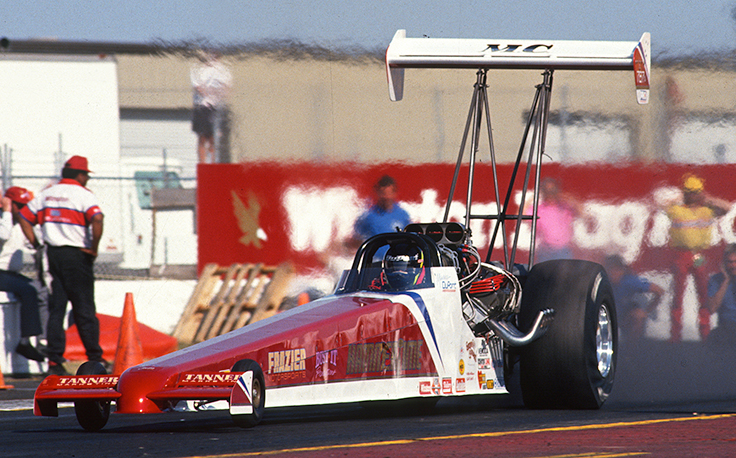 DuPont attended Frank Hawley’s Drag Racing School recently – just as he had done before his first nitro adventure in the 1990s – and performed extremely well in the class’ alcohol-burning dragster, which has a drivetrain that mimics an A/Fuel Dragster or Top Fueler.

“He did great,” enthused Hawley. “Not everybody that either has no experience or has 30-years-ago experience probably does as well as quickly as he did. 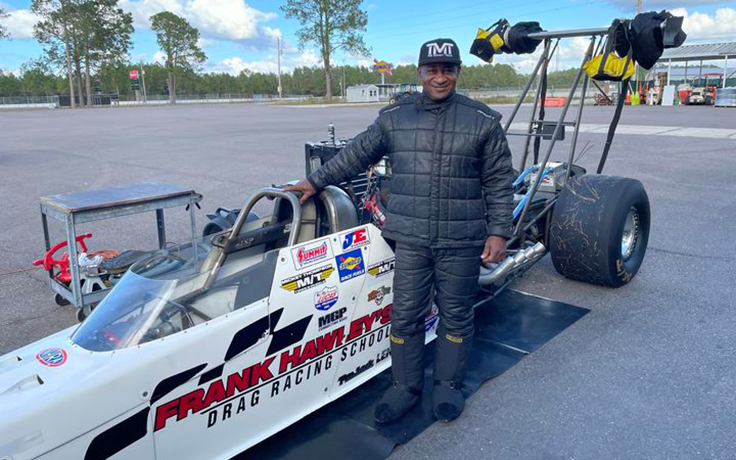 “Our car is a really good training tool to prepare you to get in the fuel car because all of the procedures are the same, and if you have a little hiccup, a problem, or whatever, our car is a lot more forgiving than a fuel car, and it's a lot cheaper to run than a fuel car. We were pleased. We hope that he does as well in the Top Fuel car.”

DuPont’s choice of Palmer as a Top Fuel tutor is not surprising given Palmer’s reputation as a trusted teacher with a reliable car. In October, it was Palmer whom multi-discipline motorsports star Travis Pastrana tapped to give him his first runs in a Top Fueler.