Four-time world championship-winning nitro crew chief Rahn Tobler has made the decision to retire from racing and will depart Don Schumacher Racing at the end of this month. Tobler has been the crew chief of the Ron Capps-driven NAPA Funny Car since 2012.
21 Jan 2021
Posted by NHRA.com staff
News

Rahn Tobler, crew chief of the NAPA Auto Parts Dodge Charger SRT Hellcat driven by 2016 NHRA Funny Car world champion Ron Capps, has made the decision to retire from racing and will depart Don Schumacher Racing at the end of this month.

Tobler, 66, has enjoyed a successful NHRA career that spans nearly 50 years, including 11 years as a member of the Don Schumacher Racing family. Since 2012, Tobler and Capps have worked side by side, where they were successful in capturing 33 victories, including Capps’ milestone 60th nitro triumph and the 2016 Funny Car title. 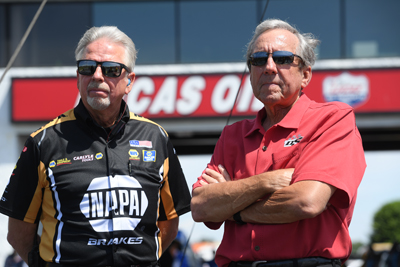 “We’ve had a great run with Rahn, and while we are sorry to see him go, we understand and support his decision,” said Don Schumacher. “He won a lot of races for DSR and NAPA over the years and was an integral part of our organization. He’s a true champion and leaves this sport as one of the most respected names in our industry. We wish him the best of luck as he embarks on a slower-paced lifestyle away from the dragstrip.”

Tobler’s successor to take over the reins of the NAPA Funny Car will be announced at a later date.

Tobler began his drag racing career in 1971 and has won 70 national events and four world championships. In addition to his 2016 title with Capps, Tobler’s other championships include the 1980 and 1982 Top Fuel titles with Shirley Muldowney and the 2008 Funny Car championship with Cruz Pedregon. Tobler plans to enjoy his retirement in Southern California with his wife, Ellen. 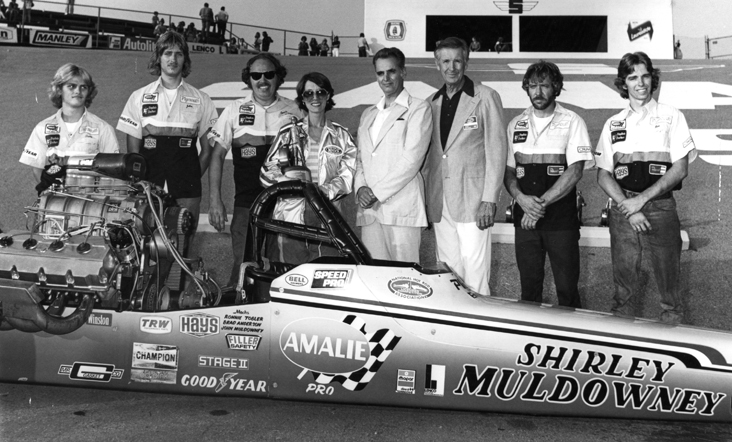 “It’s been a very storied career,” said Tobler. “I never thought when I started in 1971 with Dick Venables Sr. working with a local Top Fuel team in Houston, Texas, that I’d still be doing this almost 50 years later. I’m very fortunate to have worked with so many successful team owners and wonderful people. I think back on Shirley [Muldowney] and the success we’ve had, my time with the Kalittas, and Cruz [Pedregon], but I’d have to say, the best part of my career has been these last 10 years at DSR.

“Don Schumacher has given me so many unbelievable opportunities to be successful. Ron and I had an incredible run. To win 33 races over what was almost nine seasons, and winning the championship in 2016, I’m just so proud of what we were able to accomplish; what a way to go out. But, winning aside, what I’ve enjoyed the most and also what I’ll miss the most is the people. I’ve made so many great friends along the way, but I’m especially going to miss my crew guys. They’ve become family. We would do things away from the track together, fun things on the road and back at home, I got to know their families. Without a crew, a crew chief is nothing. If you don’t have that strong group behind you, you won’t be successful.

“I’m very fortunate to have worked in an industry that I’ve enjoyed every single day, but I’m now looking forward to this next chapter in life. My wife, Ellen, and I will be moving to Huntington Beach. That’s been our plan all along. She’s a Southern California girl, and when we first got together, I promised her we’d go back to Huntington when it was time to retire, and let’s be honest, it’s not a bad place to retire.” 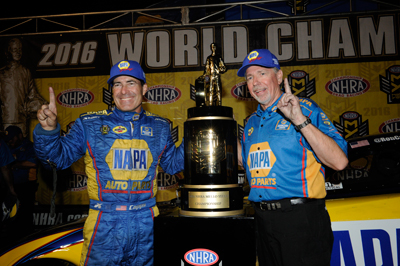 Capps, understandably, was sorry to see his Hall of Fame tuner depart after so much success.

“I’m heartbroken that our time racing together has come to an end,” he said. “We’ve had such a great amount of fun, and became such great friends away from the racetrack. In the eight-plus years, the amount of races that we’ve won and great moments we’ve spent together is just really incredible. We set the national record within a first few races together in Englishtown in 2012, won the championship in 2016, and then to run that 339-mph pass in Reading in 2019 was awesome. There’ve just been so many great moments.

“Very happy that he’ll be able to go off and enjoy his retirement and spend time with his lovely wife, Ellen. He deserves it. He’s been involved in the sport of drag racing since his teenage years, so this chapter closes, and a new one opens for him.”