When it came time to move, NHRA called on a high-powered friend of the sport

When NHRA moved its headquarters in late October from its longtime location in Glendora, Calif., to a new building in nearby San Dimas, it called upon Russells Moving & Storage, an associate sponsor on Cruz Pedregon’s Funny Car and of Auto Club Raceway at Pomona, to get the job done at nitro-powered speed.
02 Dec 2021
Phil Burgess, NHRA National Dragster Editor
News 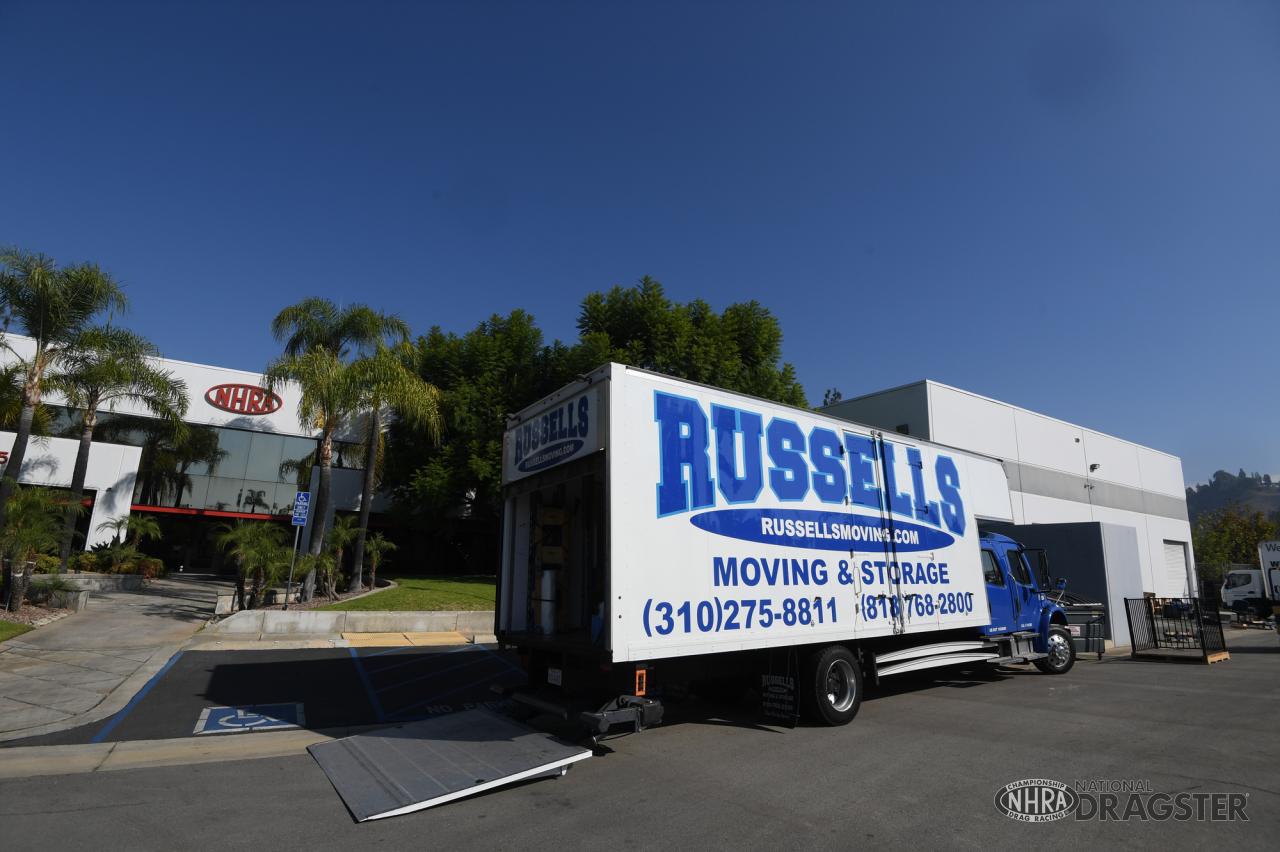 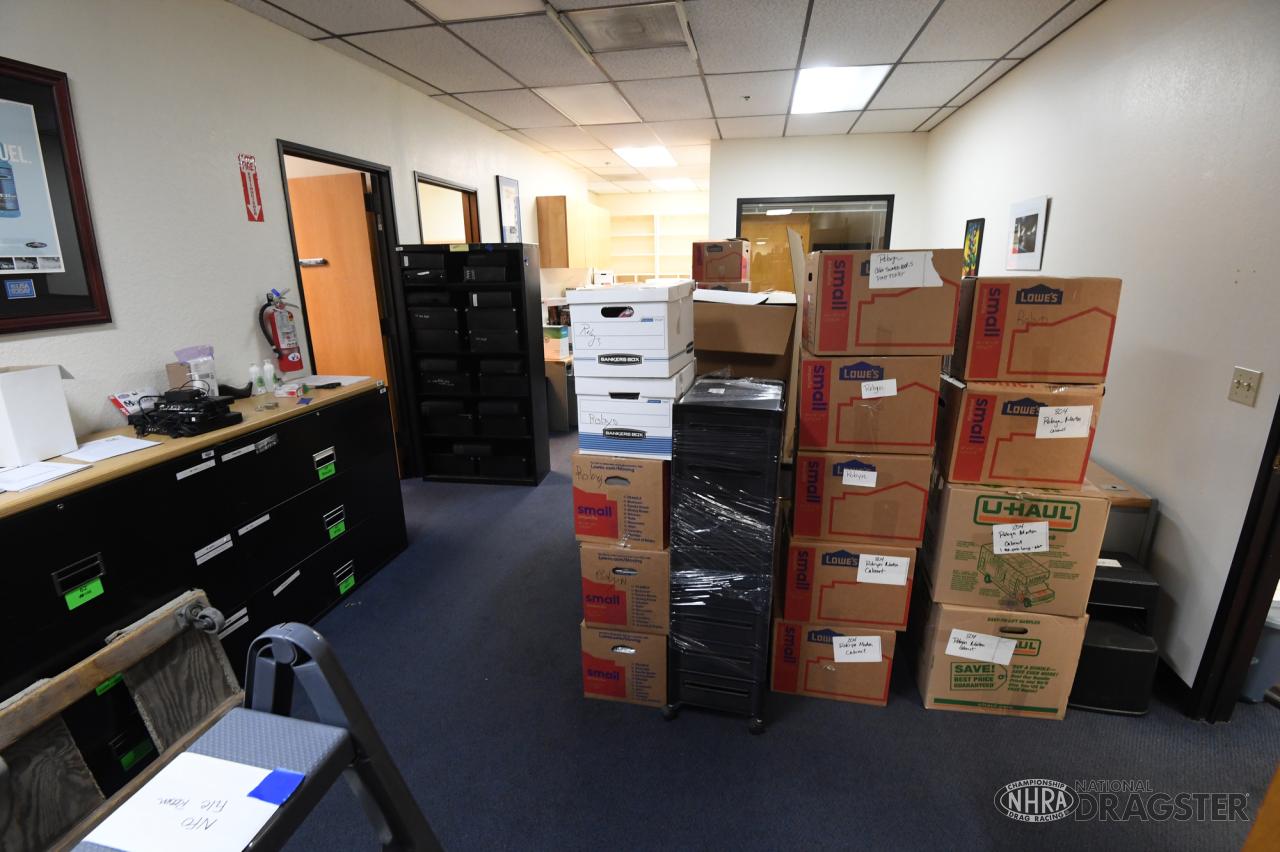 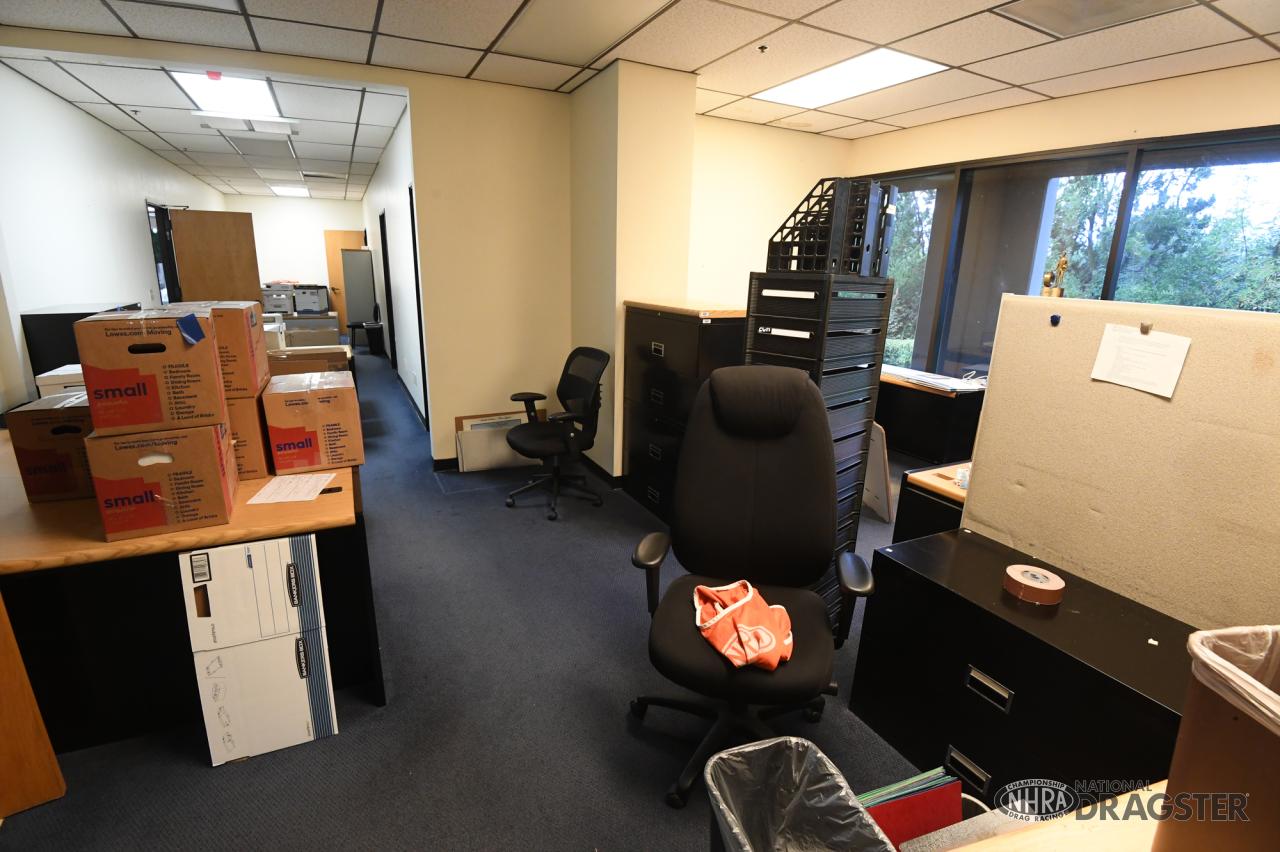 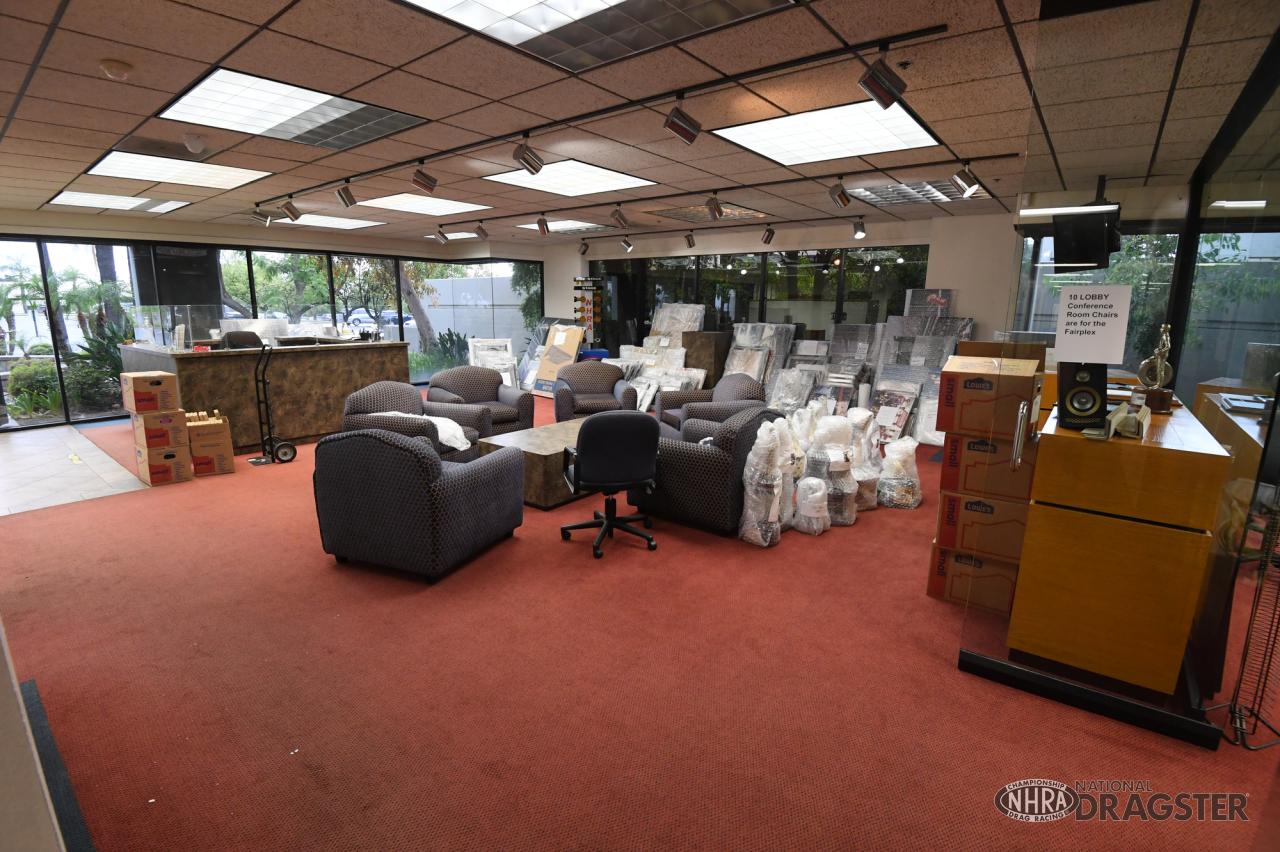 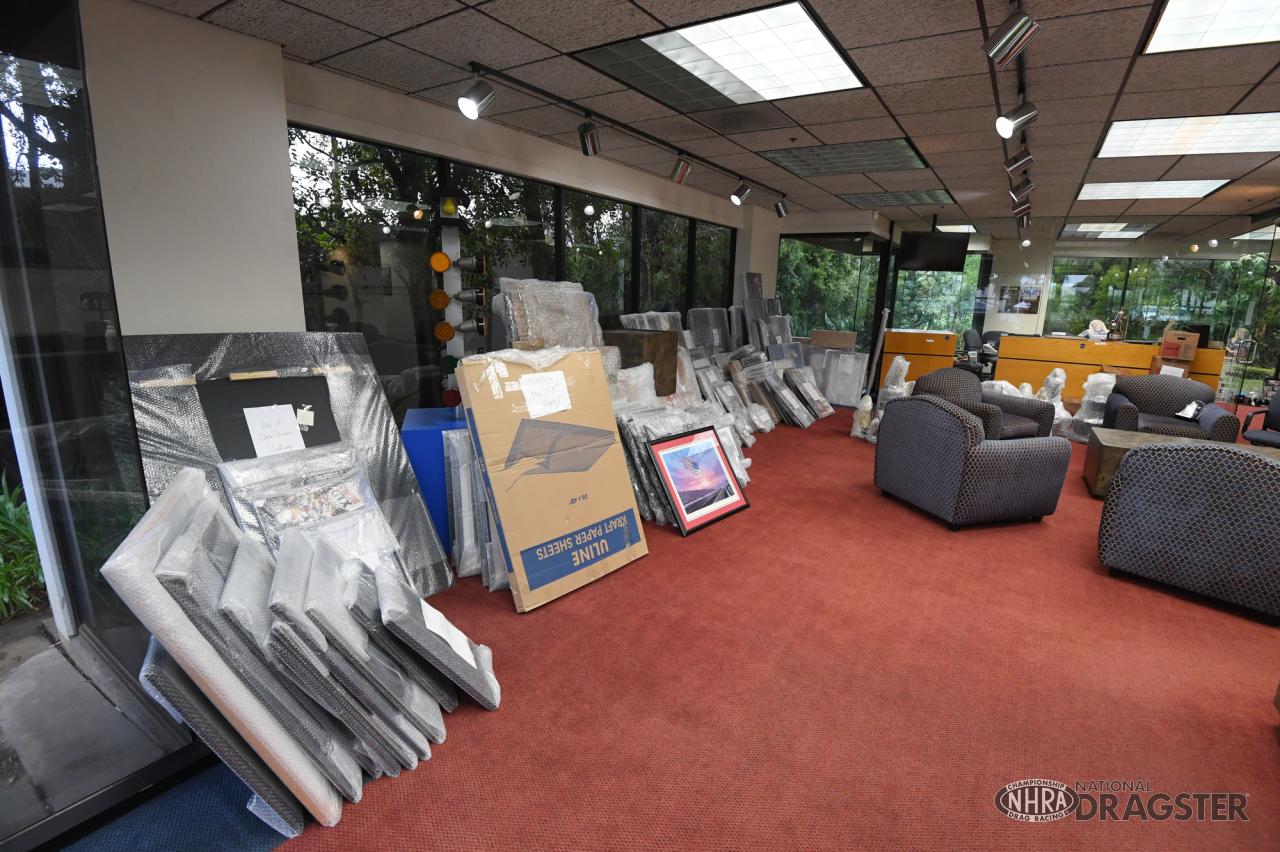 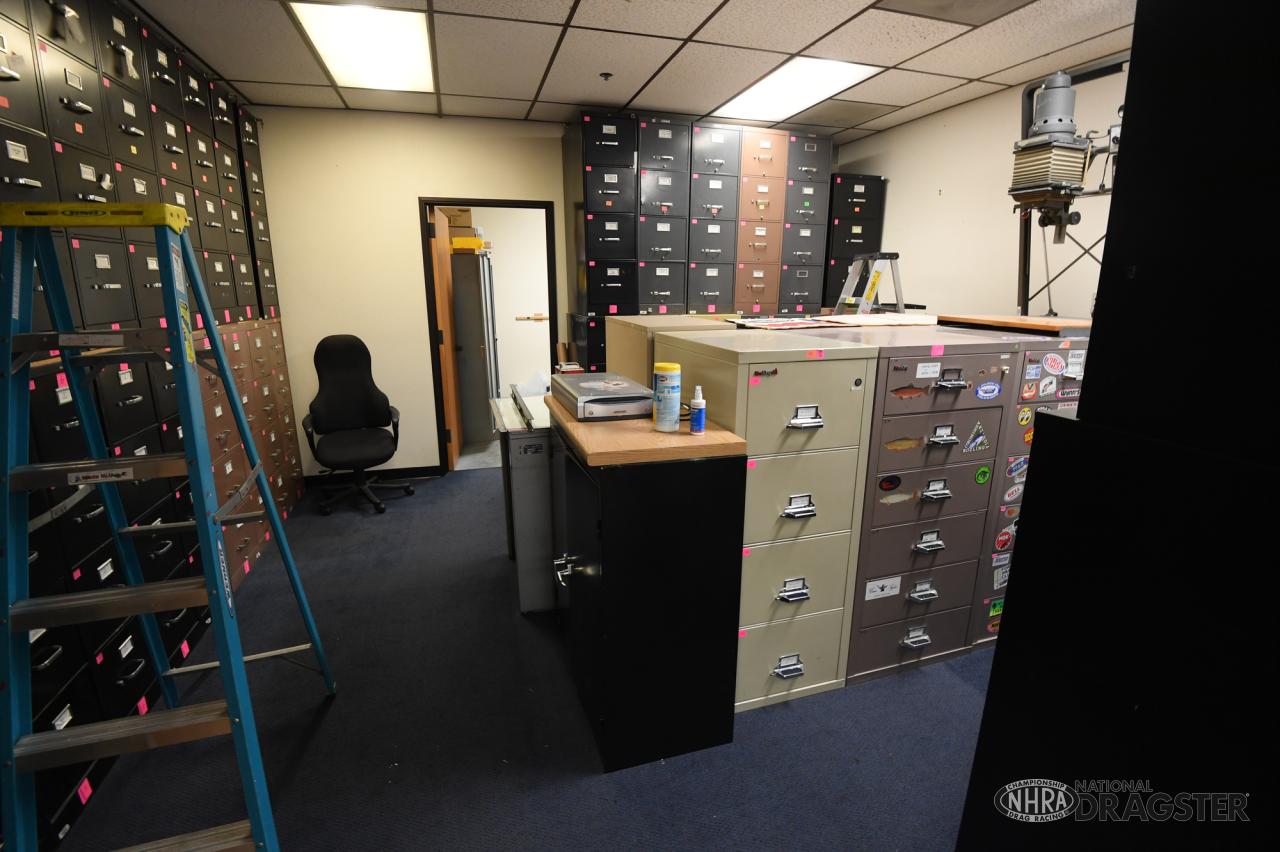 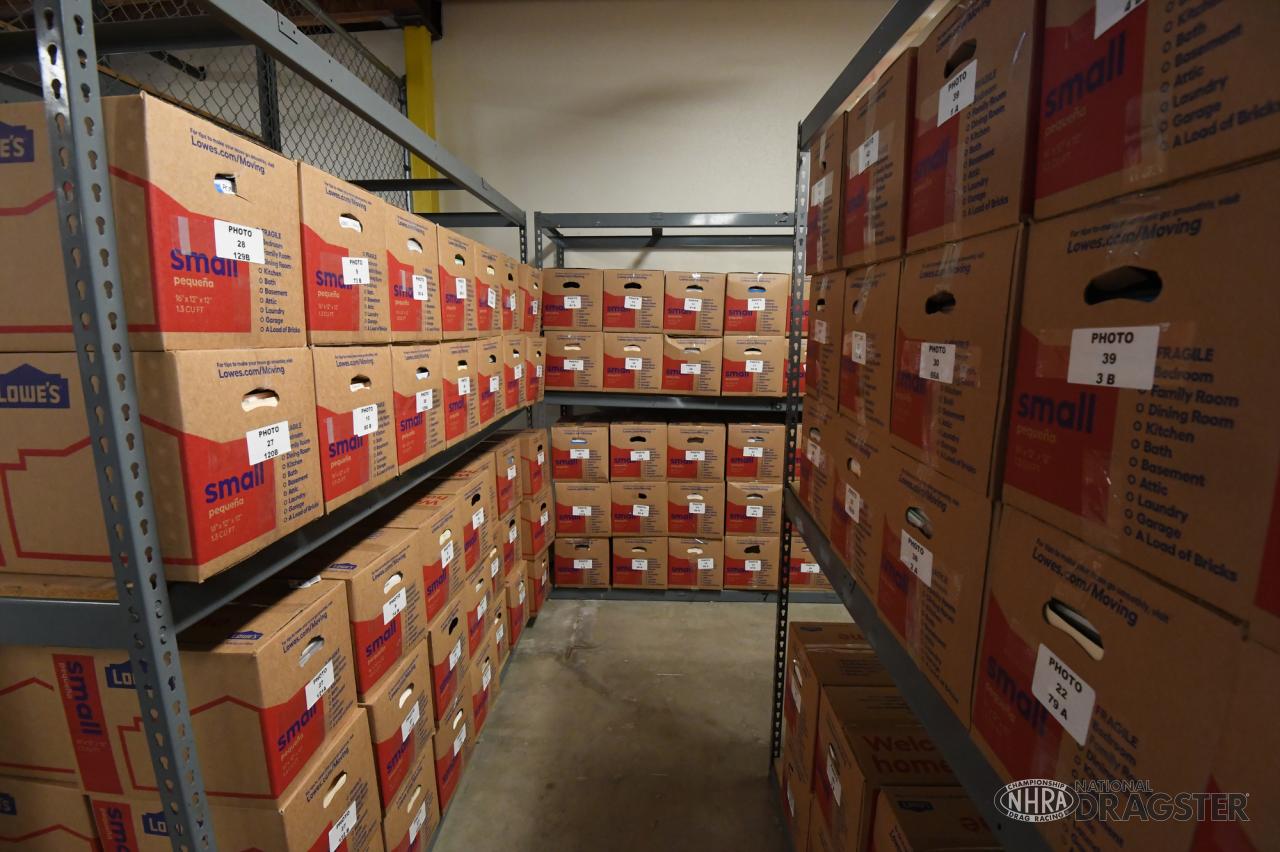 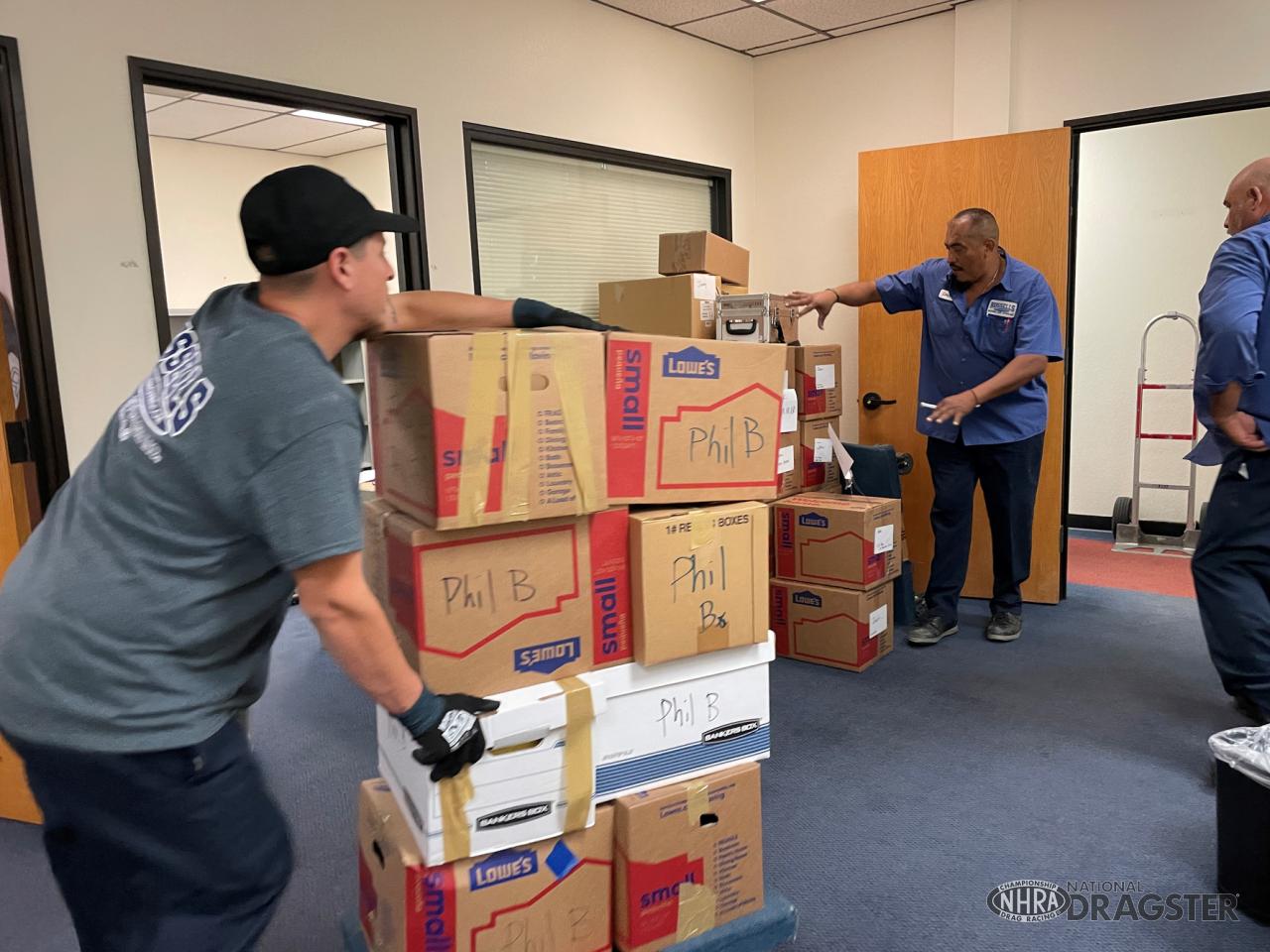 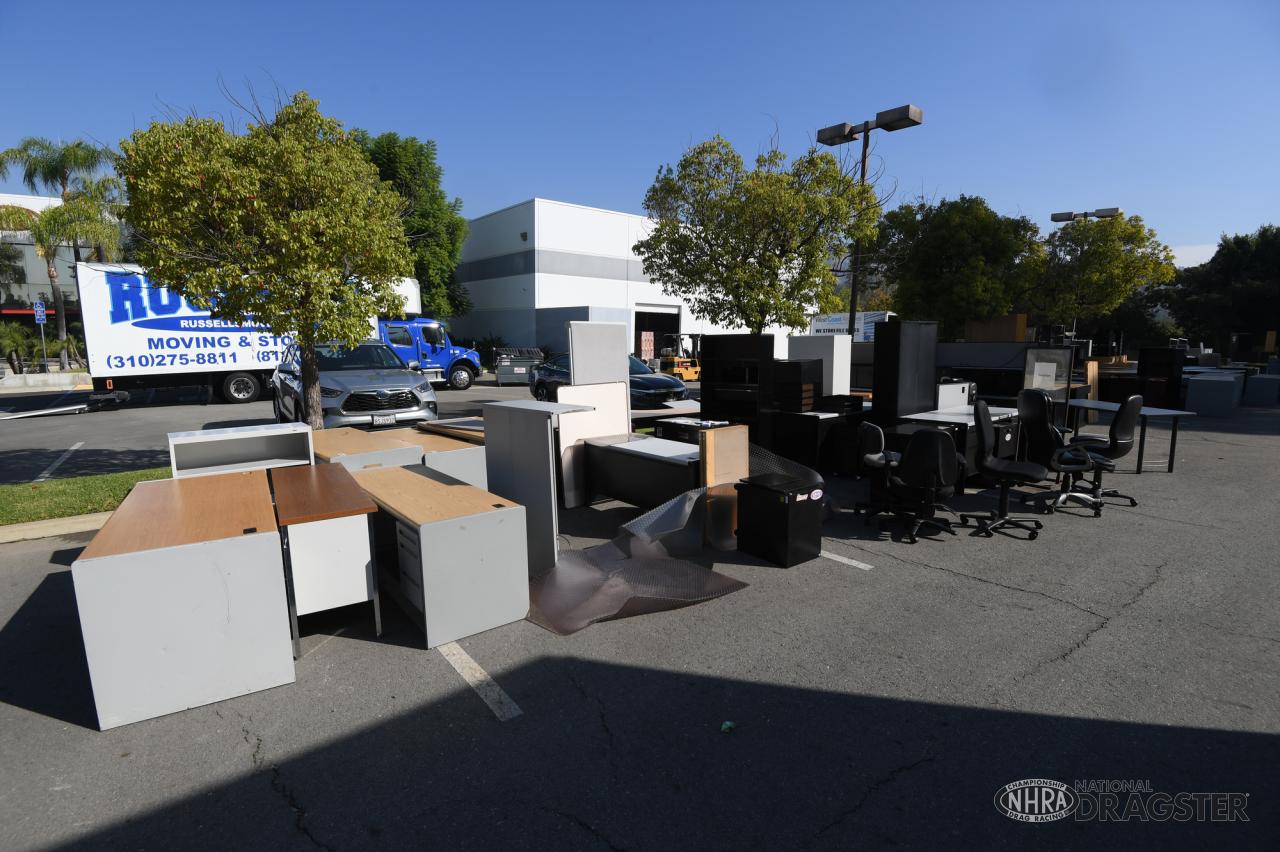 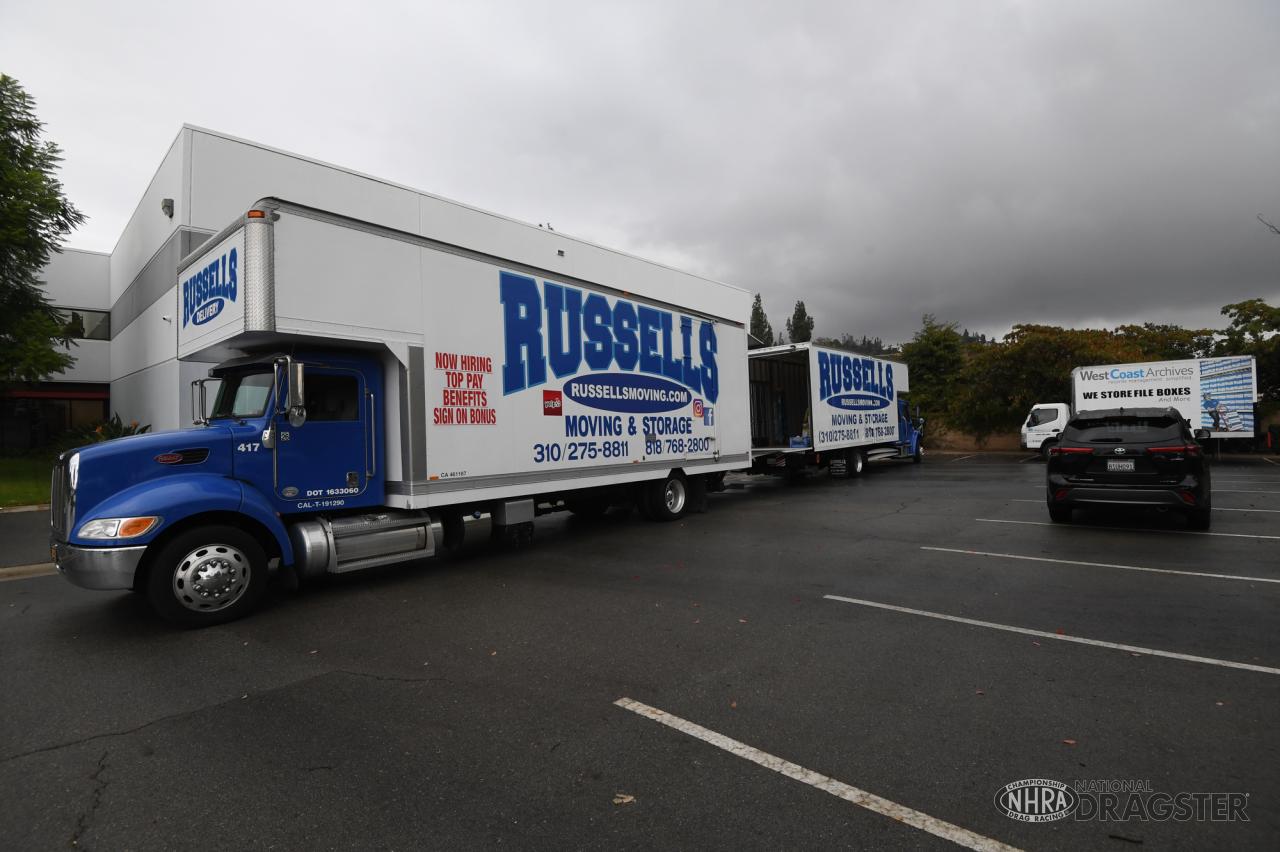 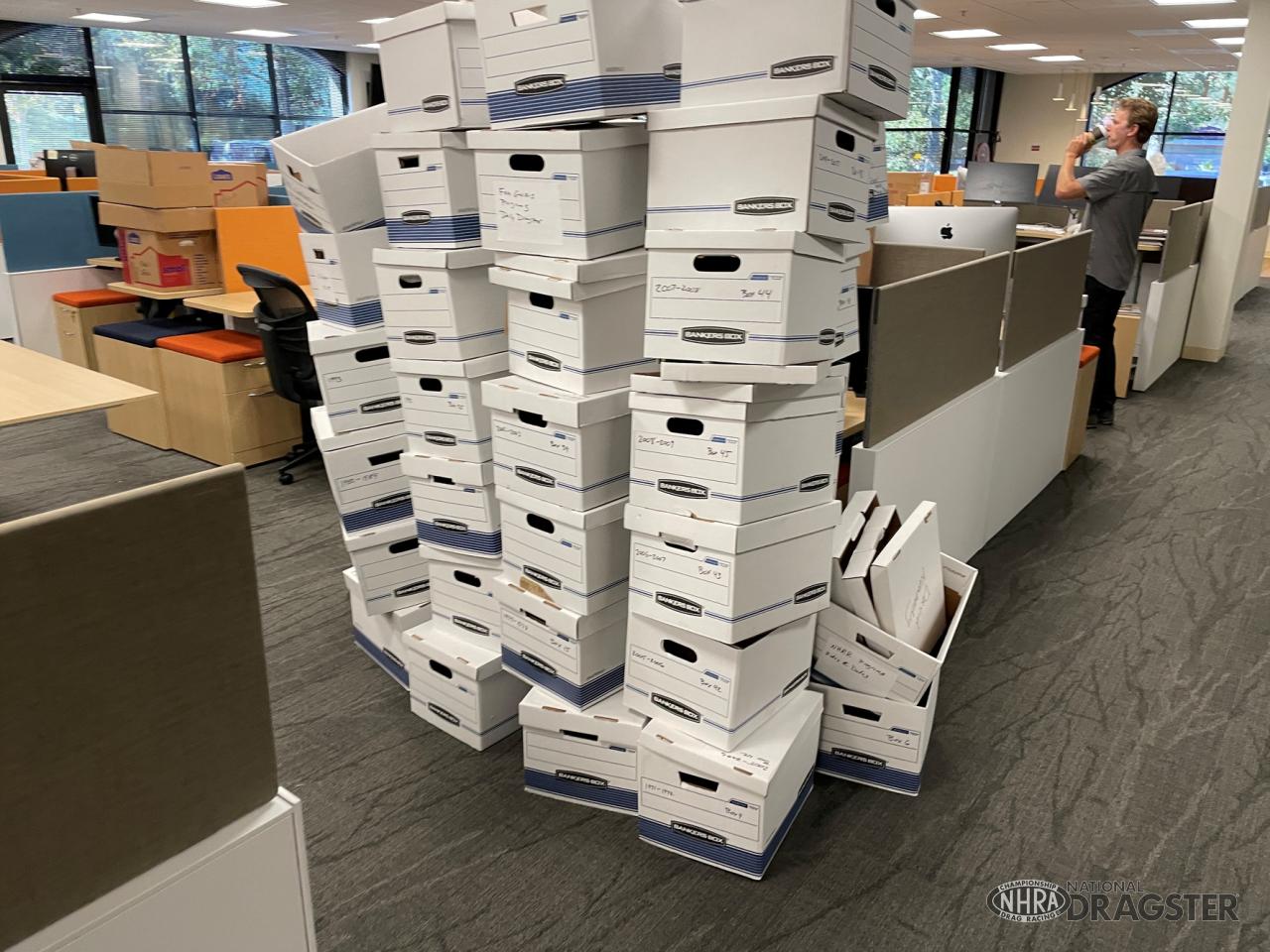 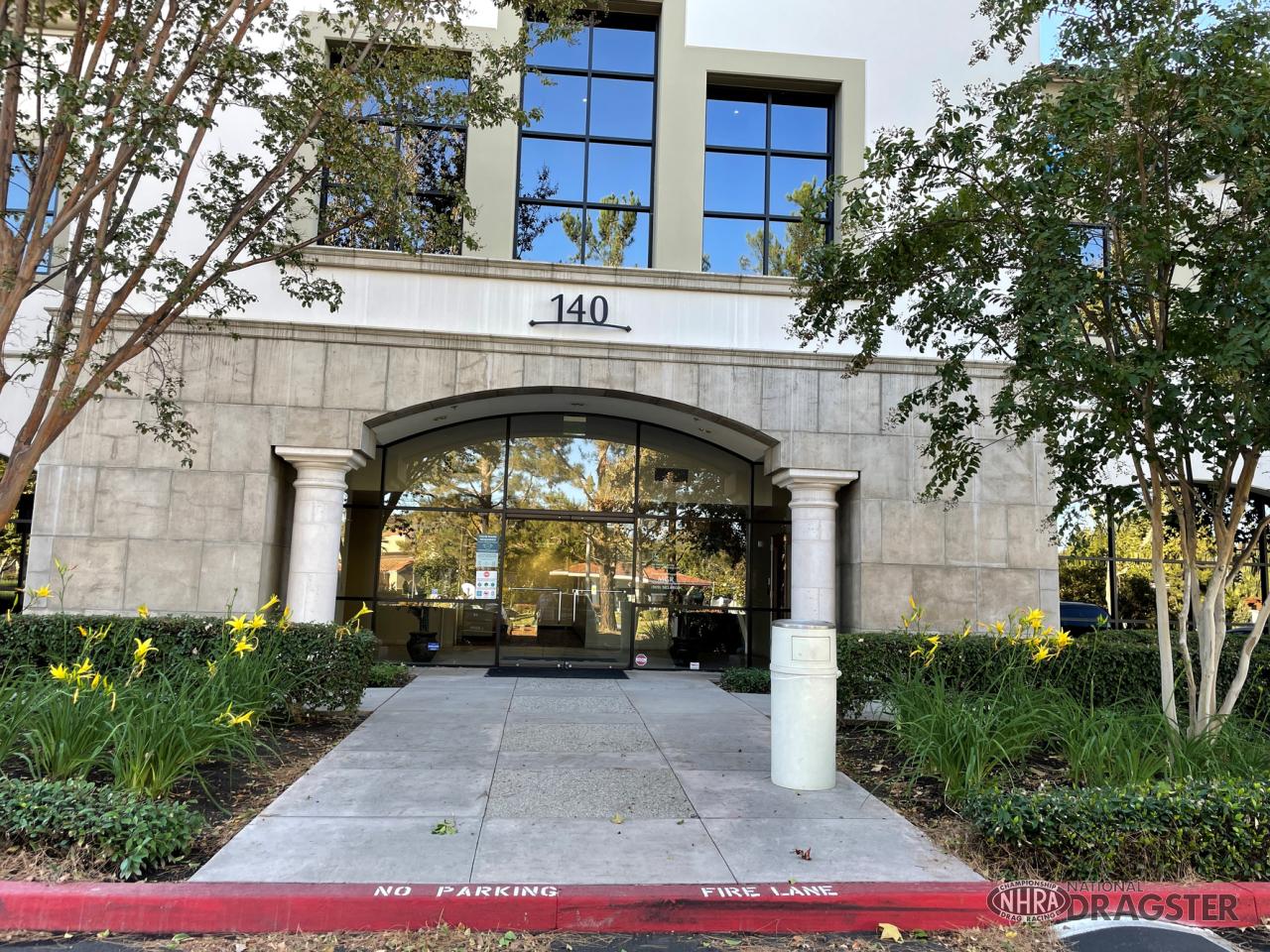 When NHRA moved its headquarters in late October from its longtime location in Glendora, Calif., to a new building in nearby San Dimas, it called upon regional favorite Russells Moving & Storage (RussellsMoving.com), an associate sponsor on Cruz Pedregon’s Snap-on Tools Funny Car and of Auto Club Raceway at Pomona, to get the job done at nitro-powered speed.

Russell Ragon is a passionate and lifelong NHRA fan and has worked with NHRA before during warehouse moves and in transporting items to the annual NHRA Awards Ceremony, but the headquarters move was on a whole other level. 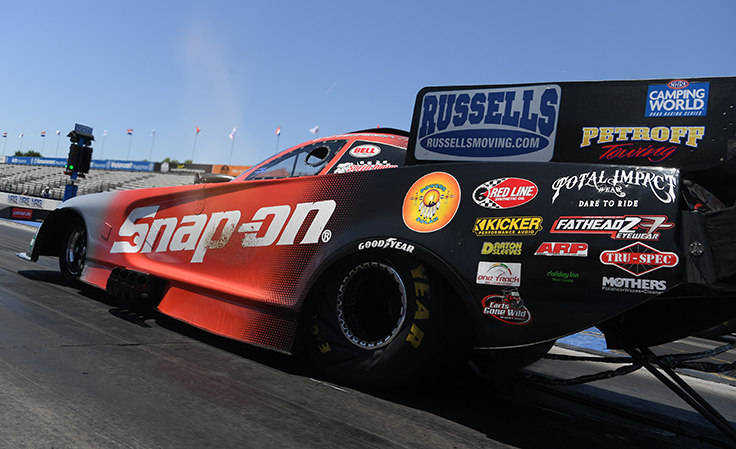 In just a few days, Ragon’s hard-working crew quickly emptied the 25,000-square-foot, two-story building of its scores of desks, cabinets, and chairs that — because the new building came pre-furnished — ultimately were then donated to local organizations and made available to the public, as well as hundreds of boxes of employee possessions and documents, along with artwork, trophies, and other treasured items that had been gathered in the nearly 35 years that the building served as the association’s home base, and transported them to the new building.

“I’m such a big fan of NHRA that it was an honor to be asked to help move the headquarters,” said Ragon. “I've been a big fan — we’ve got NHRA plates on all the trucks — and I've been going to Pomona for 30 years. We're in a big market here in Los Angeles, but my guys know my passion for the sport and really raised the bar going out there and making us look good. 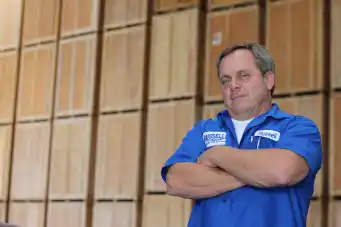 “I can't express how awesome the sport is, the people, the excitement, the energy, all of these are people that live and eat and breathe this stuff, and the stuff that goes on in the course of the season. It's just great to see it keep going. Camping World stepping up last year was great as is a lot of news like Tony Schumacher coming back and Tony Stewart coming in. I never stop working, and NHRA is my only hobby; I don't miss it. I DVR every episode and get to Pomona twice a year, which is why it was cool to have our name on the tower this year, and I'm pretty proud of that and our association with Cruz.” 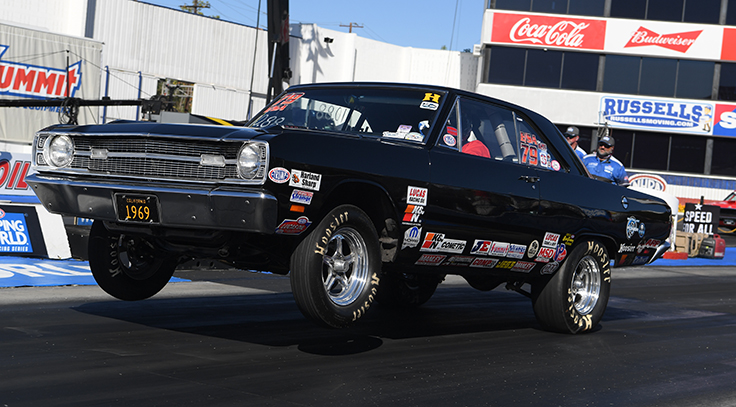