Racers and fans can watch the complimentary livestream from the event on NHRA.tv beginning at 9 a.m. Eastern both days thanks to a new partnership between NHRA.tv and NHRA National Dragster magazine. Strange Engineering will be the major sponsor of all of the divisional streaming this season. JEGS, Total Seal, and Summit also are sponsoring the Orlando coverage. 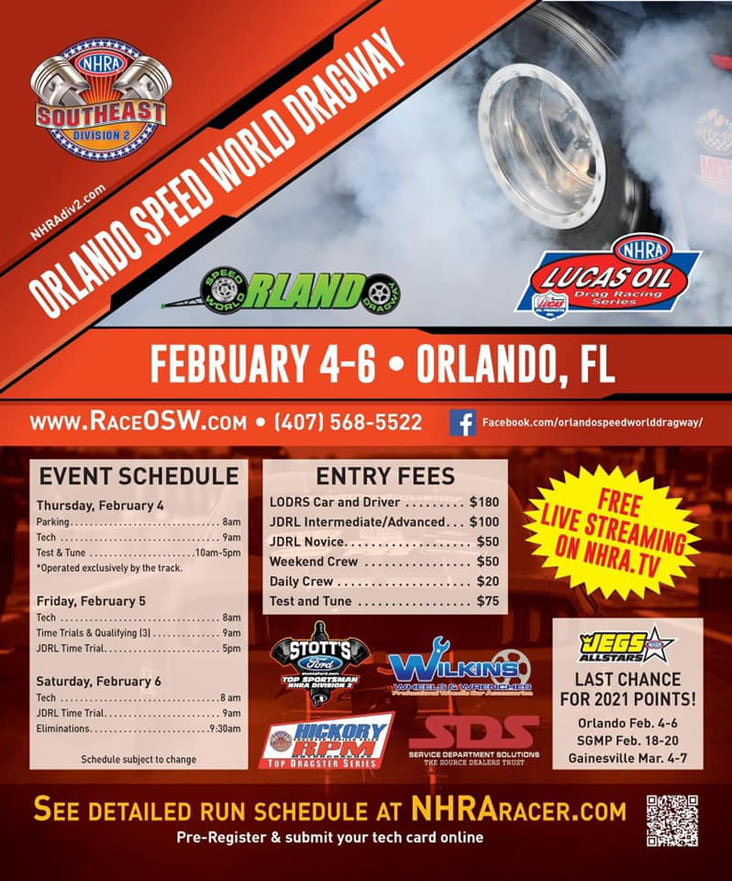