It was out of the ordinary to not see Terry McMillen at last weekend's Amalie Motor Oil NHRA Gatornationals, but the positive news is McMillen isn't giving up in his search for a sponsor that will help him return to the Top Fuel ranks in the NHRA Camping World Drag Racing Series as soon as possible.
16 Mar 2021
Josh Hachat
News

It was disappointing and out of the ordinary to not see Terry McMillen at last weekend's Amalie Motor Oil NHRA Gatornationals in Gainesville, a race he has long been associated with because of his relationship with Amalie, but the positive news is McMillen isn't giving up in his search for a sponsor that will help him return to the Top Fuel ranks in the NHRA Camping World Drag Racing Series as soon as possible.

While that team's sponsorship with Amalie is suspended in 2021 due to the ongoing COVID-19 pandemic, McMillen is forging ahead. He's sent out nearly 400 sponsorship packages to companies and remains hopeful and optimistic something will click, even if it's a series of deals for select races.

"I've always known the one thing you have to be is persistent to outweigh the resistance," McMillen said. "You have to look at the climate today. It's different than we've ever had. There's still a lot of uncertainty right now. We've got a lot of people committed to next year, but not enough to get through this year.

"I believe we will find the right opportunity, whether it's a three-race deal or a whole season. We'll figure out how to get there, and we'll keep knocking on doors." 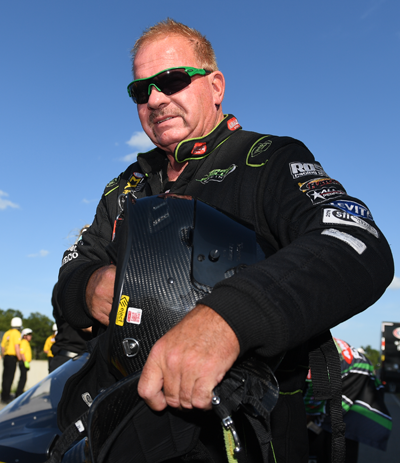 McMillen believes he's been close to a deal on several occasions, but the final steps haven't worked out.

It's led to a lot of stressful and uneasy days and nights, especially as the 2021 NHRA Camping World Drag Racing Series season is set to begin this weekend.

Crew chief Rob Wendland is still on staff, but most of the team have had to leave to find positions with other teams in drag racing.

That's been tough on McMillen, who has found his groove in Top Fuel after his share of on-track adversity years ago. He worked to find solutions to field a competitive, race-winning team, and McMillen has taken the same approach off the track. It hasn't been easy, and not being in Gainesville is particularly stinging, but McMillen hasn't lost hope.

If things come together, he still has Wendland and is confident he can put together a quality team quickly.

"We just have to get through this year. That's our focus, and we're not going to quit," said McMillen, who has two career Top Fuel wins and finished a career-best ninth in 2018 and 2019. "You just need a start to get going. We've got a great tuner, our equipment is in immaculate condition, and we can run with anybody. We just need the funding to get out there.

"We're hopeful, but I'm not going to lie, it's been a roller coaster. It's been an emotional roller coaster, but if we have to put the whole season together on three-race deals, we'll do it. We're just determined to come back."

McMillen missed the final three races of 2020, putting his sole focus on getting back to the track. He's been energized by the groundswell of support from fans, especially on social media. They've reached out in droves, alerted potential sponsors, and made it be known that the fan favorite is sorely missed at the track.

That's tugged on McMillen's heartstrings the most, and it's left him even more motivated to return — and hopefully sooner than later.

"The fans have been amazing with everything," McMillen said. "Their support has been incredible. They're all over social media, tagging companies, and that's been overwhelming. It's been hundreds of people doing it, not one or two.

"That tells me we have a great following, and they're helping open doors. Sooner or later, we're going to knock on the right door and find what we need to find."