Tim Wilkerson will add one more title to the ever-growing list of job responsibilities this weekend at the NHRA Midwest Nationals, where Wilkerson will debut a Top Fuel dragster with Kentucky businessman and former Top Fuel racer Keith Murt behind the wheel.
23 Sep 2021
Posted by NHRA.com staff
News

The most recent Funny Car national event winner will have his son, Daniel Wilkerson, operating as crew chief for Murt during the event.

“I started putting this Top Fuel dragster together earlier this year with the plan to get Daniel licensed in it,” said Wilkerson, following his victory at the DeWalt NHRA Carolina Nationals. “I ran into Keith at the San Antonio Funny Car Chaos race, and we got to talking. He wanted to get back into racing, so we worked out a deal. He is going to run the car this weekend, and then Daniel is going to get his license in it on Monday after the race.”

The Wilkersons have been working with several teams this season, including Chad Green, and this is their first foray into Top Fuel. For Murt, this will be his second stint behind the wheel of a Top Fuel dragster. In 2012 and 2013, the president of Murtco, Inc., a leading mechanical and underground utility contractor serving the southern and mid-western United States, drove the Mitch King-owned Top Fuel dragster at select events. 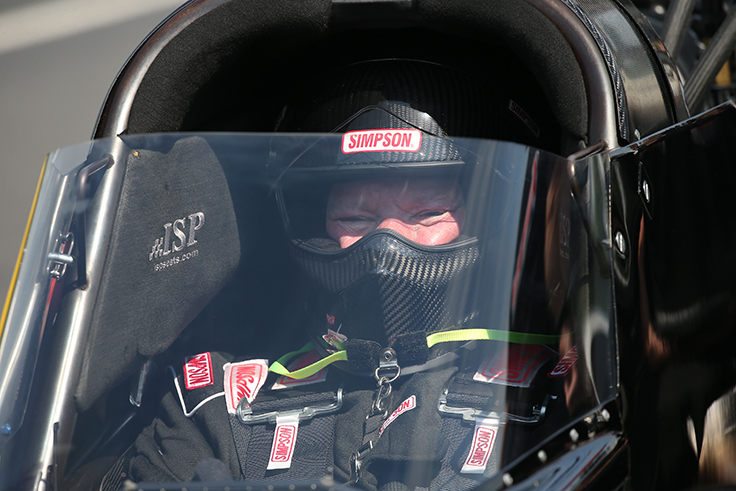 “I met Tim 30-40 years ago when I wanted to run an Alcohol Funny Car, and he had one for sale,” said Murt. “I just knew what kind of guy he was right away even back then. I wanted to jump back into racing again when we bumped into each other in San Antonio. I told him I wanted to race Funny Car, but he said he was building a Top Fuel dragster, so I decided I would drive that. I knew his personality and his mentality when it comes to race cars, so I knew we would be a good fit.”

For Murt, the return to Top Fuel racing is something the racer is looking forward to experiencing again, but he isn’t obsessing over hitting the throttle. He does know that based on Wilkerson’s recent success in the Funny Car ranks he will have to bring his A game to the track.

“I don’t really get tore up until I get to the racetrack,” said Murt. “I have a construction company that keeps me 100% busy. I think about it at night, and naturally, I am chomping at the bit to go. Now that Tim has won two of the last three races, I am going to have to get my butt in gear. I know the equipment is there, and I just have to shine.”