Doug Thorley, the first NHRA U.S. Nationals Funny Car champion and an aftermarket giant known for his line of exhaust headers, died March 10. He passed away peacefully at his home in New Harmony, Utah, due to causes incidental to advanced age. He was 92.

Thorley began his drag racing career in the early 1950s and also competed on the Bonneville Salt Flats. Thorley founded Doug’s Headers in Southern California 1958 and developed many forward-thinking parts, including the Tri-Y headers.

Beginning in 1964, Thorley was on the leading edge of the altered-wheelbase pre-Funny Car machines with an injected big-block Chevy-powered '64 Chevy II called Chevy Too Much.

When Funny Car became an official NHRA class in 1966, Thorley was there, and in 1967, he won the sport’s biggest event, the U.S. Nationals, in his Chevy Corvair SS/X entry in the first year that the class was contested at the event.

Although the Indy win marked the only NHRA national event triumph of his career, Thorley continued to campaign in the class, most memorably with a rear-engine Javelin. Thorley drove it first, followed by Norm Weekly and then Bob Hightower, who was driving the car when it was destroyed in a crash at Irwindale raceway in 1968.

Thorley was named to Car Craft's All-Star Drag Racing Team as Funny Car Driver of the Year in 1968 and inducted into the International Drag Racing Hall of Fame in 1998.

Thorley is survived by daughters Lynne Harnois, Kerrie Bringhurst, and Jan Dellavedova, and 14 grandchildren. He was preceded in death by his spouse, Dorothy, and daughter Gail Thorley. 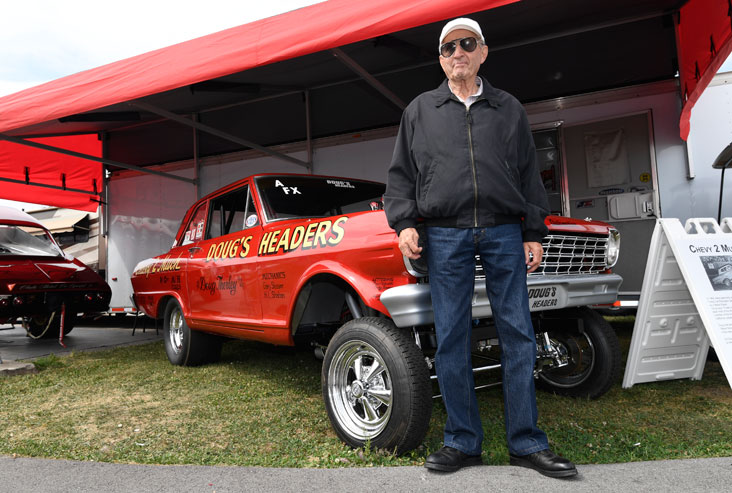