All 22 races will be broadcast on either FOX or FS1, including an event in the Countdown to the Championship once again airing on FOX adjacent to a FOX NFL broadcast.

That exciting opportunity took place for the first time in 2021, with the NHRA enjoying its most-viewed telecast of all time amidst a season full of impressive viewership numbers across the FOX Sports networks.

The first telecast on FOX in 2022 is the NHRA Thunder Valley Nationals in Bristol on June 19, beginning a string of five straight races that will appear live on the national broadcast network. That includes the famed three-race Western Swing that starts on July 15 in Denver and includes stops in Sonoma and Seattle.

The NHRA U.S. Nationals from Indianapolis airs on FOX and FS1 on Aug. 31-Sept. 5, with fans enjoying final eliminations of the world’s biggest drag race and the final race of the regular season on the network.

A trio of early-season events will have a motorsports lead-in on FS1, and the final 14 races of the season, including all six races in the Countdown to the Championship, include live coverage of eliminations on Sunday on either FOX or FS1. 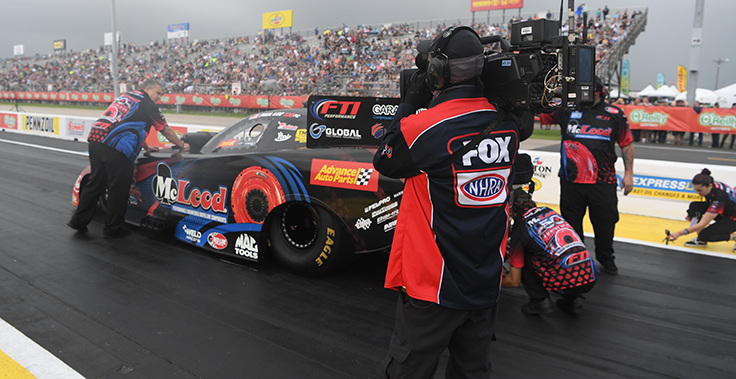 The NHRA and FOX relationship began in 2016, and NHRA and FOX Sports announced a multiyear extension of their agreement last year, including expanded coverage, the NFL adjacent event during the Countdown to the Championship, and five hours of finals coverage at the NHRA U.S. Nationals over Labor Day Weekend each year.

NHRA races will appear in Canada and the Caribbean through FOX Sports Racing, as well as through the FOX Sports app.