Top Fuel may get yet another new driver in 2022 when Jake Opatrny plans to make his debut. The 27-year-old McHenry, Ill., resident made licensing runs in Del Worsham’s Top Fueler in April , clocking a pair of 3.9-second passes at more than 300 mph.
22 Oct 2021
Phil Burgess, NHRA National Dragster Editor
News 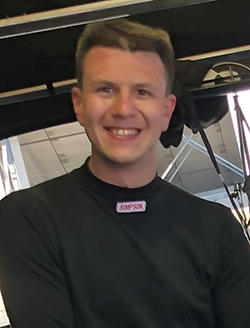 Top Fuel may get yet another new driver in 2022 when Jake Opatrny plans to make his debut.

The 27-year-old McHenry, Ill., resident, a graduate of the Frank Hawley Drag Racing School, made licensing runs in Del Worsham’s Top Fueler in April at The Strip at Las Vegas Motor Speedway after the conclusion of the four-wide national event, clocking a pair of 3.9-second passes at more than 300 mph. 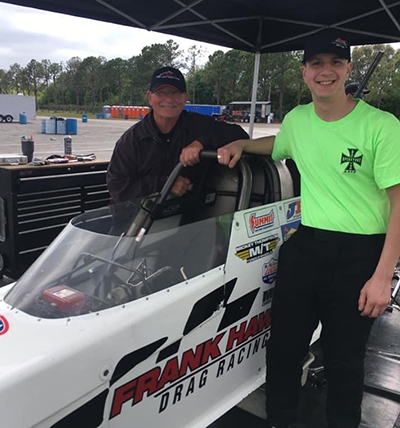 “My final pass was only my 21st run down the track in anything, so that’s wild. I’m just a guy who came out of the grandstands, went to Frank Hawley’s school for a few years to run his Super Comp cars, then tried out his alcohol car, and I asked Frank if he thought I could handle a Top Fuel car. He told me I shouldn't have a problem.

“It’s something that I've always wanted to do. I feel like it's been my life's calling ever since I saw my first pair of Top Fuel cars going down the track when my father and my uncle took me to my first race [at Route 66 Raceway] in Joliet when I was about 7 years old. I felt like as long as I'm here on this earth, I must answer my life's calling and at least give it a shot. You only live once, you only get one shot at these things, so I'm either going to be the guy that's going to continue to watch from the grandstands and or the guy who does it. I'm either gonna go out there and do this thing, or I'm gonna stand at the grandstands and wonder how I would have done."

Opatrny talked to a couple of teams this year hoping to make his debut, but he couldn’t make it happen for a variety of reasons.

“Funding, obviously, is the biggest hurdle, and as long as I'm not on the media radar, it’s going to be harder. I’m going to work to increase my social media following, keep my license current, and do it the old-fashioned way if I have to, but I’m going to do it.”