To win an NHRA Lucas Oil Drag Racing Series championship is one thing, but to rack up 734 points, as Luke Bogacki did in 2021, suggests someone capable of racing on a whole different level. From a statistical standpoint, what Bogacki was able to accomplish this season represents one of the greatest performances in the history of NHRA Sportsman racing.

Since the current scoring system was put in place in 1995, the 700-point plateau has been crested just 21 times, and no driver who has scored 700 points has ever failed to win a championship. Bogacki’s robust total of 734, the result of five wins in seven final rounds, is the fifth-highest total ever recorded. The only drivers to score more points are Peter Biondo, who has the three highest totals at 792, 765, and 743, and Al Corda, who scored 738 during his run to the 1997 Stock title. The historical implications of his record-breaking season aren’t lost on Bogacki, who even exceeded his own 732-point total during his 2014 title run.

“It’s pretty surreal,” said Bogacki. “I have the National Dragster from my 2014 championship on the wall, and I was in almost every final. I used to think I could never duplicate that. To even come close is awesome.

“I’ve been trying to justify to myself what’s different about this year,” Bogacki said. “Last year, I didn’t win a race. I told myself it was OK because I’ve got other priorities. I knew I had good equipment, but coming into this year, I never [knew] we’d have that type of success.”

It quickly became obvious that Bogacki would be racing for the title after he earned a runner-up at his first outing of the year at No Problem Raceway Park. He followed with victories at the last-ever Lucas Oil NHRA Southern Nationals in Atlanta and the Division 4 race at the Texas Motorplex. By then, he was in the middle of a full-blown championship fight. 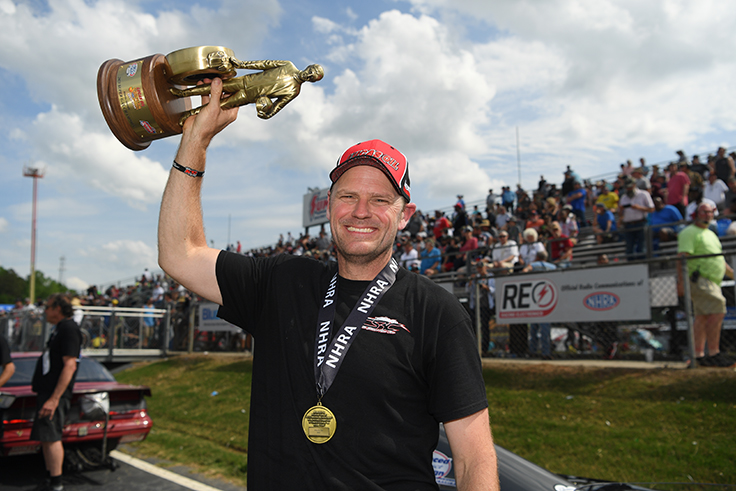 Bogacki’s performance in Atlanta was particularly impressive as he drove his ThisIsBracketRacing.com Camaro to a .012 light and a 9.905 in the final to defeat a tough opponent in Jonathan Anderson. By mid-May, Bogacki’s friends were already suggesting that he had the title in the bag, but he was having none of it.

“Atlanta was super early,” he said. “The first time it crossed my mind was Dallas. That was only a week after Atlanta, but by then, I’d been in three consecutive finals. There was a lot more work to do, and the season is long. Anyone who has done this for a while will understand there are years when you start hot or end hot. It’s rare to sustain that for eight or nine months to win a title.”

As the season wore on, Bogacki never took his foot off the gas. In mid-June, he went to another final at the Division 4 event in Tulsa, Okla., and shortly after that, he banked another victory at the Division 3 race at Summit Motorsports Park in Norwalk. At that point, it started to become much more obvious that anyone who wanted to take the top spot from Bogacki was going to need to put together a monster season in order to do it.

Bogacki didn’t have to sweat much, but he did acknowledge that his trip to Brainerd, which included the Division 5 Lucas Oil race and the Lucas Oil NHRA Nationals, proved to be the icing on the cake. Bogacki put a near hammerlock on the title with a semifinal finish on Thursday, backed up by a win on Sunday. 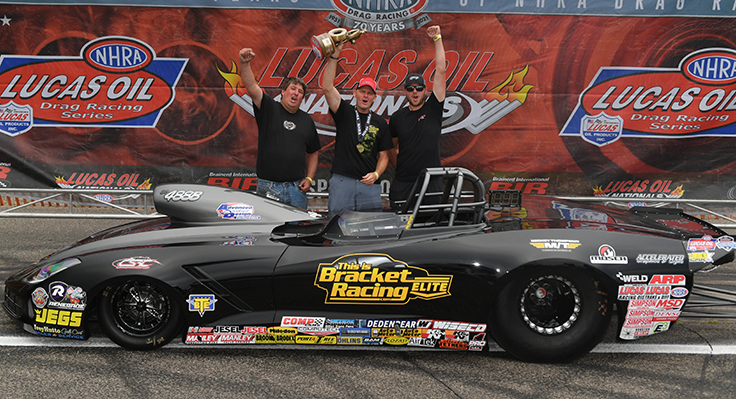 At the same event, John Labbous Jr., perhaps the biggest threat to Bogacki’s title hopes, continued to apply pressure with a win and a semifinal of his own.

“I felt really good after Norwalk,” Bogacki said. “I thought I had a score that would be difficult to beat. From that point on, the only serious threat was John, but if anyone was capable, it was him. On Sunday in Brainerd, he got to the semifinals. No disrespect to [runner-up] Dale Evans, but I really thought I’d be racing John in the final, and that would have been huge. When John lost, I had to recalibrate everything because that was not what I expected to see.”

Bogacki was done earning points by the divisional event in Richmond, and the final weeks of the season were rather anticlimactic. Challenger Rob Kropfeld won the Division 2 event in Rockingham but still needed a near-clean sweep of the final events to have a chance. Kropfeld elected not to travel to Las Vegas or Pomona and told Bogacki via text.

“I was watching the live timing from Rockingham on my phone and saw Rob win the final,” Bogacki recalled. “Later, he sent me a text and said he was done. He didn’t want to travel 3,000 miles to chase a longshot.”

Looking back on the season, Bogacki admitted that traveling and racing alongside with his wife, Jessica, who races in Super Comp, and having their sons, Gary and Jack, on the road helped put the fun back into racing.

“Everyone has fun when they’re winning, but for me, something disappeared over the past few years,” Bogacki said. “With the family, I get to do this in a way that is enjoyable. We enjoy the format of NHRA competition. For me, it’s more family-friendly than big bracket races, and I like the challenge of index racing.”

Bogacki also addressed the professional aspect of his third title. As someone who makes his living teaching others how to race primarily via his successful ThisIsBracketRacingElite.com website, he admits that a third title certainly looks good on his résumé. An $80,000 victory at a big-money bracket event in Montgomery, Ala., certainly didn’t hurt either.

“This is certainly good from a marketing standpoint, but I sort of view it the other way around,” Bogacki said. “This is a two-way street. I try to make my [students] better and vice versa. The big catalyst is the way we continually challenge one another. We have a sense of accountability to each other. It’s a big part of what we teach.”

Bogacki’s list of supporters begins with his wife, Jessica, and their sons, Gary and Jack. He also thanked Chris Estep and his co-workers and every member of ThisIsBracketRacing ELITE.