JEGS Allstars preview: An introduction to the talent-heavy Indy fields

Every year for the last 36 years, NHRA’s best sportsman drivers have come together for the annual JEGS Allstars competition. A unique event that rewards both individual and team achievements, the JEGS Allstars is comprised of up to 80 drivers representing ten NHRA Lucas Oil Drag Racing Series eliminators. They will compete for more than $125,000 in prize money at the upcoming Dodge//SRT NHRA U.S. Nationals. Here is a closer look at this year’s contestants. 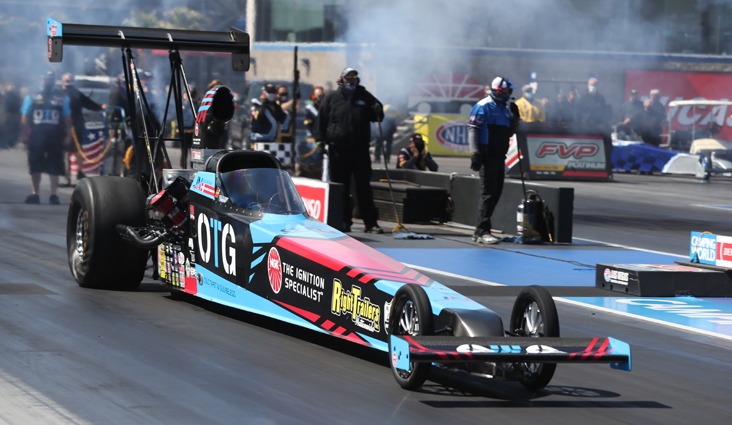 Jackie Fricke    East Region
Winner of the 2020 JEGS Allstars and has backed up that performance with five final-round appearances so far this season.

Duane Shields    East Region
He’s won almost everything there is to win in the Top Alcohol Dragster class except for the JEGS Allstars. That could easily change this year.

James Stevens     Central Region
Comes to Indy ranked among the Top 10 in what has become a very competitive class. Runner-up at Denver Regional event

Shawn Cowie    West Region
He’s won four races already this season and is hanging tough in the battle for the world title. A win here would be a nice bonus.

Joey Severance    West Region
By far the most successful driver in this field with four world titles to go along with four JEGS Allstars victories. 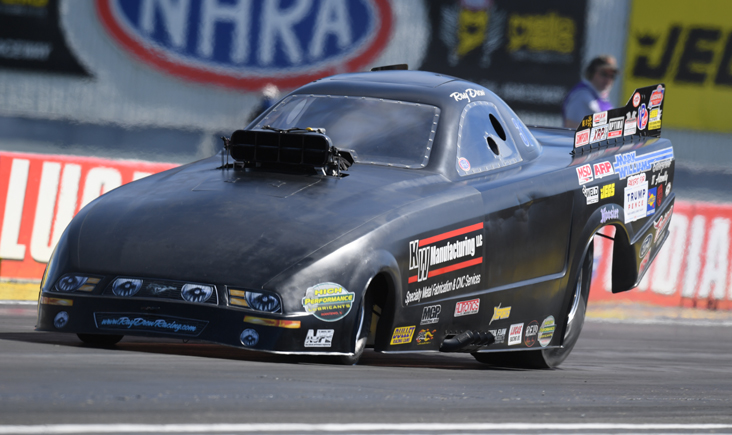 Dan Pomponio    East Region
You might recall that he was the runner-up here a year ago and drove a great race in the final. Expect him to be just as tough this year.

Chip Beverett    North Central Region
First JEGS Allstars appearance, but he’s been on a roll at Lucas Oil Raceway with a win at the Central Region event earlier in August.

Ray Drew    North Central Region
Won here last year (and the year before), and it was hardly a fluke. He defeated three world-class cars to earn one of the biggest wins of his career.

Bob McCosh    Central Region
Recently earned his first TAFC Wally in Topeka. It certainly won’t be his last. He’s a threat to win both the Allstars and Indy.

Kyle Smith    Central Region
Coming off his first national event win in Brainerd, and he looked good doing it with a stout 5.49 in the final.

Brian Hough    West Region
Already been to a pair of final rounds this year and he’s got help from world champ (and Brownsburg resident) Jonnie Lindberg.

Chris Marshall    West Region
He’s come so close to winning this event a couple of times and you’ve got to figure it’s all going to fall into place sooner or later. 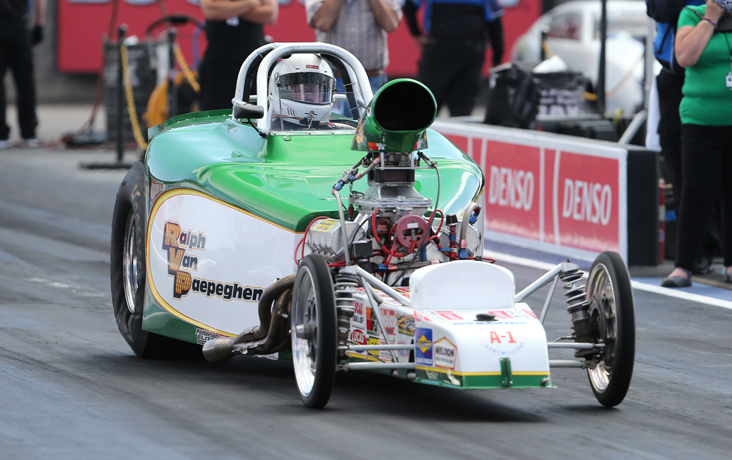 David Eaton    Division 2
In his last four starts, he’s got a win and two runner-up finishes which provides a nice confidence boost heading into the sport’s biggest race.

Ronnie Bohn    Division 3
First time Allstar has run just five events so far this season but he’s been to the final round in two of them, along with a semi at Indy.

Doug Engels    Division 5
He came very close to winning the world championship last year and he has remained hot with four finals (two wins) this season.

Ralph Van Paepeghem Division 6
His long-awaited first win in Sonoma has been one of the “feel good” moments of 2021. Now, he’s after JEGS Allstars glory.

Joe Mozeris     Division 7
So far this season, he’s been “Mr. Everything” in Comp with national event wins in Denver and Las Vegas. Very dangerous opponent.

Chase Williams    Blocker
If you can win a Comp race in Division 4, you can win anywhere, and he’s done just that with an impressive win in Houston. 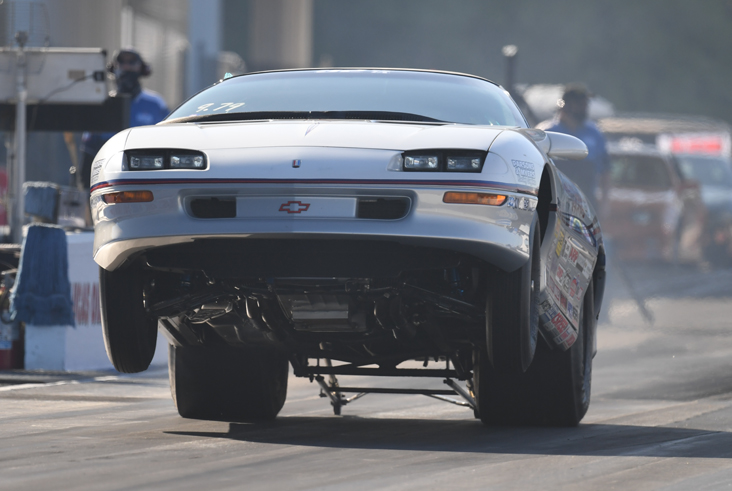 Bryan Worner    Division 1
Comes to Indy with a big No. 1 on the side of his Camaro was the world champion. That should count for something in this field.

Corey Taylor    Division 2
First-time Allstar has come into his own over the past couple of seasons with a win and a runner-up at Division 2 events.

Ricky Decker    Division 3
Might just have the upper hand against this tough crowd thanks to his win at the Indy Lucas Oil Series event earlier this month.

Jeff Miller    Division 4
A three-time national event finalist, he’s going to have a shot at one of drag racing’s most desired titles this weekend.

Justin Jenkins    Division 5
Last season, he swept the doubleheader Lucas Oil Series event in Topeka which is an extremely difficult feat to pull off.

Brian Brossart    Division 7
Hasn’t raced much this season, but he banked a pair of divisional wins last year to help punch his ticket to the JEGS Allstars.

Kyle Rizzoli    Blocker
Defending event champ has done his fair share of winning over the last few seasons. Coming off a near-double last month in Pomona 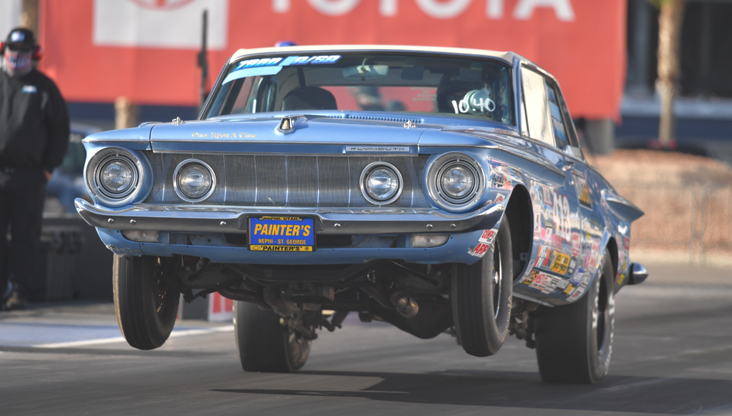 Matt Lisa        Division 1
Pinch-hitting for John Shaul at this event, but his credentials are worthy with a third-place finish last season in Division 1.

Jeff Hairrington    Division 2
Southeast Division rep is in hot pursuit of a Top 10 finish this season so why not add a JEGS Allstars title while he’s at it.

Randi Lyn Shipp    Division 3
Qualifying for her first JEGS Allstars was a big deal, but now the seven-time national event winner has a legit shot to win it.

Jerry Emmons    Division 4
He got the opportunity to compete after D4 rep David Latino had to back out. He also happens to be the defending Indy Stock champ.

Darrick Ellam    Division 6
Public service announcement: He drives what might be the slowest car in Stock eliminator, but do not take him lightly.

Slate Cummings    Blocker
One of the most successful racers in the history of the JEGS Allstars with five victories including the Stock title last season. 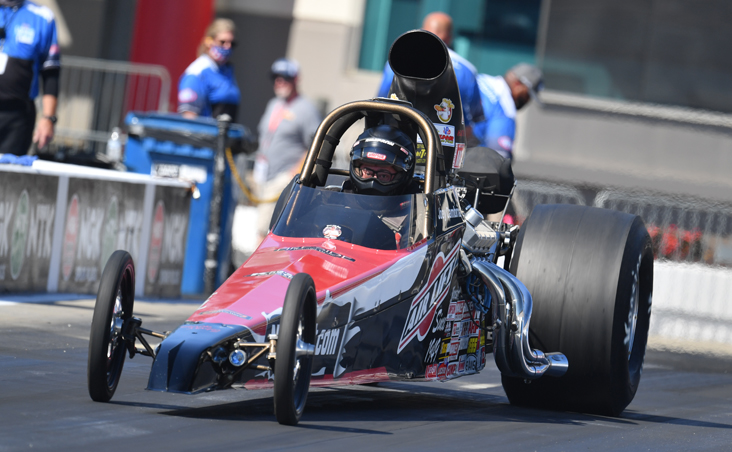 Joey Cambria     Division 1
Won in Richmond late last season and then went to the final round of the Lebanon Valley race earlier this season.

Ray Miller III    Division 2
Past world champion is one of the favorites again this year; Got off to a great start with a win and runner-up in March.

Zack Fisher    Division 3
The North Central Division has a lot of tough Super Comp racers and he’s one of them. Maybe a little home field advantage as well.

Christopher Dodd    Division 4
His 2020 season was one for the history books with a lot of wins and a world championship. He’s also the 2019 JEGS Allstars winner.

James Kunkel    Division 5
The only doorslammer driver in the field, he takes a unique approach to Super Comp, and it works very well for him.

Wade Archer    Division 6
Nobody travels from Washington state to Indy without the intention of winning and the Division 6 champ could do just that.

Val Torres    Division 7
In his first race of 2021, he turned on the win light in the final of the Las Vegas divisional to secure a spot in the D7 team.

Trevor Larson    Blocker
Defending champ is also the only driver to double-up at the JEGS Allstars. Every reason to think he can add another title here. 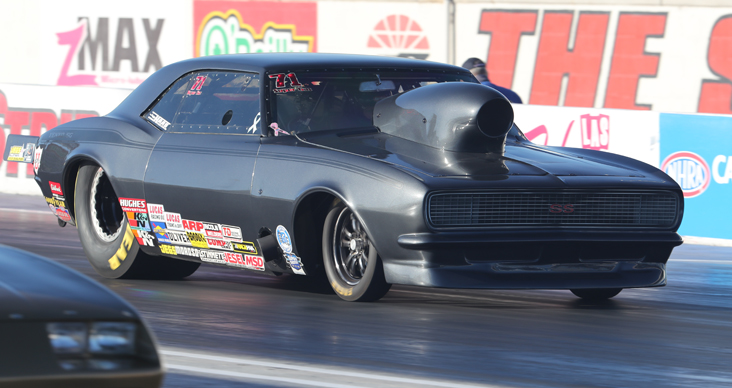 TC Smith        Division 1
Last year, he went to the final both days of the Richmond double-header and he added another final this year in Lebanon Valley.

Rusty Cook    Division 2
Two-time national event winner is also a past winner of the JEGS Allstars (2011). He’s another one who can handle pressure.

Bob Locke    Division 3
Greenwood, Indian resident has raced four times this season and has a win and a semifinal. Not a bad batting average.

Austin Williams    Division 4
The last time he raced in a final round at Indy, he was .000 off the starting line. That provides a glimpse of just how good he is.

Jeremy Demers    Division 5
The Division 5 team has been amazing in the overall competition and if they win it again this year, he’ll likely have a hand in it.

Greg Hehr    Division 6
Another of the reverse throttle stop racers, he’s got the ability to frustrate the competition by running 50-mph slower than them.

Jeremy Mason     Blocker
Former world champion and the defending JEGS Allstars champion is about all you need to know about his credentials. 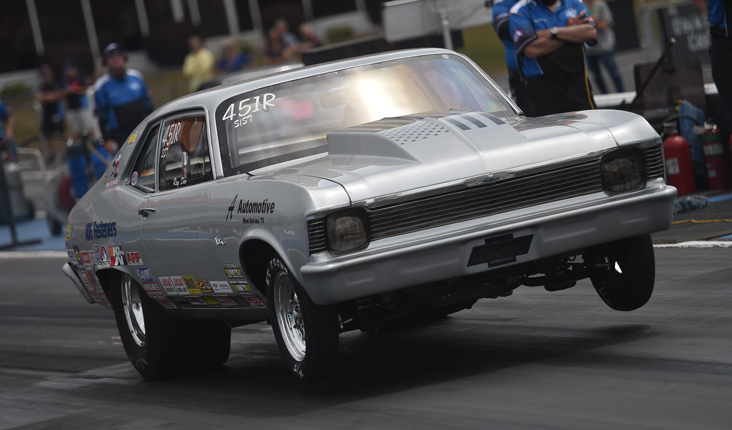 Brian Sawyer    Division 1
The Northeast Division has a fleet of tough Super Street racers and this guy happens to be one of the very best of them.

Jacob Rutledge    Division 2
He’s been crushing it in the Southeast Division so far this season with two wins and a runner-up in his first five races.

Alison Prose    Division 3
Earlier this year, she was featured among National Dragster’s best up-and-coming racers and she’s living up to that billing.

Jordan Pratt    Division 5
Peaking at the right time with a win last weekend at the Division 5 event in Brainerd. He’s also the current Division 5 leader.

Sean Shaffer    Division 6
Successful E.T. racers and reigning Division 6 Super Street champion figures to hold his own against the best of the best.

Ryan Giacone    Division 7
Won the Chicago national event in 2009 and he was in the final of his first Super Street event of the 2021 season in Las Vegas.

Kristopher Thies    Blocker
Helped lead the Division 5 team to an overall title last season with an impressive victory. Now, he gets to return as a blocker. 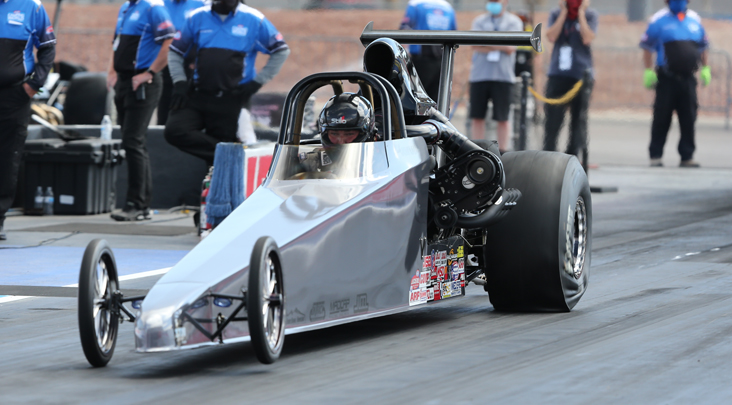 Anthony Bertozzi    Division 2
Easily one of drag racing’s most successful sportsman drivers, he’s coming in on a high not after a big Super Stock win in Brainerd.

Aaron Stanfield    Division 4
Between Pro Stock, Factory Stock, and the JEGS Allstars, he’s got a full plate this weekend, and he figures to do well in all of them.

Bradley Johnson    Division 5
This is the guy who put together an amazing win streak at the end of 2020 that was almost enough to win the world title. He enjoys the pressure.

Mike Mendenhall    Division 7
Headed to Indy for his first Allstars appearance fresh off his first national event final at the delayed Lucas Oil Winternationals in Pomona. 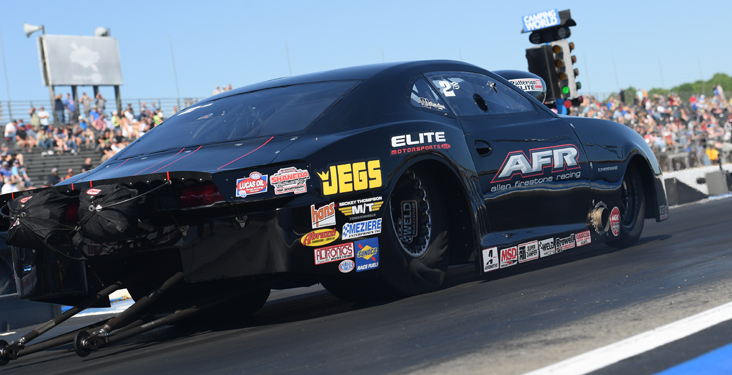 Ron Riegel    Division 1
The reigning Division 1 champion and last year’s No. 3 driver in the Top Sportsman class. He also won earlier this season in Gainesville.

Doug Gbur    Division 2
Did a lot of damage earlier this season in his native Division 2 with a pair of victories and he’s got a legit shot to be a world champion.

Bob Gulitti    Division 4
He won the Tulsa Division 4 event earlier this season and then came right back and went to the final of the Division 5 event in Topeka.

Robert Strohm    Division 6
Seattle-based racer is be making his second appearance as an Allstar. Fresh off a semifinal finish at the Brainerd divisional event.

Joe Roubicek    Division 7
He hasn’t race much this season but he’s got plenty of experience including an Allstars victory in 2011 and a pair of national event wins.

Allen Firestone    Blocker
Defending race winner also happens to be the guy who right now is sitting atop the points standings in the Top Sportsman class.